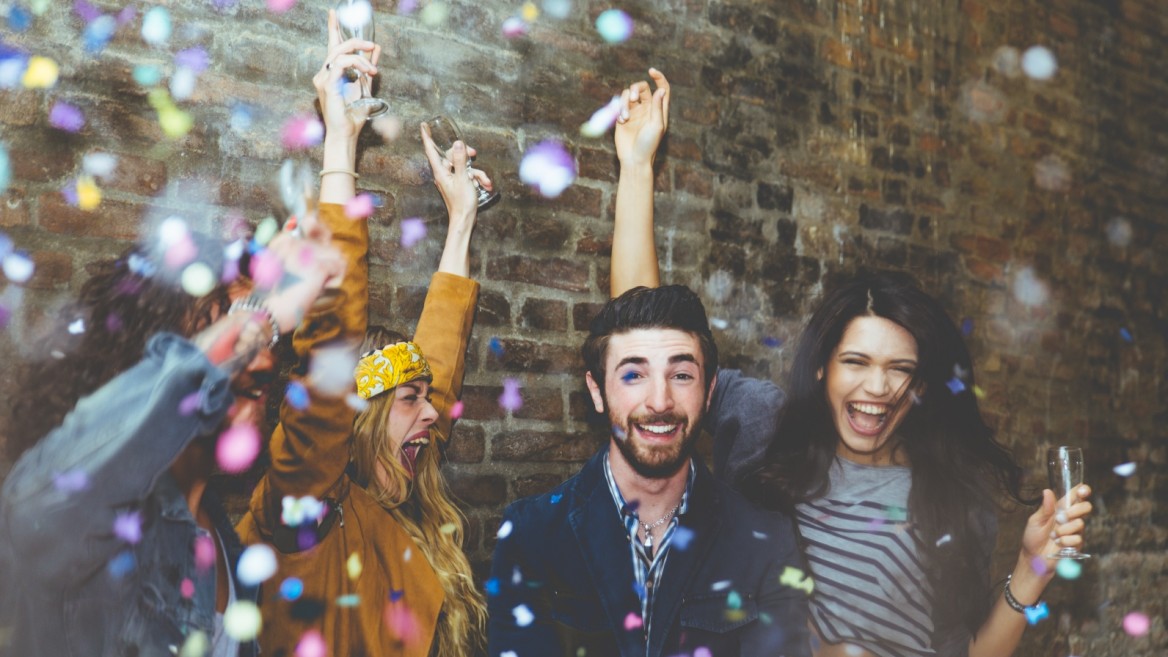 We may all be looking forward to seeing the end of 2016, which many consider one of the worst years in recent history, but it hasn’t been all bad. To cheer you up, and bring you into the new year with hope and happiness, we’ve put together a list of Israeli achievements that made 2016 an exceptional year.

Two hundred participants at an International Symposium in Tel Aviv watched a revolutionary live streamed medical procedure to cure a woman’s essential tremor without incisions or anesthesia. The 65-year-old patient, who had suffered tremors for a decade, walked out of the three-hour procedure and sliced a cake, without a tremor. 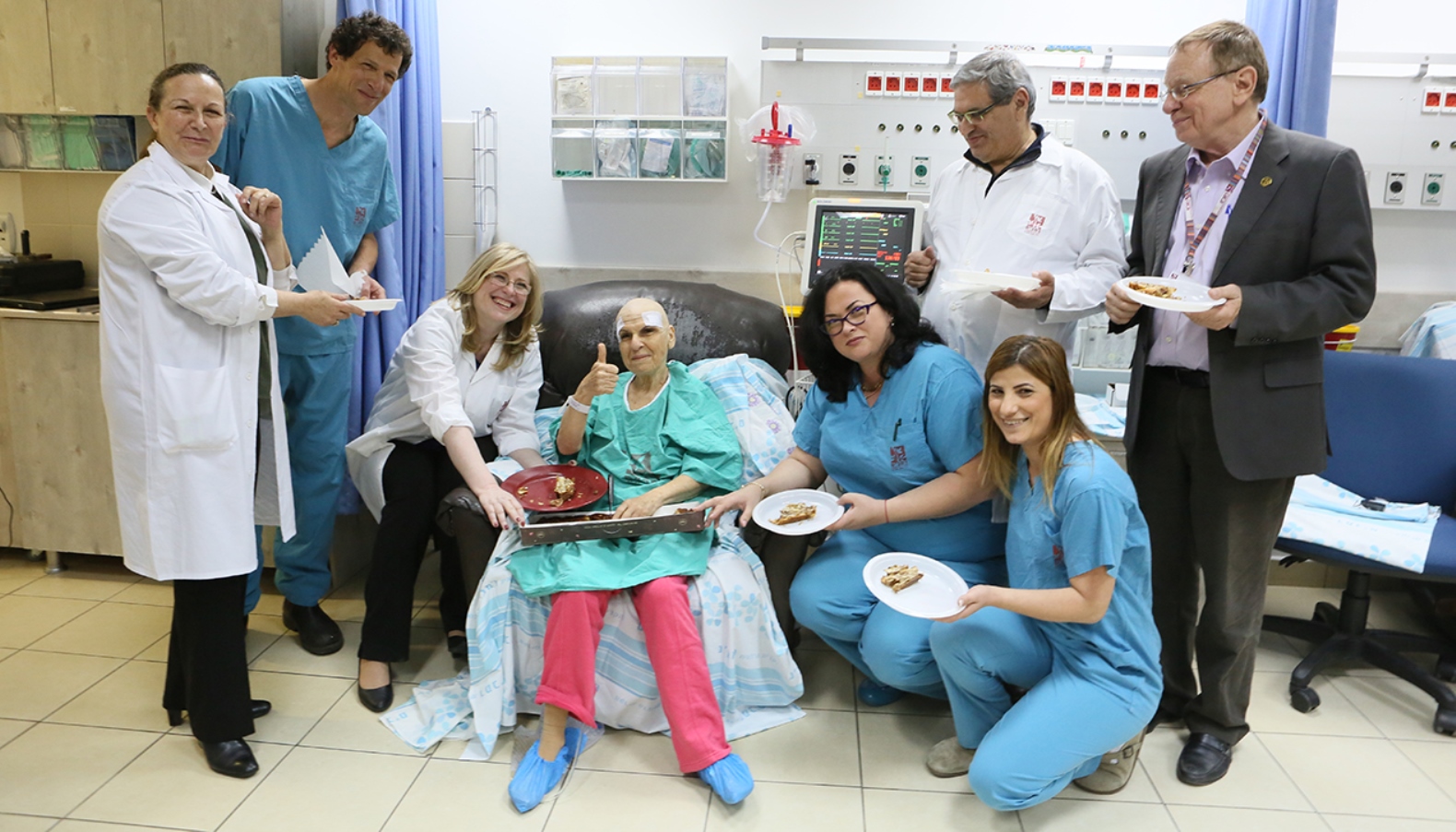 Israel opened the world’s first blood bank… for birds. Considering some 500 million birds migrate through Israel twice a year, this is good news for the avian world.

Israeli scientists have made a major breakthrough in the field of breast cancer, finding a way to stop the spread of the disease in mice. The researchers believe their results might also be applicable to humans.

The United Nations recognized the IDF Medical Corps as a leader in field medicine and disaster relief, bestowing the World Health Organization’s first ever Type 3 rating for its field hospital.

Lifegraph launched a new app that can help people suffering from mental health problems predict and prevent emerging breakdowns, in some cases even helping to save their lives.

An Israeli company launched a technology that uses artificial intelligence to analyze legal contracts, saving people thousands of dollars on legal fees, and finally giving power back to the people.

When Chile was hit by a powerful magnitude 7.7 earthquake, no one was killed thanks to a mass alert system developed by Israeli company eVigilo.

Hundreds of low-cost, lightweight wheelchairs made in Israel were donated to disabled Palestinian children and to children in Peru and Tajikistan. 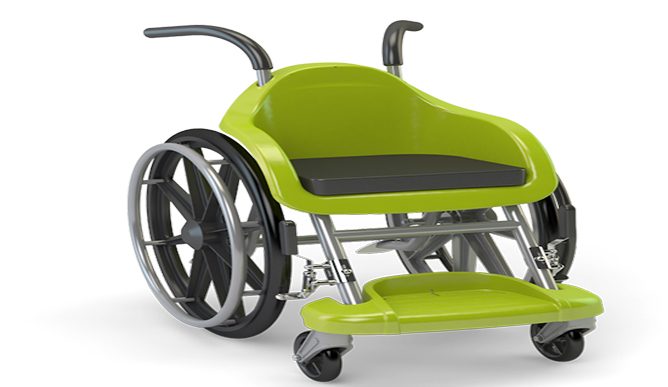 Wheelchairs of Hope, meant especially for children, are meant to look like a fun toy. Photo: courtesy

Israeli scientists announced that they have found a way to produce clean energy from spinach.

A Jerusalem company developed the first camera-band accessory for the Apple Watch.

Israeli, Jordanian and Palestinian Authority scientists announced that they are working together to study the Dead Sea in order to find ways to rehabilitate it and the region around it. 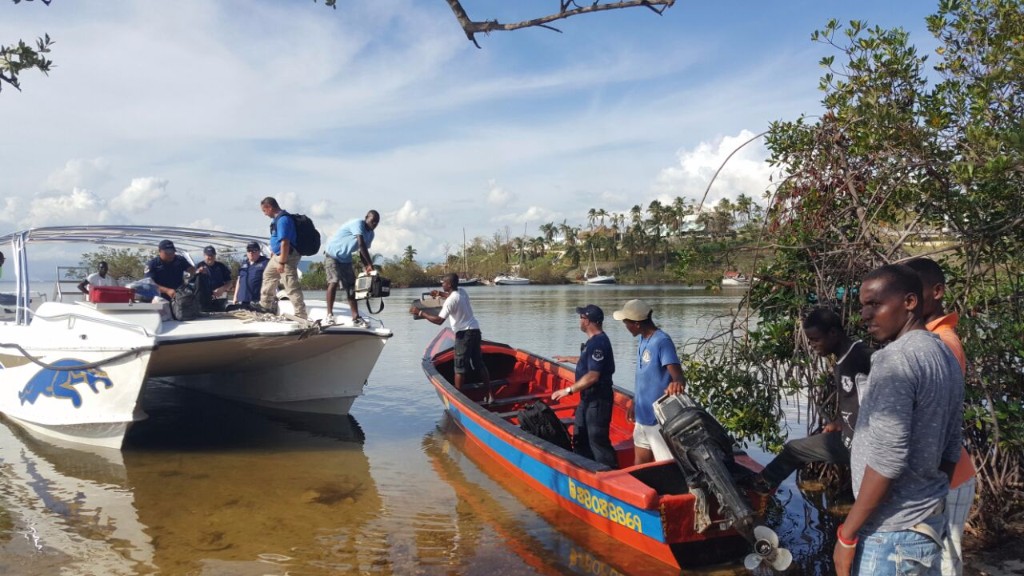 Some of the medical equipment brought in to Haiti by Jet911. Photo courtesy of United Hatzalah

An Israeli company launched WoundClot, a gauze made of plant cells that can absorb 2,500% of its own weight in fluids and stop hemorrhaging in minutes.

In one month alone this year, an Israeli activist helped arrest nine traffickers in Uganda, including two army officers; four ivory and elephant tail traffickers in Gabon; and three ivory traffickers each in Togo and Senegal, among others.

Travel sickness could become a thing of the past thanks to an Israeli company, MotionCure, which launched a neck brace that uses pulse technology to put a stop to symptoms such as nausea and dizziness. There are plans for it to be used for chemotherapy patients too. 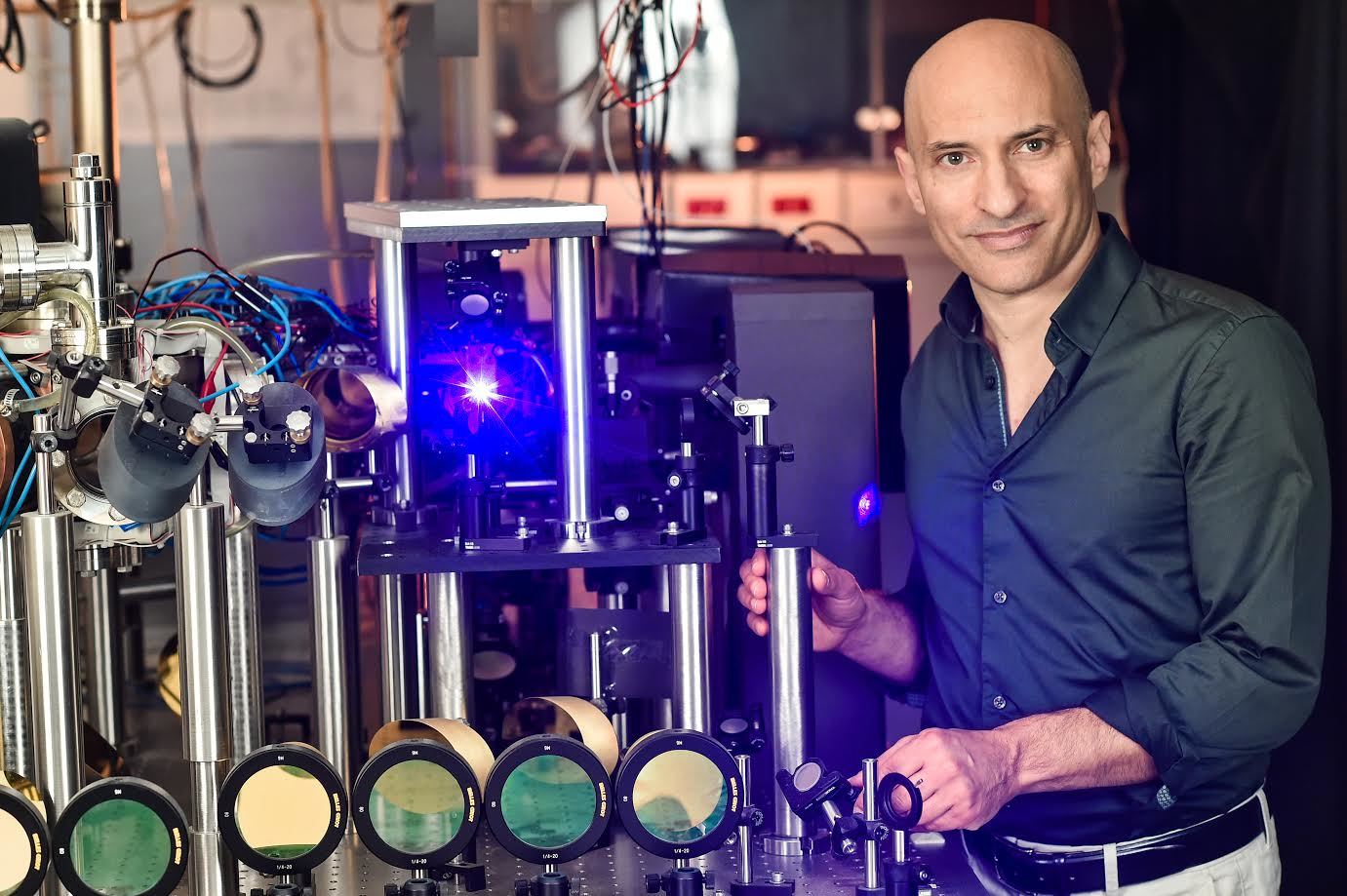 The blue light emanates from the location of the sonic black hole in Prof. Jeff Steinhauer’s Atomic Physics Lab at the Technion-Israel Institute of Technology. Photo: courtesy

Engineering students from Tel Aviv University brought solar power to a remote Tanzanian medical clinic. Also this year, a team of Israeli volunteers from Save a Child’s Heart, based in Holon, flew to Tanzania to carry out lifesaving heart surgery on dozens of children.

Israeli wines finally got the recognition they deserve when the venerable wine magazine Wine Spectator devoted its cover story to Israel’s new generation of vintners.

Gaash Lighting introduced a futuristic new outdoor lighting system at a conference in Eilat that can significantly cut down on energy costs and environmental pollution.

After a nine year battle against developers, the beach at Palmahim has become a national park, preserving one of the country’s most biodiverse and pristine sites.

An Israeli researcher working as part of a breakthrough international study announced this year that consuming a daily $4 vitamin-enriched drink could help improve memory, reduce brain shrinkage and slow the progression of early Alzheimer’s disease.

Israeli experts from the Israel Trauma Coalition flew to France to help train first responders how to handle psychotrauma in the wake of a series of deadly terror attacks.

A five-year-old Syrian girl received lifesaving bone-marrow transplant treatments at the Rambam Health Care Campus in Haifa. She is one of hundreds of Syrian patients who have been treated in Israeli hospitals this year, despite the fact that Israel and Syria are enemy states. 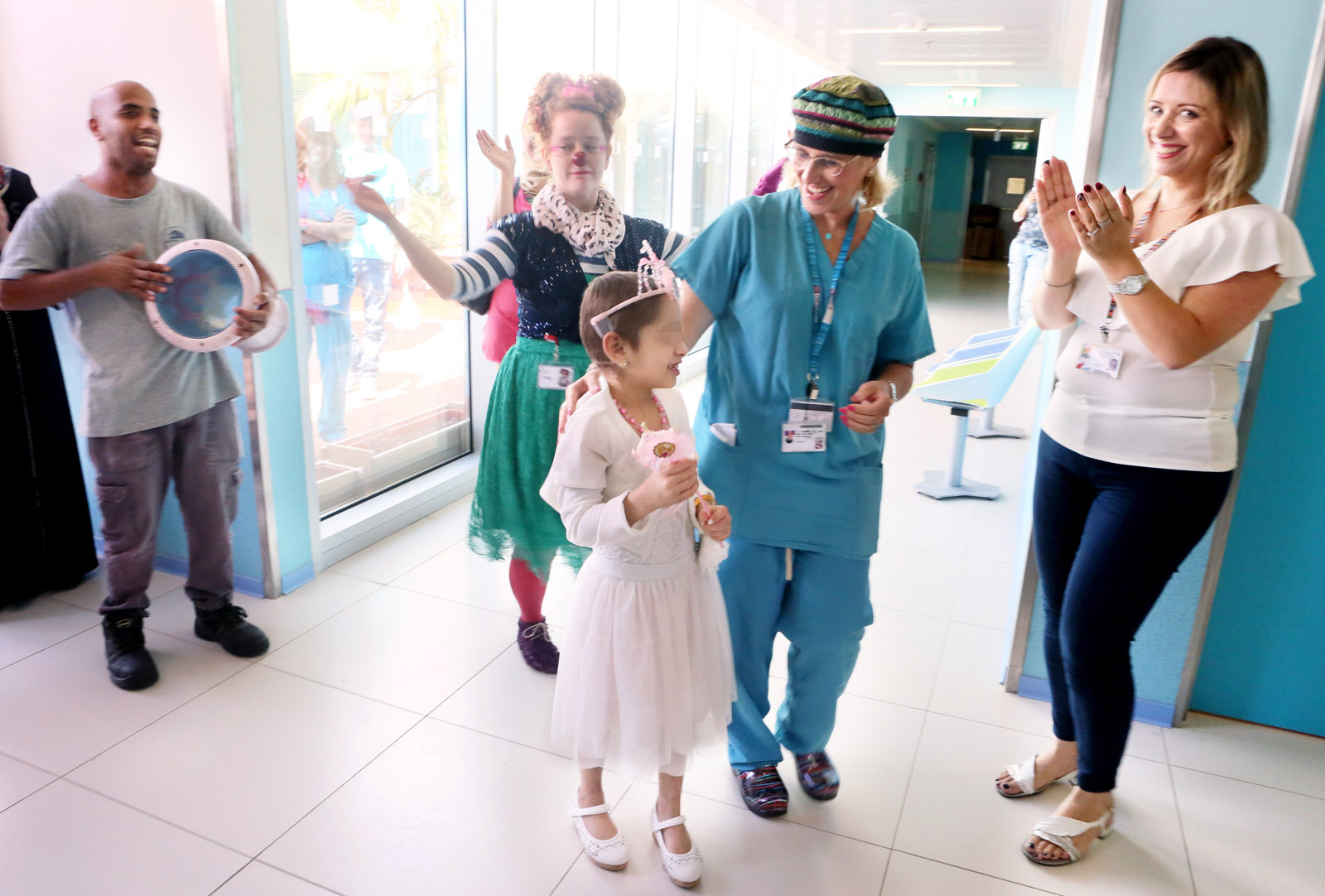 Tel Aviv University scientists announced that they’ve come up with a game-changing microscopic technology that can pinpoint the best sperm cells and make getting pregnant easier.

An Israeli company received CE approval for a bone-graft product made of enhanced coral. For use in dental and orthopedic procedures, the coral material – grown in the Israeli desert – is four times stronger than human bone.

Israeli backpackers were able to save the life of a Japanese tourist who was buried in a rockslide on the Annapurna Circuit.

Farmers in California began a new project to use Israeli drip irrigation to grow rice, in an effort to drastically reduce the amount of water ordinarily used in growing rice.

SoftWheel, the Israeli company that has revolutionized wheelchair tires, announcedthat it is now moving into the automotive market. This is good news for drivers, as the company’s new car wheel will make flat tires a thing of the past.

On Good Deeds Day this year, 1.3 million Israelis (out of a population of 8.5 million) took part in volunteering projects all over the country. Good Deeds Day was founded by Israeli businesswoman and philanthropist Shari Arison 10 years ago.