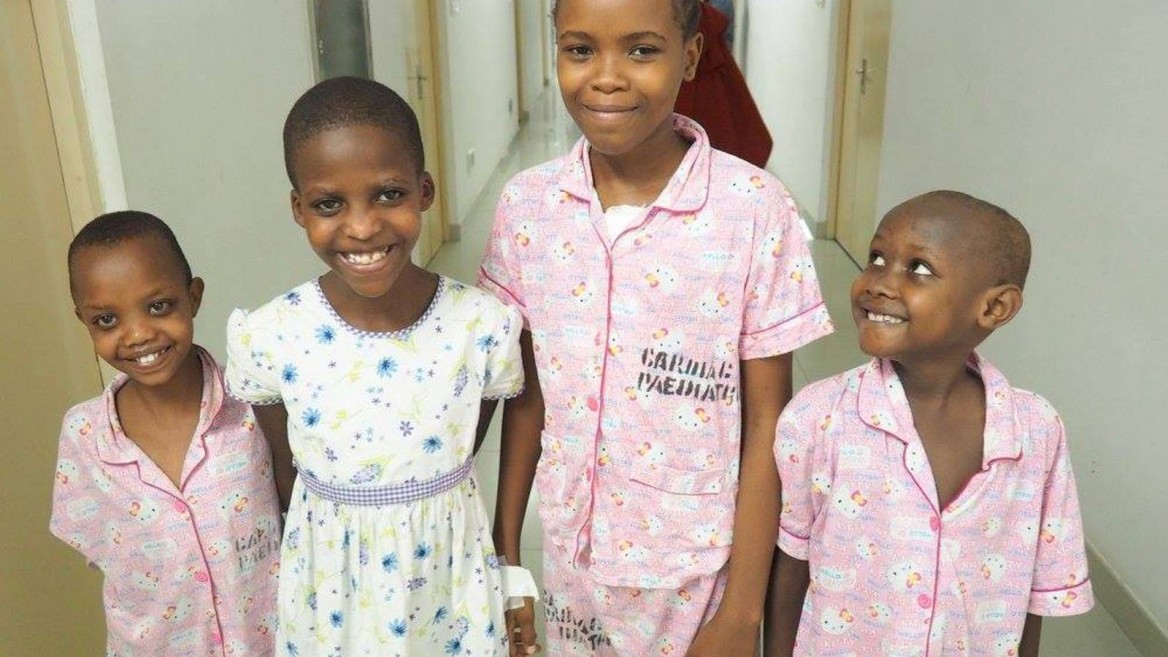 Tanzanian children are happy to be getting a new lease on life thanks to the Israeli medical team. Photo courtesy of SACH

Shadia Jirani, an 18-month-old Tanzanian girl, was born with a giant hole in her heart. Without surgery her chances of survival were grim.

Shadia was the first child wheeled into the operating room at Jakaya Kikwete Cardiac Institute (JKCI) in Dar es Salaam, Tanzania, during a weeklong medical mission in March undertaken by a team of cardiologists, nurses and volunteers from the nonprofit Save a Child’s Heart (SACH) at Wolfson Medical Center in Holon, Israel.

“It would seem the SACH team arrived just in time,” remarked Randi Weiss, SACH Young Leadership director in her daily blog about the mission, which was sponsored by Save a Child’s Heart Canada. 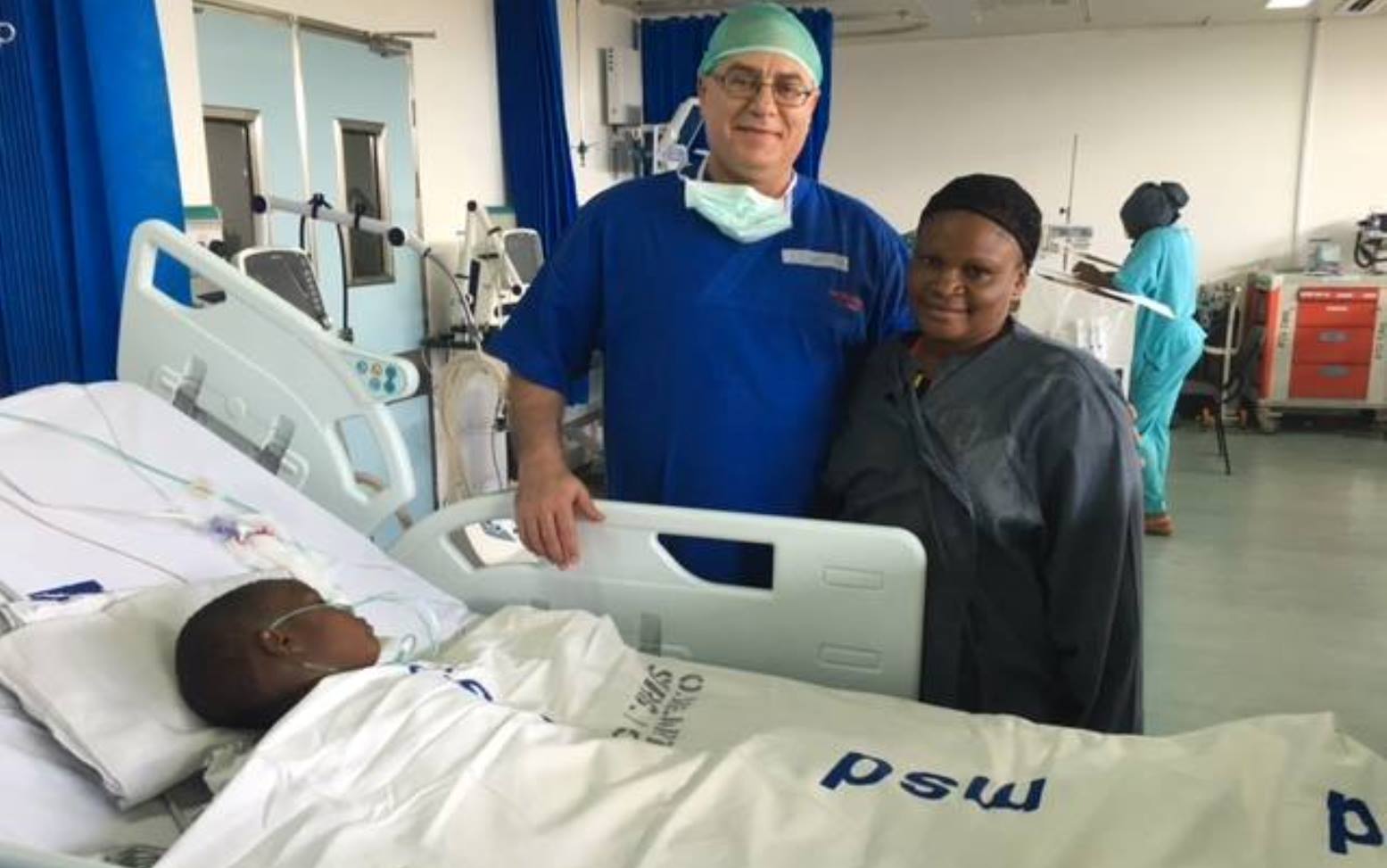 Dr. Lior Sasson, Save A Child’s Heart lead surgeon, with a mother whose daughter had successful surgery on March 8. Photo courtesy of SACH

While Shadia’s surgery was underway on March 6, Dr. Akiva Tamir and Dr. Sagi Assa were leading a team performing cardiac catheterizations one floor below.

The SACH team worked with Godwin and pediatric cardiologist Dr. Naiz Majani, who was also trained by SACH in Israel. Though these Tanzanian physicians work independently with their team in JKCI, SACH sends volunteer medical teams three times a year to assist with the large number of children waiting for lifesaving treatments. However, it was the first time they were doing catheterizations.

In their first procedure, they repaired a life-threatening hole in a child’s artery, sparing her from surgery and weeks of recovery. A catheterization of this nature had never been performed in Tanzania before. 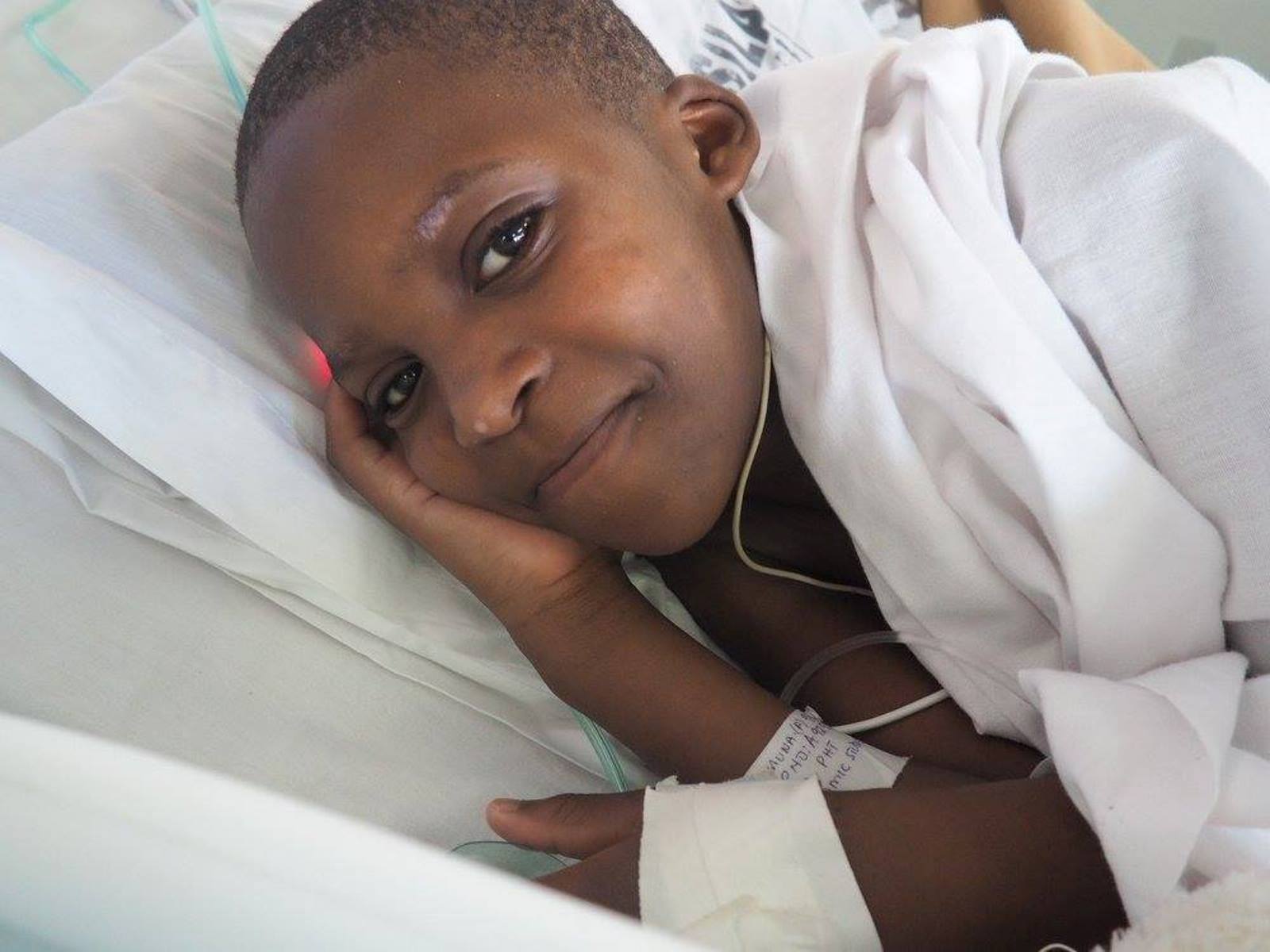 Zahara was the first catheterization patient of the March 2016 SACH mission to Tanzania. Photo courtesy of SACH

Long lines of parents and children

The Israelis brought along medical equipment as well as items such as bubbles and coloring books to cheer the young patients. Non-medical volunteers from Los Angeles and Israel included Dafna Jackson, personal assistant of major SACH supporter Morris Kahn.

“The Tanzanian and the Israeli medical teams fell right into place as if they’d all been working together for years,” Weiss reported.“They quickly and efficiently prepared their departments for their respective procedures, and within a few hours they began attending to the long lines of children and their parents outside of the cardiology clinic, each anxiously waiting for an echocardiogram.”

SACH’s Dr. Alona Raucher worked with Majani to screen scores of children from Tanzania and Zanzibar. Some will be travelling to Israel for lifesaving treatment in the near future. 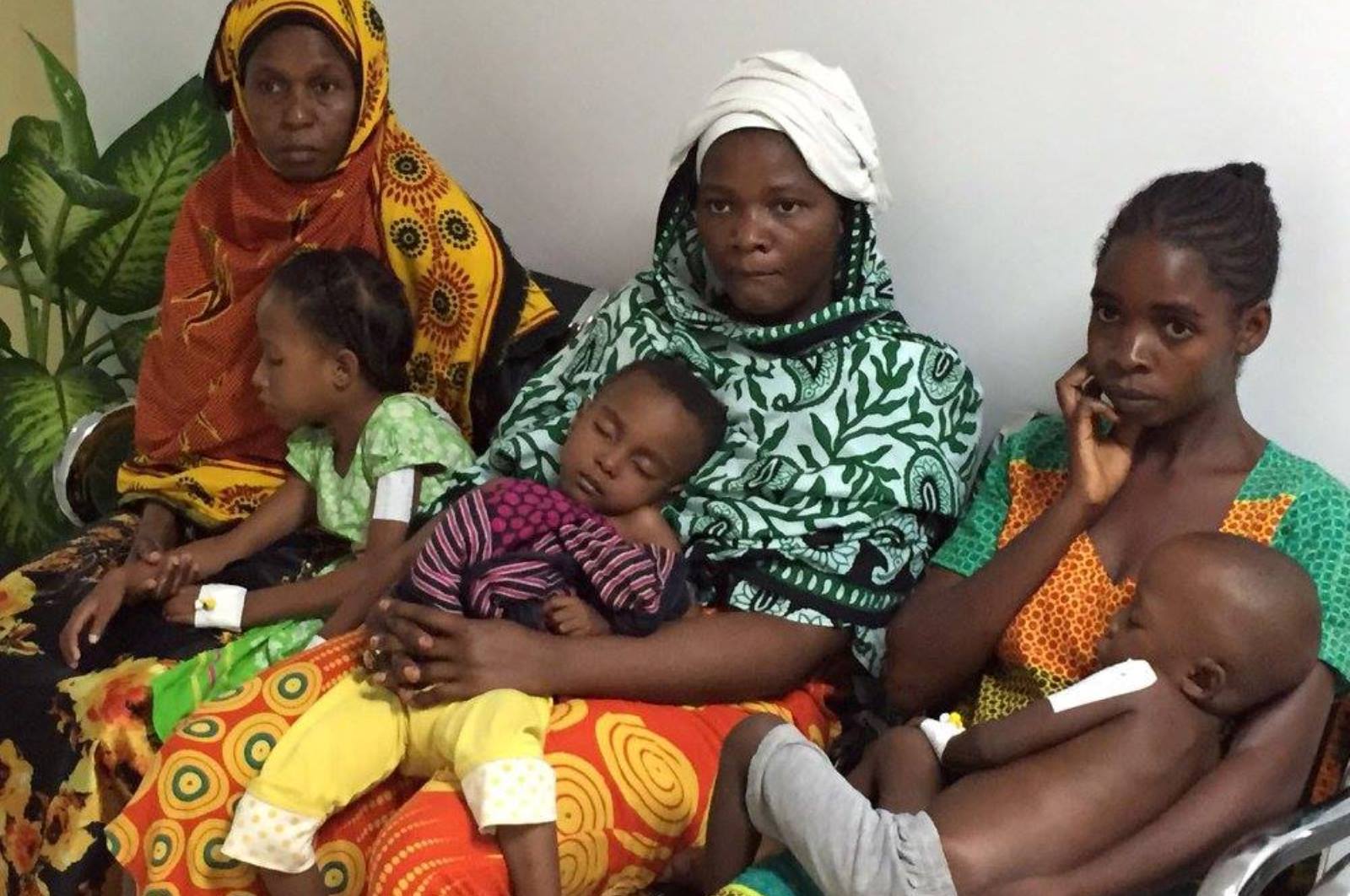 Mothers and children waiting to be evaluated by the Israeli doctors in Tanzania. Photo courtesy of SACH

The Israelis often do checkups or follow-up procedures on patients they treated months or years previously.

One catheterization patient was five-year-old Muhammed Ali from Zanzibar, treated in Israel four years ago for PDA, a persistent opening between two major blood vessels leading from the heart.

“The medical team knew at the time this would be part one of a two-part treatment for his complicated issue,” said Weiss. “For four years now, his mother has been taking him to meet our medical team on missions to Zanzibar, and has been waiting for the day that she’ll be told she needs to return to Israel with him for his final treatment.”

However, due to recent advancements in pediatric catheterizations and the expertise of the visiting Israelis, the child was able to have his final treatment that day in Tanzania and will not need further surgery.

Another emotional reunion was with 19-month-old Dorice and her mother, Elieth, who came in for a follow-up to Dorice’s lifesaving operation in Israel in December 2015. This was an especially memorable case because while Dorice was in surgery her mother went into labor and gave birth at Wolfson to a healthy girl. Dorice was checked out in Tanzania and pronounced healthy.

Then there was Esther, an orphan who had been treated in Israel in 2010 for rheumatic heart disease. She told Raucher that she hopes to become a medical doctor, maybe even a cardiologist. Her echo showed very good results and as far as the medical team can tell, she won’t be needing any further treatments in the near future. 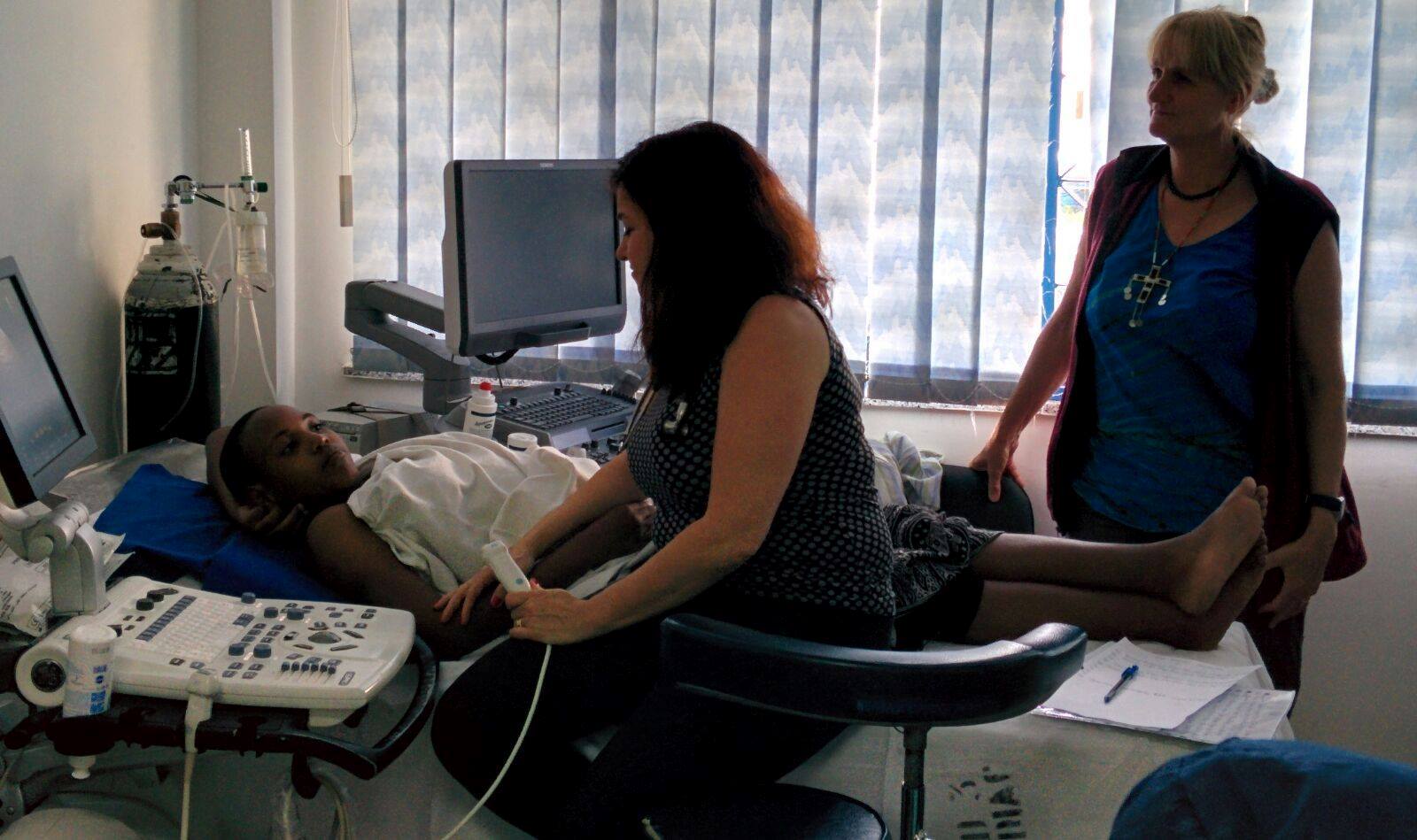 Among the new patients was four-year-old Khaifu, brought in by his father, Abraham. Khaifu had been sickly for two years, but the clinic in the family’s village 10 hours from Dar Es Salaam did not know how to help. A doctor on a humanitarian visit from the UK finally diagnosed Khaifu and referred Abraham to JKCI. They arrived three weeks before SACH and Majani felt it best to wait for their Israeli partners.

A grateful Abraham told SACH: “Every day I pray to God to rescue my son because I know he is in trouble. He does not enjoy life because of his bad heart. I tried in so many ways to save my son. Now we are here and you are here, and I will just pray and pray.” 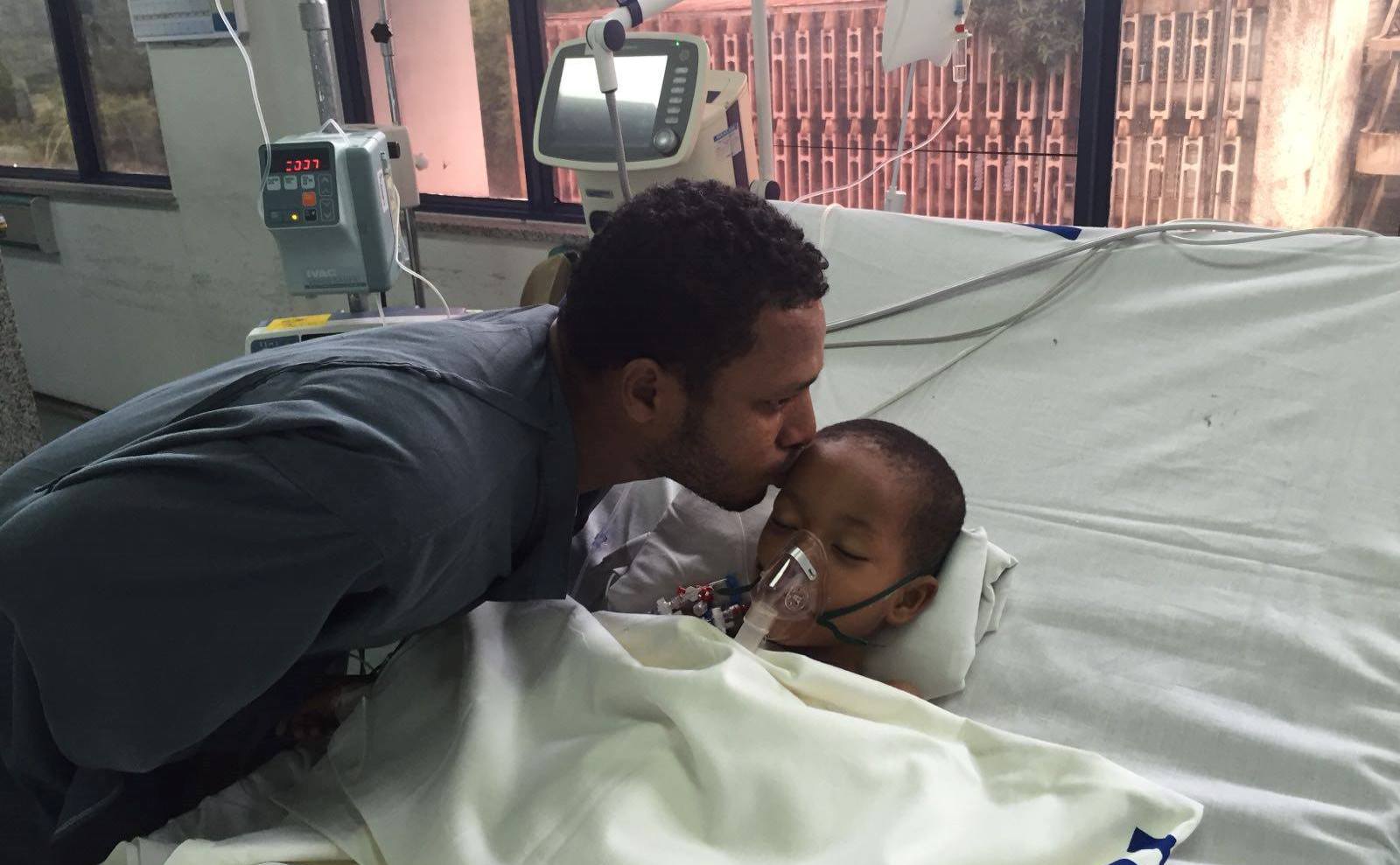 Save a Child’s Heart will soon break ground on a children’s hospital at Wolfson that will improve care for Israeli children of the region and will include an international pediatric heart center.