MotionCure sends pulses to the brain through both the median nerve at the back of the neck and the inner ear’s vestibular system. Photo: courtesy

For people who suffer from motion sickness, the revolting feeling of nausea, dizziness and unevenness can be debilitating.

The market has numerous wearable devices and anti-nausea pharmaceuticals boasting cures or prevention, but as most sufferers will tell you, almost nothing works.

Now, an Israeli team of entrepreneurs offers a solution for some sufferers.

It’s called MotionCure and it is developed by Sidis Labs, a Tel Aviv startup that is pulsing away all those bad feelings.

“There’s no on/off solution to motion sickness. For some people, MotionCure doesn’t work and we’re honest about it. If it doesn’t work for you, just return it. But for others, the reviews are saying, ‘This is like magic for us.’ It can be an amazing solution.”

MotionCure is a neck brace that looks like a cross between cervical collar worn after a whiplash injury and an airplane travel pillow.

The brace transmits pulses to the brain through both the median nerve at the back of the neck and the inner ear’s vestibular system — a network of nerves, channels and fluids in your inner ear, which gives your brain a sense of motion, equilibrium and spatial orientation. The customized frequencies sent to the body and brain help reduce symptoms of motion sickness.

While there are other devices claiming similar results, Raz says, “the real competition is medical; prescriptions, not other devices.” 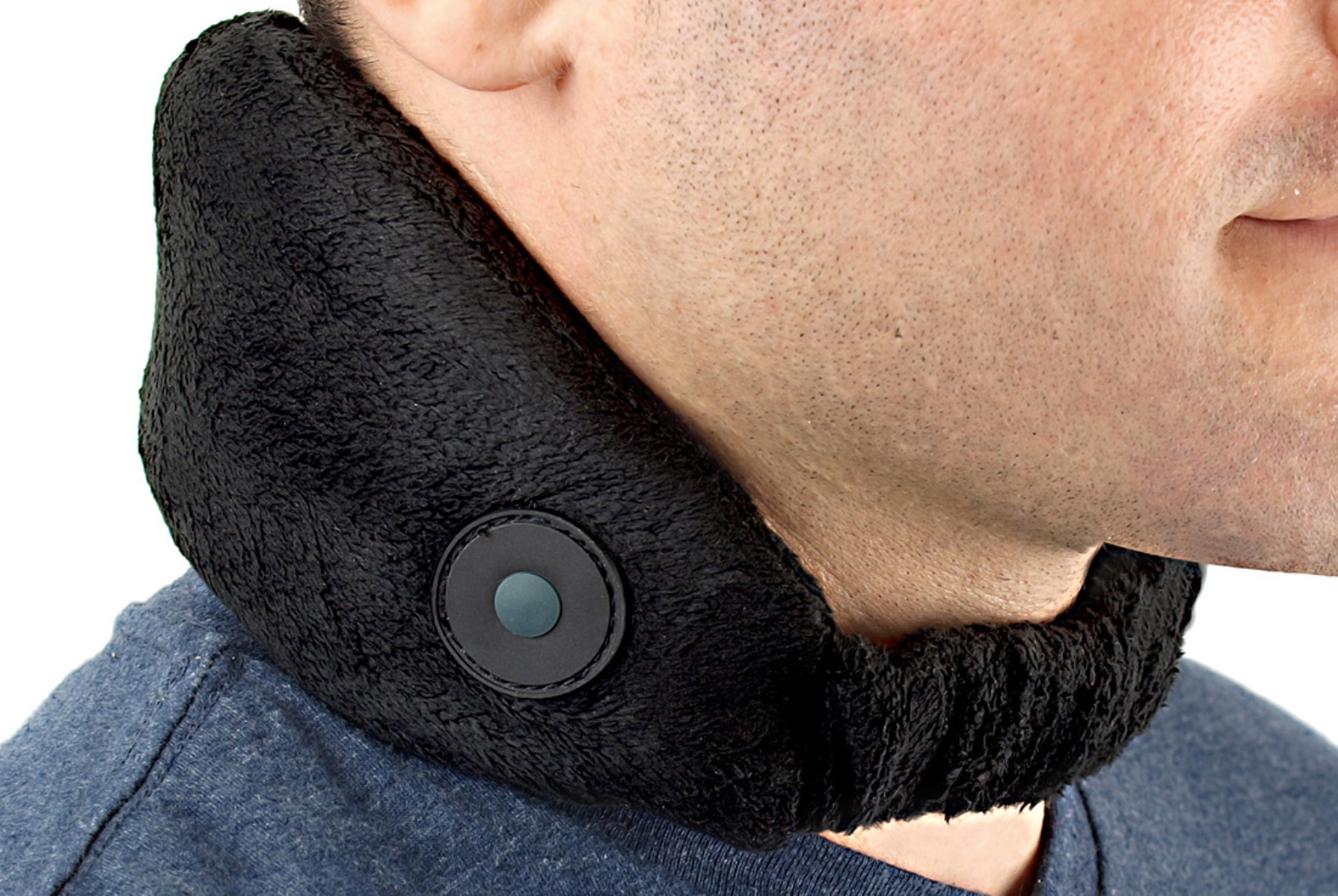 MotionCure is worn like a neck pillow. Photo: courtesy

“Motion sickness is thought to occur when there’s a conflict between what your eyes see and what your inner ears, which help with balance, sense,” according to the National Health Service of England website.

“Your brain holds details about where you are and how you’re moving. It constantly updates this with information from your eyes and vestibular system. If there’s a mismatch of information between these two systems, your brain can’t update your current status and the resulting confusion will lead to symptoms of motion sickness, such as nausea and vomiting.”

A ride in a car, ship, airplane or train can cause motion sickness. People also can get these unpleasant symptoms from amusement park rides or from watching fast-paced movies or video games.

When the company first developed its product and tested it Israel in 2015, providing a cure – or at least some help – for motion sickness sufferers was its goal. In the second quarter of 2016, when MotionCure hit the market, the Sidis Labs team was in for a surprise.

Customers who bought the wellness device wrote to the company to say it was bringing comfort to chemotherapy patients and women experiencing morning sickness as well.

“I never expected that we could help people suffering from side effects of chemotherapy. With motion sickness, the worst-case scenario is that you vomit. You can deal with it. But when you get chemo, you suffer from so many other things, and if we can make your life one percent better, it would make us so much happier,” Ami Dror, a cofounder and investor in Sidis Labs, tells ISRAEL21c. 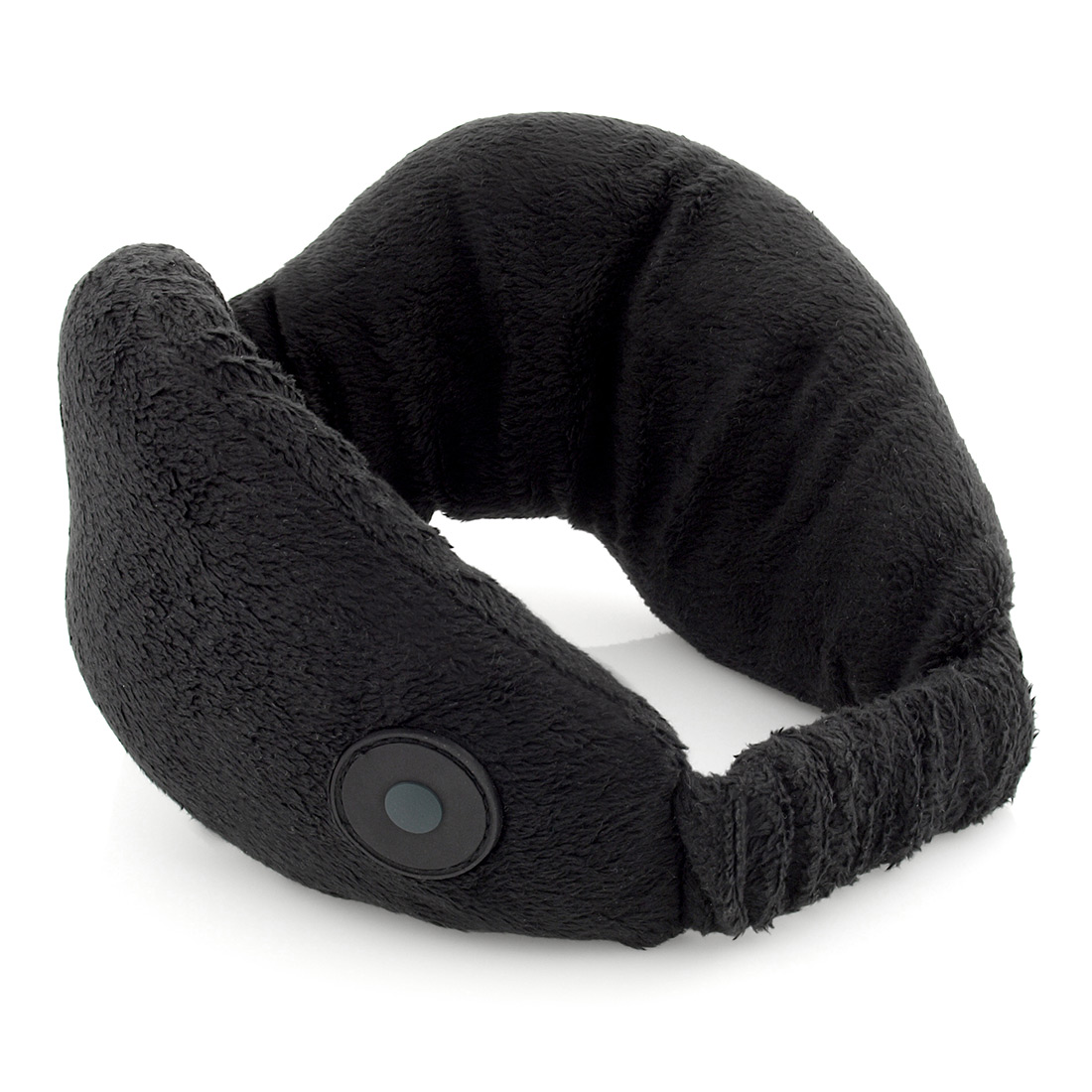 Raz says a letter from a cancer support group leader to the company, relating how a woman in her group could finally ride in a car without getting sick and could keep her balance while walking thanks to the Israeli device, prompted the Sidis Labs team to introduce a new policy and set out to help as many cancer patients as it could.

Anyone in chemotherapy who wants to try MotionCure can contact the company and will be given the $149 device for free.

Raz says he’s not worried about the likelihood that he will be deluged with requests. “Our mission is to provide our customers with the highest value and quality of products in order to make their life better,” he says.