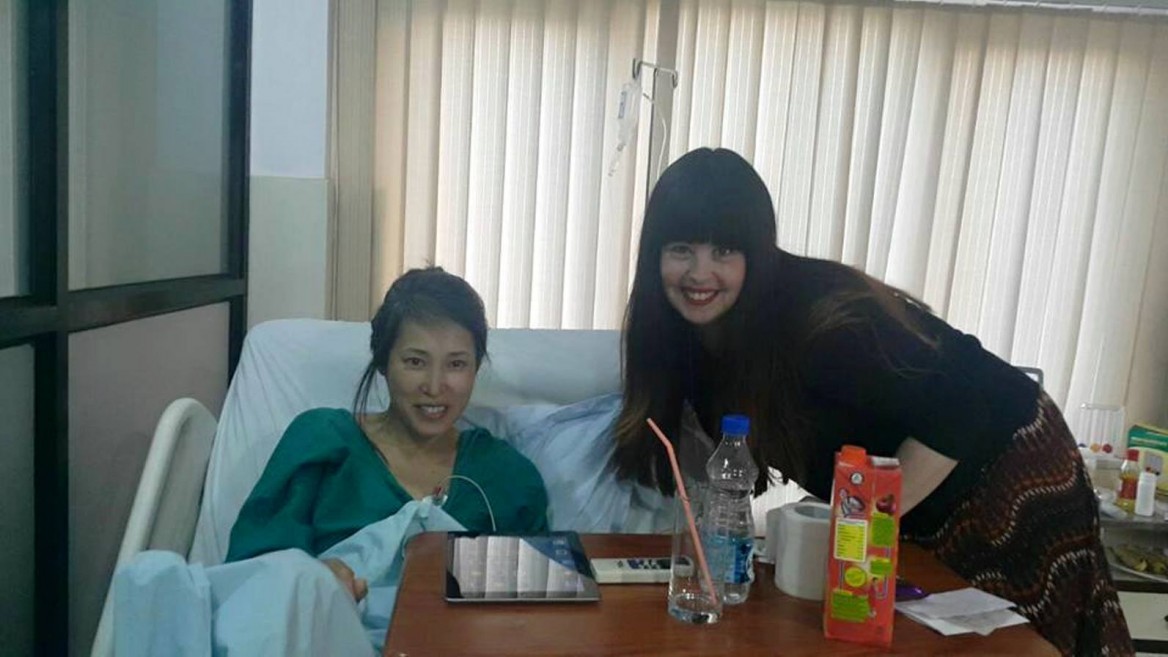 Several Israeli backpackers on the world-famous Annapurna Circuit in Nepal couldn’t have known that their post-army trek would turn into a lifesaving mission.

Luckily, the backpackers, recently discharged from their military service, were near Thorong Phedi (4,538 meters high) exactly when Japanese tourist Akiho Sugiyama needed them to save her life.

The 40-year-old Japanese artist and calligrapher, who was trekking solo, was hit by a sudden rockslide that buried her under heavy boulders.

The Israeli backpackers arrived on the scene – which was along their trail route — a few minutes after the accident and raced to her rescue upon hearing her cries for help, according to a Facebook post uploaded on December 5 by Chabad House Thamel Kathmandu.

One of the Israeli backpackers was an army medic and applied tourniquets to Sugiyama, who was bleeding profusely. Others in the group sent an SOS signal with a satellite phone to the Chabad House in Kathmandu, run by Rabbi Chezi and Chani Lifshitz.

According to Chani Lifshitz, a helicopter that was at another nearby incident was sent to pick up Sugiyama and bring her to the hospital in the capital.

The Lifshitzes met Sugiyama upon her arrival at the hospital and stayed to help her. 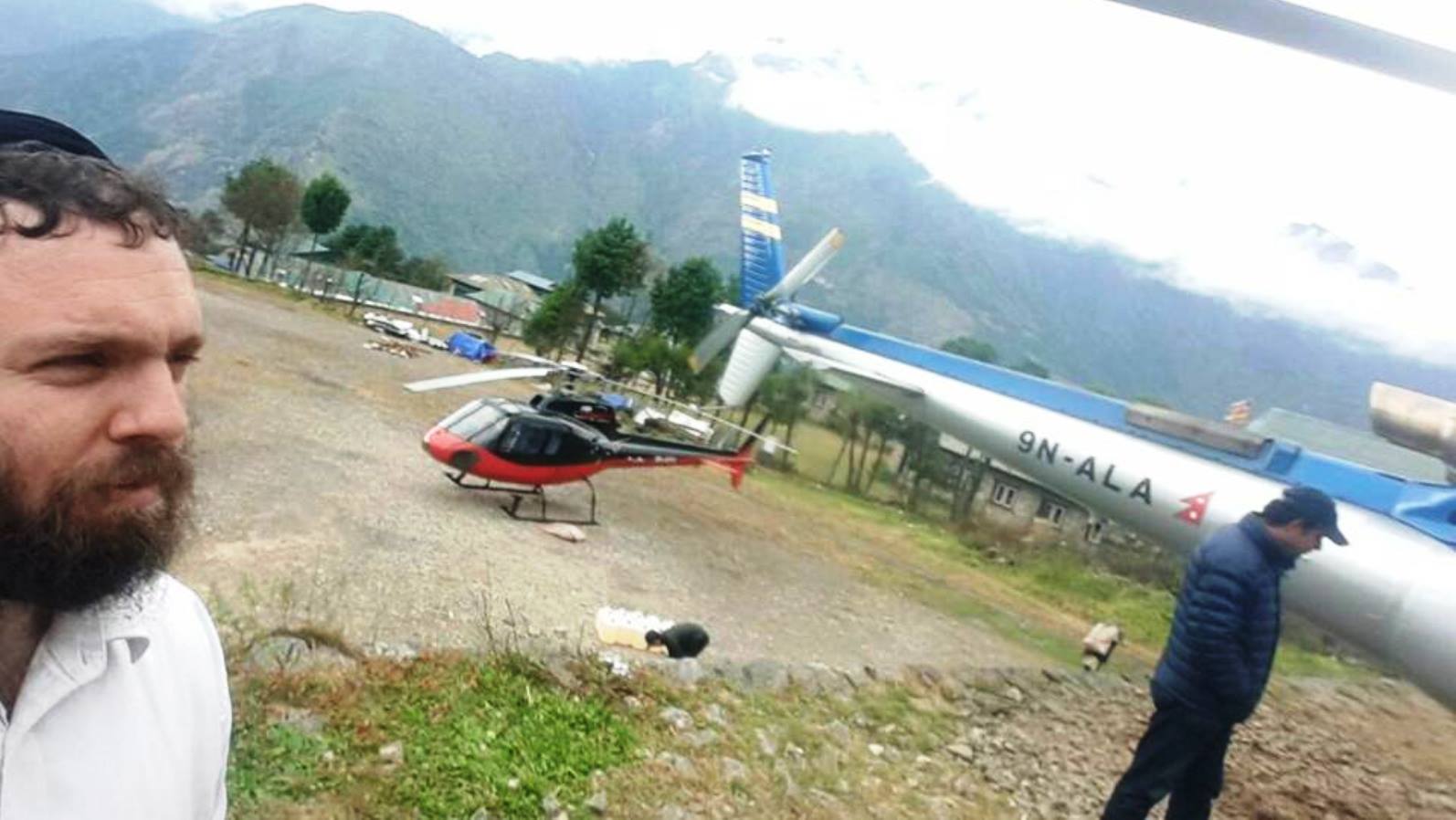 Sugiyama was given blood transfusions and her condition was upgraded from critical to stable. Nepalese doctors credited the onsite emergency aid and quick evacuation with saving her life and her leg from amputation.

“Akiho told me over and over that she is extremely grateful to the Israelis who saved her,” wrote Lifshitz. “She also said that she loves the Jewish people.” 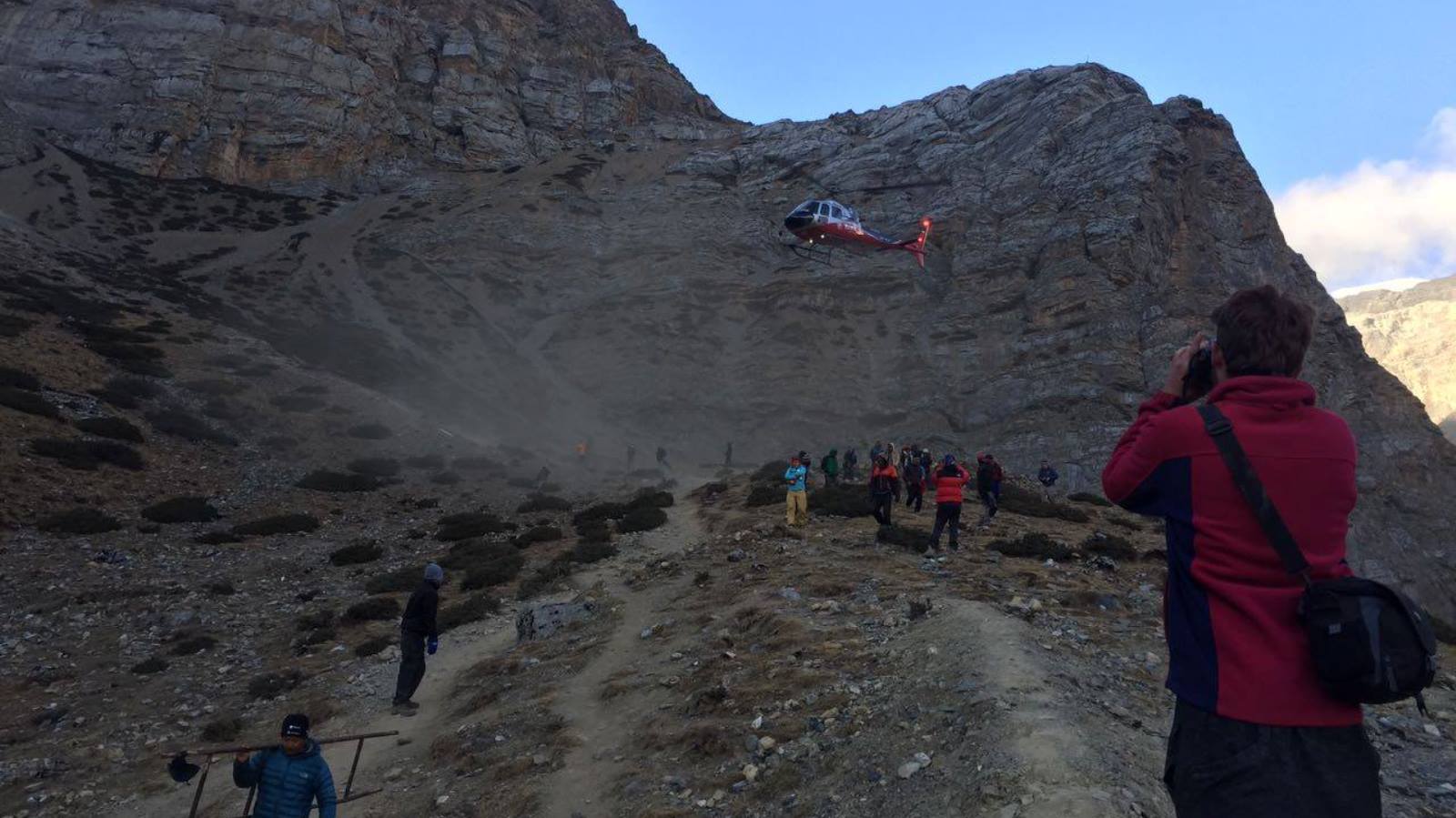 Thanks to Israeli backpackers and Chabad House Thamel in Kathmandu, a Japanese trekker trapped under boulders was rescued quickly. Photo via Facebook

It turns out that Sugiyama visited Israel five years ago to study scribal standards regarding size, lettering style and layout in a Torah scroll.

This is not the first time that Israel has been involved in a dramatic rescue in the Himalayas. In 2012, Israeli mountaineer Nadav Ben-Yehuda gave up on his dream of climbing Mount Everest to save the life of a Turkish climber lying unconscious in the snow. The 24 year old was just 300 meters from the summit, and his decision to save the 46-year-old Turk, at a time when Turkish-Israeli relations were strained, was a story that warmed hearts everywhere.

The Japanese Embassy sent a representative to thank the Chabad House and pass on a message of appreciation to all the Israelis who helped in this lifesaving mission. Comments on the Chabad Facebook page highlighted this sentiment and people posted kudos to the backpackers who were there to save Sugiyama’s life.