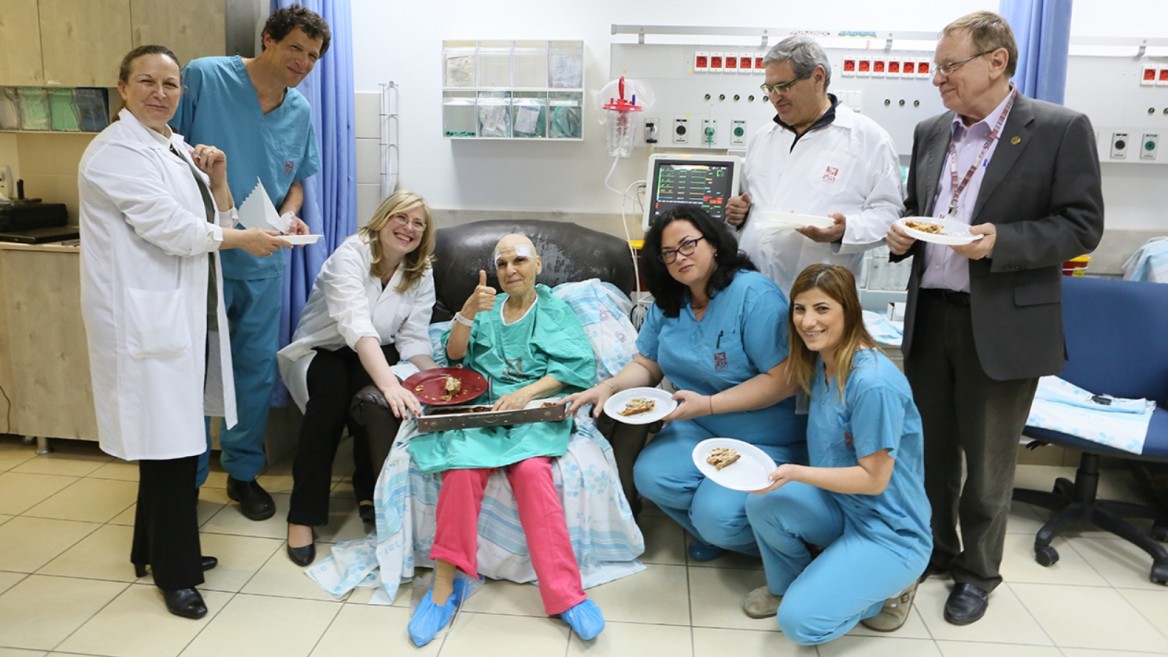 In March, 200 participants in the 16th International Symposium on Therapeutic Ultrasound in Tel Aviv saw a livestreamed medical procedure to cure a woman’s essential tremor without incisions or anesthesia.

Looking on in amazement from Tel Aviv, the conference attendees saw the 65-year-old baker – who had suffered tremors for a decade despite medication – walk out of the three-hour procedure, sit down and slice a celebratory cake to share with the neurology team.

“I wanted to cry, because I could not remember when I was able to drink a glass of water, and for the first time in over 10 years, I can finally return to serving people in my bakery,” she said.

The first patient to get an Exablate Neuro treatment at the Haifa hospital is still without tremor two years later, said Rambam neurologist Ilana Schlesinger.

“I think it is the most gratifying and amazing treatment that exists,” Schlesinger said. “Pre-treatment, all of our patients suffer from severe tremor and they all come out of the Exablate Neuro treatment without it. I call it magic.” 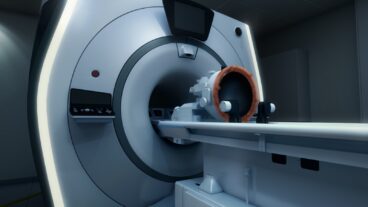 Since 2011, when Exablate won a spot on TIME magazine’s 2011 list of 50 best inventions, the Israeli-made Exablate (for body treatments) and Exablate Neuro (for brain treatments) have been used in several countries to treat more than 14,000 neurosurgery, oncology and gynecology outpatients noninvasively.

Vortman, who has a PhD in electro-optics from the Technion-Israel Institute of Technology, envisioned MRgFUS as the centerpiece of the scalpel-free operating room of the future.

“We started with benign uterine fibroids, which afflict a quarter of all women sometime in their lives and usually are treated with a hysterectomy,” Vortman tells ISRAEL21c.

“We expanded into oncology, beginning with metastatic bone tumors. Our next steps will take us into significant unmet needs in liver and pancreas cancer,” he says. “Exablate is becoming a mainstream treatment alternative in oncology and benign applications.”

In the United States, Exablate is approved for alleviating pain from cancerous bone tumors and for removing uterine fibroids. Exablate Neuro is under FDA review for treatment of essential tremor.

“In the brain, our strategy was to start with addressing diseases of the central nervous system such as essential tremor, tremor-dominant Parkinson’s disease and neuropathic pain,” says Vortman.

“We intend to add to this advanced Parkinson’s and hopefully epilepsy. The second part will be brain tumors. We hope to start significant clinical research in this application by the end of this year.” Exablate is used in an MRI facility rather than an operating room. Photo courtesy of Insightec

Worldwide, 29 clinical studies of Exablate have been completed, including the first-ever clinical study that successfully opened the blood-brain barrier (BBB) temporarily in order to deliver chemotherapy to a Canadian patient’s malignant brain tumor.

“This is a very important step in the development of MR-guided focused ultrasound technology,” said Eyal Zadicario, Insightec’s vice president for R&D.

Dr. Maurice R. Ferré, CEO and chairman of Insightec, said the company “will continue to invest in the development of its technology for a wider range of clinical indications.”

Though the global company Philips established an MRgFUS division in 2006 for body indications, “We are doing everything humanly possible to keep Insightec as the world leader in this field,” says Vortman.

The 168-employee company completed a $22 million Series D funding round in December last year. Insightec is based in Tirat Carmel, Israel, with offices in the United States, China and Japan.

While Exablate is currently compatible only with GE imaging devices, the company recently signed a non-binding memorandum of understanding with Siemens as well.

“The realization of the vision to build a next-generation, noninvasive outpatient operating room is well on its way,” Vortman tells ISRAEL21c.

“In the next two to five years we’ll see more and more indications joining the approvals we have for body applications and neurosurgery. I visualize a time when surgeons will think of MRgFUS as the first treatment alternative. This is really where we want to be.”