The Israel Defense Forces’s field hospital is the best in the world, the United Nations has announced.

The IDF Medical Corps’s field hospital was recognized as the leader in field medicine and disaster relief, and became the first field hospital ever to achieve a Type 3 rating according to a World Health Organization (WHO) scale. 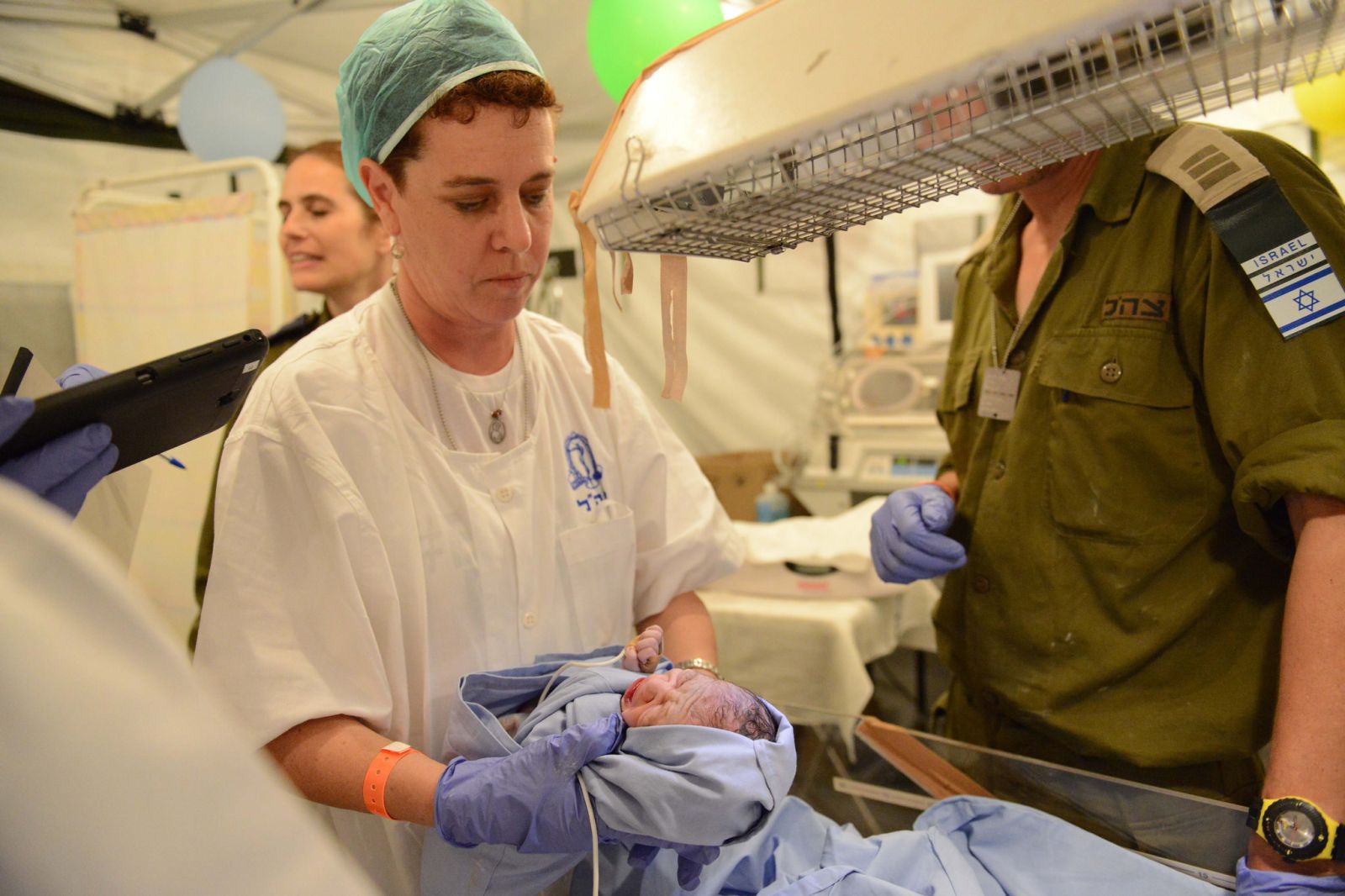 A baby is born at the IDF field hospital in Nepal. Photo courtesy of the IDF

Israel is one of 17 countries accepted by WHO for sending qualified foreign medical teams to aid in medical disaster relief in other countries.

“When we were given recognition, the president of the WHO said, ‘The world should learn from Israel how to operate in disaster areas with the right ethics.’ For me, representing the Medical Corps, it was a great privilege to hear them saying that other countries should learn from Israel how to operate within the right ethical values… This is a great pride, a great honor for Israel, the IDF, and the Medical Corps,” wrote Lt. Col. (Res.) Ofer Merin, commander of the IDF Medical Corps field hospital, on the official IDF blog.

The IDF field hospital delegation will travel to Hong Kong in the coming two weeks to accept an official flag from the WHO organization in recognition of its extraordinary achievement.

The IDF Medical Corps has decades of experience in treating patients in disaster areas. Israel’s government, army and aid agencies are usually among the first at the scene of a natural disaster.

Following the 2015 earthquake in Nepal, the IDF sent a team of 122 medical workers, 45 physicians, and 95 tons of equipment to set up a 60-bed field hospital to provide medical relief. The field hospital doctors treated nearly 1,600 patients, performed 85 surgeries, and delivered eight babies.

In November 2013, the IDF sent a delegation of 150 doctors, nurses and search and rescue units to the Philippines in the wake of Typhoon Haiyan.

Similarly, in 2010, the IDF Medical and Rescue Team set up a field hospital to treat earthquake victims in the Haitian capital of Port-Au-Prince.

In addition to the top medical aid the Medical Corps offers, the IDF is renowned for being able to get a field hospital functioning within 12 hours of arriving at the setup site.

ISRAEL21c recently published an inspiring online exhibition highlighting aid given by Israel to over 140 countries.

Merin said the process of gaining WHO recognition was a valuable experience as well.

“There’s no question that all of us will be able to deploy better to each one of our missions in the future,” he told the IDF blog. “It’s not just that we got the stamp that says we’re the best team. We gained a lot from this process, which means our future patients will gain a lot.”

If you would like to find out more about Israel’s phenomenal aid programs overseas, view our exhibition: My Name is Israel.