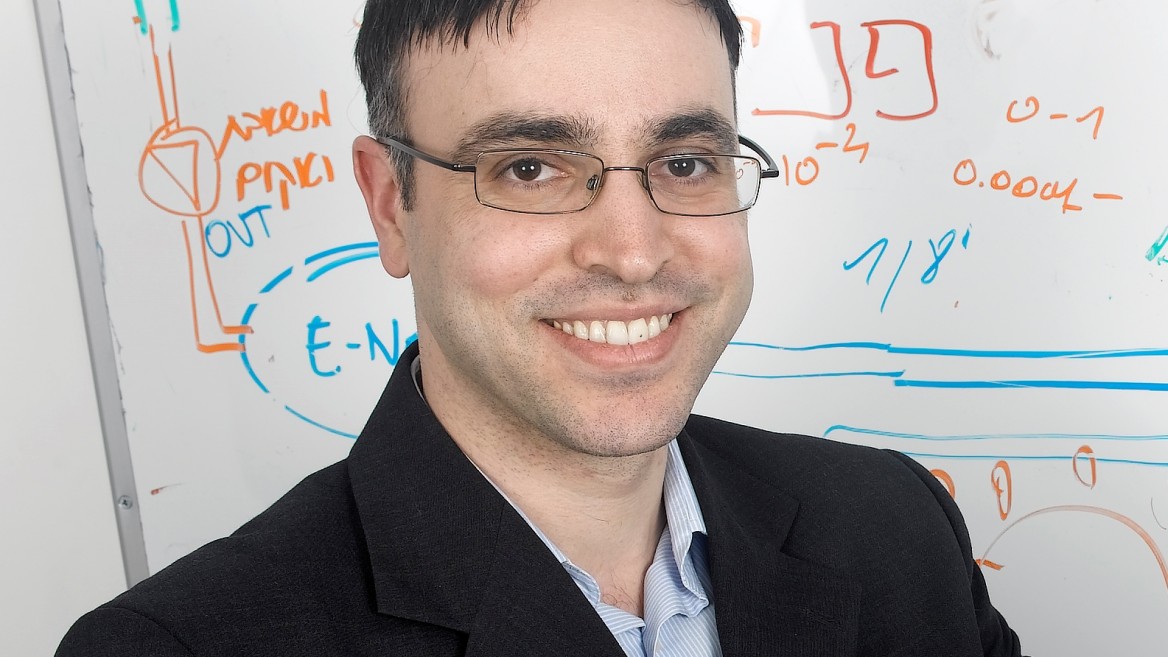 Hossam Haick is trailblazing tomorrow’s technologies for sniffing out disease.

Kossay Omary and Rabeeh Khoury developed one of the smallest computers in the world.

They’re not the only Arab Israelis making waves in the global community. Jamil R. Mazzawi founded Optima Design Automation, a startup developing software for self-driving cars. Mahmoud Huleihel made a breakthrough in the field of male infertility.

“There are so many excellent Arab experts that even many within Arab society don’t know about them,” says Makbula Nassar, manager of the A-List project, an online database of Arab Israeli superstars making strides in culture, sports, medicine, environment, fashion, diplomacy, education and technology. 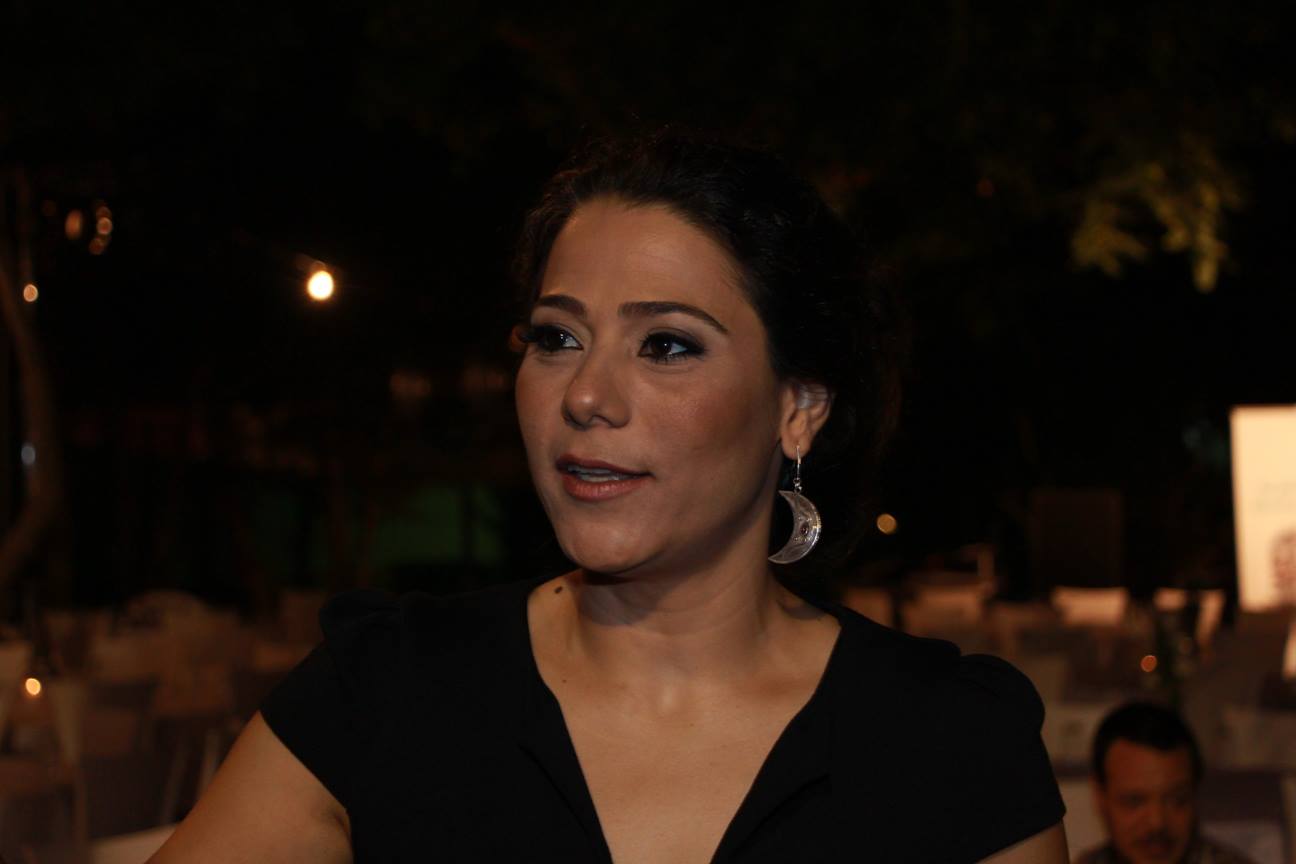 Muslim, Christian, Druze, Bedouin, Baha’i, Circassian and other Arab Israelis make up 21 percent of the country’s population, according to the Central Bureau of Statistics.

ISRAEL21c highlights 16 of the many Arabs in Israel making a difference on the world stage, listed here in random order. Feel free to add your nominees in the comments section below. 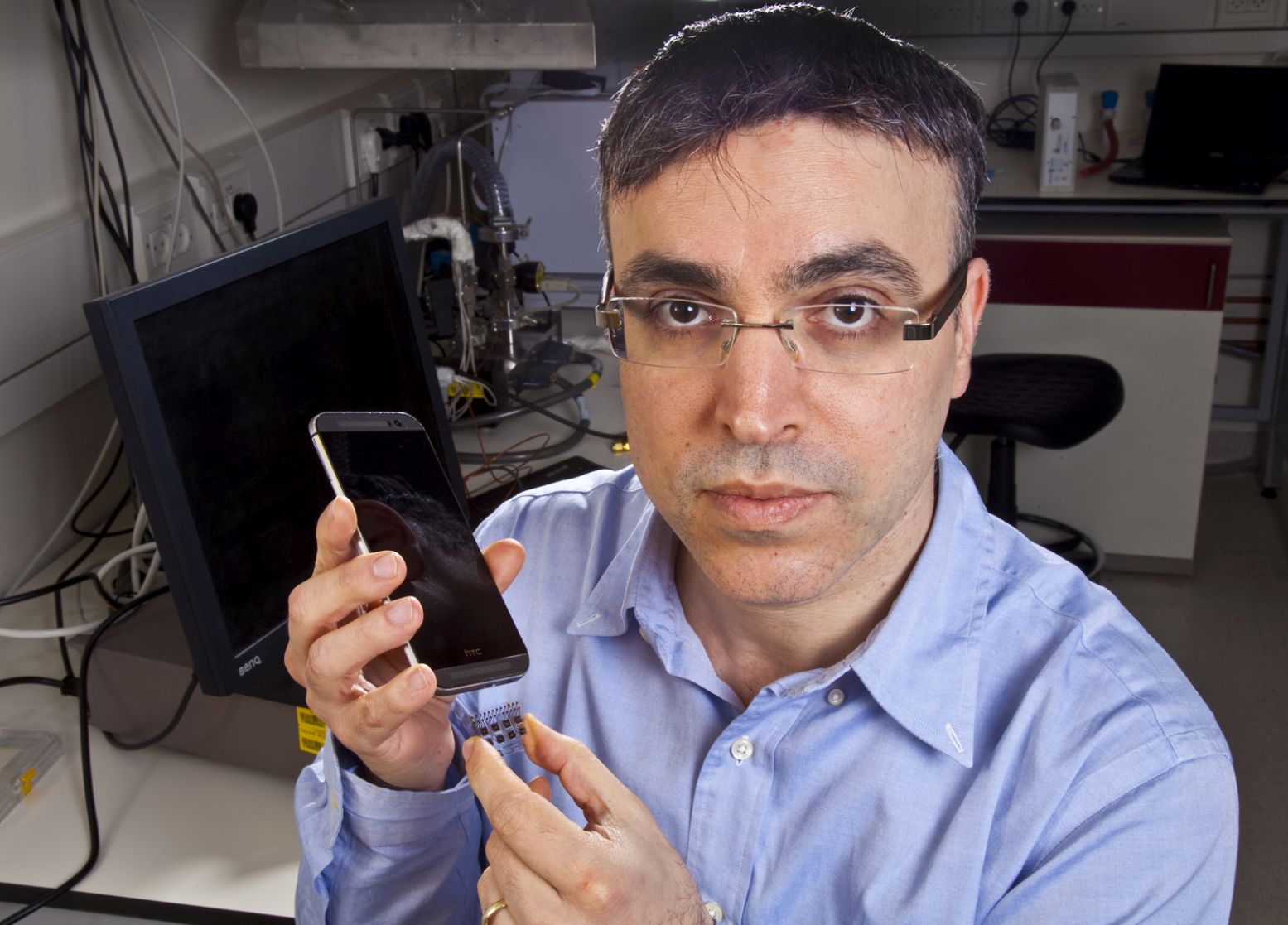 Haick is a global superstar thanks to his nanotech breath-analysis system, Na-Nose, which uses artificially intelligent nano-array technology to detect biomarkers of 17 diseases including cancer and kidney disease.

Haick, born in 1975, chairs the department of chemical engineering and the Russell Berrie Nanotechnology Institute at the Technion-Israel Institute of Technology. His work has earned him prestigious grants, nearly 50 international awards and a listing on the “World’s 35 leading young scientists” of MIT’s Technology Review.

In 2014, this Christian Nazareth native designed and developed the first massive open online course (MOOC) at the Technion, and is the first person ever to do this in two languages: English and Arabic. More than 42,000 people have taken part to date. 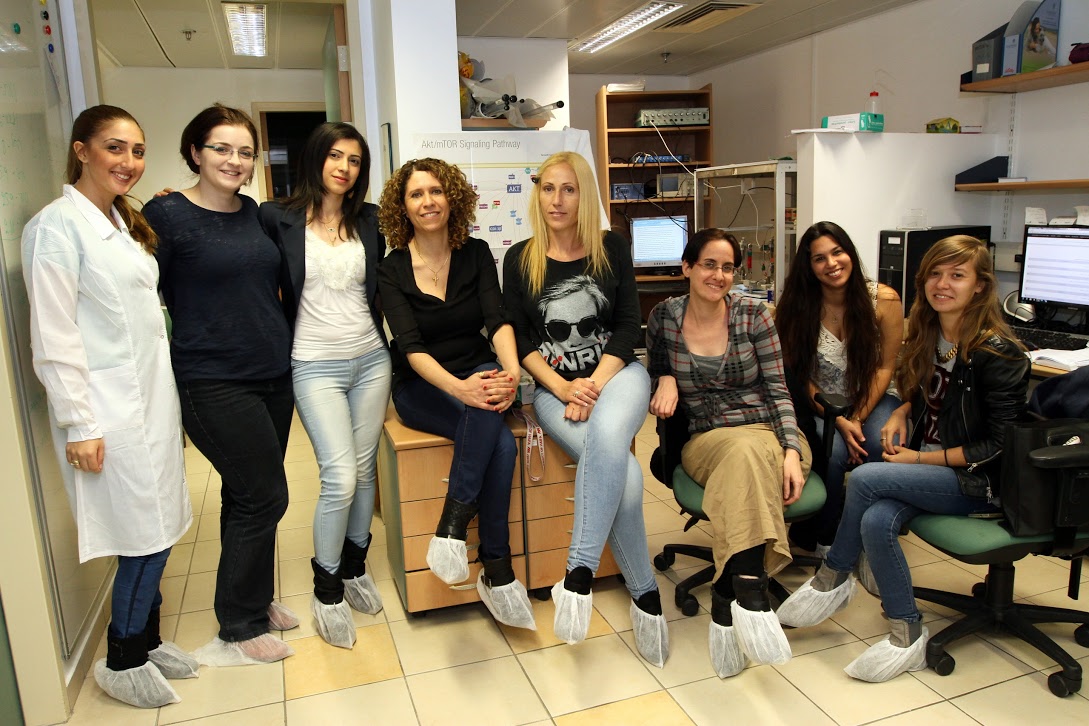 Prof. Mouna Maroun, fourth from left, with her lab group. Photo courtesy of the University of Haifa

Maroun, head of the Sagol Department of Neurobiology at Haifa University, is the first woman from her hometown, the Druze village of Usfiya, to earn a PhD. She’s also the first Arab woman in Israel to hold a university faculty position in neuroscience.

In her laboratory at Haifa University, Maroun leads a team of researchers studying the neurobiological basis of emotions.

Maroun grew up in a Maronite Christian family of four girls. She is a member of the Al-Maram Association, which promotes education in the Arab community and especially among girls.

In 2013, Maroun was chosen as one of “50 Women in Israel with the Most Influence” by Lady Globes magazine. The following year, Forbes Israel included her on its list “50 Strong Women in Israel.” 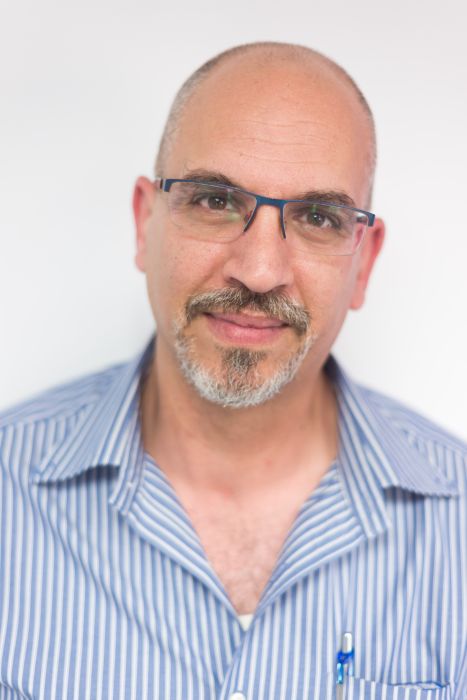 Swidan is the number one cheerleader for Arab entrepreneurs and engineers making their way in Israel’s high-tech ecosystem.

Swidan is director of the Nazareth Business Incubator Center; co-director and cofounder of the nonprofit accelerator Hybrid for early-stage ventures led by Arab founders; and a cofounder of NazTech, the first technology startup accelerator for the Arab sector.

With an industrial engineering and management background, Swidan mentors young entrepreneurs looking to make a technological and social impact in the Arab world. 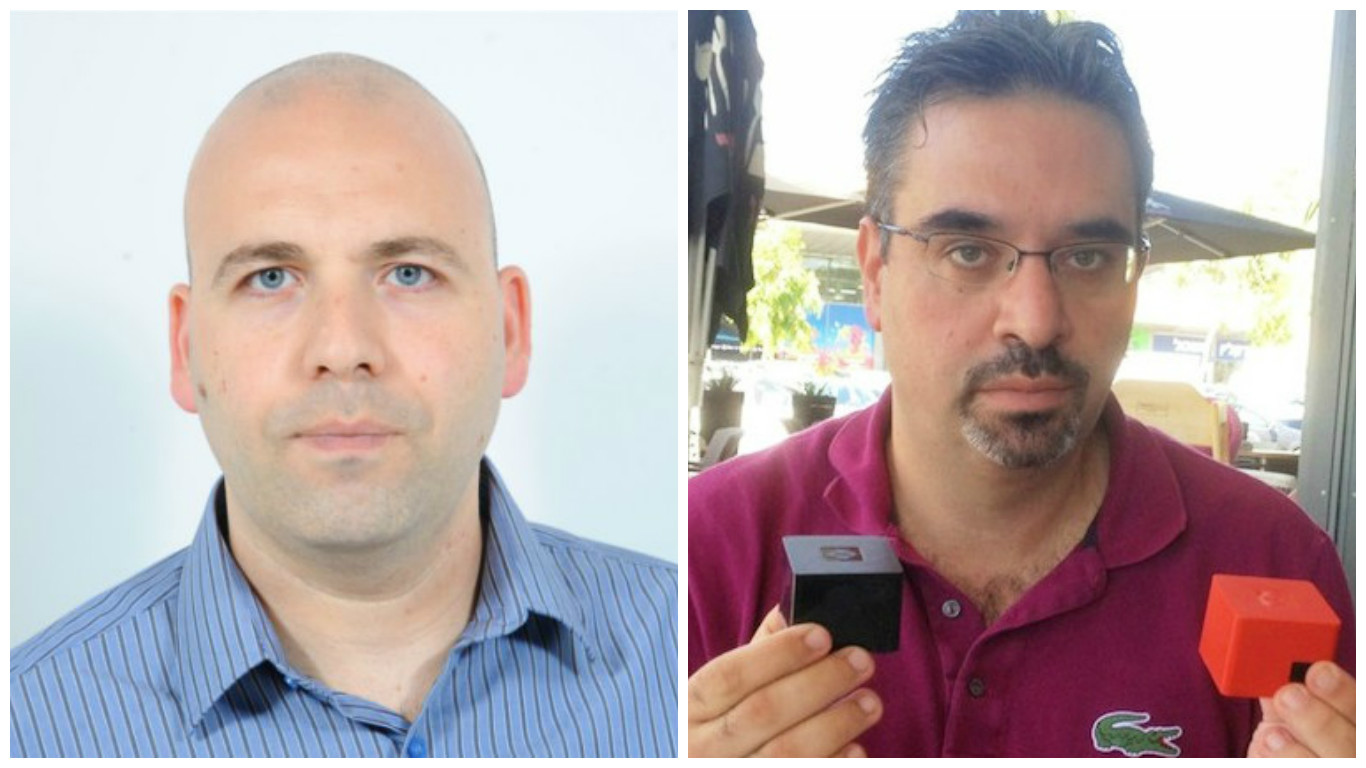 Engineers Kossay Omary (CEO) and Rabeeh Khoury (CTO), cofounders of SolidRun, a company producing processing components, have a huge international fan base for their unbelievably small computers including the 2x2x2-inch CuBox-I.

Omary was born and raised in Nazareth. His résumé includes 10 years working in consumer and digital media in Silicon Valley before returning to Israel in 2010. He and Omary, a native of Tarshiha near Nahariya, met while working at Galileo (later acquired by Marvell).

Brik, 43, is world-renowned in the field of biochemistry for his groundbreaking methods to synthesize homogenous proteins for a variety of structural and functional studies.

He leads an international lab of researchers at the Technion and sits on the editorial boards of Cell Chemical Biology and ChemBioChem.

Brik has won a slew of international awards recognizing his contributions to organic and medicinal chemistry. 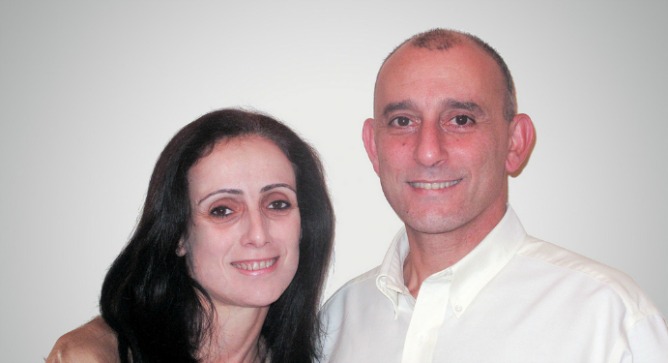 The Nazareth-based startup Alpha Omega – maker of groundbreaking neuroscience medical and research equipment — is the brainchild of Arab-Christian couple Reem and Imad Younis, who met as students at the Technion (she has a civil engineering degree; he has an electric engineering degree).

The Younises started Alpha Omega in 1993, and today have offices in Israel, Germany and the US. Their pioneering products, including a GPS-like system for brain surgeons, are used in hospitals, universities, and research institutions across the globe.

“I think Imad and I are role models for younger people to realize that they can make a change, that they can dare go out and do things that haven’t been done before,” Reem Younis said in a 2015 interview. 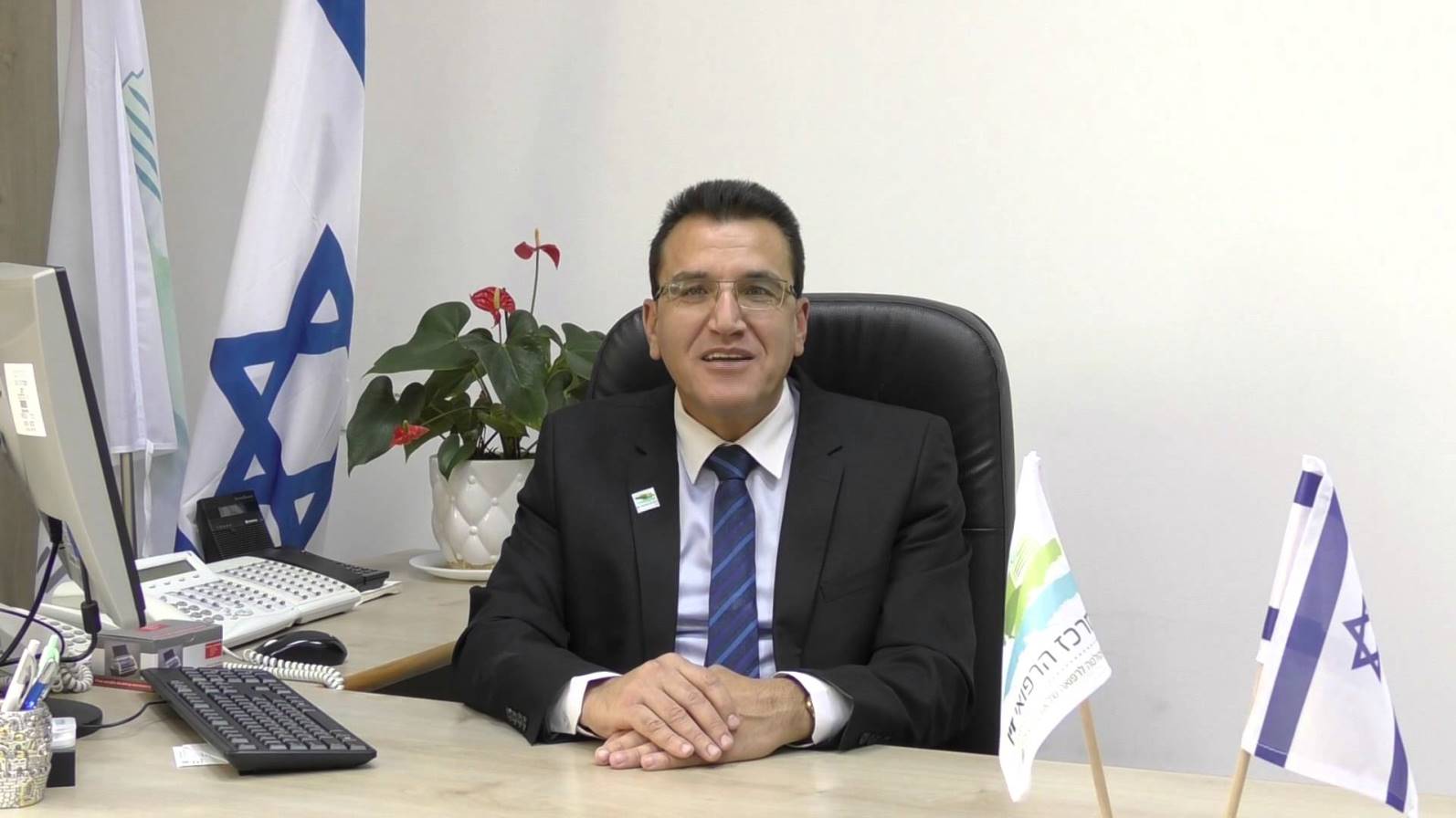 In late 2014, Zarka, a 25-year veteran of the IDF Medical Corps, was tapped as director-general of Safed’s Ziv Medical Center, becoming the first Druze to head an Israeli public hospital.

Since taking his post at Ziv, Zarka has spoken in the United States about Israel’s unique policy to treat any wounded Syrians who reach the Israeli border seeking help.

“As physicians, we have taken an oath to provide lifesaving medical treatment to all of mankind, including patients from enemy states,” said Zarka.

Twenty-three percent of Israeli doctors are Arabs, according to a December 2016 report. In fact, Arraba (also transliterated as Arrabeh), an Arab town north of Nazareth, boasts one of the highest numbers of doctors per capita in the world.

Other Arab physicians in prominent positions at Israeli hospitals include Fuad Azam, head of the IVF unit at Tel Aviv Medical Center; Ahmed Eid, head of general surgery at Hadassah Medical Center; Rania Elkhatib, senior plastic surgeon at Rambam Health Care Campus and the first Arab-Israeli woman to become a plastic surgeon in Israel; and Suheir Assady, director of nephrology and hypertension at Rambam and the first female Arab physician to head a medical department in Israel; among many others. 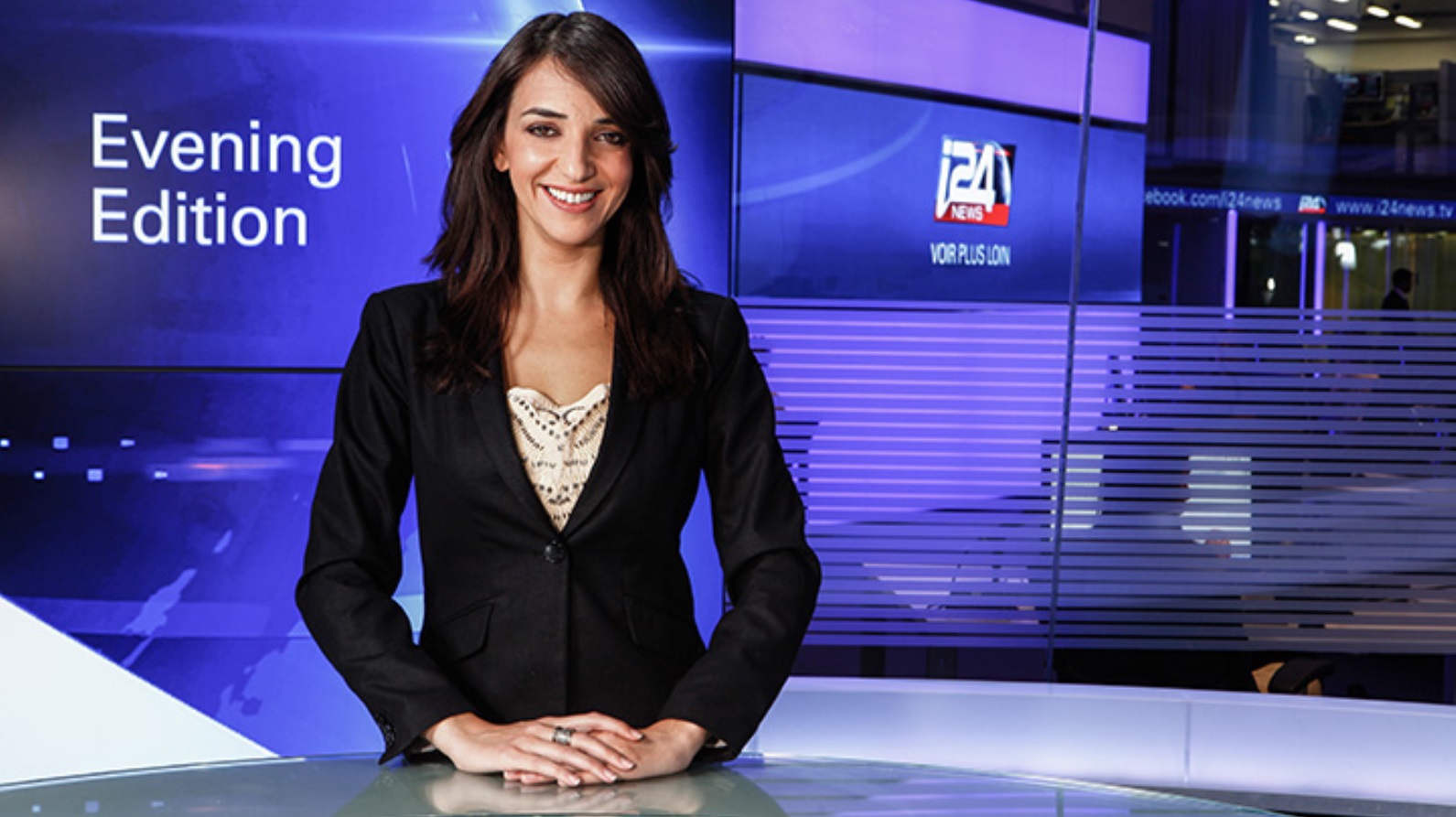 In December 2016, Aharish snagged international attention for a scathing message she delivered (in English!) about the situation in Syria.

In April 2015, she was one of 12 Israeli personalities — symbolizing the 12 tribes of Israel — chosen to light torches in the 67th Independence Day celebrations.

Born and raised in Dimona to Muslim parents, Aharish was the first Arab news presenter on Hebrew-language Israeli television. Now anchoring a current-affairs show on Channel 2, she has worked for all the local TV channels as well as the internationally funded i24news.

Husband-and-wife team Abd Al-Roof Higazi and Nuha Hijazi are the co-inventors behind PamBio, a hot biotech startup in Nazareth that’s developing drug therapy for acute bleeding conditions such as intracranial hemorrhage in the skull.

Hijazi holds a doctorate in neuroscience and is regularly published in leading scientific journals. Higazi, a physician, is a professor at the Hebrew University-Hadassah Medical School and heads the departments of laboratories and clinical biochemistry at Hadassah Medical Center in Jerusalem.

The couple lives in Neve Shalom/Wahat al-Salaam, a cooperative village jointly founded by Israeli Jews and Arabs between Jerusalem and Tel Aviv. 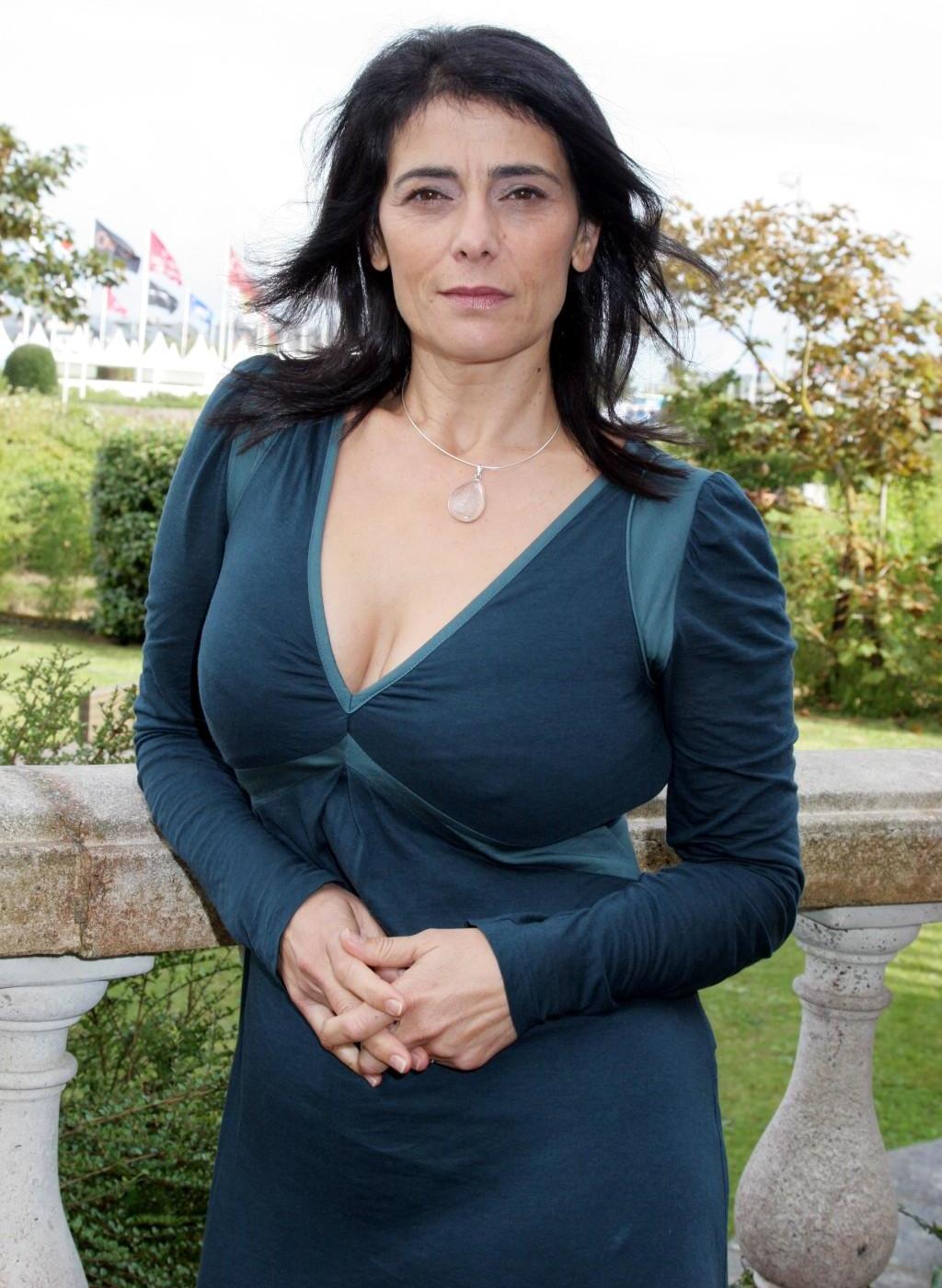 Abbass, born into a Muslim family in Nazareth, is one of more than a dozen popular Arab Christian and Arab Muslim actors in Israel today. They have popped up on television and movie screens – as well as on stages – across the world. 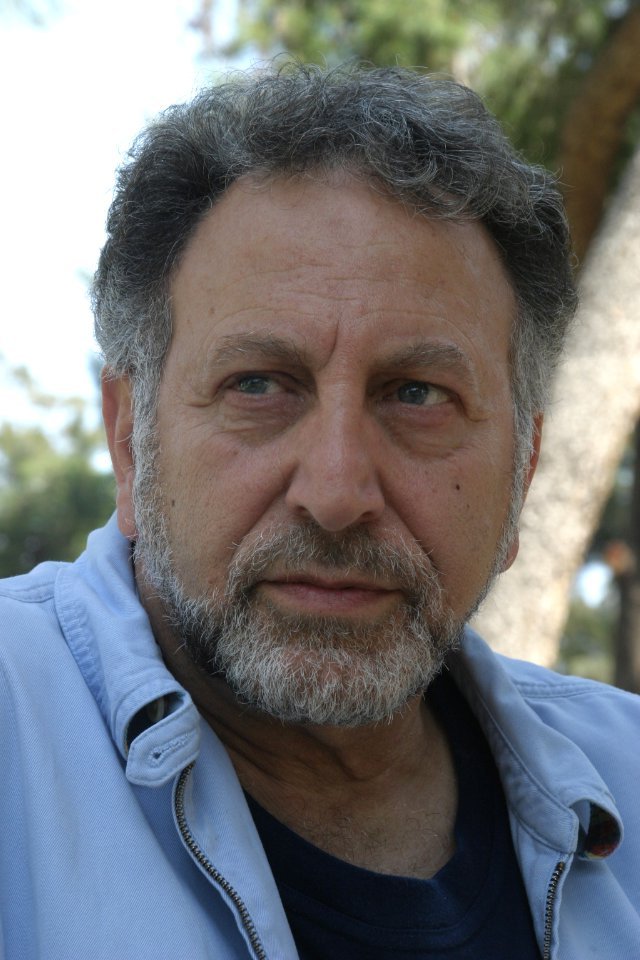 Khoury, the youngest artist and the first Arab to win the Israel Prize, had TV roles on “The West Wing,” “House of Saddam” and “Homeland.” In 2015, he portrayed Shylock in the RSC production of “The Merchant of Venice.”

Nazareth-born striker Moanes Dabour (also spelled Munas Dabbur) was identified by VICE as the “face of a golden generation of Israeli-Arab soccer players.”

The 24-year-old was groomed by the Maccabi Nazareth and Maccabi Tel Aviv youth soccer academies. He played with Maccabi Tel Aviv in the Israeli Premier League from 2011-2014 before transferring to Grasshopper Club Zurich of the Swiss Super League.

In 2014, Dabour also was named to the Israeli National Team. 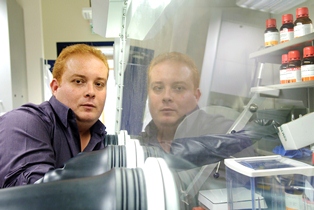 Prof. Taleb Mokari in his lab. Photo courtesy of BGU

Mokari, a researcher at Ben-Gurion University of the Negev and the Ilse Katz Institute for Nanoscale Science and Technology, has a Midas touch when it comes to chemistry.

Born and raised in Kafr Kana, he won the 2015 Tenne Family Prize for Nanoscale Sciences for his discoveries of novel synthetic approaches to high-quality semiconductor nanocrystals, hybrid nanoparticles and nanowires.

In the early 2000s, Mokari was one of Israel’s first university students to explore nanoscience as a way to understand energy preservation. Today, the multi-award-winning chemist heads a research group developing new classes of nanomaterials for optical, electrical and energy-related applications.