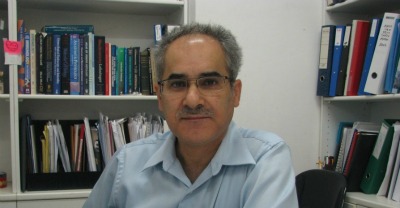 Prof. Mahmoud Huleihel believes he and his team have achieved a breakthrough in male infertility.

The opening of sperm banks may have solved the problem of male infertility in some couples, but not for those men who want to see their grandmother’s smile or father’s eyes in their future offspring.

Environmental pollution, testicular warming and even radiation treatments can radically alter the course of a man’s fertility — to the point where not even a single viable sperm can be used in the in vitro fertilization (IVF) process, where a woman’s egg is joined with sperm in the lab to make a fertilized egg and implanted in the uterus.

Now, scientists at Ben-Gurion University of the Negev, Israel, have created an artificial testis that promises to be a breakthrough in male infertility. In this Petri dish experiment, the researchers cultured a live sperm from mice, using the germ cells of a man’s sperm — the proto-cells that create sperm. Results were published recently in the Asian Journal of Andrology.

While the first stage of this experiment was done on animal models, the proof of concept is there, allowing the scientists to continue their research in the human realm, where a sperm count really counts.

They are currently investigating the application of their technique in men with zero sperm count at Israeli IVF clinics. They are also testing it on the germ cells of a young boy who has undergone radiation treatment.

It could take up to 10 years until final results are available, but lead investigator Prof. Mahmoud Huleihel and his research group believe that they have achieved a significant advance — by producing viable sperm from germ cells for the first time. The technology is being commercialized by the university’s tech transfer arm, BGN Techologies.

Huleihel, an Israeli Arab from the Shraga Segal Department of Microbiology and Immunology in the Faculty of Health Sciences, tells ISRAEL21c that the research team first developed the appropriate chemicals needed to stimulate growth, and then they were successfully able to create a matrix, an artificial testis in a Petri dish that would be suitable for germ cells to grow on.

Previously other researchers tried growing not-yet-ripened sperm on an artificial matrix. Huleihel’s trick, he says, is to grow the sperm inside the matrix. The technique is described in more detail in the journal article.

In brief, Huleihel and his research team created a three-dimensional agar culture system (SACS) to generate the sperm. This SACS system is his pioneering invention.

The study was performed in cooperation with Prof. Eitan Lunenfeld of Soroka University Medical Center, Beersheva, and Prof. Stefan Schlatt of the University of Münster in Germany.

“We succeeded to generate sperm in culture,” Huleihel tells ISRAEL21c. “What we used was different than what’s published in scientific literature and we have shown that we can isolate testicular germ cells from the testes. We can cause the basic stem cells to proliferate and germinate to give sperm.”

They used immature mice that did not have their own developed sperm cells.

“Other people in other studies have used other cells and inserted genes into them. We did not add genes but cultured [the sperm] cells under special conditions, and these conditions gave us the opportunity to induce the propagation of these [germ] cells,” he explains.

The “secret sauce,” he points out, is a medium that creates as closely as possible the natural conditions under which germ cells mature into spermatozoa. “We put them inside the matrix so the cells feel like they are inside the body.”

Israelis are also the first in the world to be able to harvest immature oocytes (eggs) from young women who are about to undergo cancer treatment. A few years ago, a team including Prof. Dror Meirov from Tel Aviv University detailed this work to the scientific community.

While the approach is completely different, says Huleihel, he is cooperating with Meirov’s Tel Aviv team on fertility issues in general.