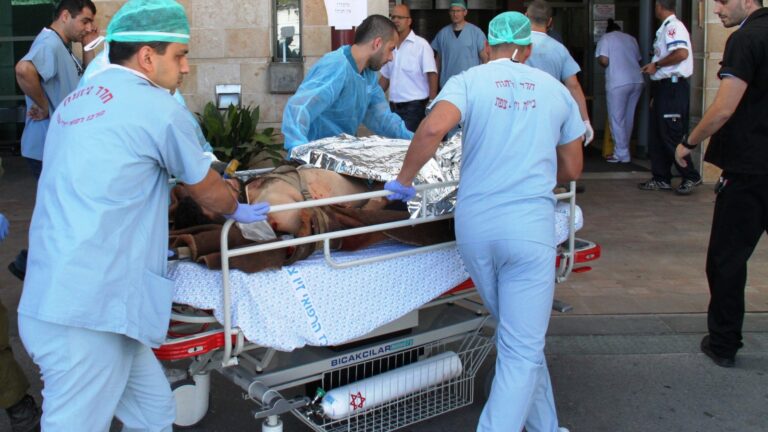 Prime Minister Benjamin Netanyahu has instructed his government to find ways to expand medical assistance to Syrians injured in their civil war, especially those from the besieged city of Aleppo.

“We see the tragedy, the terrible suffering of civilians, and I’ve asked the Foreign Ministry to seek ways to expand our medical assistance to the civilian casualties of the Syrian tragedy, specifically in Aleppo where we’re prepared to take in wounded women and children and also men if they’re not combatants,” Netanyahu told foreign reporters and diplomats at the Government Press Office’s annual New Year’s reception on Tuesday.

“We’d like to do that, bring them to Israel, take care of them in our hospitals, as we’ve done with thousands of Syrian civilians. We’re looking into the ways of doing this.”

“As physicians, we have taken an oath to provide lifesaving medical treatment to all of mankind, including patients from enemy states.” — Dr. Salman Zarka, Ziv Medical Center Director General

Israel’s policy until now has been to treat any wounded Syrians who reach the Israeli border seeking help even though the countries are considered enemies.

“As physicians, we have taken an oath to provide lifesaving medical treatment to all of mankind, including patients from enemy states,” said Dr. Salman Zarka, Ziv Medical Center Director General.

Latest reports say that since February 2013, some 2,500 Syrian children, women and men have received free medical care at Rambam Health Care Campus in Haifa, Ziv Medical Center in Safed, Medical Center of the Galilee in Nahariya, and Poriah Hospital near Tiberias.

Now Netanyahu’s announcement marks the first time Israel is offering to take in Syrians wounded in battles far away from the border.

“I don’t know if we can resolve [the Syrian civil war]. But we can help mitigate some of the suffering, that’s the best that Israel can do,” said Netanyahu. 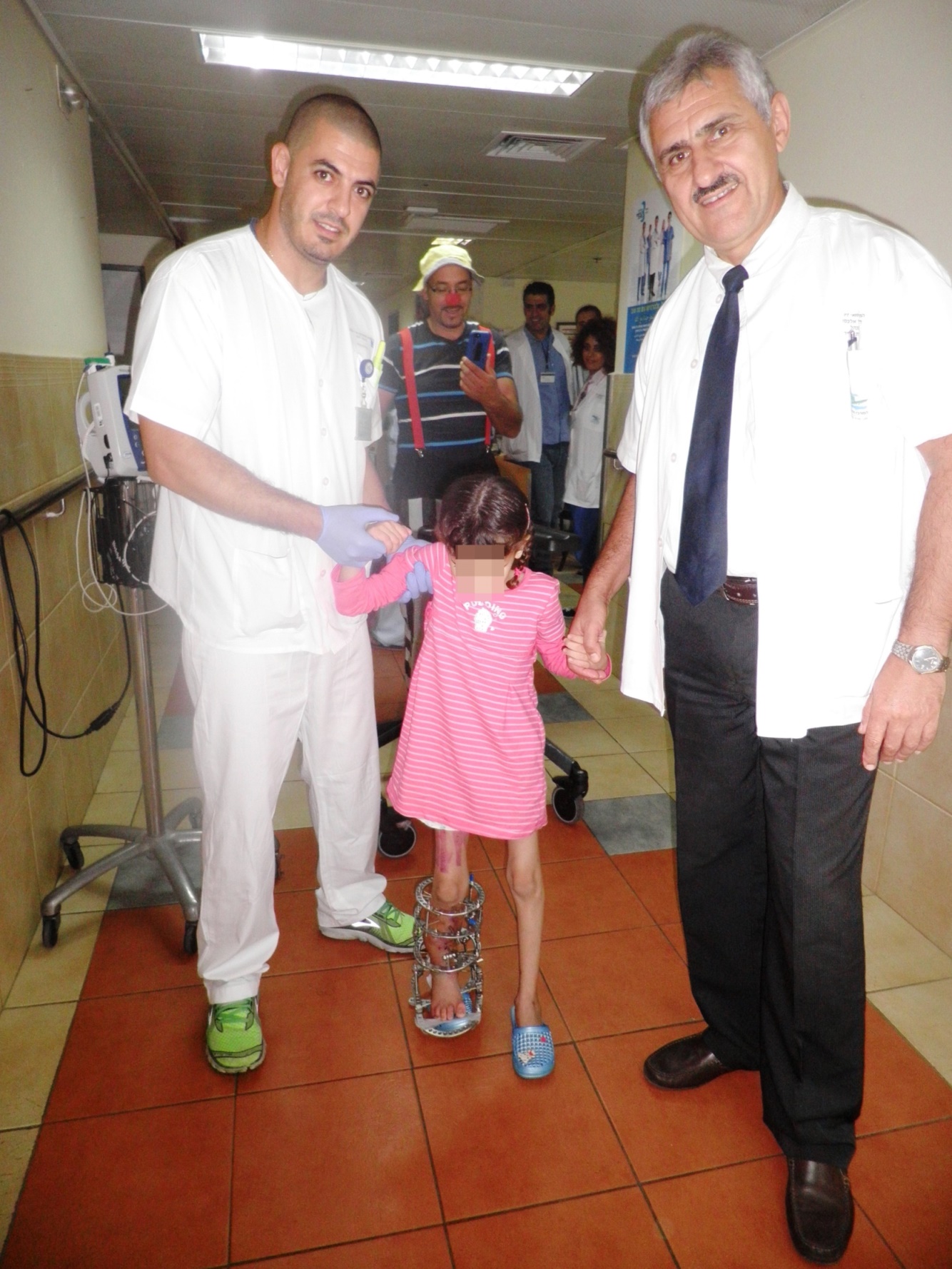 Dr Alexander Lerner, head of the Orthopedic department, and a nurse hold the hand of an eight-year-old Syrian girl whose legs were shattered by an explosion. This is the first time she is walking since the accident. Photo Ziv Medical Center

In related news, the Ziv Medical Center, which has treated over 700 Syrian casualties, recently launched a fundraising drive for the Syrians, “for their treatment and their return to Syria.”

The Syrian patients “return to places where there may not be medical services, hospitals or rehabilitation possibilities which will insure their recovery. Ziv therefore makes every effort to provide the patients with medical items which will enable them to function following their return, including medical equipment, medication, bandages and guidance for continued self-treatment,” according to a statement.

“Financial contributions are translated into medical assistance, increasing our ability to offer aid to the Syrian casualties who are returning to a war torn country, in which they will have difficulty in functioning without appropriate medical items to take home with them,” said Zarka.