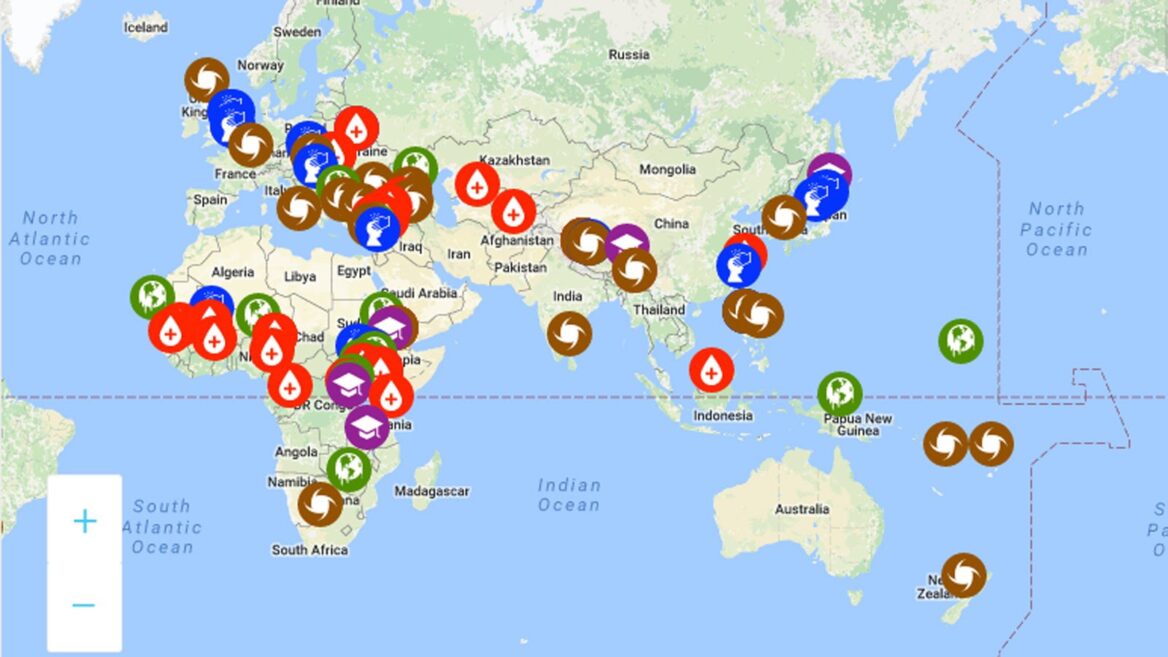 This last year was filled with hardships for everyone, but when we have the help from others, we can overcome our hardships together.
Digital Ambassadors 2021-22: World Aid Team

Track Israeli aid all over the world with the ISRAEL21c Israel Aid Map. 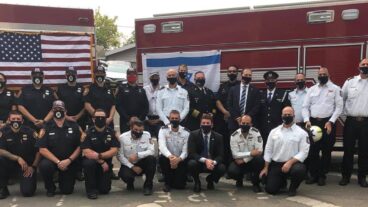 On March 15th, following multiple lighting strikes in central and northern California, huge wildfires began to spread. News of the fires were being reported all over the world and people knew that they needed to come and help fight the fires. Israel recognized what was happening and immediately sprang into action. Itai Bardov, the Director of the US Consulates Department in Israelâ€™s Ministry of Foreign Affairs asked Israel Fire and Rescue Services for 10 volunteers to help fight the fires. The services put out a call for volunteers and had received way more than the 10 volunteers needed, even though volunteering would mean that the firefighters would have to quarantine in Israel which would make them miss out on celebrating the Jewish High Holidays. Despite this, the firefighters got off the plane in California and were ready to lend a helping hand. The firefighter squad from Israel assisted the Californian Fire Society in every aspect, including fighting the fire and assisting people who were displaced because of the fire. The Israeli firefighter delegation vowed to help each other continue fighting fire if this problem were to arise again. 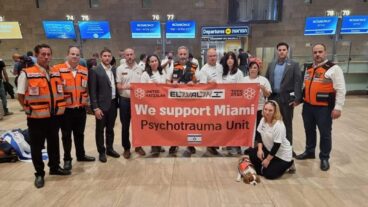 The collapse of a 12-story apartment building on July 24, 2021 in Surfside, Florida caused almost a hundred deaths and an urgency to search for more missing or trapped people. Israel rushed to offer assistance in three different ways: help in search-and-rescue, contributing to mental support, and providing useful materials. SmartAIDâ€™s humanitarian volunteer group participated in search missions to do everything in their power to rescue as many more people as they could. Israelâ€™s Psychotrauma and Crisis Response Unit lent a hand to local rescue forces and others affected by the tragic event. Along with psychological support, Israel supplied clothing, food, medicine, and emergency lighting. Israel has and will continue to offer immense support and prove their commitment to aid other countries like the USA in times of difficulty.

Haiti struck by a 7.2 magnitude earthquake 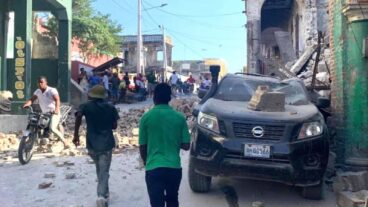 Devastation in Haiti following the August 14, 2021 earthquake. Photo by JCOM via SmartAID

On August 14th, two major earthquakes hit Haiti, causing 1,300 deaths and close to 6,000 injuries. Relief efforts were especially desperate because Tropical Storm Grace was on its way to Haiti. All of these factors led to Haiti declaring a state of emergency. This is when Israeli humanitarian aid organizations, SmartAID and IsraAID traveled across the world to come and help by providing mental health experts, clean water and energy. This is not the first time IsraAID traveled the far distance to Haiti in order to help. The rescue group also sent a team to Haiti for an earthquake in 2010 and a hurricane in 2016. Additionally, SmartAID partnered with Third Wave Volunteers to assess all the small areas affected in Haiti by these recent devastating earthquakes. Together these relief groups made it their priority to help those in need, no matter what the geographical barriers may be.

The events that took place in California, Florida, and Haiti were marked by terrible tragedies, but also by the triumphs and light that came from Israeli support on the ground. Unlike any other country in the world, Israel and its first responders sprung into action to contribute to relief and aid efforts, and has done so disproportionately and on numerous occasions for decades. While the fact that Israel arrives first and leaves last may be surprising, it is important to recognize that Israelis are always ready to do what they can in order to help those in need, despite any barriers that may seem to prevent them from doing so. By being there to lend a helping hand, Israelis were able to assist those in need and better the world around us, one action at a time.

Shaylee Rosen, a Team Leader for the Groundbreaking Israel World Aid Team, is a student at Lander College for Women – a school in the Touro College and University System. Shaylee is majoring in business management.

Eitan Gitlin, a Digital Ambassador for the World Aid Team, is a first year student at Muhlenberg College in Allentown Pa. He is a Political Science major with a Judaic Studies minor. He is originally from Argentina and moved to Long Island, New York with his family in 2003.

Gillian Duffalo, a Digital Ambassador for the World Aid Team, is a sophomore at the University of Pennsylvania majoring in Communications, and minoring in Consumer Psychology and Cognitive Science. Her experience includes brand positioning and marketing for nonprofits and private organizations. She is passionate about social impact and expanding target audiences.

Jordan Spira, a Digital Ambassador for the Groundbreaking Israel World Aid Team, is a sophomore at the University of Florida studying Political Science and Spanish. She is on the pre-law track and is heavily involved in the Panhellenic Council, Hillel and the College of Liberal Arts and Sciences at her university.

Keren Binyamin, a Digital Ambassador for the Groundbreaking Israel World Aid Team, is a Junior marketing and management major at the University of Maryland. She has recently been accepted to the Smith School of Business’s Plus One Program where she will pursue a master’s degree in supply chain management. In her free time, Keren enjoys singing with her A Cappella group and spending time with her friends.

Marielle Harari was born and raised in Philadelphia to an Israeli/Russian family. Marielle, a Digital Ambassador for the Groundbreaking Israel World Aid Team, is currently attending Drexel University and is working full time as a paralegal at the Law Offices of Jared Zafran. In her free time she likes to bake, cook and be in nature!

Yael Kirschner, a Digital Ambassador for the Groundbreaking Israel World Aid Team, is a senior at The City College of New York, majoring in Psychology. She has passions for Israel, writing, and learning new things! 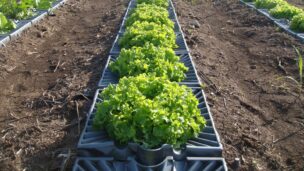 Working Hard to Protect and Preserve our Hard-Working Planet 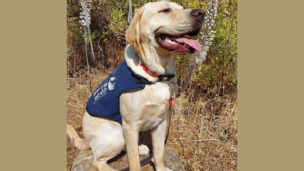 The Story of a Brave Soldier, Jackie Behar 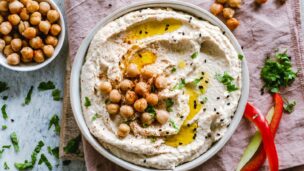 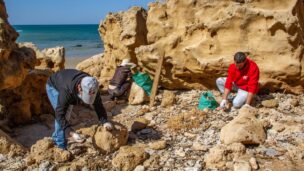 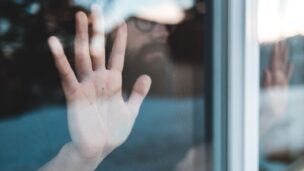 Pandemic of the Mind: Efforts to Help Those Struggling with Mental Health