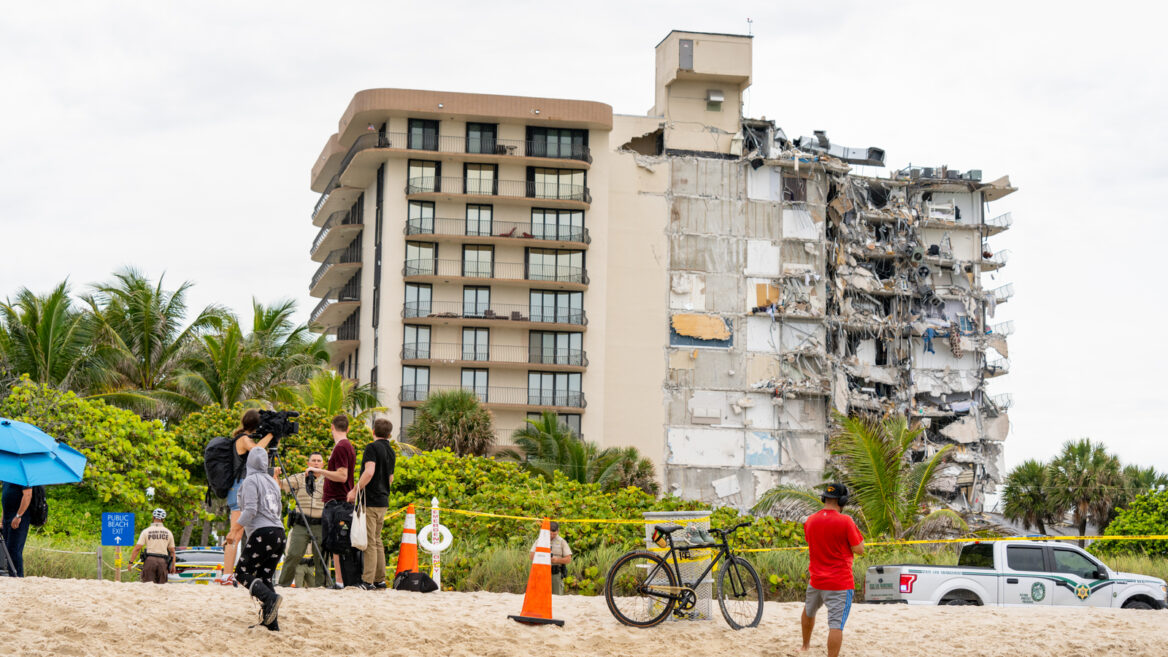 Israeli officials and disaster relief specialists took off Saturday night for the Miami suburb of Surfside, Florida, in the wake of the collapse of the 12-story Champlain Towers South condominium building last Thursday.

Five people have been found dead so far, 37 were rescued alive from the wreckage and approximately 156 people are still missing. Recovery efforts were hindered by a fire smoldering beneath the rubble on Saturday.

An emergency delegation of engineering and rescue specialists from the Israel Defense Forces’ Home Front Command flew out to help local crews at Surfside in coordination with the Florida governor’s office and the Israeli Foreign Ministry.

This mission, dubbed Operation Yad Achim (Helping Hand), is headed by the commander of the National Rescue Unit in the Home Front Command, Col. (Res.) Golan Vach. The delegation includes former Deputy Consul General in Miami Guy Giladi, as well as approximately 10 reserve officers from the Home Front Command who are experts in engineering and social care efforts.

The delegation will assist in mapping out the destruction site, identifying victims and survivors, and supporting the local rescue forces generally. 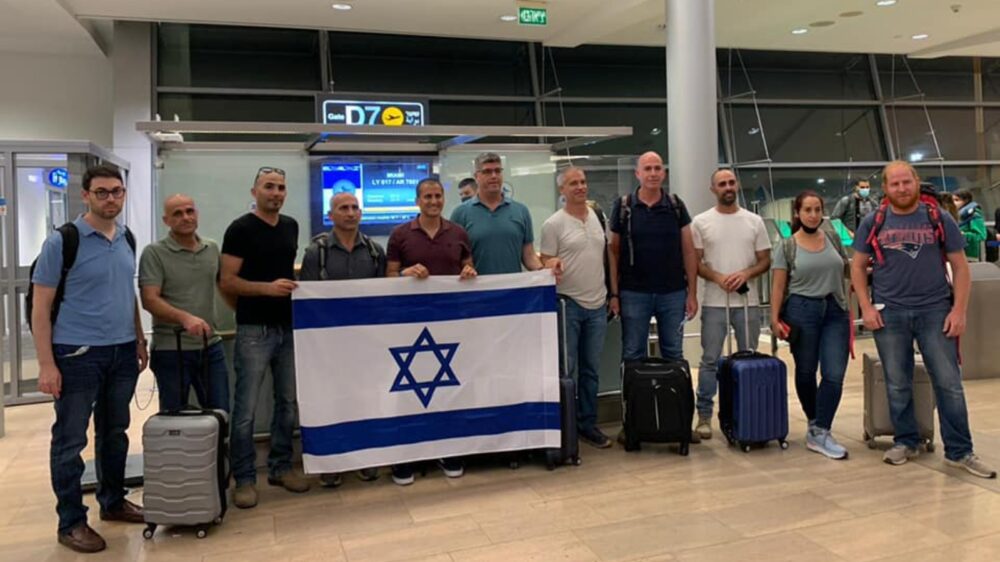 A team of experts from the IDF Home Front Command taking off for Florida to assist in disaster relief following the building collapse in Surfside, Florida. Photo courtesy of the Israeli Consulate

United Hatzalah of Israel, Israel’s largest all-volunteer EMS organization, sent a team from its Psychotrauma and Crisis Response Unit (PCRU) to provide psychological support to the families and neighbors of those injured, killed, or affected by the tragedy.

The unit is led by paramedic Dov Maisel, vice president of operations for United Hatzalah, who has led disaster response missions to Nepal, Haiti and Japan; and Einat Kaufman, clinical operations director of the PCRU. Kauffman, a trained EMT, is a cognitive psychotherapist specializing in trauma, grief, and bereavement stemming from mass casualty incidents.

The delegation includes psychologists for children and adults, therapists, an expert in disaster management, and a member of the PCRU’s K-9 therapy unit.

The PCRU previously took part in United Hatzalah aid missions to the United States following Hurricanes Harvey and Irma in 2017, and the Tree Of Life mass shooting in Pittsburgh in 2018. 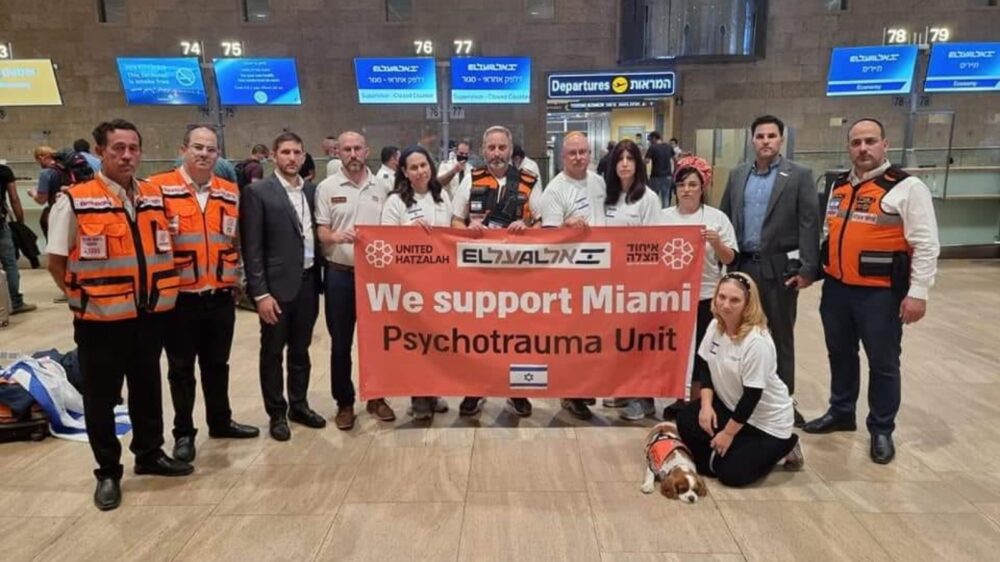 “This will be the fourth emergency relief mission conducted by our Psychotrauma and Crisis Response Unit in the United States in as many years,” said United Hatzalah President and Founder Eli Beer.

“The team will be utilizing techniques and tools developed in Israel which have proven to be highly successful in assisting those who have suffered from similar incidents.”

The UH and IDF teams flew aboard El Al Airlines planes provided for free. UH International Spokesman Raphael Poch told ISRAEL21c that among the passengers are relatives of those missing in the collapse. “We are already working with and supporting them,” he reported on route.

ISRAEL21c will remain in touch with the UH team to bring our readers firsthand reports from the ground.

Surfside, a Miami suburb of about 5,700 residents, has a diverse population including a large Jewish community.

The staff of the Israeli Consulate General in Miami and the Consul General, Maor Elbaz-Starinsky, have provided clothing, medicine, food, emergency lighting and more since the tragedy occurred, and will coordinate the arriving Home Front Command delegation with the staff with the Miami District Emergency Services and the State of Florida.

Champlain Towers South, built in 1981, reportedly was undergoing construction work ahead of a safety review. At least 55 of the building’s 130 apartments were destroyed in the collapse.

A 1990s study led by Israeli-born Florida International University Prof. Shimon Wdowinski had found signs of subtle land subsidence at the site. Subsidence is when the ground beneath a property sinks, pulling down the foundation. Wdowinski has told the press, however, that this doesn’t mean the collapse was predictable.

On Monday morning, 10 members of Israeli humanitarian group SmartAID‘s volunteer search-and-rescue team, Magen Disaster, arrived in Surfside. Shachar Zahavi, founding director of SmartAID, said Magen Disaster has participated in more than a dozen search missions over the past two decades, including in Mexico City after the 2017 earthquake.