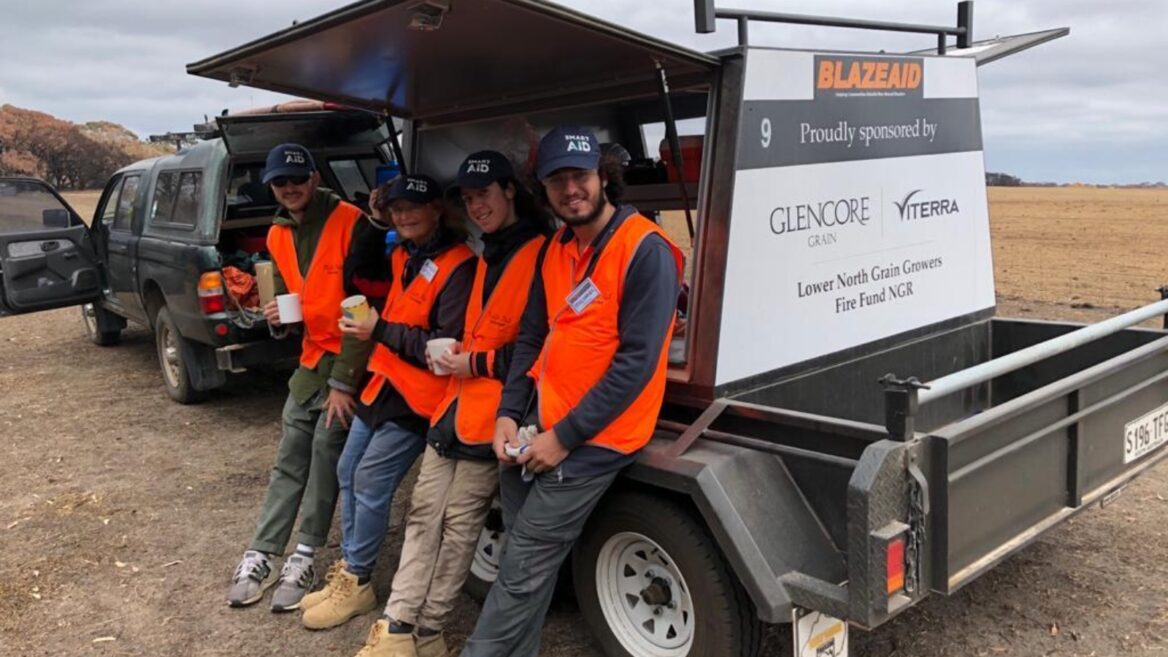 SmartAID volunteers from Israel and Australia are working on Kangaroo Island with local partner BlazeAid. Photo by Josh Saacks

A team of nine Israeli and two Australian volunteers with SmartAID were among the first to enter Australia’s Kangaroo Island two days ago to help locals affected by ongoing wildfires.

“The wildfires which hit Kangaroo Island looks like a scene from an apocalypse movie. The team drives through the fire trail in Kangaroo Island, with burned trees, some still on fire. The earth is black and smoke fills the air,” reported SmartAID Global Goodwill Ambassador Alethea Gold.

The SmartAID team is working alongside the Australian army, firefighters and local nonprofit partner BlazeAid to clear the rubble of burned homes, help open access routes and assist farmers in rebuilding their livelihood.

“We are here shoulder to shoulder helping our Australian friends who lost everything to the fire,” said Gold. 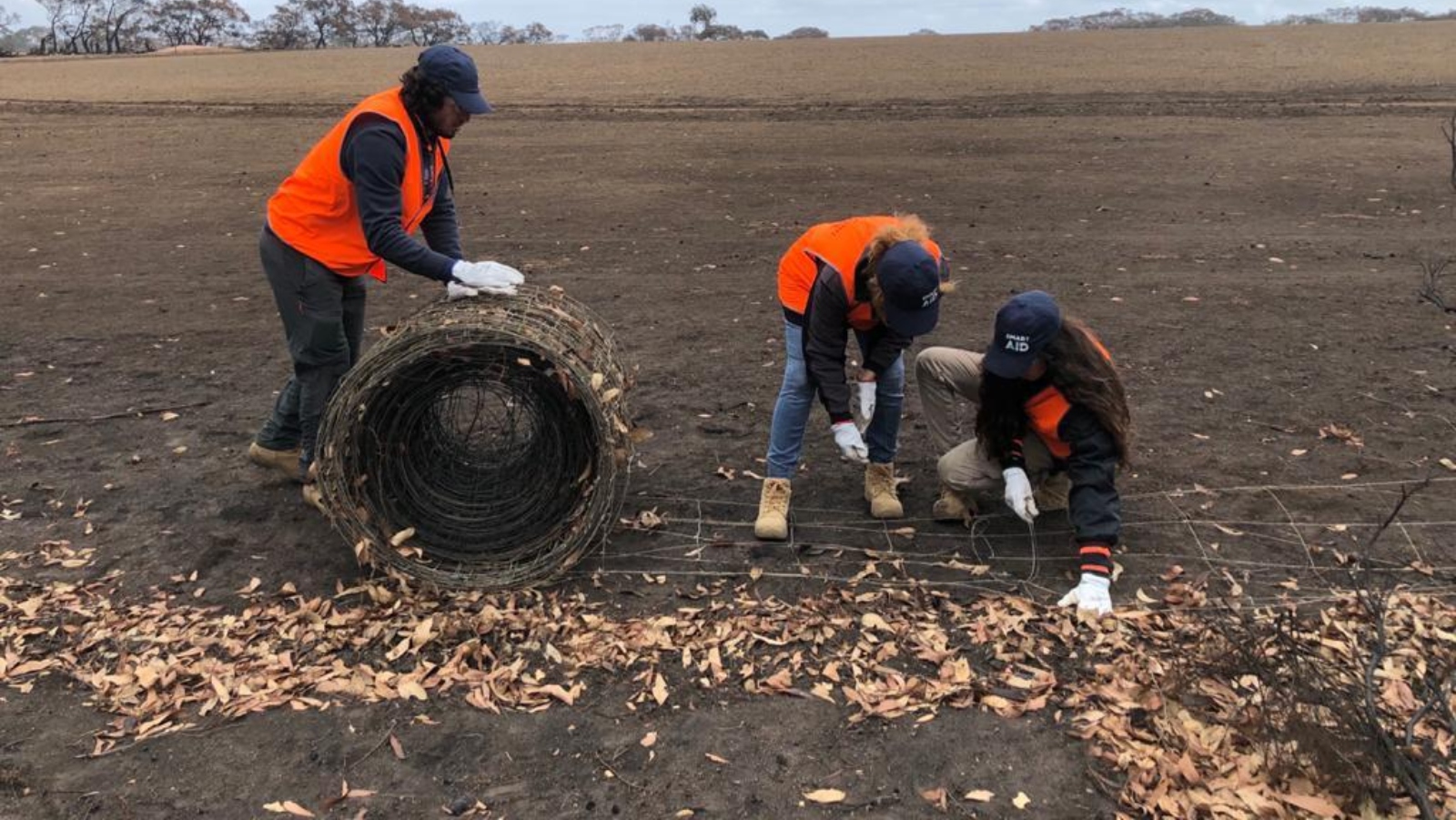 SmartAID, formerly called iAID, has been operating quietly for the past three years since it was cofounded by Shachar Zahavi. He previously founded and headed global humanitarian aid organization IsraAID.

We reported on iAID assistance following natural disasters in Mexico, Texas, and Peru, often alongside other Israeli humanitarian aid groups.

The international not-for-profit aid agency has been renamed SmartAID to reflect its unique focus on “harnessing the power of innovation and technology to save lives, alleviate suffering and empower communities.” 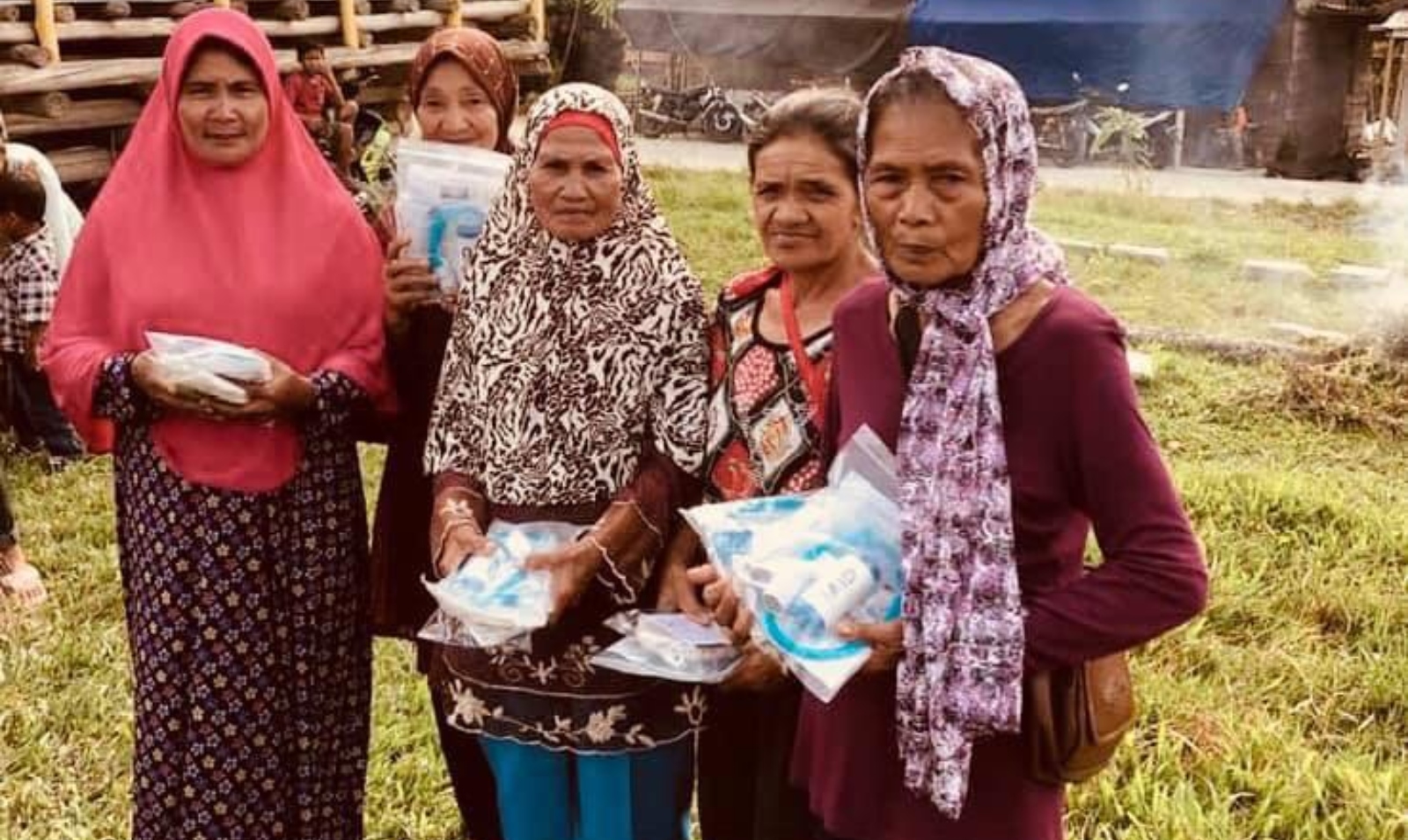 Based in Israel, SmartAID has branch offices in Australia and United States, and soon in Europe.

“In the humanitarian aid field today, there’s a slow shift from traditional forms of aid to more technological and innovative solutions,” Zahavi tells ISRAEL21c, explaining why as a serial social entrepreneur he took the lead in forming SmartAID.

“International aid organizations are slowly entering this tech scene with food, clean water, clean energy, agtech and fintech solutions. Our idea is that the ‘startup nation’ is the obvious place from which to offer Israeli and Jewish knowhow from Israel and globally. The added value we bring is innovation in disaster settings and long-term programs.”

This is accomplished in collaboration with entrepreneurs, startups, manufacturers, impact investors, local governments, donors and academics. 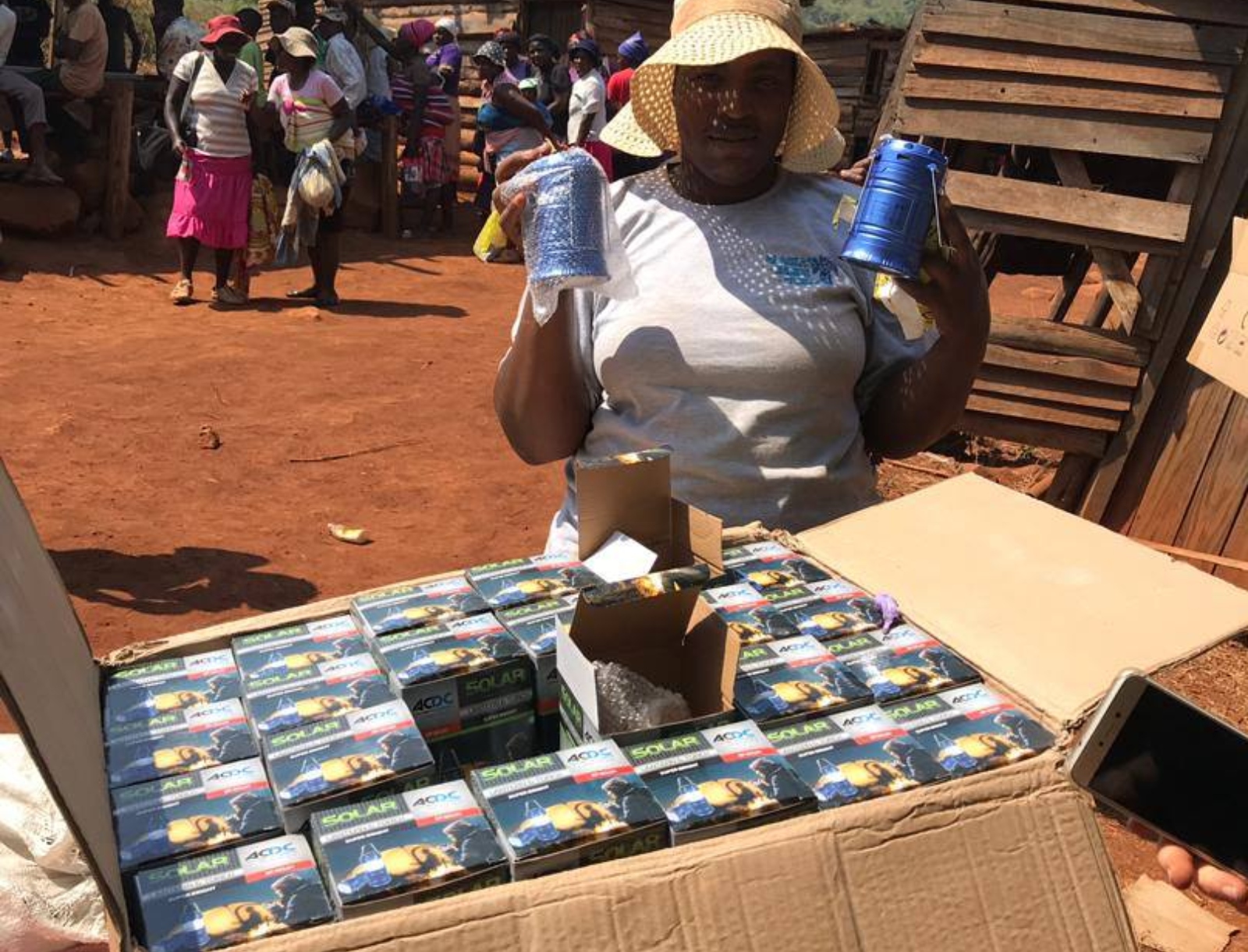 “It could be anything from solar panels to water storage,” he says. “In the Bahamas we partnered with a local group, HeadKnowles, and established a coordination center where we put in telecommunications infrastructure to help aid agencies working across the island after Hurricane Dorian.” 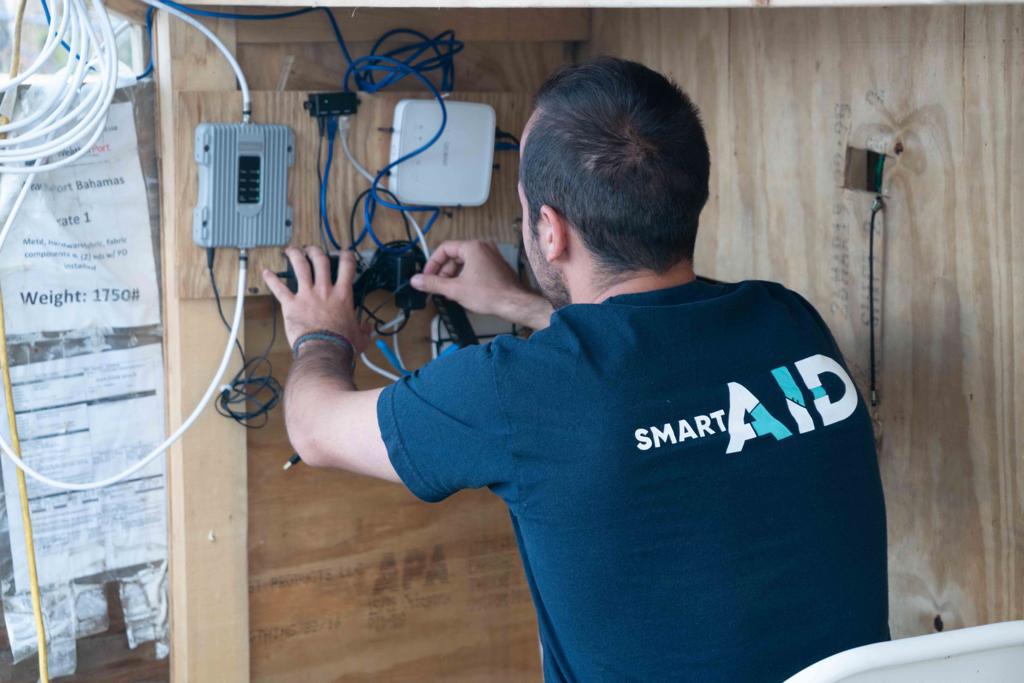 A SmartAID volunteer building a communications center in the Bahamas. Photo: courtesy

In Mozambique, following a March cyclone that also brought IsraAID to help victims, SmartAID worked with local partners including MiracleMissions to deliver solar lights from a South African company. 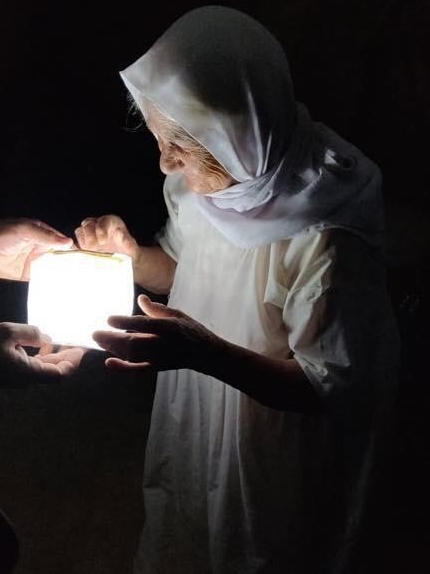 Zahavi says his organization’s office in Australia coordinated its response to the fires. Many of the Israeli volunteers were already in the country on backpacking trips. “Some are trained already and some are being trained on the ground,” he said.

“We deployed our volunteers about two days ago when Kangaroo Island was opened to aid groups. It is a difficult location to access. We did an evaluation and are in the process of developing our program there in the three areas we have been asked to focus on. We’re trying to see what local resources and technologies can be provided to help affected communities.”

Funding for SmartAID’s mission at Kangaroo Island is from Australian donors and from the Tel Aviv-based Ted Arison Family Foundation.

Other Israeli groups helping fire victims in Australia include the Jerusalem Biblical Zoo, which launched a fundraising campaign to buy veterinary supplies for volunteers treating wounded animals; and the Gan Garoo Australian Park in northern Israel, which is donating part of all ticket sales toward Australian relief efforts and plans to send a veterinary team to assist injured kangaroos.

ISRAEL21c will keep you updated on all these developments.