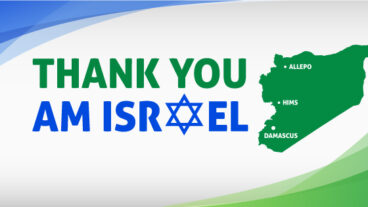 Aboud Dandachi, a Sunni Muslim from the city of Homs now living in Istanbul, has created a website dedicated to the Israeli and Jewish organizations and people helping Syrian refugees.

The website, Thank You Am Israel, highlights the humanitarian aid being given to displaced Syrians and also refutes any reasons why Israelis and Syrians should be enemies.

“As a Syrian, I am morally obligated to ensure that the goodwill that Israelis and Jews have displayed towards my people will not be overlooked nor forgotten. The day will come when the conflict in Syria will come to an end, as all things come to an end. On that day, it is imperative that Syrians reciprocate the enormous goodwill shown towards us by Israelis and the Jewish people. Whatever supposed reasons we may have had to be adversaries is dwarfed by the compassion shown to us during our darkest days, a time when we have nothing to give back except our gratitude,” writes Dandachi in a January opinion article on his site.

Dandachi, a 39-year-old high-tech project manager, says he never imagined the civil war in Syria would last five years. Dandachi left his hometown of Homs in September 2013 for Lebanon and then made his way to Turkey.

“I grew up with statements like ‘These people are your enemies. The Jews are evil.’ And then I saw that the Jews are the most humane and generous people of this era.”

In December 2015, he created a blog, Twitter account and Facebook page “in appreciation of the assistance given to Syrian refugees by Israeli and Jewish organizations and individuals.”

“I wanted to start this blog a while ago, but I was a little wary of the political climate in Turkey. But now it seems the Turks are reconciling with Israel so that gives me an opening, so to speak,” Dandachi tells ISRAEL21c on a Skype call from Istanbul. “When you’re a refugee you have to be very careful about what you say and what you do. When you’re a refugee you’re on your best behavior in your host country. You never want to offend your host country.”

The site includes news stories and opinion pieces on the global humanitarian aid being offered by Israeli and Jewish people to the Syrian people. (Am Yisrael is Hebrew for “Nation of Israel.”)

“There are new stories of Israelis helping Syrians every day. As far as I’m concerned, because we as Syrians cannot give back to Jews what they give to us, we should at least thank them,” Dandachi told Ynet news.

He says this “one-man operation” is a personal mission and that he had no idea what feedback he’d get, if any.

“I’ve been getting tremendous feedback and messages of support,” Dandachi tells ISRAEL21c. “What surprised me is the feedback from Arabs. I was expecting hostility from Arabs and instead a surprising number have told me that I’m saying what they can’t say and that I should keep saying what I’m saying. It surprised me the number of Arabs and refugees like me who say that.”

Dandachi tells ISRAEL21c that his site has also prompted great interest from Israel. He says he gives talks via Skype to groups in Israel and is regularly interviewed by local media here. While he would love to visit Israel, he says: “I’m a Syrian. Visiting Israel is not even remotely possible. I would love to visit Israel when it becomes possible.”

Dandachi blogs: “Turned away from Arab countries, increasingly unwelcome in Europe, Syrian refugees have found support, aid and assistance from the last place they could have expected: Israeli and Jewish organizations and individuals.

“While thousands of Syrians languish on the borders of neighboring countries, Israeli medical teams and hospitals have been tireless and unstinting in treating Syrians in need . . . Israeli and Jewish organizations are, despite considerable personal risk, on the ground in Greece and the Balkans, providing aid and assistance to the seemingly endless wave of refugees fleeing the mayhem of the Middle East.

“No one could have faulted Israelis and Jews had they taken a strictly hands-off approach to the humanitarian catastrophe created by the Syrian conflict. Indeed, with six Arab societies tearing themselves apart and in different stages of failed statehood, the sensible thing for Israelis to do would have been to hunker down, and wait until the mayhem beyond had burned itself out.” 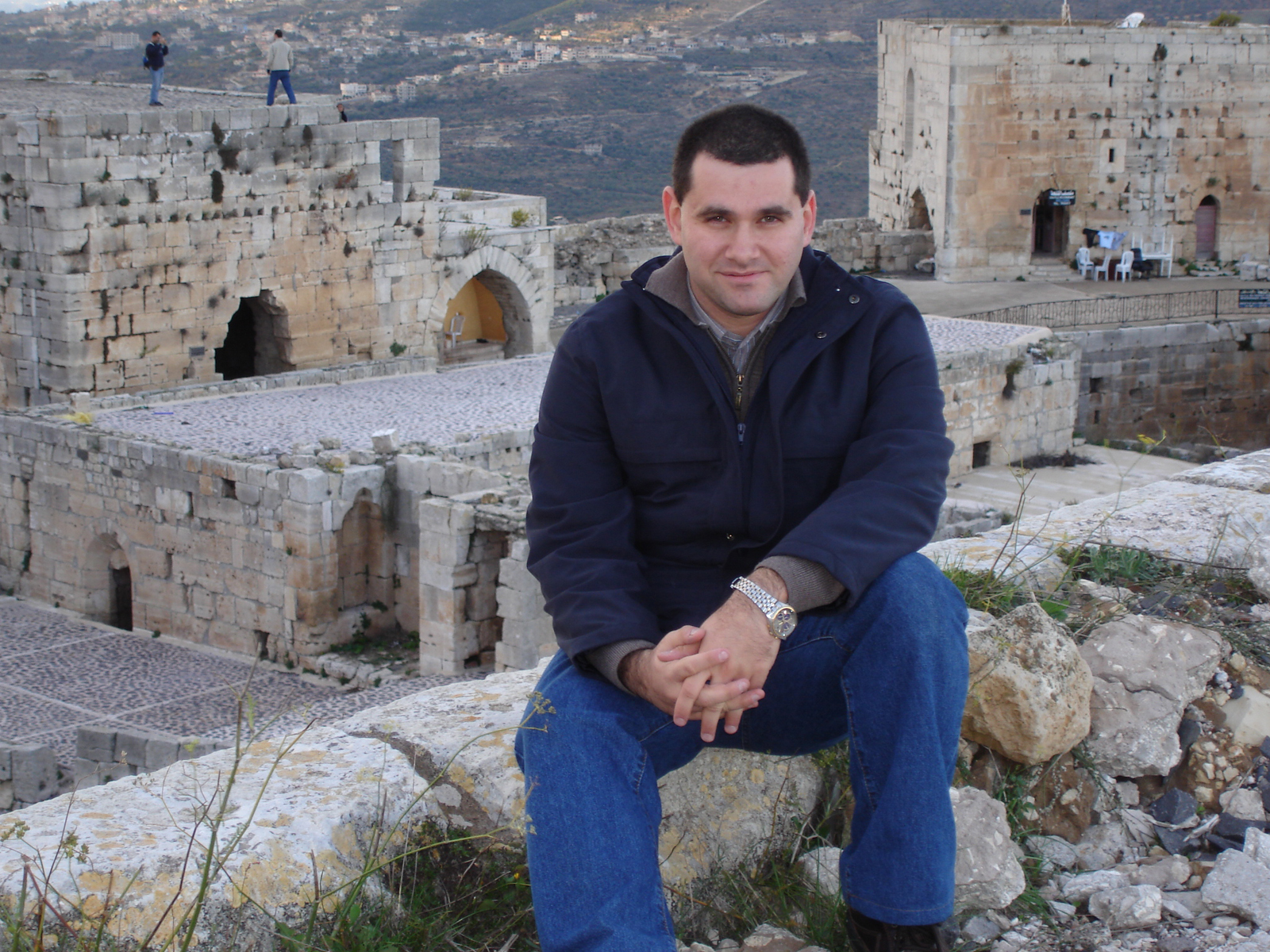 Aboud Dandachi at the 12th Century Krak des Chevaliers in Homs. In 2013, the Syrian government bombed this site, destroying what had been the world’s best preserved Crusader Castle. Photo courtesy

Dandachi calls himself “a displaced Syrian refugee currently living in Istanbul.” His site chronicles aid, assistance and medical care to Syrian refugees from 2011 to the present.

Dandachi told Ynet about his childhood anti-Israel education. “I grew up with statements like ‘These people are your enemies. The Jews are evil.’ And then I saw that the Jews are the most humane and generous people of this era. When I see that Hezbollah and the Iranians are coming to kill me and I’m forced from my home by Syrians, and then I hear that Israelis and Jews are helping Syrians, my view of the world changes.”

“Why are we the Jews’ enemies?” he asks. “At a time when Donald Trump is defaming us, when Denmark and Switzerland confiscate Syrian refugees’ belongings, when all these countries are against us – we have the Jews who even endanger themselves to help us. So why should I be an enemy of the Jews? They have proven that they want to be my friends. They held out their hand, so why should I turn against them?”

This is why he created the Thank You Am Israel portal.

“For what it is worth, you have the thanks of at least this Syrian. I myself am not a media mogul, or a well-placed columnist. I am at heart a simple Syrian village boy caught up in events far bigger than himself, trying to muddle through as best as can be expected. My powers of persuasion are limited. Heck I can’t even convince one of my own brothers to stop being such a Russophile,” he writes.

“But by chronicling and acknowledging the numerous acts of compassion and generosity shown by the Jewish people to my own people, I can try to ensure that Syrians, Arabs and the world at large never be allowed to forget what you have offered and provided to Syrian refugees, at a time when you had every historical and practical reason not to.

“Thank you Am Israel, and may you always be safe and blessed.”

UNCOVER ISRAEL - Get the ISRAEL21c
Weekly Edition free by email
Sign Up Now!
Bring Israel's story to life.
Millions of people around the world rely on us to gain a deeper understanding of Israel. We are the trusted source for original content you won't find anywhere else.
You can make a difference. Donate today to support journalism that brings Israel’s story alive.
SUPPORT ISRAEL21c
Read more on:   Spotlight on Israel, syrian refugees, Humanitarian Aid, Israeli aid