In critical condition with severe shrapnel injuries to their torso and limbs, bullet wounds from head to toe and open fractures — this is how Syrian patients arrive at Israeli hospitals in the north of the country. And they are all treated like any other patient.

“It’s our duty as a regional hospital, where we are located along the Lebanese border on one side and the Syrian border on the other side,” Dr. Amram Hadary, director of the trauma unit at Ziv Medical Center in Safed (Tsfat), tells ISRAEL21c. “We cannot ignore that the Syrian conflict is happening behind our door. We cannot close our eyes, ears and hearts to what is happening there. It’s a catastrophe.”

World interest was piqued earlier this year when the first seven Syrian civilians crossed the border into Israel to receive medical treatment at Ziv. Although Israel and Syria are officially enemies, since that initial humanitarian gesture in February, different reports cite between 50 to 100 victims of the bloody civil war have been admitted to Israeli hospitals for life-saving surgeries.

“We treat patients regardless of religion, race, nationality, and give the best care we can provide,” Ziv Medical Center director Dr. Oscar Embon tells ISRAEL21c.

Some 30 patients (80 percent of the total) have been treated at Ziv, and the remaining Syrian victims have been cared for by Western Galilee Medical Center in Nahariya, Rambam Medical Center and Poriah Hospital near Tiberias.

“For me, they are human beings in need of treatment. I’m not thinking of them as enemies,” says Embon. “I’m glad as a physician that we have the opportunity to exercise humanistic principles. I’m very glad to be able to do what we’re taught to do.”

The Israeli medical staff has no idea who the Syrian patients are. They could be civilians caught in cross-fire, part of the military or members of the rebel forces.

Hadary says: “We don’t know who we’re treating, armed or not armed, wearing uniform or not wearing uniform. Because of the critical condition in which many of them arrive, we don’t question who they are. It is irrelevant. They are patients and are treated with the best measures we have in the hospital. Everyone gets the same treatment.” 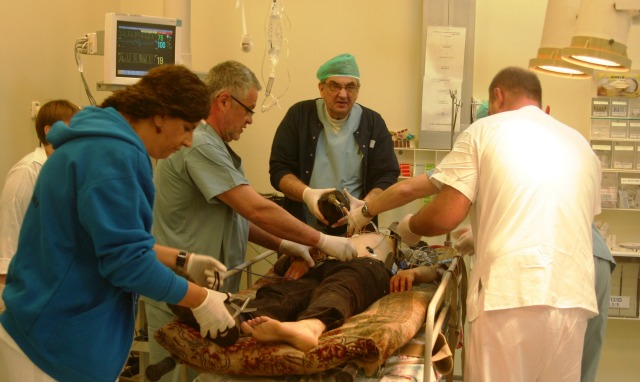 Throughout Israel’s history – pockmarked with numerous conflicts — doctors have treated people regardless of their ethnicity, even if their country was at war with Israel. Ziv doctors cared for enemy soldiers and a Syrian pilot as far back as the 1982 Lebanon war, hospital officials said.

“One of our raisons d’être is not only to treat the civilian population here but everyone who needs trauma treatment in the area,” says Embon.

Israel’s Health Ministry and the Defense Ministry agreed to jointly fund the hospital treatment for the Syrians. That total currently stands at $830,000. Embon says that although the bills have not been paid since February, “we’re not panicking. We know the government will reimburse us.”

Shortly after the Syrian civil war erupted, the Israeli army set up a field hospital on the border to treat victims. The IDF grants special permission of entry to Israel for the critically injured, and escorts them to and from the hospital.

“Our policy is to help in humanitarian cases, and to that end we are operating a field hospital along the Syrian border,” Defense Minister Moshe Ya’alon told the Knesset’s Foreign Affairs and Defense Committee in June. “In cases where there are badly wounded, we transfer them to Israeli hospitals.”

A note of cooperation

The youngest victim of Syrian violence to be transferred to Israel for treatment to date was a nine year old boy. There have also been teenagers, 20-somethings and those without a known age.

The nine-year-old boy arrived in Israel last night (June 25) accompanied by his father — marking the first time a non-patient was allowed into Israel since the IDF opened the border to the Syrian victims.

“I’m very happy he came with his father. He is so young,” Embon tells ISRAEL21c, noting the father also has a cast on his arm but is not a patient at Ziv. “They were sitting at home and something hit their house. The boy lost his eye and suffered shrapnel wounds all over his body.”

All four medical facilities in the north of Israel have Arabic-speaking social workers, trauma specialists and nurses. 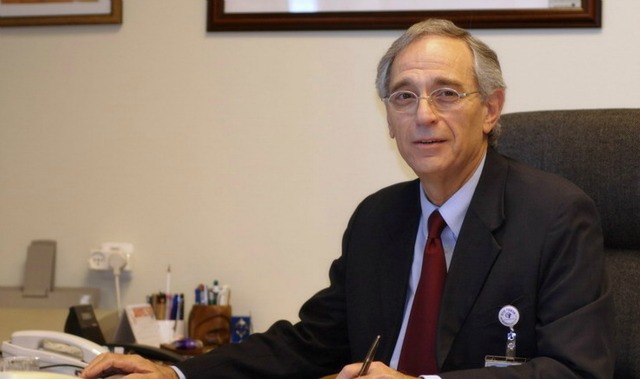 Hadary notes that while the patients know they are being treated in Israel, their concerns are not political but rather homesickness or whether the food is Hallal certified.

Embon says he always confirms with army personnel that upon discharge the patients will have access to medical aid in the community to which they are returning.

The Syrian patients usually arrive with empty pockets. But in early June, one patient had a surprise for Ziv’s staff – a live grenade in his pocket. (The grenade was defused without any damage.)

A week later, doctors found a note – written in Arabic – attached to the clothes of a 28-year-old in need of lifesaving surgery. The note detailed previous medical care the patient had received in Syria days earlier. The unnamed Syrian physician asked his Israeli counterparts to save the patient’s life.

“This marked a turning point,” says Embon. “This is a change that they’re coming after being treated in Syria. The note shows me that they’re aware that we’re treating the injured and that it’s okay to refer patients who need enhanced treatment. The note was like any normal letter between two hospitals.”

“The note was very special because one of our problems is we don’t have medical data about previous treatment on the other side of the border,” says Hadary, director of the trauma unit. “It’s important from a professional point of view to have this medical letter. And the bottom line is [the Syrian doctor] was wishing us luck with what we are doing.”

Whether the cooperation between the medical communities will influence the political situation remains to be seen.

“We’re saving lives, not with expectations for the future. We’re doing it because it’s our job,” says Hadary. “Let’s hope for peace and be realistic at the same time.”