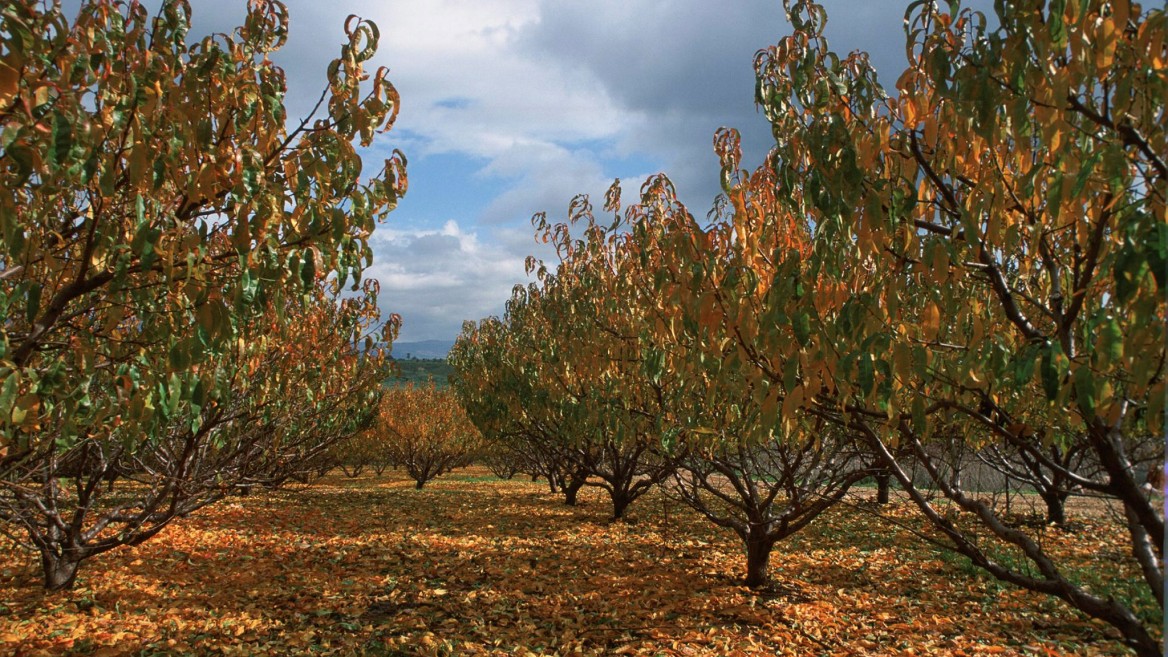 Summer has passed, and though the weather in Israel is still warm, the cooler nights and shorter days are an unmistakable sign of autumn. Here are eight reasons we fall in love with Israel every fall.

Israelis gobble an estimated 15,000 tons of apples and about 1,600 tons of honey during the month of Rosh Hashana. That’s because Jews across the world wish for a sweet new year by munching on apples dipped in honey. 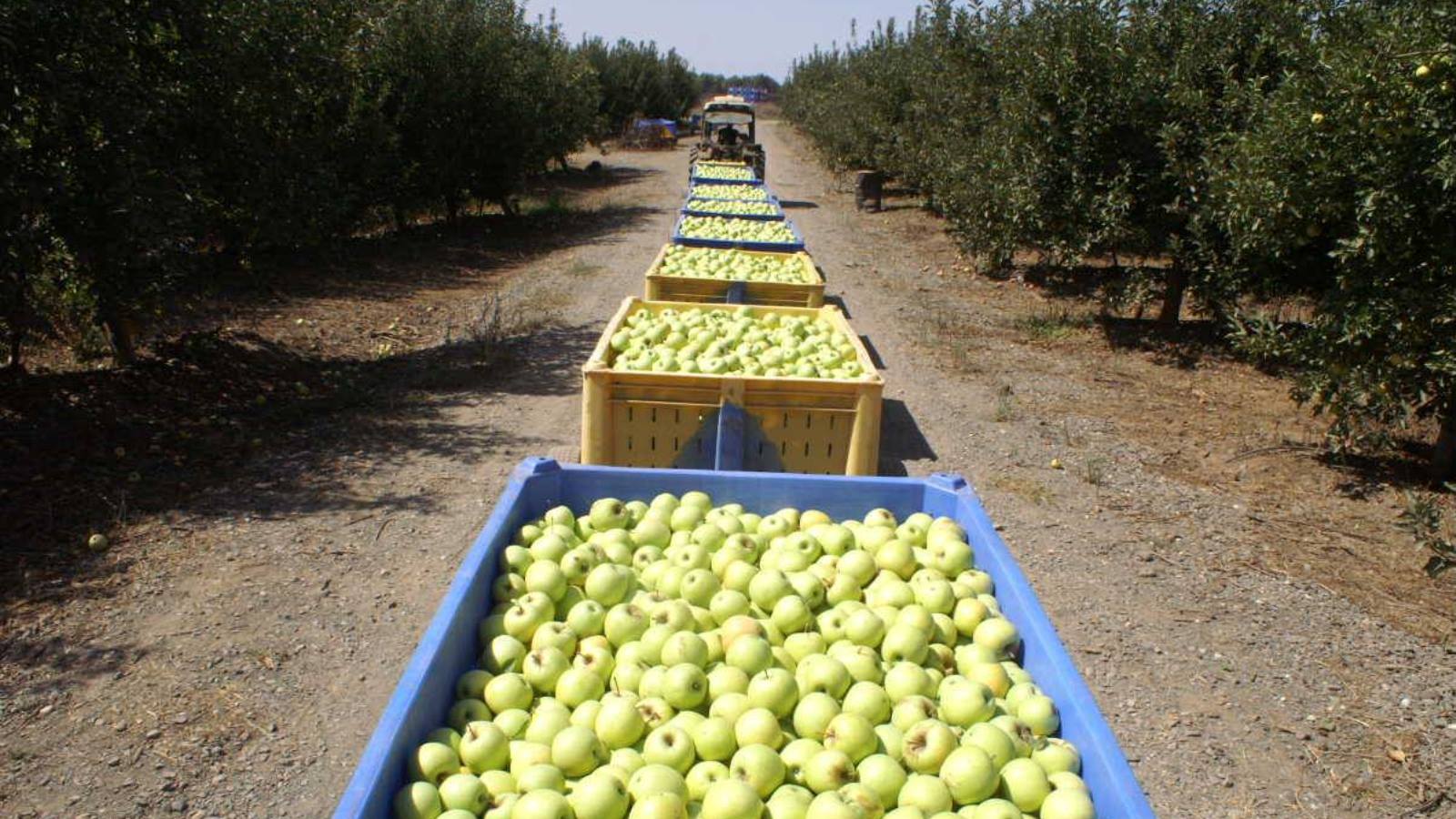 The annual Honey Festival takes place this year at 11 apiaries throughout Israel from September 22 through October 29. A “sweet” photo contest was added to this year’s festivities. Information: honey@honey.org.il

2. Half a billion beautiful birds

Every November and April, at least 500 million birds of more than 500 different species pass through Israel on their way to and from Africa, Asia and Europe. One of the best places to witness this amazing sight is the Agamon Hula Ornithology and Nature Park.

The sixth annual Hula Valley Bird Festival is scheduled from November 20-27. On the final weekend of the festival, participants will have the option of traveling to the Negev to observe rare desert birds and raptors. 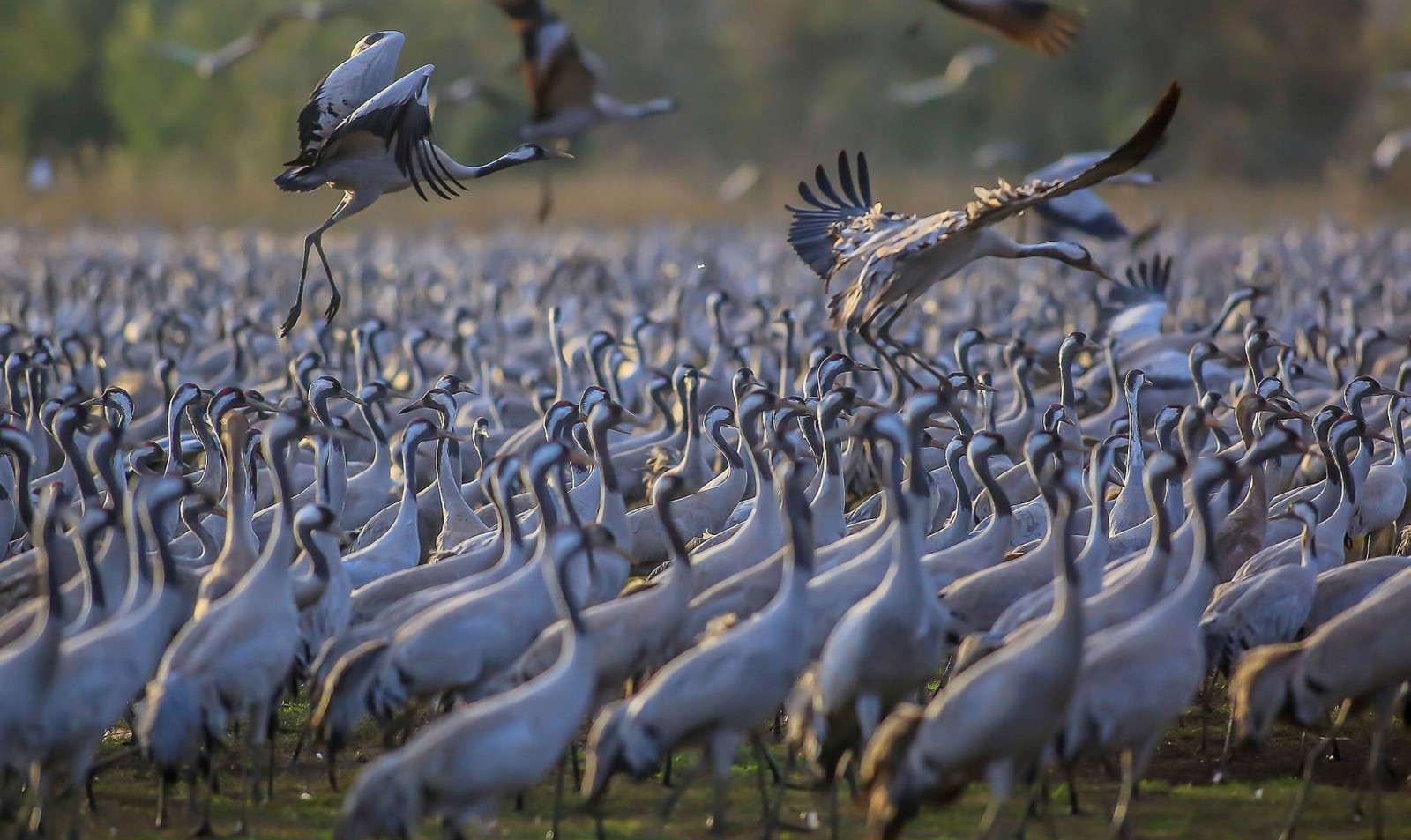 Thousands of cranes at Hula park. Photo by FLASH90

Israelis love hiking any time of year, but the weather is at its finest in the fall.

Take advantage of the moderate temperatures and plan a hike on the 1,000-kilometer Israel National Trail, in the desert, on the Golan Trail, in the Jerusalem area, on a wheelchair-accessible trail, around Beersheva, across borders, and many other locations too numerous to list. 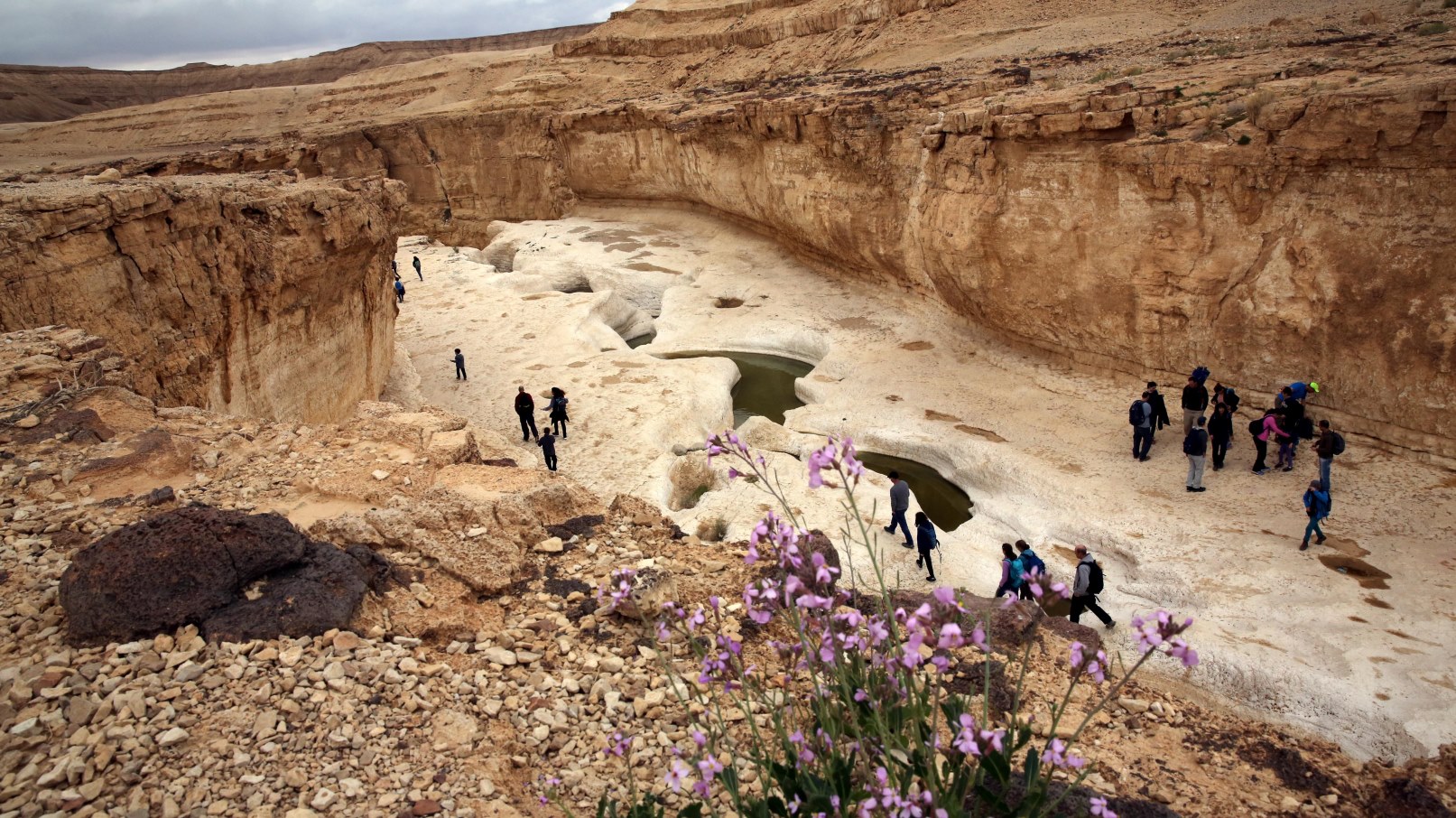 Israelis hiking in the Judean Desert. Photo by Yossi Zamir/FLASH90

If you’d rather see the beauty of Israel from the seat of a bike, rent one from a station in Tel Aviv’s Tel-O-Fun network, take a Jerusalem Midnight Biking tour from 9pm to midnight (additional guided bike tours available during daytime hours) or register for one of many biking events around Israel during the autumn months. 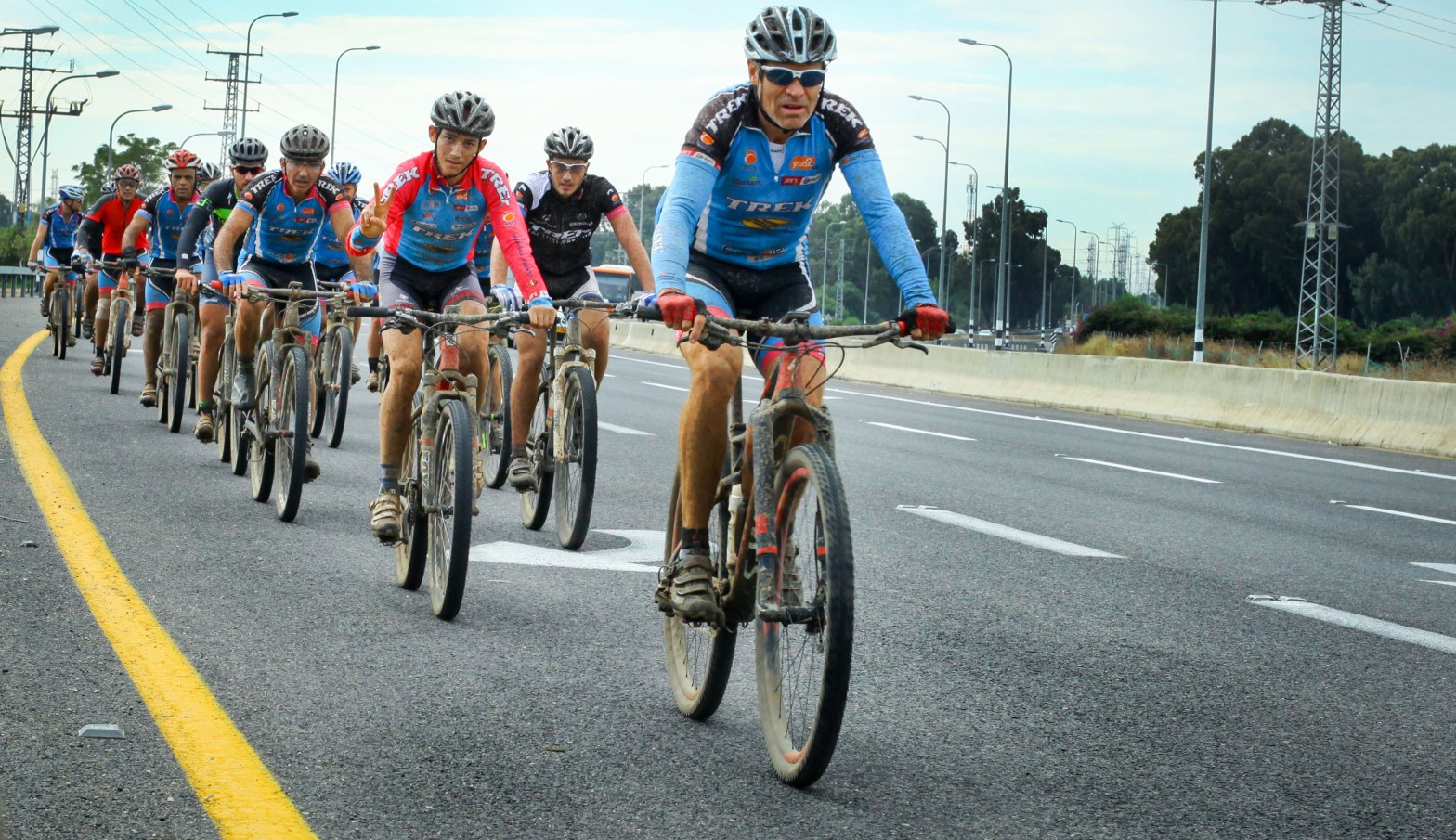 Israelis rejoice at the first rains of the new Jewish and agricultural year, typically arriving in September or October to herald the start of the rainy season that runs through early spring. So welcome are those precious drops after a long, hot summer that Hebrew even has a special word for the first rainfall, yoreh. 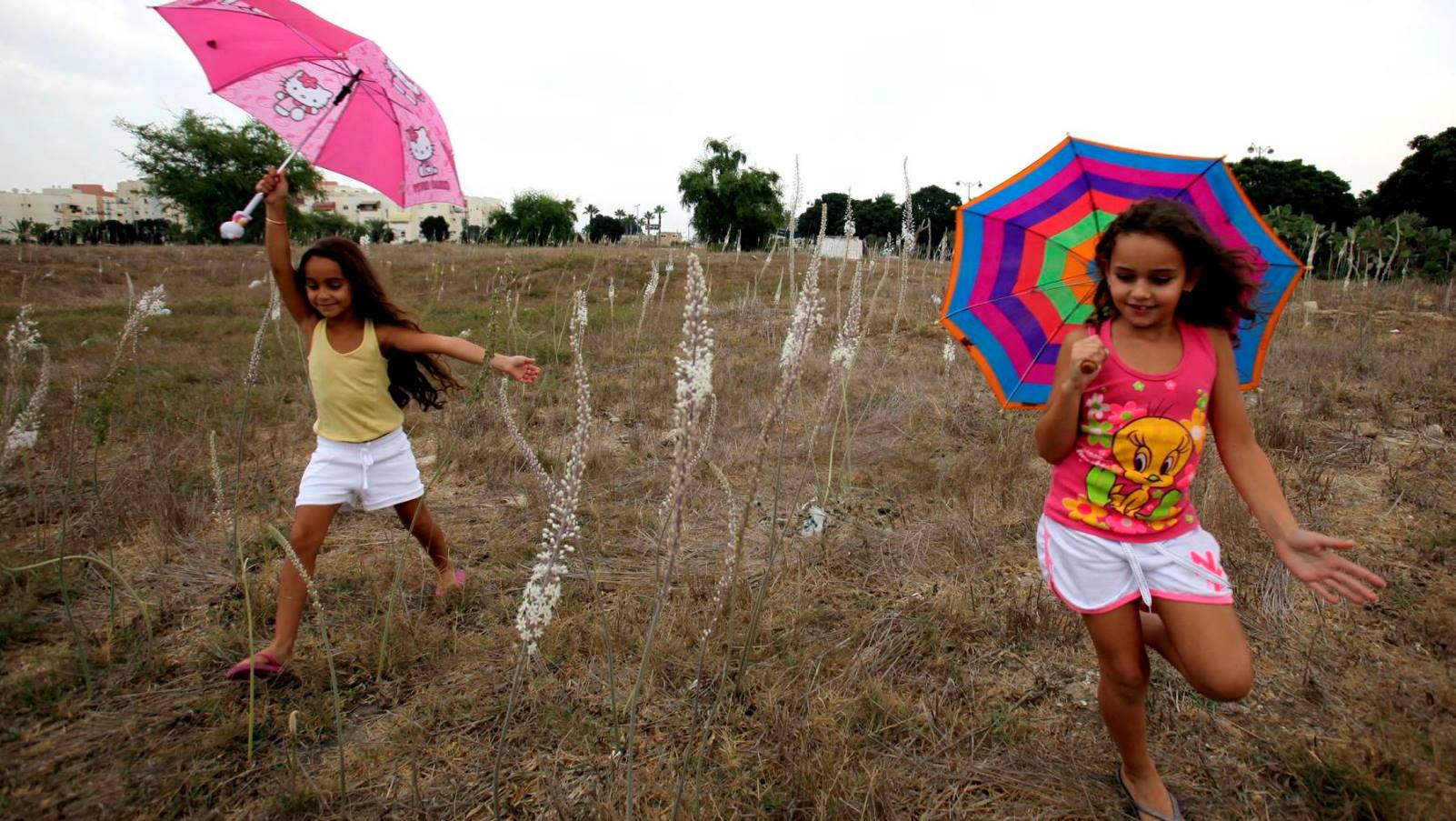 Children in Ashkelon celebrating the first rain of the season. Photo by Edi Israel/FLASH90

Sunsets in Israel are spectacular year-round, but some people swear they reach their peak of perfection in the autumn months. 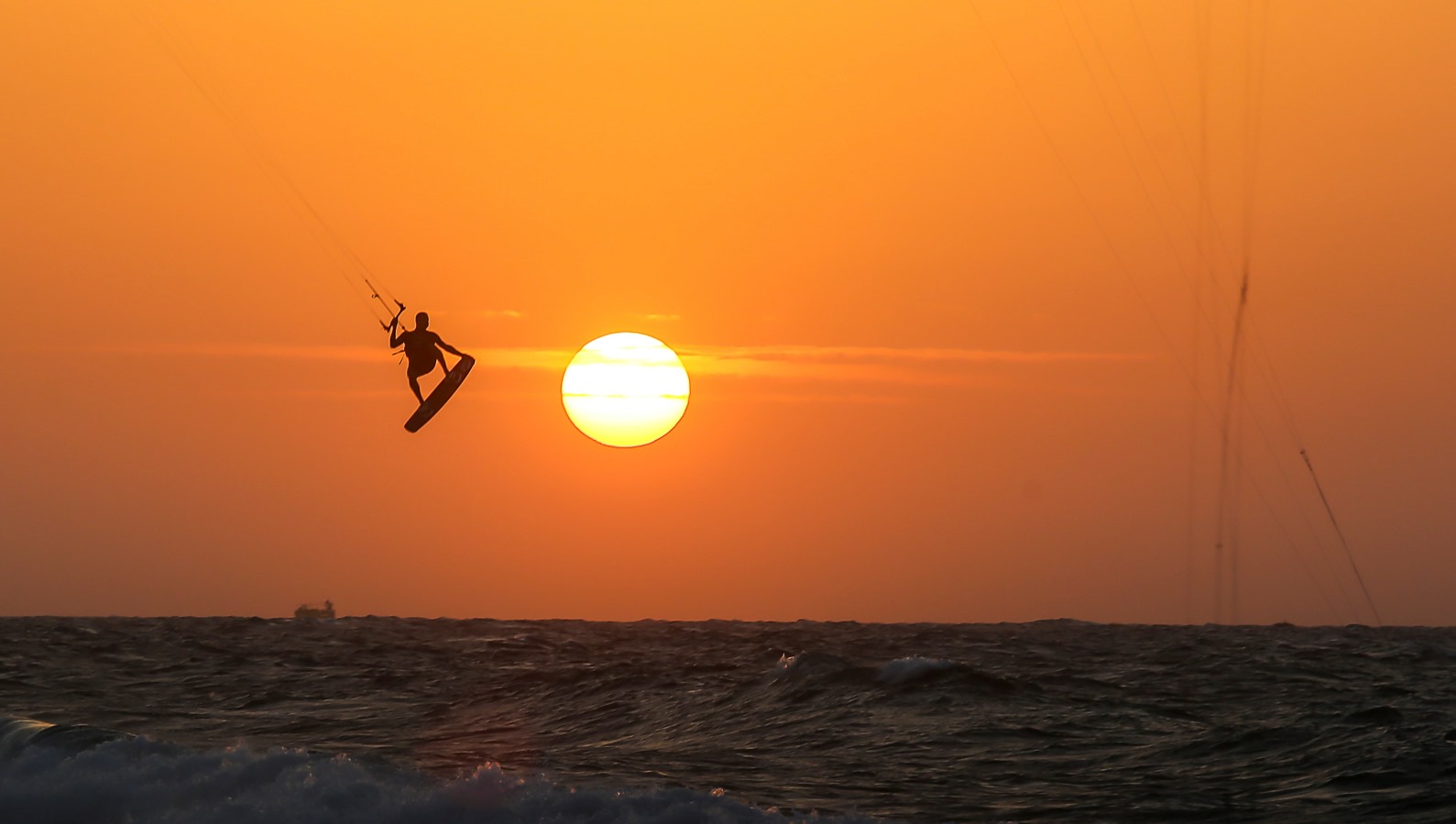 Kite surfers take to the waves at sunset at the Yamia beach in the Israeli city of Ashkelon, November 2, 2015. Photo by Edi Israel/FLASH90

7. Life is at a slower pace

Although the lazy days of summer wind down with the start of the school year on September 1, Israelis take another break during the High Holiday season from Rosh Hashana through Sukkot (this year, October 3-24).

A common phrase heard in Israel during this time is acharei hachagim, “after the holidays.” In practical terms, this means Israelis are putting their energies into holiday meal preparations and family trips, so you shouldn’t expect much productivity or responsiveness in business, academia and government offices until after Sukkot. 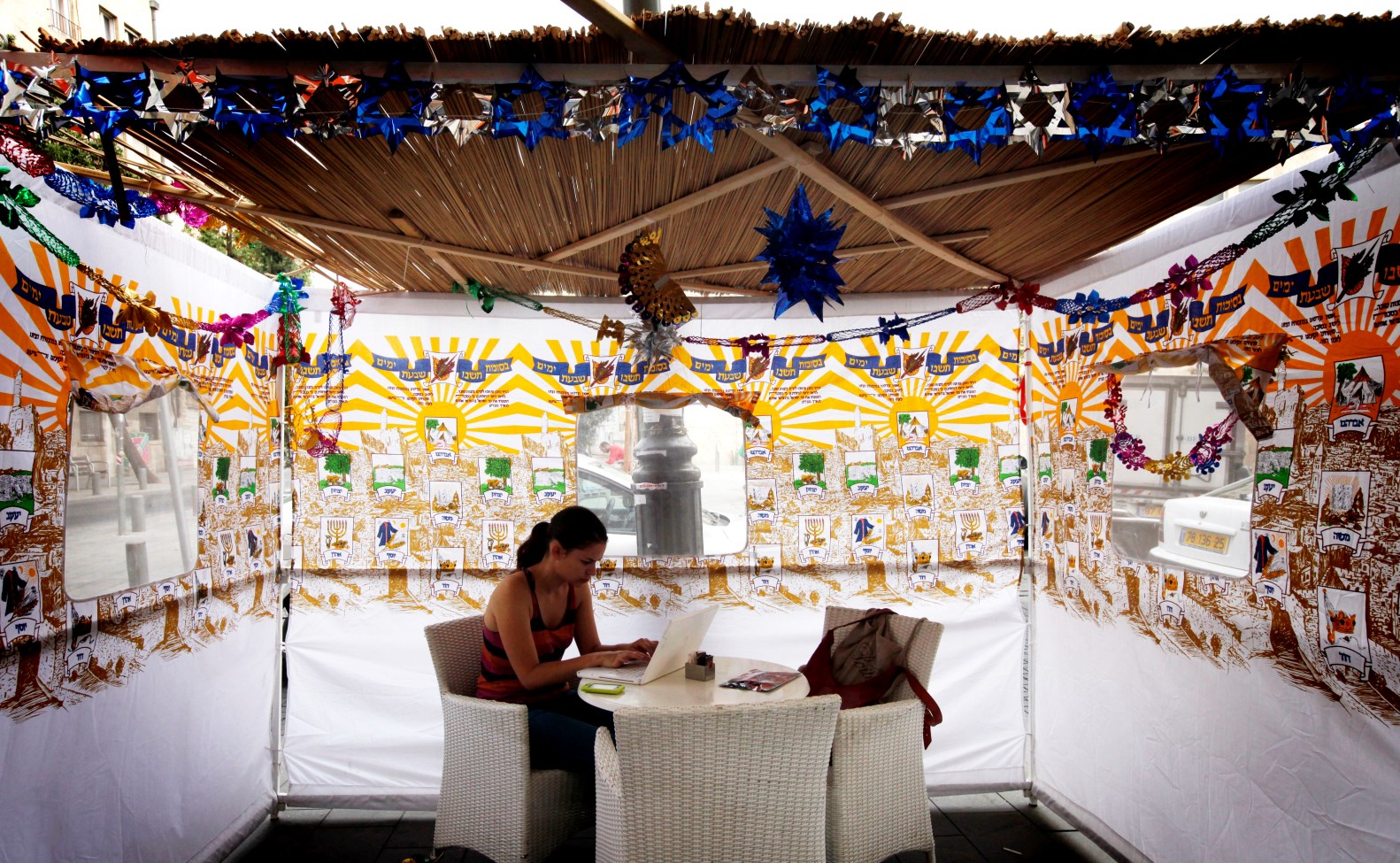 Trying to get some work done during Sukkot in Israel. Photo by Miriam Alster/FLASH90

Thanks to the great weather and the fact that many people are on vacation, autumn is a prime time for Israeli festivals of all types.