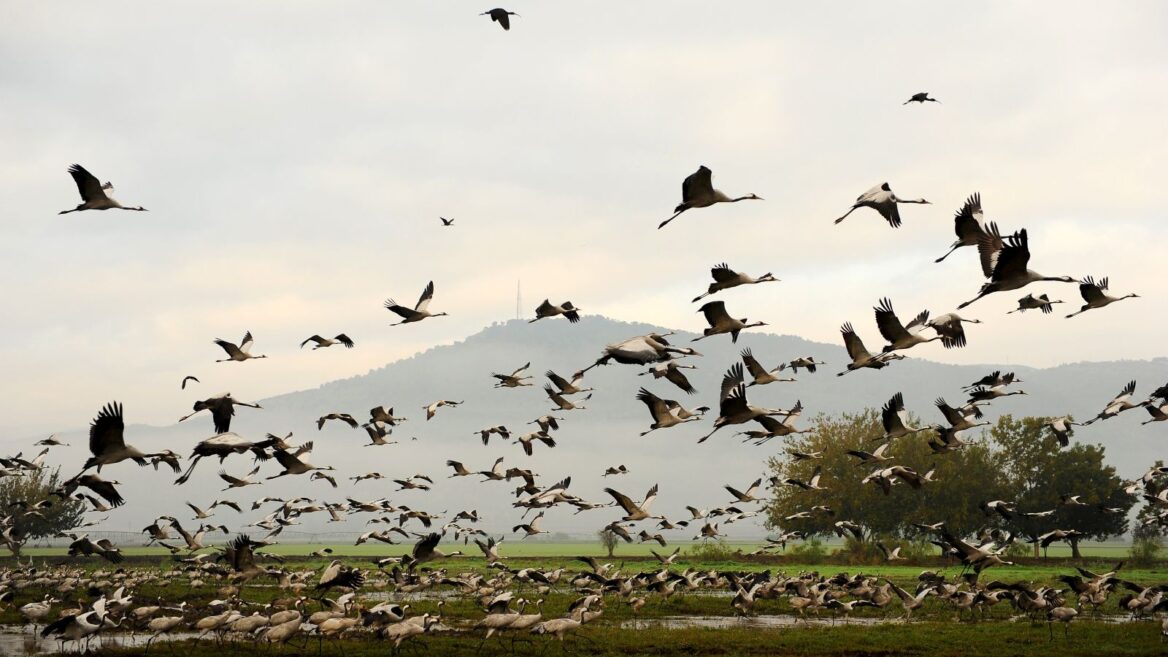 Israel is home to more than 220 bird species, some rare and some far more common. Photo by Mendy Hechtman/Flash90

If yours truly were asked to name all the birds she knows, she’d probably make it to about eight different types.

So you can imagine my surprise when I learned that there are no less than 220 bird species right here in Israel. Sure, some of them are rare, endangered or so specific that there’s little chance of knowing them, but still.

To get a bird’s-eye view of the topic and celebrate International Bird Day on April 1 in style, I turned to Yoav Perlman, science director at the BirdLife Israel branch of the Society for the Protection of Nature in Israel.

Now, I can proudly share with you all I know about the birds of Israel, from the rarest to the most common. 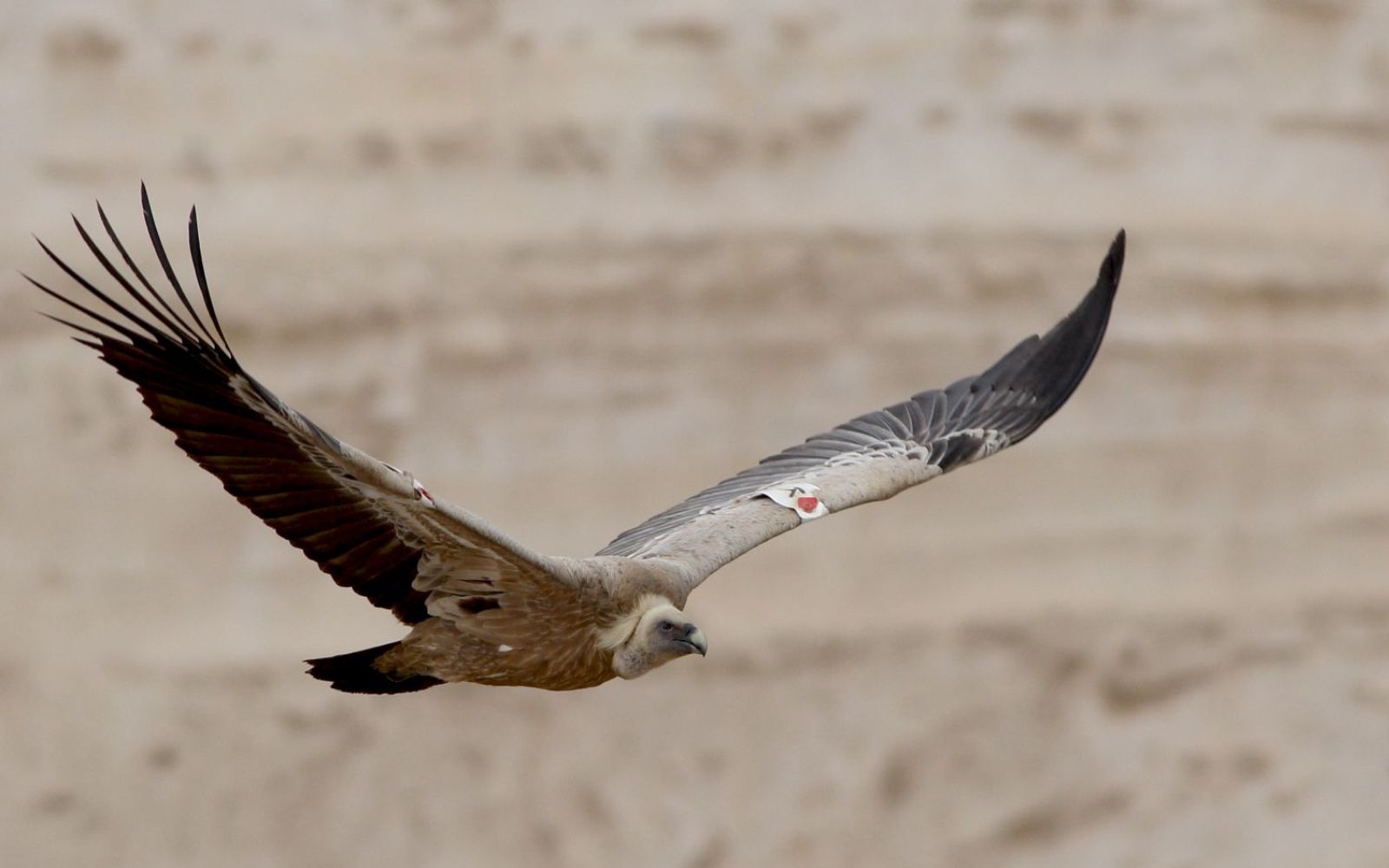 Griffon vultures are veteran inhabitants of the Land of Israel and are even mentioned multiple times in the Bible. They are huge creatures whose wingspan can reach over 8 feet and whose diet relies on carcasses. In recent decades, their numbers have dwindled to mere dozens residing mostly in the Judean Desert. Among the reasons are poison scattered – not against the vultures themselves – by cattle farmers, the extinction of their natural habitat, hunting and power line accidents.

These birds are so rare that in August last year, volunteers from the Israel Defense Force’s Yahalom unit, fed a Griffon chick by drone for weeks after its mother was killed on power lines.

Catch a glimpse of a Griffon vulture nest on this Vulture Camera, broadcast live from the Negev Desert. 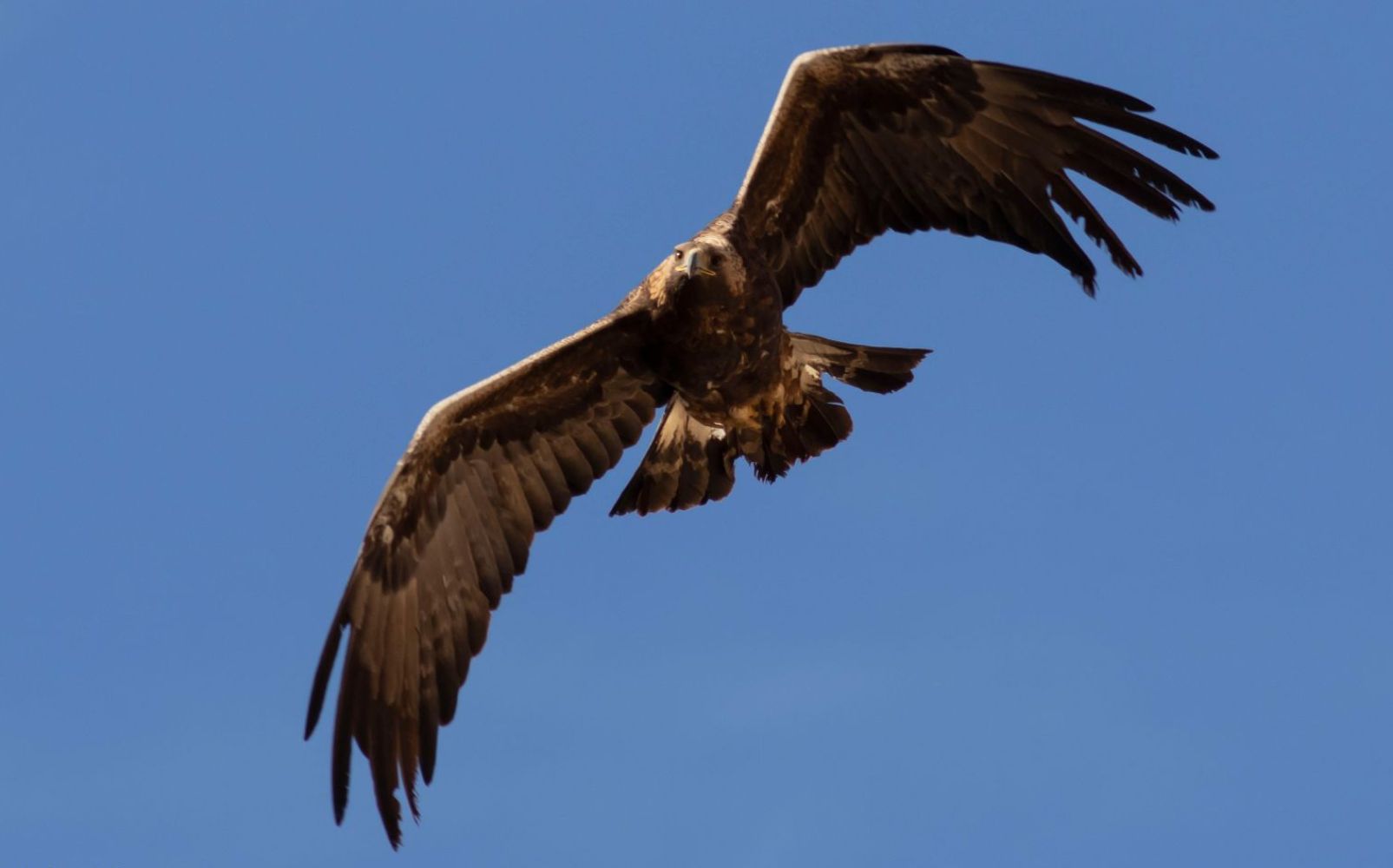 Another bird of prey in danger of extinction in Israel is the golden eagle – a big, strong bird with claws you don’t want to mess with. Only five to eight pairs remain, compared to the 35 to 45 pairs that were spotted in the country back in the 1980s.

“The condition of birds of prey in Israel is very bad,” says Perlman. “First of all, their populations are declining because of the decline in their habitat and its destruction. That means that they have less space, less food and they just disappear. Then there’s more direct causes of death such as electrocution, power lines, wind turbines, shooting and more.” 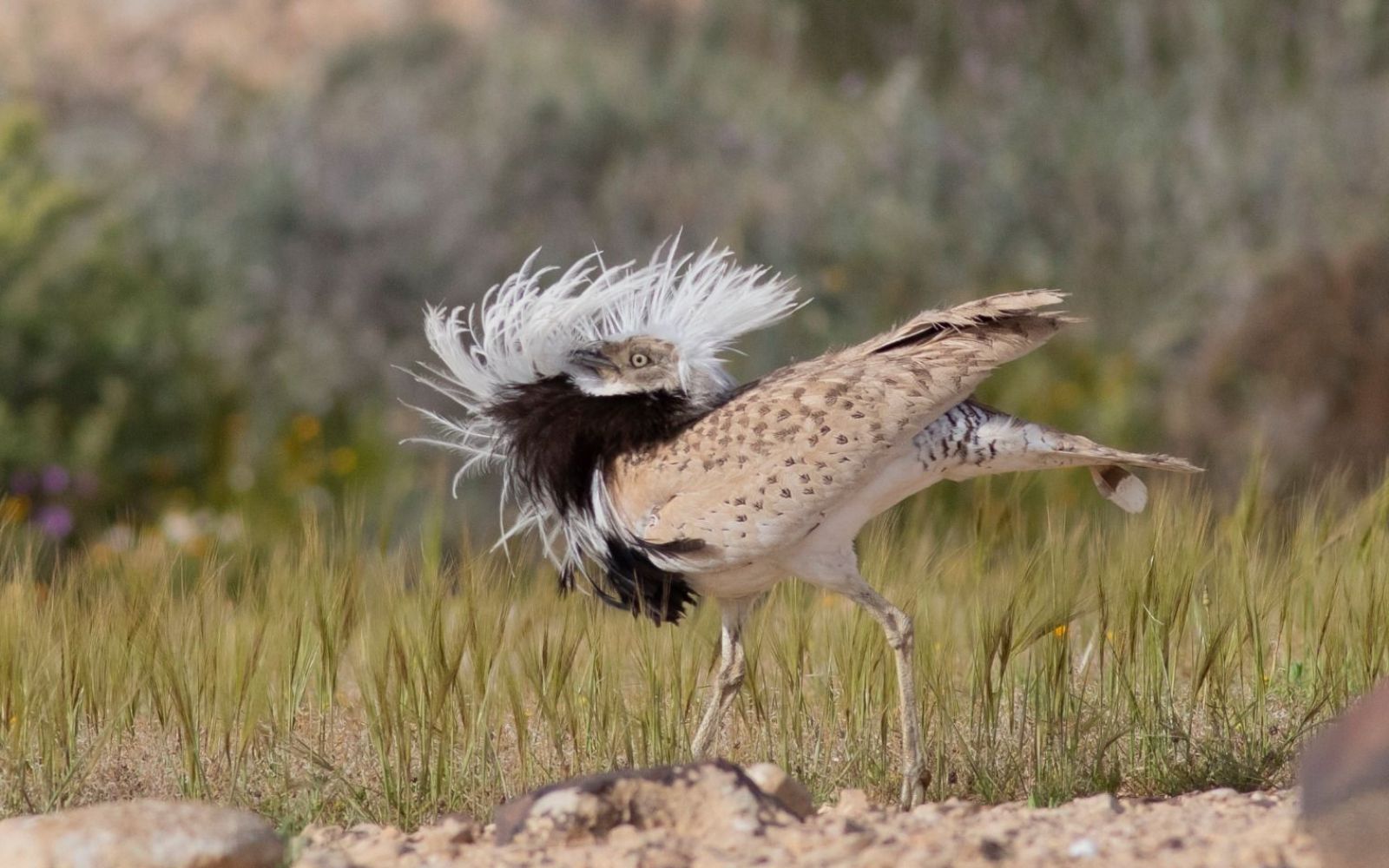 The houbara bustard is an endangered desert species that can be spotted by its distinct footprints. The population of houbara bustards in Israel stands at around 400. Houbaras are a flagship species, meaning it was chosen as a symbol for the state of all the plants and animals in its ecosystem. The birds are in danger due to mankind’s expanding activities in their natural habitat – from the building of new towns to the expansion of agricultural and solar fields. 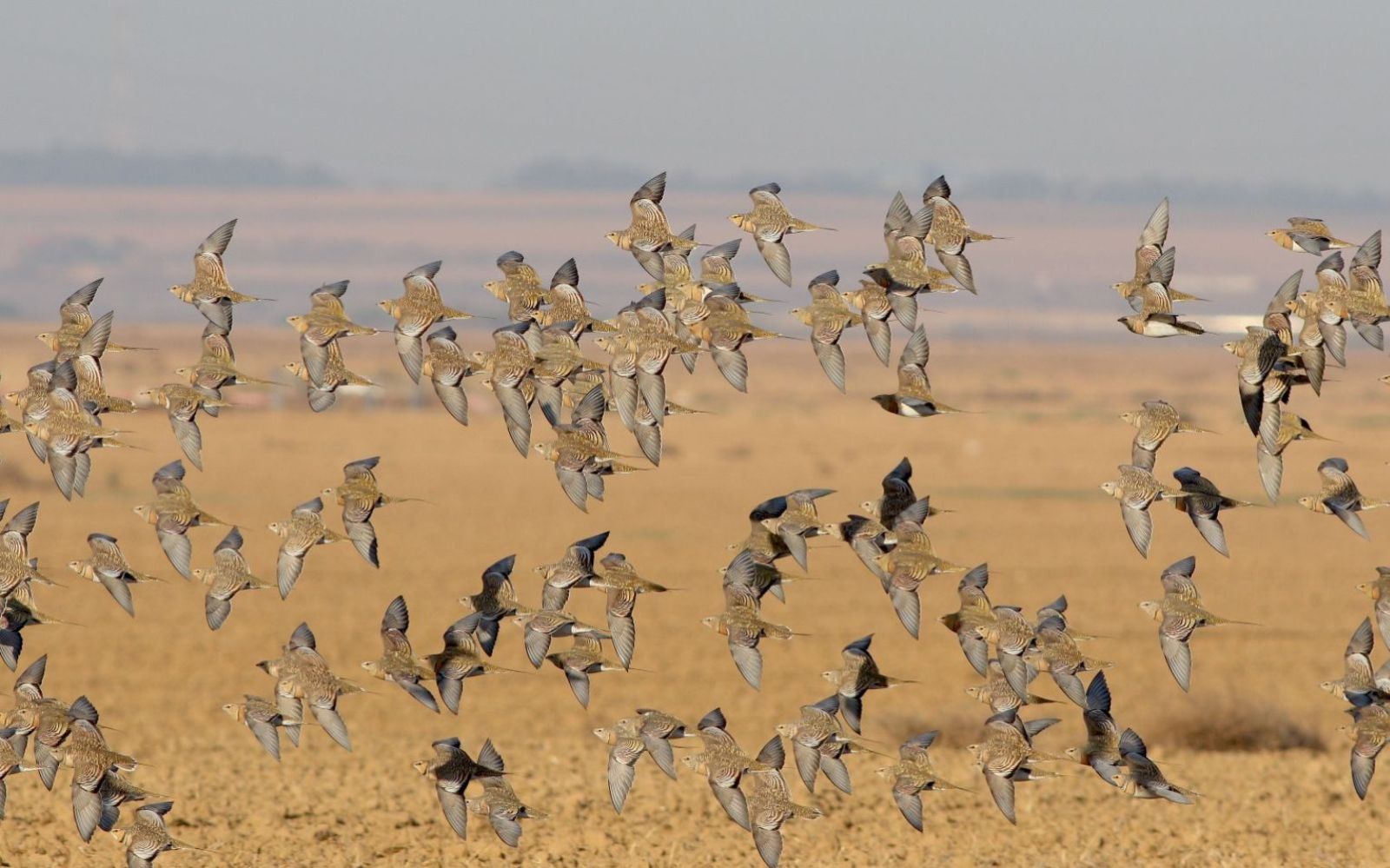 Like the houbara, sandgrouse are ground-dwelling birds that reside in the flatter areas of the desert in Israel’s south. They are medium-sized and long-tailed and can be spotted from the ground by their white abdomens. There are a few hundred pairs of nesting sandgrouse in Israel. They are threatened by the expansion of human activity in the desert, such as agricultural fields, military firing areas and forestation. 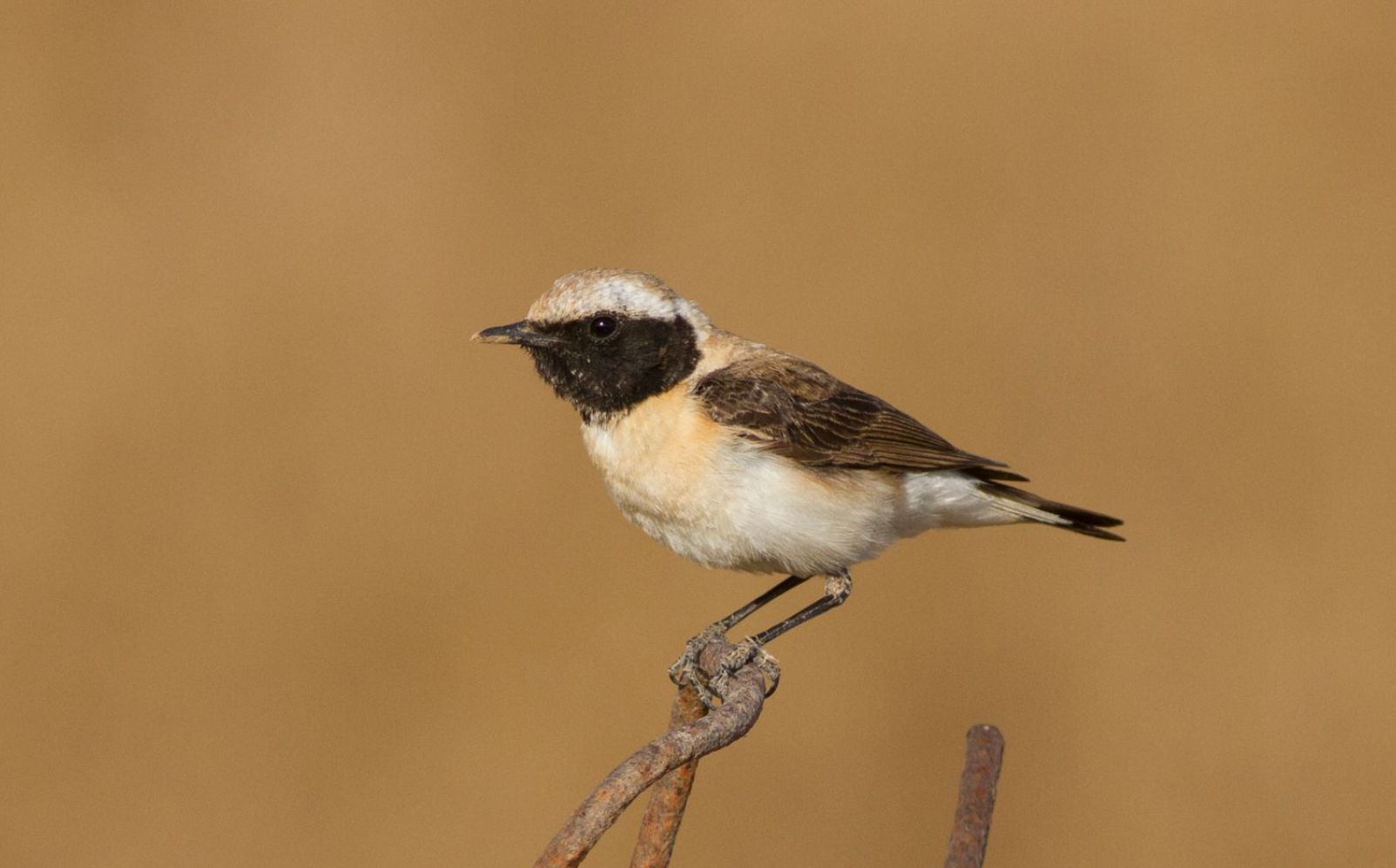 The black-eared wheatear is a small bird that summers in the forests of central and northern Israel and can be spotted by its distinctive black-and-white coloring (at least the males; female wheatears are a far plainer brown). Previously rather common in season, wheatears have been in rapid decline since the early 2000s and nowadays they are a rare sight. They sleep in ravines and under rocks, and as such are threatened by settlement expansion and human forestation efforts on the one hand and desertification on the other. 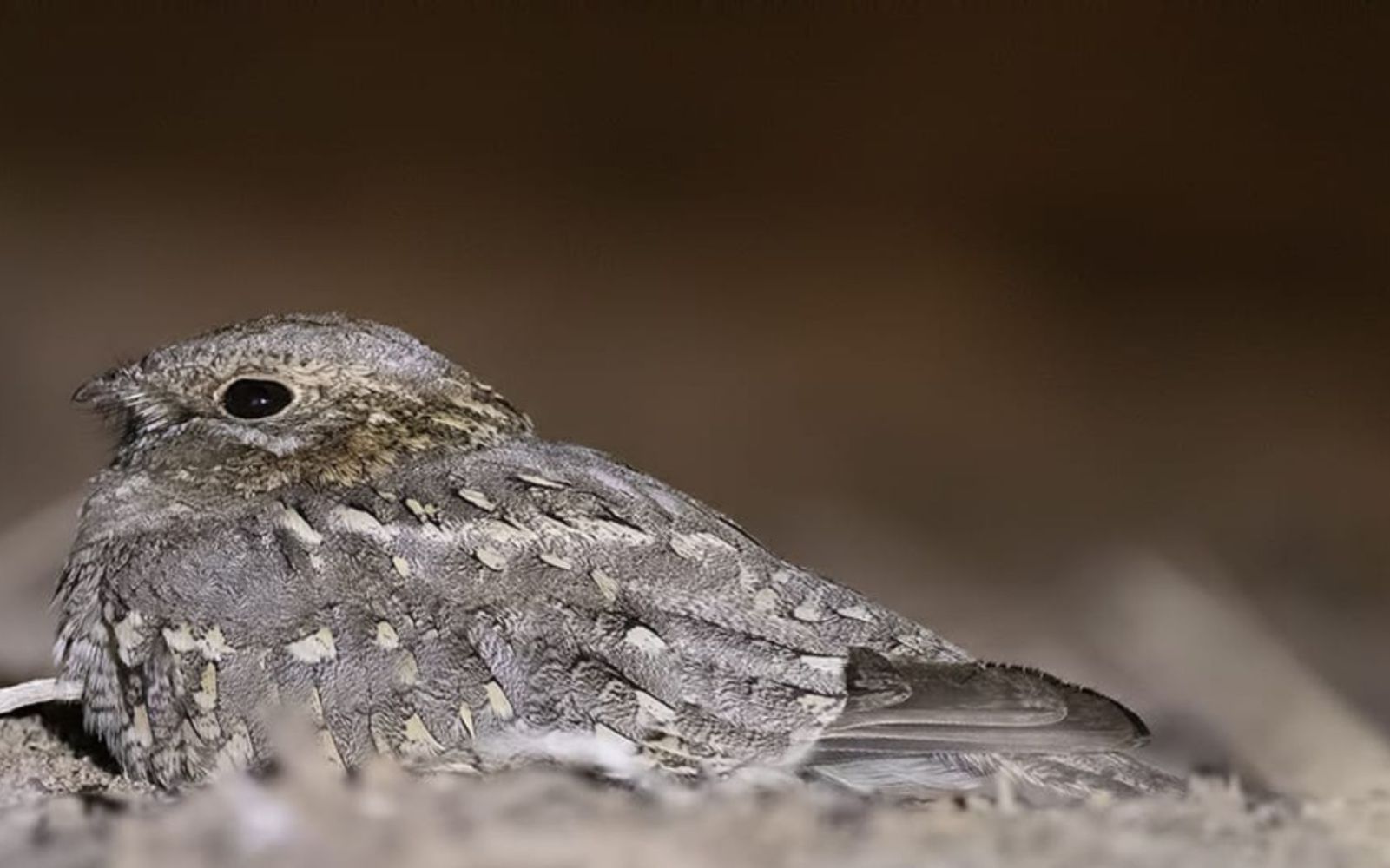 Asked what his favorite bird is, Perlman is hesitant to respond because he truly loves them all.

But he does have a special place in his heart for the Nubian nightjars that he researched. These are little nocturnal birds that live off flying bugs and whose males sound rather like barking dogs. They used to reside up and down Israel’s eastern border but nowadays are found in very small numbers only near the Dead Sea.

“Their condition has improved in recent years but they’re still in danger of extinction. I’m very attached to them,” Perlman says. 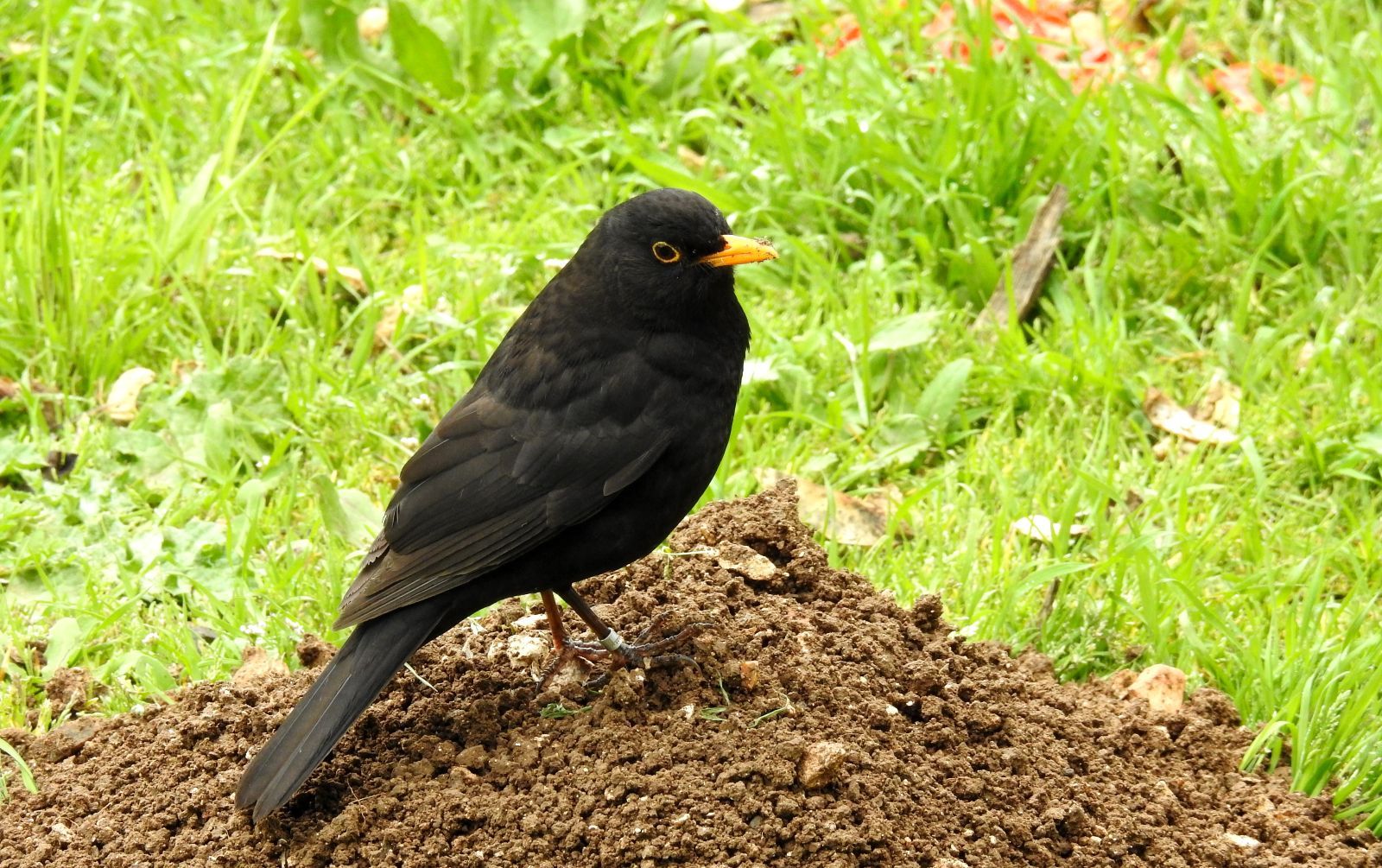 Moving on to the more common birds of Israel.

“Generally speaking, these are birds that have learned how to get along in the agricultural space in Israel, or in its rural or urban spaces,” Perlman notes.

“There are a number of very successful invading species, especially in the last two decades,” he adds. “Some of them have become very prominent, such as the myna birds and monk parakeets, which have become common in urban and rural areas.”

Mynas, for example, took off in Israel when they escaped their safari cages toward the end of the 1990s and began thriving on manmade trash and leftovers. They are very musical and can often be heard singing tunes across the country. 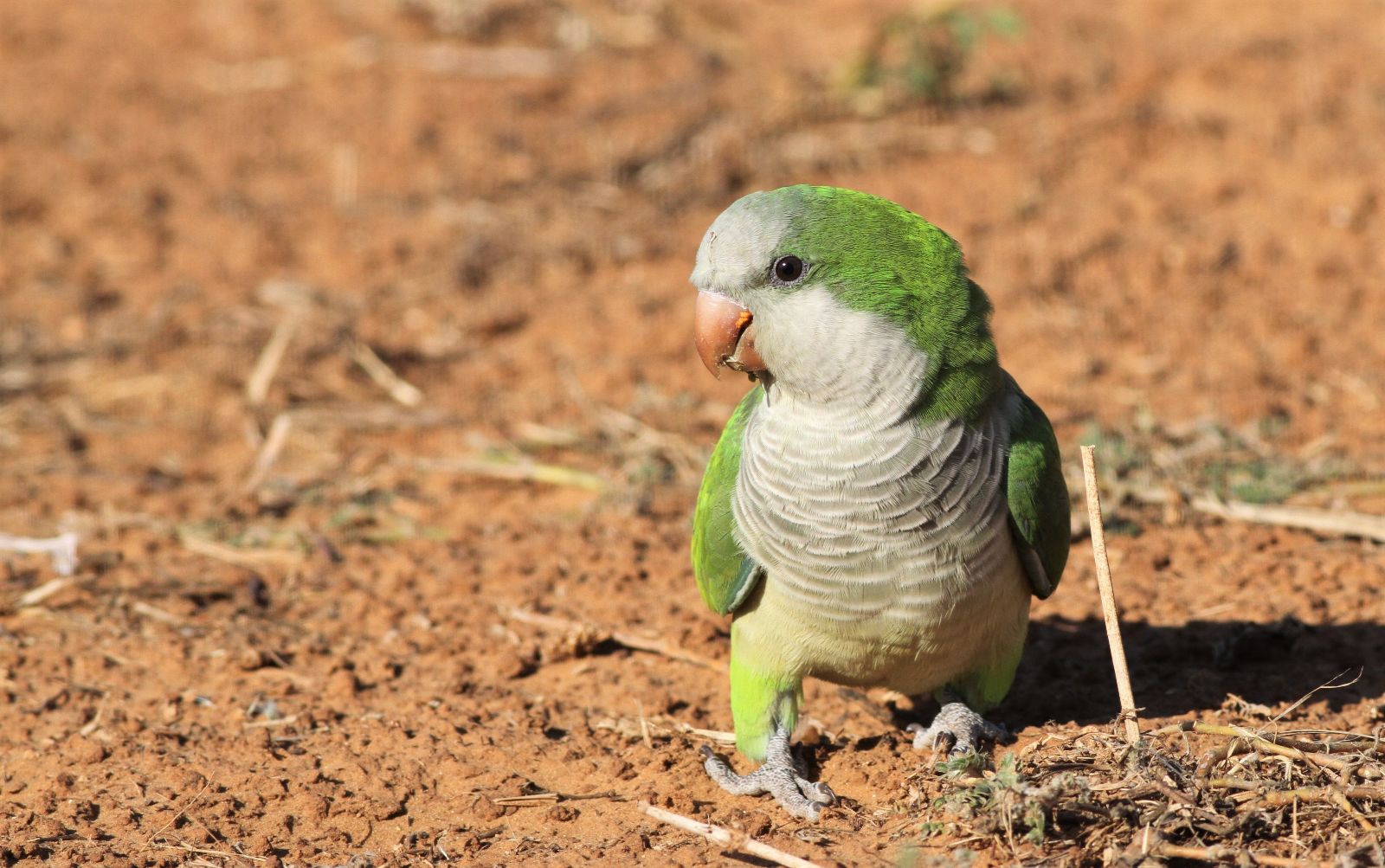 Monk parakeets are common in Israel. Photo by Jonathan Meirav/SPNI

Like myna birds, monk parakeets are an invasive species that spread in Israel after escaping their safari cages and have since become a common sight in the country. The bright green creatures got their name from the shape of their head, which apparently resembles a monk’s headgear. Monk parakeets enjoy fruit and seeds, leading to concern among experts as to the damage they could cause to local agriculture. 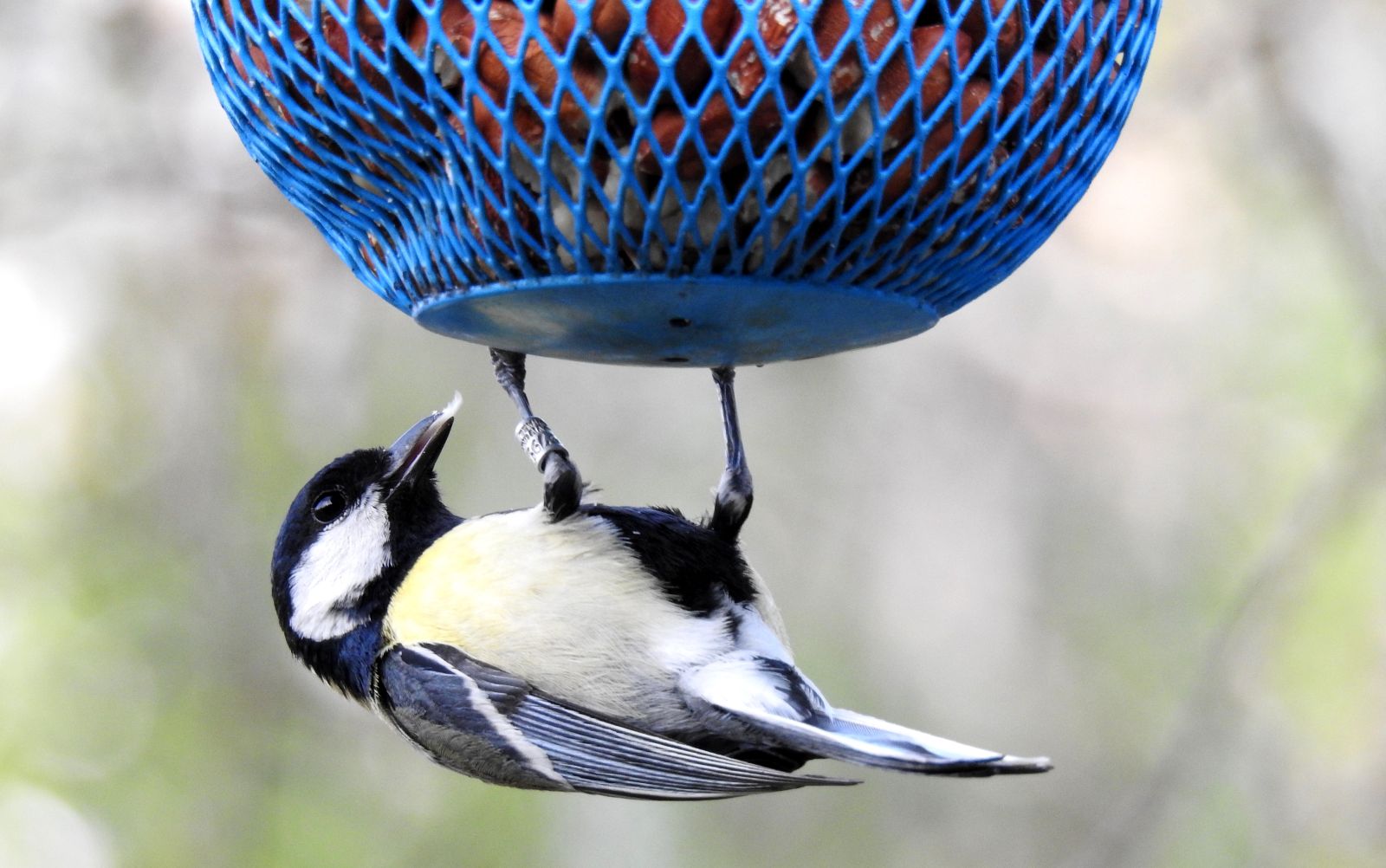 Great tit birds can be easily spotted by their bright yellow abdomen and black-and-white face, as well as by their rich singing voice. The little birds were originally found along the coastline in Israel, but unlike rarer counterparts on this list they have benefited from expanded human activity and have made their way further south following settlement expansion over the years. They build their nests in pipes, mailboxes and vases as well as in trees. 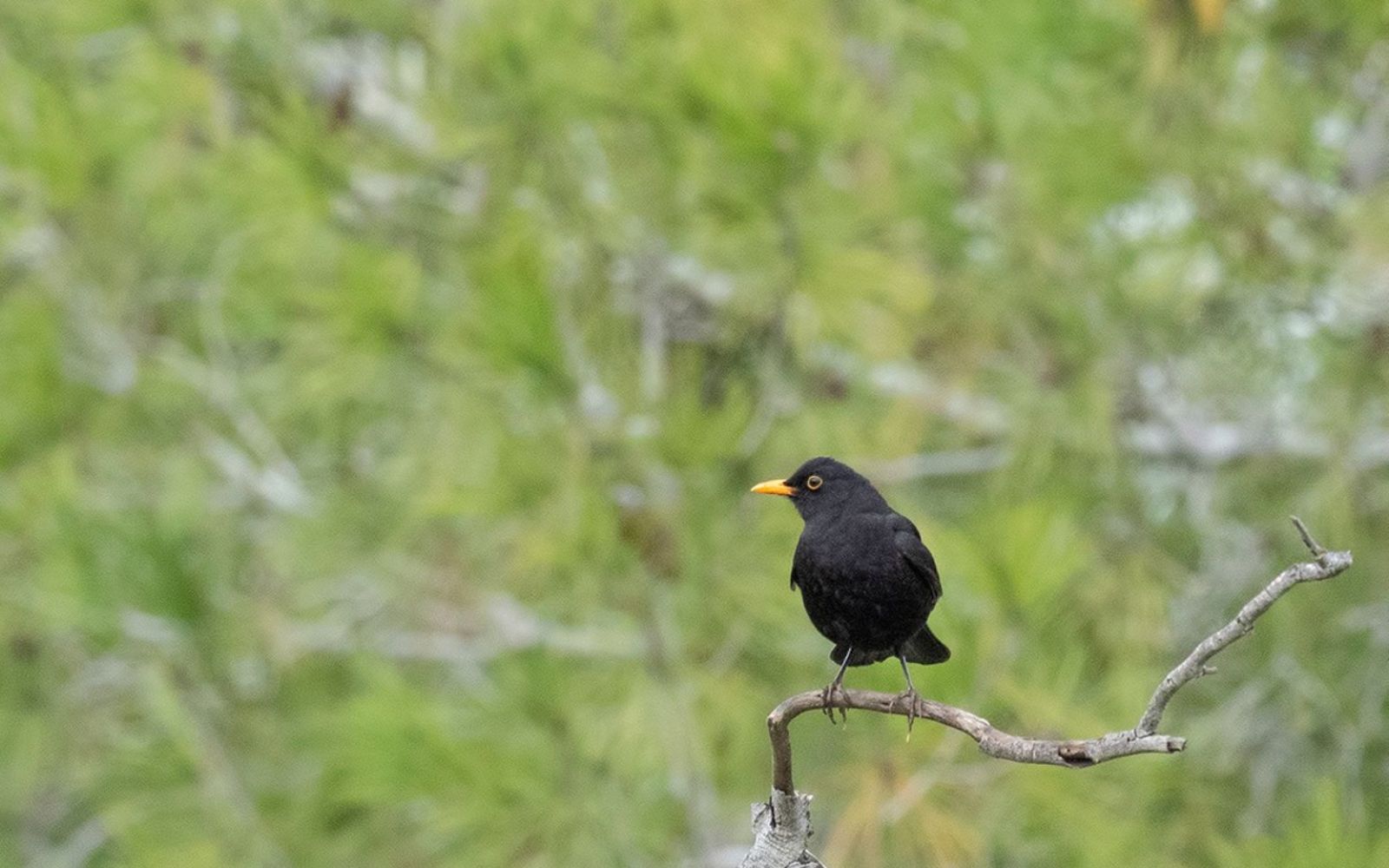 “The Mediterranean forest in Israel is in quite good condition and even flourishing, so birds that reside there are in good condition,” Perlman explains.

As their name suggests, blackbirds are indeed black (the males, that is; the females are a reddish-brown color) and boast a long, rounded tail that moves in tune with their song. Blackbirds eat insects and worms and as such spend a lot of time poking and sweeping the ground to find food.