If the Israeli cow is the world champion milk producer, if Israel has superior wheat for pasta and bread, if tomatoes grow year-round and citrus fruits are peelable and pit-free — we can thank Yitzhak Elazari Wilkanski.

This agricultural scientist, who immigrated to Ottoman Palestine in 1908 from Lithuania and changed his last name to Volcani, established the Agricultural Experiment Station at Ben Shemen in 1921. This was the forerunner of the Volcani Center Agricultural Research Organization, the research arm of Israel’s Ministry of Agriculture since 1952.

The logo of the Volcani Center Agricultural Research Organization. Photo via Pikiwiki Israel

The center’s logo is seven species encircled by a biblical verse describing Israel as “A land of wheat and barley and grapevines and figs and pomegranates, a land of oil olives and dates.”

Volcani saw that the pioneer Jewish farmers needed more than grit and determination to be successful – they needed cutting-edge scientific research.

“The worker of the land, himself, does not investigate, or make new innovations, does not discover codes, and does not pave roads. If he devotes his efforts to such endeavours, he will not make a living,” he wrote in 1918. “Therefore, the worker of the land has to place research work in the hands of those entrusted to do so, and they will guide the growers in the fields of their labors.” 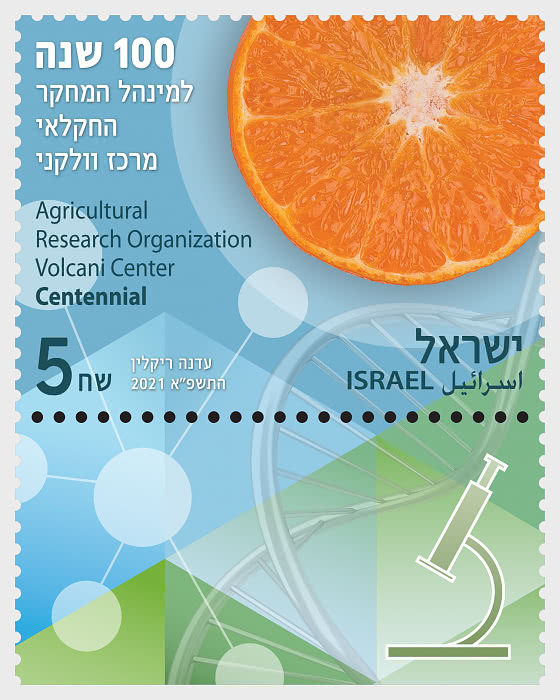 Today, the Volcani Center is the largest institution devoted to agricultural research and development in Israel, advancing agriculture in Israel and abroad through innovation and problem-solving. 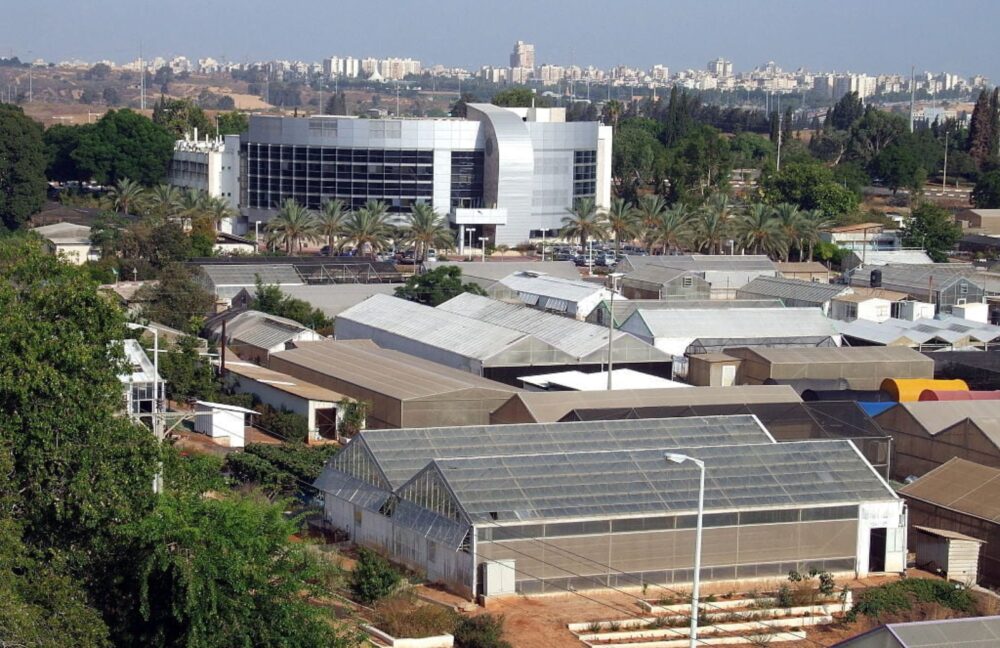 An aerial view of the Volcani Center in Rishon LeZion. Photo via Wikimedia Commons

Approximately 200 PhDs employed in these institutes share their expertise and innovations with agronomists across the globe, and work with hundreds of graduate students from Israel and abroad. 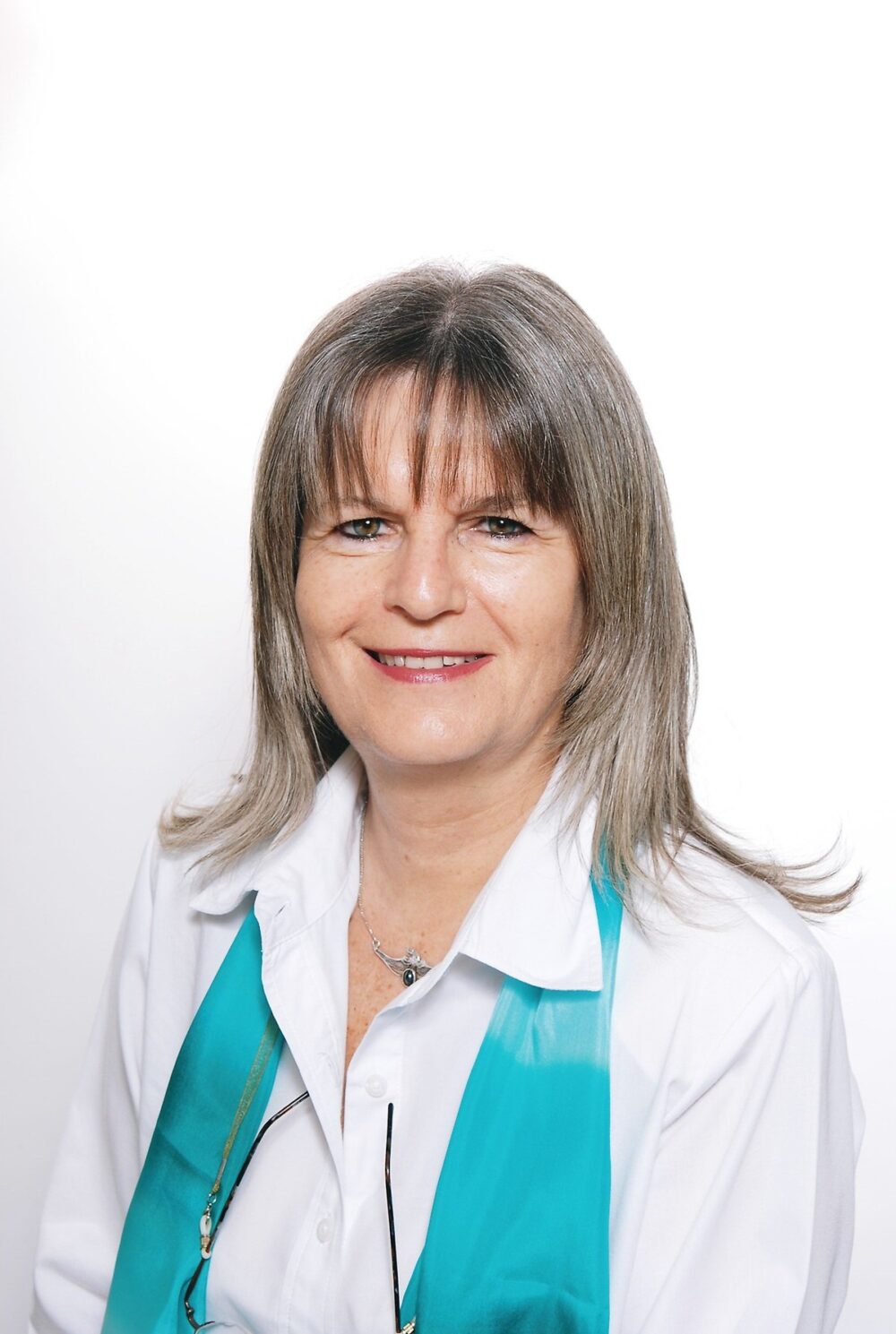 Prof. Vinnie Altstein, a neurochemist at the Volcani Institute of Plant Protection and consultant to the Ministry of Agriculture. Photo courtesy of Prof. Altstein

“Yitzhak Volcani was such a visionary,” says Prof. Vinnie Altstein, a neurochemist at the Volcani’s Institute of Plant Protection and consultant to the chief scientist of the Ministry of Agriculture.

“People who’d been sent here by the Rothschild family [in the 1880s to establish farms and vineyards] brought varieties that were excellent in Europe but inedible here. Yitzhak understood we needed to make our own varieties that have good yield and ability to grow under local conditions of little water and diverse climatic regions,” she explains.

“He thought agriculture should be very diverse, focusing on crops as well as animals that could be adapted to conditions in Israel.”

In addition to basic and applied research from lab to field, the center provides practical training at universities and research institutes. 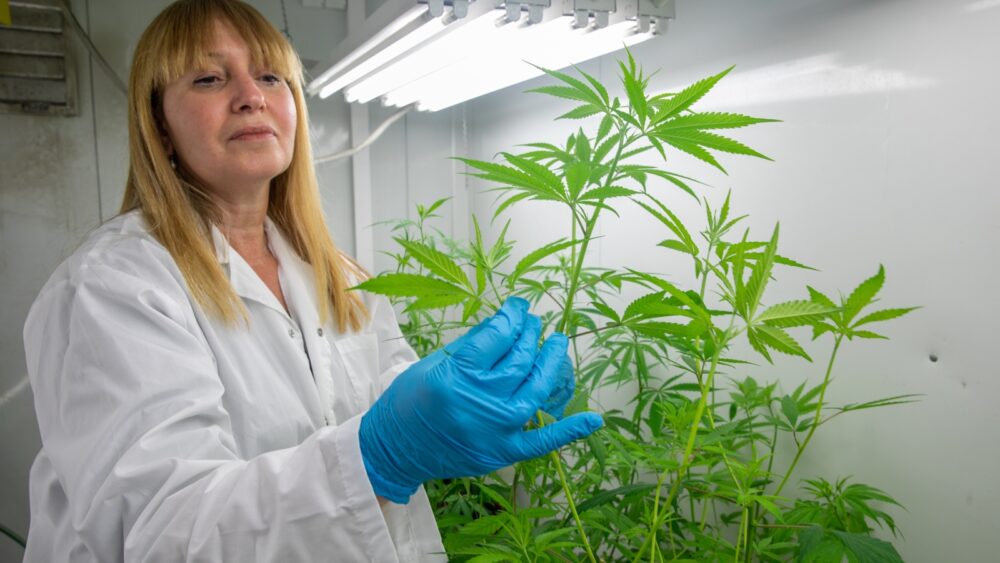 Prof. Hinanit Koltai, a senior researcher at the Volcani Center, aims to develop new drugs based on lesser-known substances in medical cannabis. Photo by Yossi Aloni/Flash90

Volcani convinced Israel’s first president, Chaim Weizmann, to start an institute in Rehovot to commercialize research from the agricultural station. In 1949, this became the world-renowned Weizmann Institute of Science.

Another of Volcani’s initiatives in Rehovot turned into the Faculty of Agriculture at the Hebrew University, established in 1952 and still a major source of agricultural research in Israel. 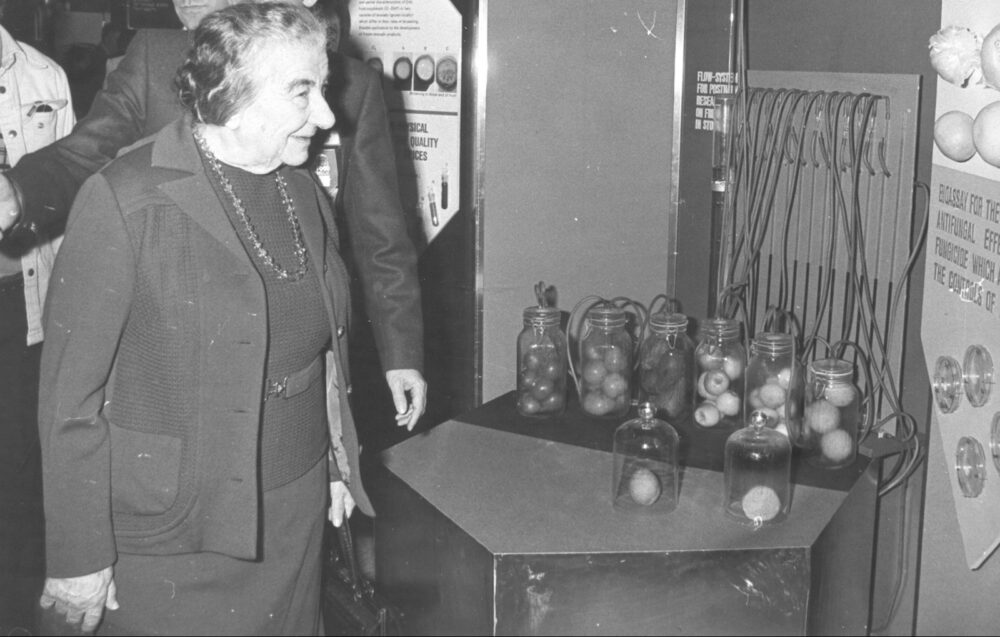 Research highlights of the past century

Here are just 10 of the many Volcani Center innovations over the past century. 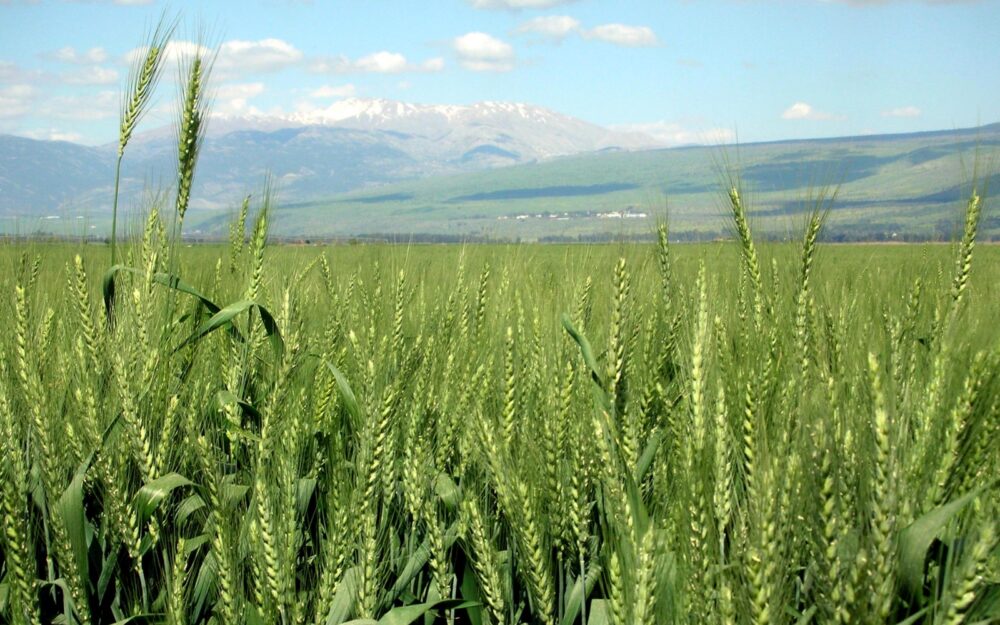 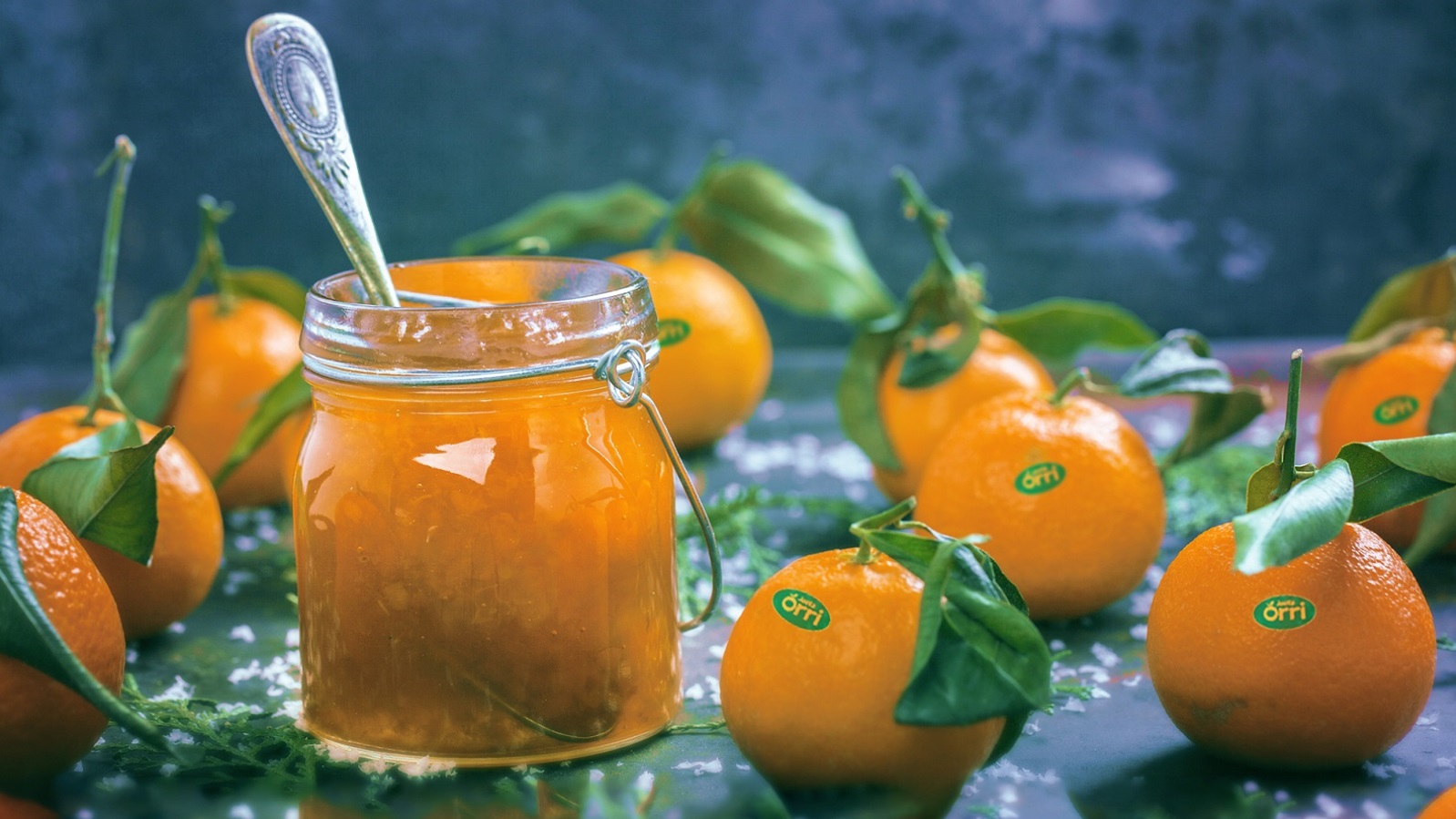 Easy-to-peel Orri Jaffa mandarin oranges. Photo courtesy of the Plant Production and Marketing Board of Israel There’s always lots of new research going on at the Volcani Center. Among the projects currently underway:

For more information about the Volcani Center, click here