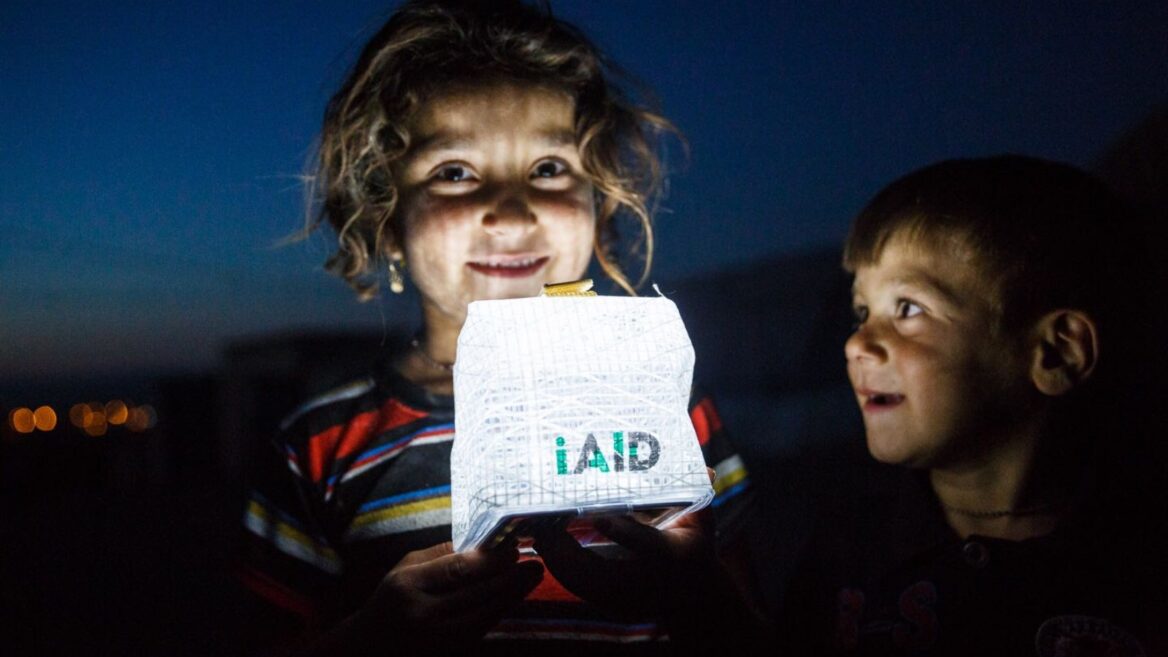 The Rwandan genocide of 1994 sparked a massive humanitarian crisis. And it was this terrible slaughter that ignited Shachar Zahavi’s passion for helping people overcome disaster, whether manmade or natural.

The man who founded IsraAID and now heads SmartAID was fresh out of the Israeli army when he paired up with a newly arrived French immigrant to mobilize Israeli schoolchildren and adult volunteers on behalf of Rwandan refugees. They succeeded in sending a planeload of relief items.

In 1996, Zahavi began a six-year stint leading international aid programs for the Israeli branch of the French humanitarian organization Equilibre Israel, which later morphed into Latet, the largest NGO combating poverty and food insecurity in Israel.

In 2001, Zahavi started IsraAID as an informal coalition of small humanitarian NGOs. The coalition didn’t last, but the organization took on a life of its own. Zahavi registered IsraAID as an official NGO in 2007 and served as its executive director for 16 years.

IsraAID has since brought emergency and long-term development assistance programs to more than 50 countries. It’s always among the first to respond to disasters and often the last to leave.

Today, IsraAID is helmed by Yotam Polizer and has ongoing missions in 13 countries.

“A few years back, I saw that the tech scene started dripping into the humanitarian scene,” Zahavi tells ISRAEL21c.

He was intrigued by the possibilities: solar panels to power phones and atmospheric water generators, fintech for the unbanked, drones to drop relief items in areas too dangerous for aid volunteers to enter, ed-tech to expand children’s learning horizons.

“Israelis are very adaptable and innovative. Integrating technology into humanitarian settings — localized for each country — requires a lot of flexibility. This was a real opportunity for individuals from around the world who work in the technology scene to volunteer something more than just money.”

And so Zahavi left IsraAID to cofound a new project with Ron Zeltzer, first called iAID and later renamed SmartAID.

SmartAID has sent supplies and assistance to numerous countries since its founding in 2019, among them Australia, Indonesia, Italy, Mexico, the Philippines, Peru, Brazil and India.

An office has opened in the United States with several more to open shortly in Asia and Latin America. 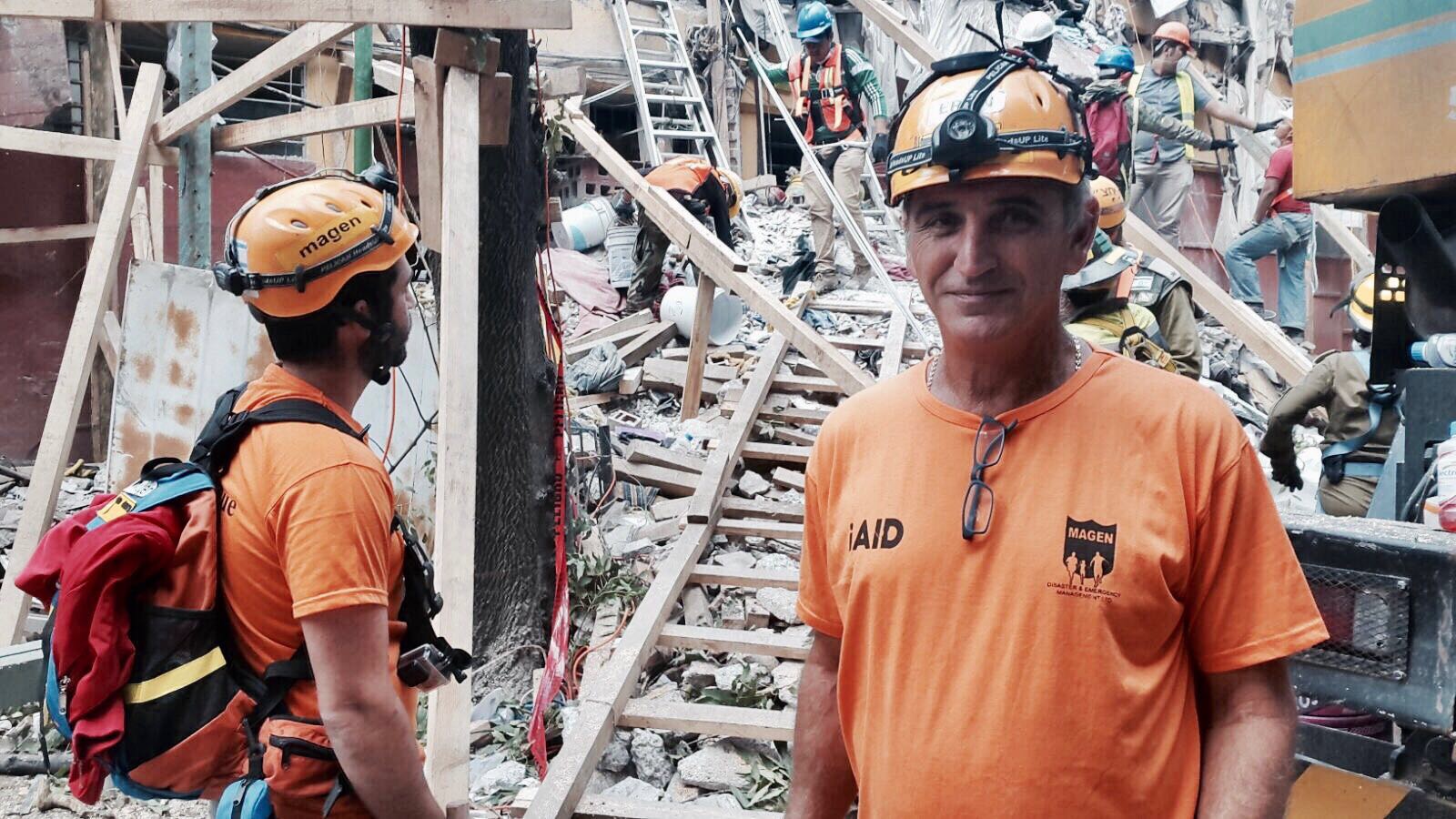 iAID (SmartAID) sent a professional team of volunteers to Mexico following an earthquake in 2017.

“We sent a group to provide clean water and solar lighting technologies in Indonesia after an earthquake,” says Zahavi. “We set up a telecom center for international aid groups working in the Bahamas after Hurricane Dorian, as well as a hub where 30 volunteers could use a solar powered shower, toilet and petrol pump.” 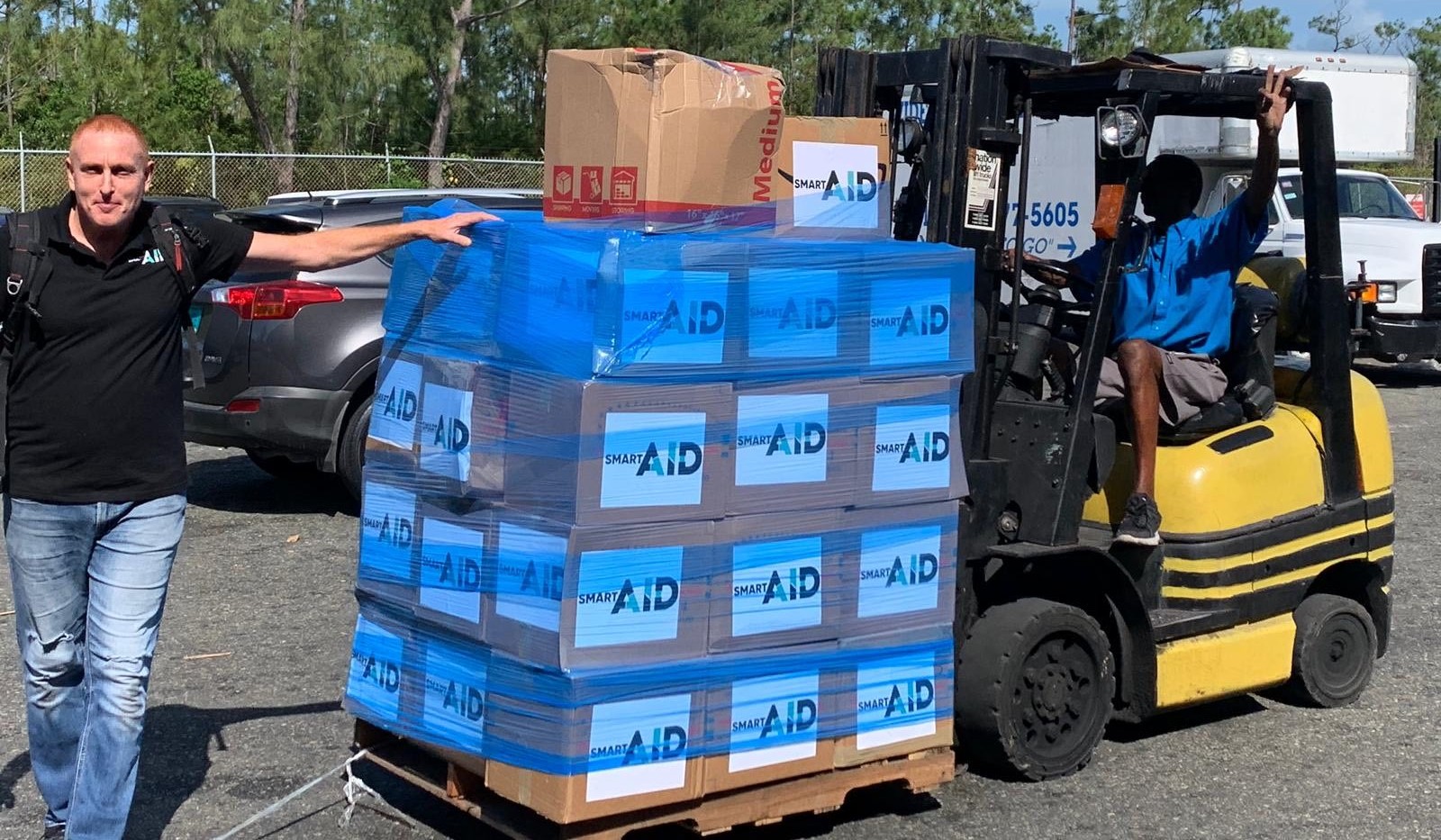 SmartAID supplies being delivered in the Bahamas after Hurricane Dorian. Photo: courtesy

SmartAID distributed thousands of solar-powered lanterns to displaced citizens in the Bahamas and to Yazidi refugees sheltering in Kurdistan, northern Iraq.

The organization even collected and delivered, through third parties, medical supplies for overwhelmed hospitals and health facilities in Beirut following the deadly chemical explosion there in August. 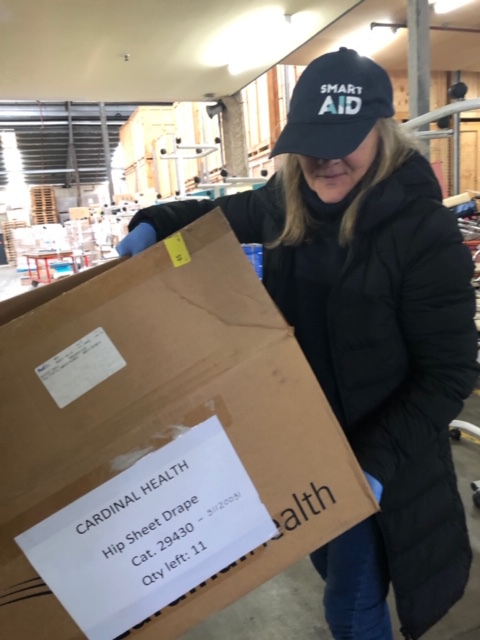 All SmartAID missions are undertaken with multi global corporations, philanthropic and international nonprofit partners ranging from Toyota, the United Nations and the Arison Foundation to small local agencies.

“DHL Global is one of our corporate partners and helps us fly our aid all over the world,” says Zahavi. “We fly in technology as needed and also source local technology to help rebuild the economy.” 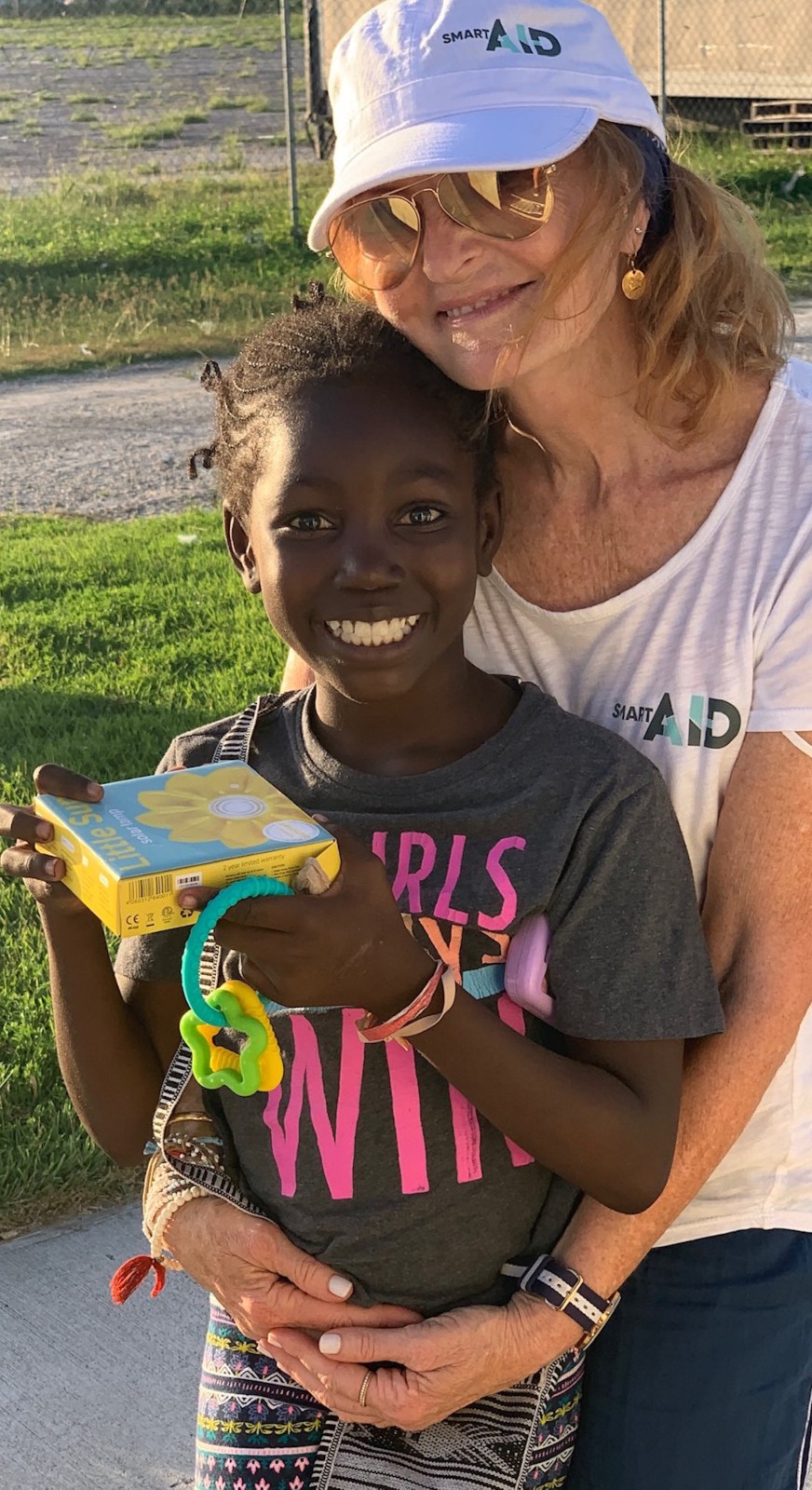 The technology is chosen on its merits for each situation and is not necessarily Israeli in origin.

Sometimes an Israeli-local hybrid is possible. SmartAID sourced Israeli Netafim technology, made by Netafim’s Indian manufacturing plant, to help in the wake of a flood in India.

Zahavi says there are often many technological “white elephants” installed by well-meaning foreign groups, only to fall into disuse because they cannot be repaired locally.

“So even if we bring a technology from outside, we make sure it can be maintained in place,” he says.

“More and more local hubs and accelerators across Africa, Asia and Latin America are inventing apps, drones among others technological solutions, that SmartAID uses to address the needs of the local community,” he adds.

“Corona was an interesting expansion for SmartAID,” says Zahavi.

“Initially we were approached by a Chinese VC partner to deliver PPEs in December 2019 in Wuhan. We flew it there with the help of DHL and distributed it to the main hospitals in the city, making sure we had a local partner that would become self-sustainable.”

Toyota manufactured facemasks for SmartAID to distribute in Melbourne.

Other PPE donations were made in Italy, the United States, Brazil, India and the Philippines.

A local partner in South Sudan and Ethiopia worked with SmartAID to set up 15 computer centers for distance learning. 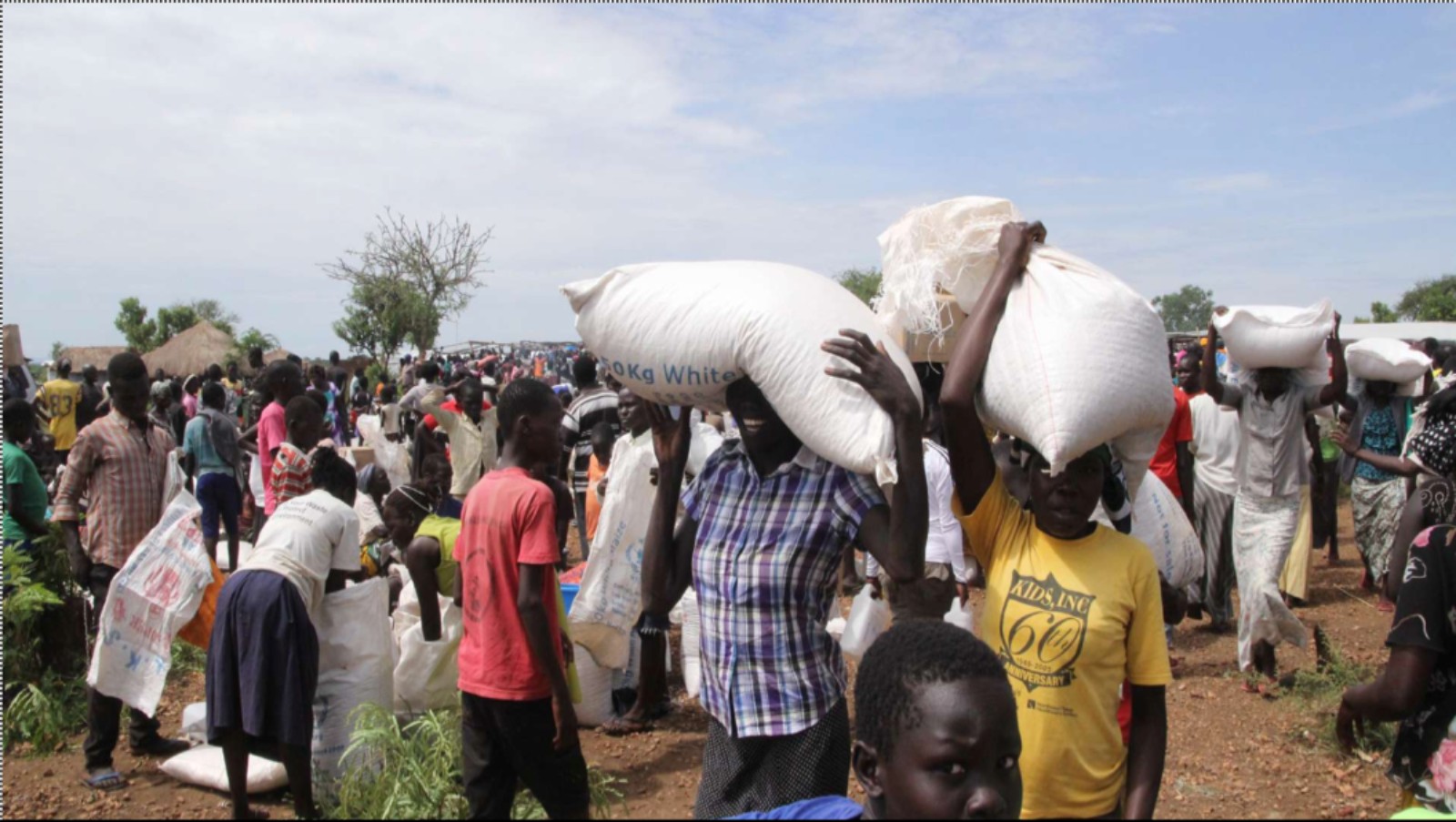 “Covid caused the whole humanitarian world to understand they have to start adopting technology to survive and to localize their work,” says Zahavi.

He is also a board member of STEMpower, a US-based nonprofit that implements STEM (science, technology, engineering, and math) educational programs in Ethiopia, Rwanda, South Sudan, Tanzania and nearby countries. 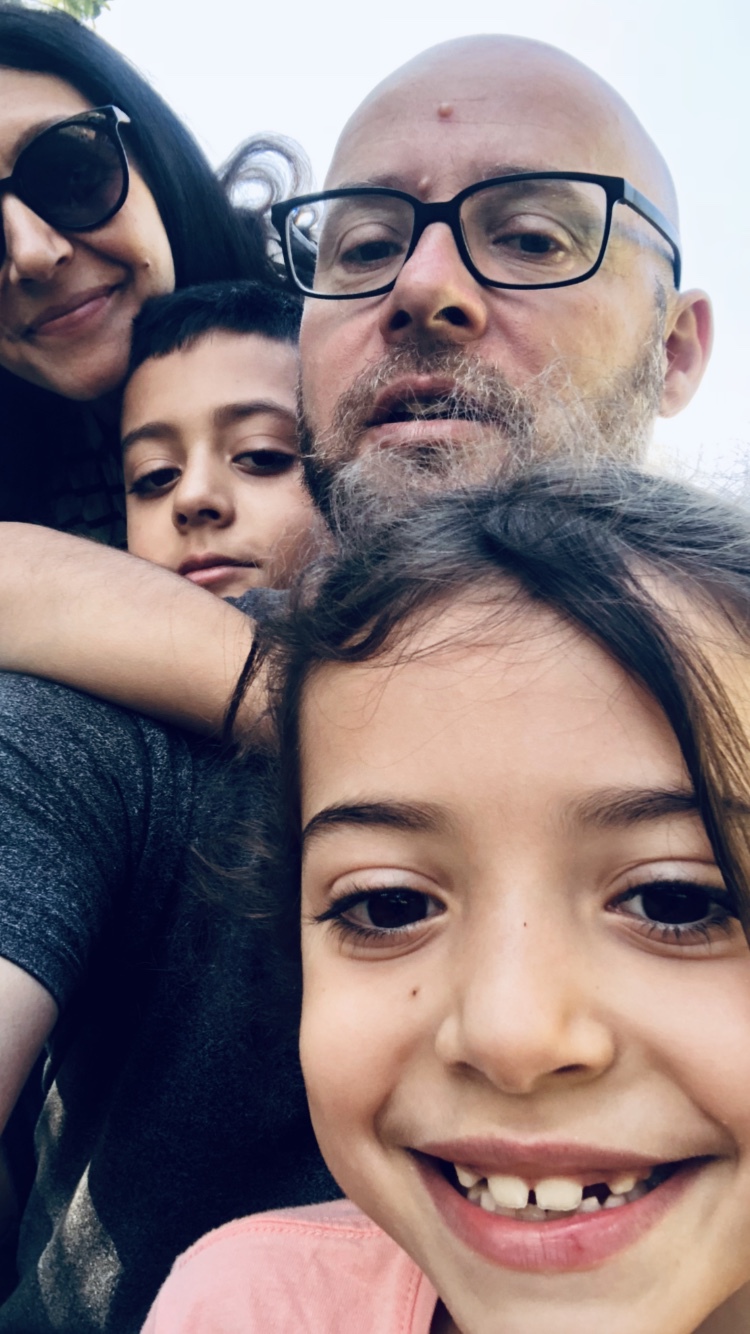 Shachar Zahavi at home with his family. Photo: courtesy

“The missing link for startups and companies is adjusting their technology to local needs in humanitarian situations. Understanding the needs and cultures of these communities can benefit the companies financially and open new opportunities for the end users to build new businesses helping the local economy flourish and become more self-sustainable.”