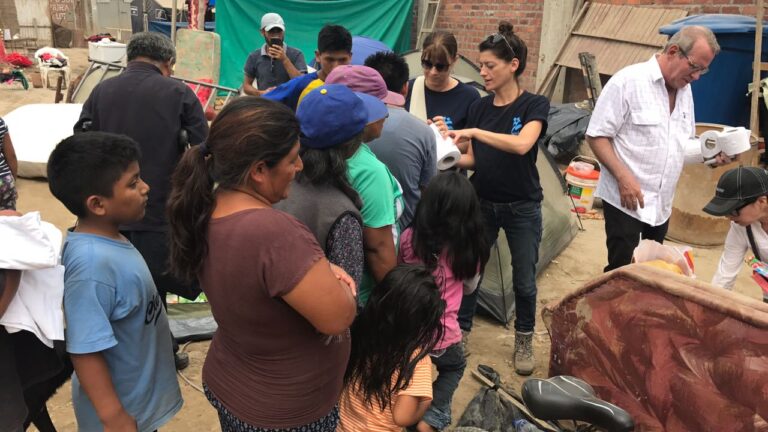 Israeli emergency teams have deployed to Peru to support affected communities following floods and mudslides that have eviscerated much of the country’s infrastructure. The Peruvian government said it needed international aid to help hundreds of thousands of people displaced by flash floods and landslides.

IsraAID deployed a team to support affected communities in impoverished and remote areas. Access to the most basic items such as food, safe water, and hygiene kits still remains limited for many, and this is the first priority for the team, said the Israel Forum for International Humanitarian Aid. 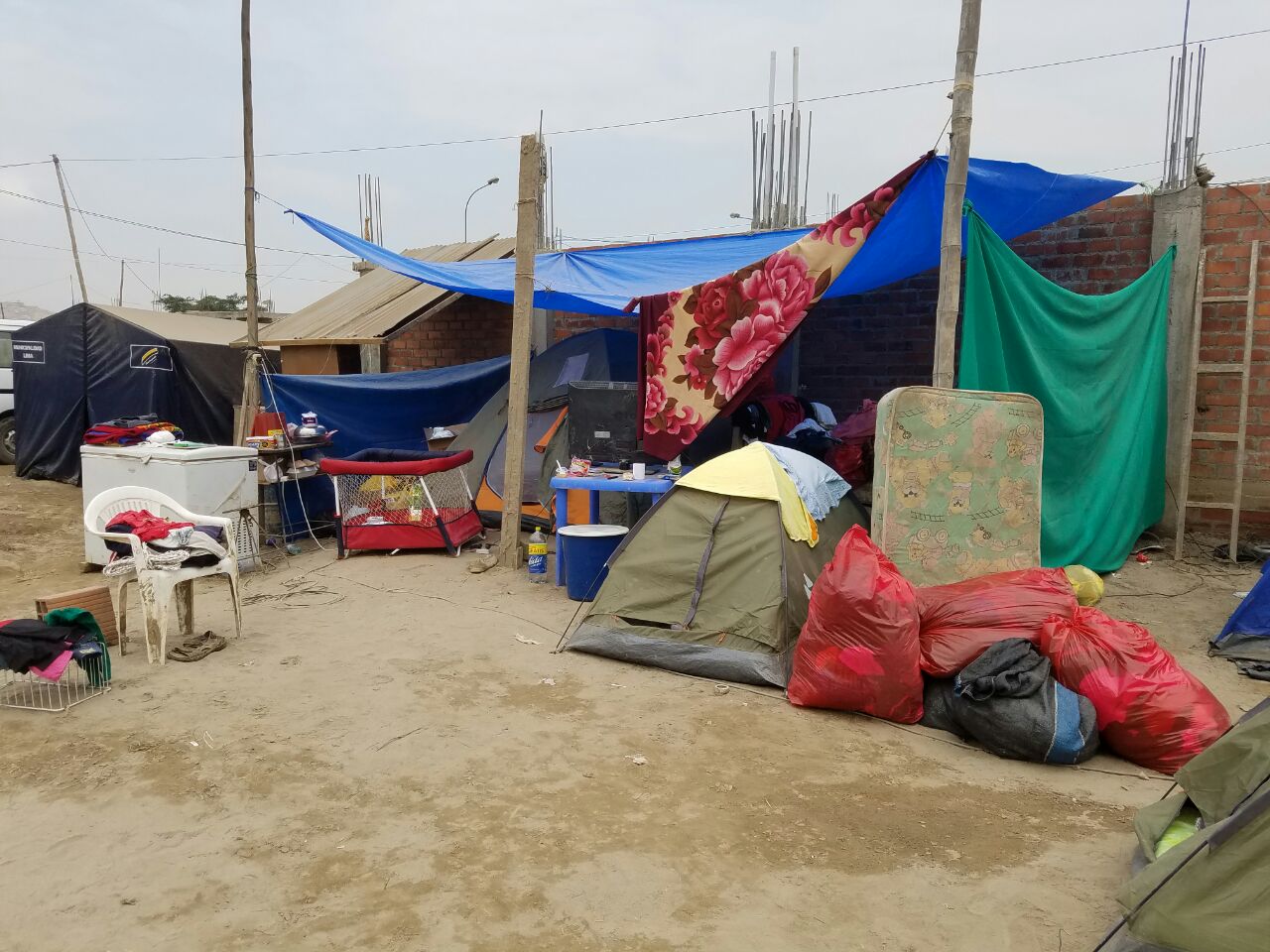 The Peruvian government said it needed international aid to help hundreds of thousands of people displaced by flash floods and landslides. Photo by IsraAID

“We were at home when we heard screaming coming from the street- when we ran outside we saw the river and mudslides entering the street in front the house. We thought to try and block the flood so we started organizing, but after about 10 minutes we were struck by another strong mudslide that came from behind our house. The last mudslide left everything destroyed; my house is inhabitable, my garden is destroyed, and my belongings are ruined,” Gloria Sedano Pascual, a resident of Carapongo, told IsraAID.

IsraAID, an international humanitarian aid organization based in Israel with programs in 16 countries around the world, said it is conducting trauma prevention training for teachers and other community stakeholders.

“Hearing stories of people who lost everything is heartbreaking, but we continue to be amazed by people’s ability to stay together, and help each other overcome these difficult times,”said Naama Gorodischer, IsraAID Programs Director and head of mission to Peru.

The Peruvian government said more than 200 bridges and more than 2,000 kilometers of highway had been wiped out as a result of the landslides.

Reports show that Peruvians are in need of basics like bottled water, canned food, tents, toilet paper, and medicines.

“With Israel’s expertise we can try to rebuild my community, teaching them about these simple methods to grow their own crops. We also can experiment with building more sustainable shelters than the tents we were given now. We need a lot of help such as water, food, and clothes supplies but my hope is to, with the help of IsraAID, organize activities that will help my community in the long term. I believe we can accomplish a lot when we work together,” said Pascual. 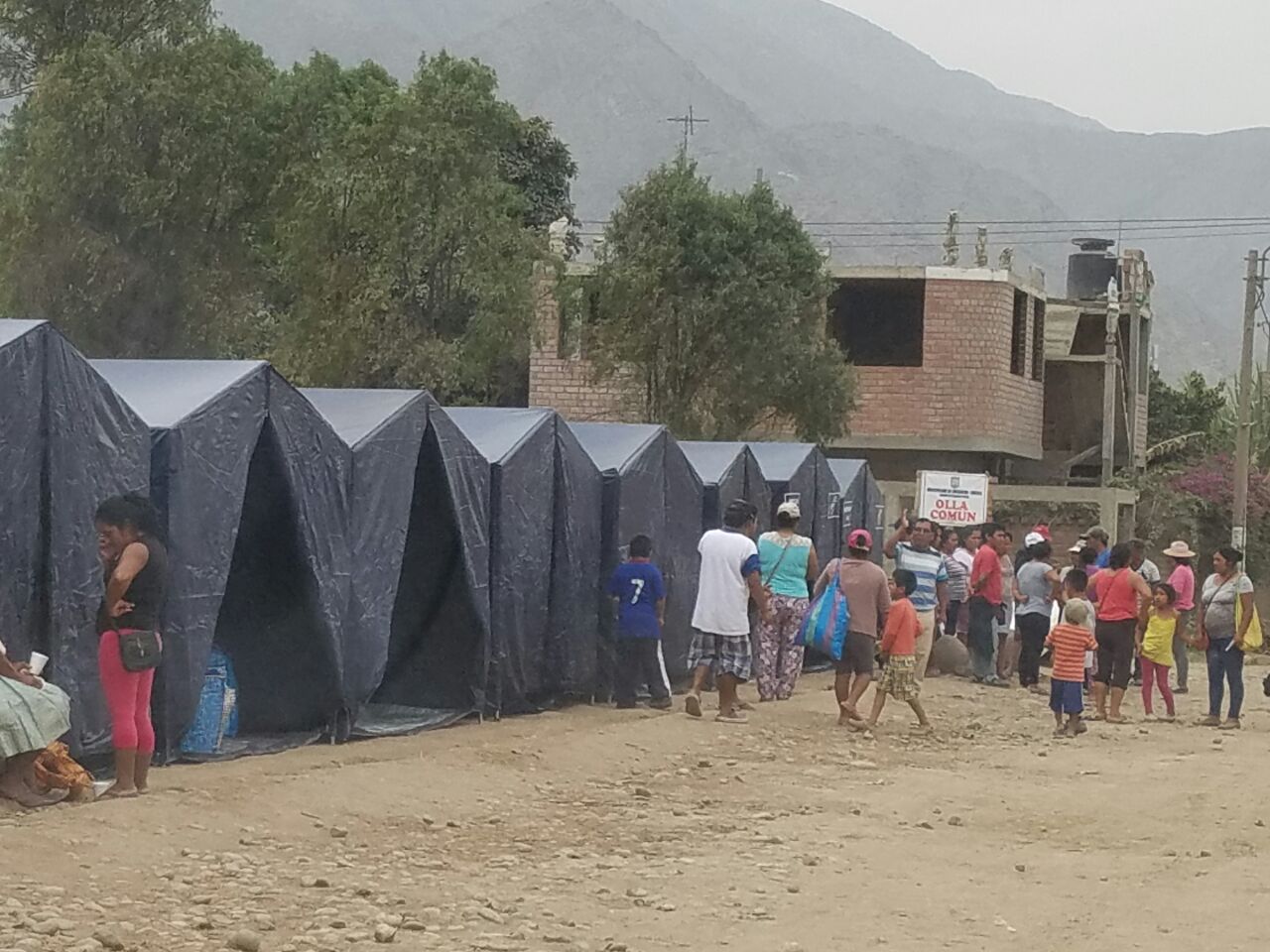 Reports show that Peruvians are in need of basics like bottled water, canned food, tents, toilet paper, and medicines. Photo by IsraAID

Meanwhile, iAID, an international Israeli-based aid organization, said it is “closely coordinating its efforts with the local government and Israeli officials and the International aid community to deliver clean water and other much needed supplies as part of ‪‎iAID’s ‪‎’uplifting the community’ relief program.”

Shachar Zahavi, founder and chairperson of iAID, said his organization brings together innovation and technology to communities in need in times of disaster and man-made crises.

UNCOVER ISRAEL - Get the ISRAEL21c
Weekly Edition free by email
Sign Up Now!
Bring Israel's story to life.
Millions of people around the world rely on us to gain a deeper understanding of Israel. We are the trusted source for original content you won't find anywhere else.
You can make a difference. Donate today to support journalism that brings Israel’s story alive.
SUPPORT ISRAEL21c
Read more on:   News, IsraAid, iAID, Humanitarian Aid