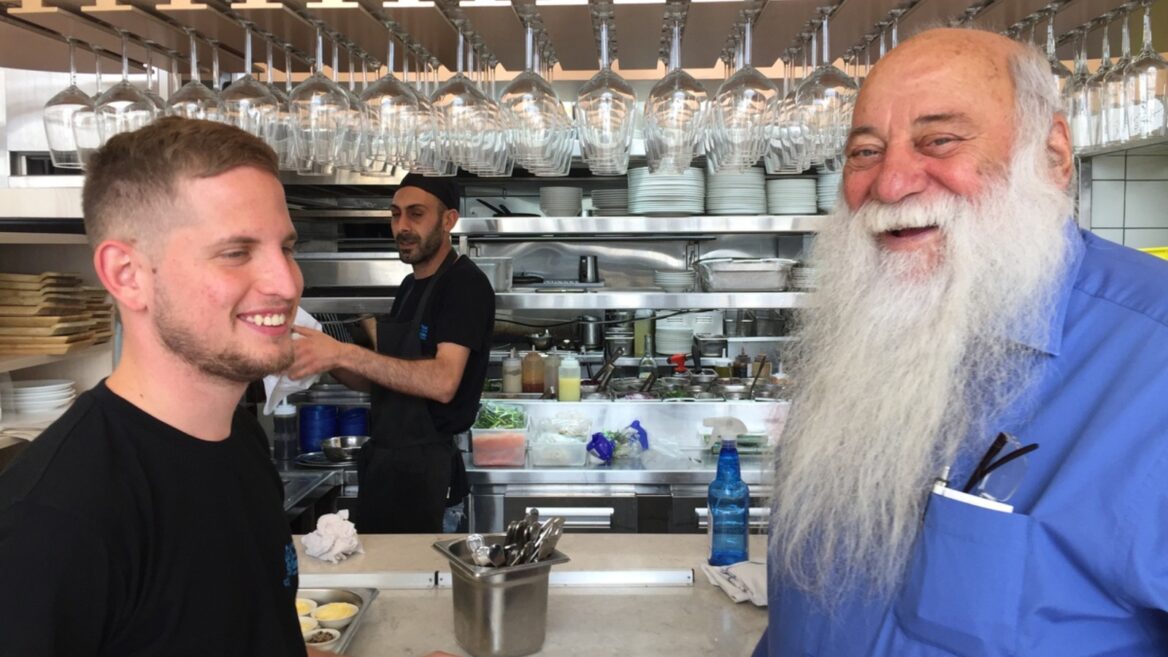 It’s been one year since the destruction of Uri Jeremias’s world-renowned Uri-Buri restaurant and Efendi Hotel in the Israeli port city of Acre (Akko).

These two businesses have stood as examples of coexistence in the mixed city on the northern coast. But on the night of May 11, 2021, Arab rioters threw a Molotov cocktail into the restaurant and set the boutique hotel ablaze.

Efendi’s 12 rooms were occupied. In one was Israel Prize winner Avi Har-Even, 84, a former leader of Israel’s space program, who succumbed to injuries from the fire several weeks later.

Other businesses, including Flooka, an Arab-owned restaurant, were damaged. But the primary focus was against Jewish-owned businesses in Akko’s predominantly Arab Old City.

Jeremias, 77, has managed to restore both businesses, and even garnered TripAdvisor’s Travelers’ Choice Best of the Best list.

Jeremias’s 64-member staff includes both Arabs and Jews. He said everyone has returned to work except for one woman who “suffers from post-traumatic stress disorder and one man who is afraid, and we can’t convince him to come back.”

“We survived,” Jeremias said. “The places are up and running.”

He said his Arab neighbors helped him.

“It’s important to say that it’s not Arabs who did this, it’s bad people,” Jeremias emphasized. He added that the city, where Arab Muslims and Christians comprise more than a third of the 50,000 residents, has tried to come back after the riots.

Yet despite the relative calm, he is still shaken by the wave of violence and there is sadness in his normally twinkling blue eyes.

Business has decreased because of Covid-19 and because “people are scared,” Jeremias said the day after an attack in Tel Aviv that claimed three lives and wounded dozens.

“Akko isn’t the only place where terror strikes,” he said. “Terror has no borders.”

People have only started making Efendi reservations for September and October. The Old City shuk, normally bustling during Ramadan, he said, is quieter than usual.

Afraid of losing his staff and wanting to restart as soon as possible, Jeremias opened an alternative space in another part of Akko and ran his restaurant from there. Celebrity chefs, including Michael Solomonov and Adeena Sussman, started an Uri Buri fan club to support him. He suggested they simply tell their friends to come.

Amir Hitka, 23, has been working as a cook in Uri Buri for the past four years. He lives nearby and says that things seem to have gone back to the way they were.

“We all work together and it’s good,” Hitka said.

During Ramadan in April, the sheikh of the main mosque in Akko, Sheik Samir A’asi, invited 400 people, including Jews, Christians, Druze, Circassians, Ba’hais and Muslims, to celebrate a festive meal, Iftar, at the mosque.

Jeremias said the event this year was special because it is rare that “Muslims celebrate Ramadan, Jews celebrate Passover and Christians celebrate Easter during the same time.”

He tries to look at the positive in life, he said. “I’m an optimist by definition. It’s not in my nature to cry and complain but to act. I always look ahead and try to find a better future for my children and grandchildren.”

He believes that people should try to get along and that “the most important thing is to stop radicals who foment hatred.”

A balancing act at the Arabesque

Deeper in the maze of streets in Akko’s old city is the Arabesque boutique hotel, which looters ransacked and destroyed the following night, May 12.

Owner Evan Fallenberg said that his Arab neighbors tried to save the five-year-old hotel, where Fallenberg also plans to have an artists’ retreat.

He and his son, Micha, had spent three years restoring the Ottoman-era stone building.

The Israeli government compensated him financially and he also ran a crowdfunding campaign that raised $100,000 to rebuild the 300-square-meter house. It took three months.

“But the damage is beyond physical,” he tells ISRAEL21c. “The damage to Akko’s reputation is not something that can be measured or compensated for.” 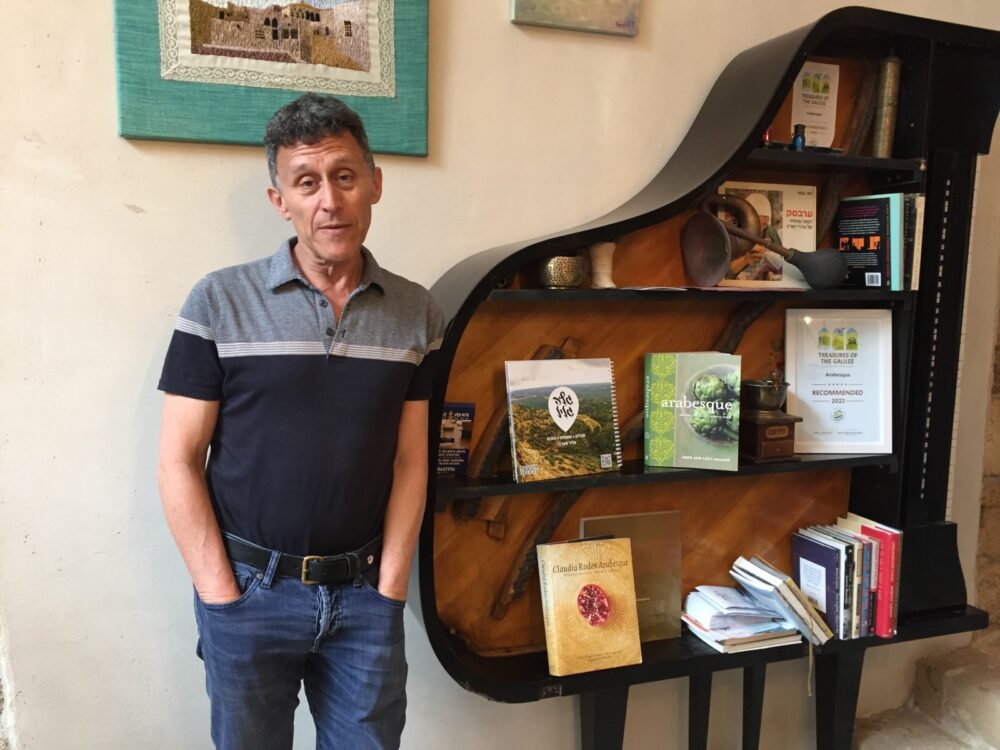 Arabesque owner Evan Fallenberg next to a bookshelf made from the piano destroyed by looters in May 2021. Photo by Diana Bletter

While tourists are slowly trickling back, mostly from Europe, Fallenberg said it’s been a rough year.

“It’s peaceful now and everyone wants things to come back to normal,” Fallenberg said.

After the riots, he said he felt naïve for trying to build a hotel in an Arab neighborhood. But his neighbors all reassured him that they wanted him there. He employs 12 people, all local residents.

He also dreams of inviting artists to come for a residency program, where dancers, musicians and other creative people can give concerts and meet young people to “create a positive presence in the city.”

Fallenberg gestured to the unusual bookshelf hanging on the wall. It is the shell of the piano that the looters destroyed last May. It is now filled with books and mementoes, an artistic transformation of destruction into art.

“From lemons, we have to make lemonade,” Fallenberg said.

UNCOVER ISRAEL - Get the ISRAEL21c
Weekly Edition free by email
Sign Up Now!
Bring Israel's story to life.
Millions of people around the world rely on us to gain a deeper understanding of Israel. We are the trusted source for original content you won't find anywhere else.
You can make a difference. Donate today to support journalism that brings Israel’s story alive.
SUPPORT ISRAEL21c
Read more on:   Travel, Culture, Arabesque, Uri Buri, Efendi Hotel, Uri Jeremias, Akko (Acre), Evan Fallenberg