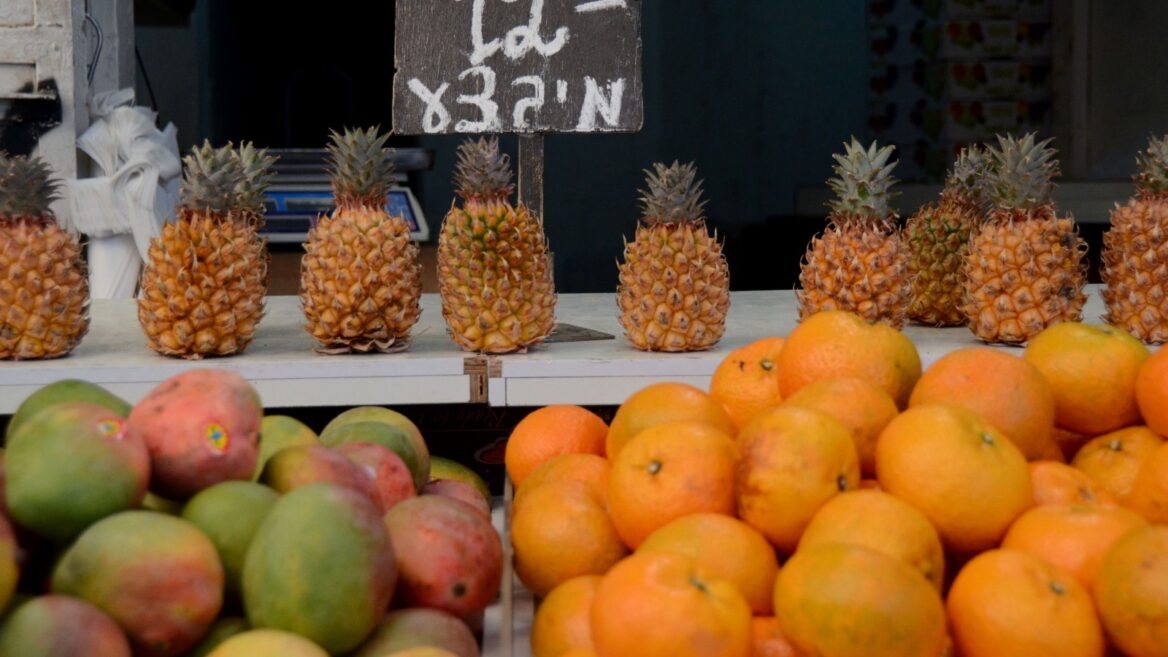 “When you let the seasons guide your cooking, it gives a natural framework to what you are making and forces you to focus on the produce and the ingredients.”

When cookbook author Adeena Sussman hosted a camera crew from Food & Wine in August, she searched in vain for a single blood orange in Tel Aviv.

“We had to make our own by dyeing regular orange segments with beet juice,” she tells ISRAEL21c.

It wasn’t that blood oranges were sold out. They were simply out of season.

“Unlike in the United States, where the entire manuscript for a cookbook is written and photographed in one 10-day photo shoot, in Israel you can’t do that because things are so seasonal,” says Sussman.

“For my upcoming book on the foods of Shabbat, we’re doing a series of two-day shoots each season of the year because we can’t miss mangos, avocados, limes, pomegranates or any other fruit that you can’t get when they’re not in season,” she says. 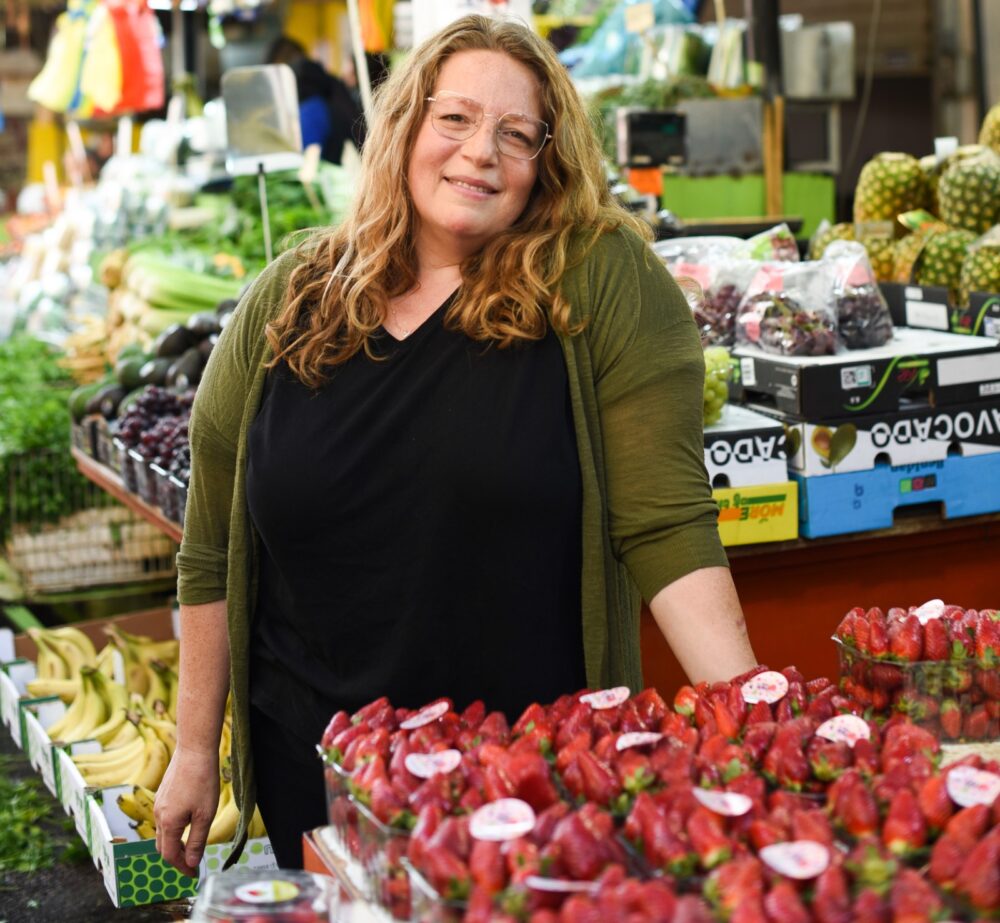 Folks like Sussman, raised in the United States or other countries where any fruit or vegetable is available year-round, must adjust their menu planning and their expectations when living in Israel.

Here, most produce is locally grown. And although you can get staples like root veggies and basic salad fixings any time, other items appear only at specific times of year.

“I try to be inspired by the seasons and use my weekly CSA [community supported agriculture] farm box and the shuk [open-air market] as my guide for what I’m making,” says Sussman.

Not that the bestselling author of Sababa: Fresh, Sunny Flavors from My Israeli Kitchen is complaining. Since relocating to Israel permanently five years ago, Sussman has come to appreciate the seasonal nature of food preparation.

“I give a seasonal accent to whatever I’m making. Depending on the time of year, I’ll sprinkle my chicken with apples instead of pomegranate seeds, or garnish my roast with plums instead of figs,” Sussman says.

“It only gets frustrating when I’m developing recipes for clients in the US and they take for granted that you can get an avocado any time of the year. Sometimes I have to improvise,” she says.

“In general, I find it a privilege as opposed to a frustration. When you let the seasons guide your cooking, it gives a natural framework to what you are making and forces you to focus on the produce and the ingredients. In a way it’s a relief because it gives you some filters and constraints,” Sussman says.

“Of course, I’m aware not everyone has access to the seasonal produce, and if you can’t cook with things in season you should still cook freely with joy.”

According to recent reports, more than half the fresh fruit and almost a third of the fresh vegetables in American supermarkets comes from abroad. The United Kingdom imports 42% of its vegetables and 89% of its fruit.

That takes a huge environmental toll if you factor in both the energy involved in long-distance transportation and the water stress put on exporting countries to supply overseas markets.

According to TrendEconomy, in 2020 Israel exported about $600 million worth of fruits, nuts and edible fruit peels, while importing about $362 million of those items.

Imports could rise under a new government plan to lower fruit and vegetable costs by cutting import fees and permitting more foreign competition.

Israeli farmers vehemently oppose this plan, and many Israeli cooks would be sad to lose the seasonal, local aspect of menu planning.

“In the US, the connection between the Jewish calendar and the produce calendar is abstract. But the moment you move to Israel it all comes into sharp relief,” she says.

“Pomegranates are at their peak exactly at Rosh Hashana. On Tu B’Shvat, in the US it’s still winter but in Israel it’s the beginning of spring and I can get asparagus. Living here, I understand the way people filter fruits and vegetables through the lens of the Jewish calendar.” 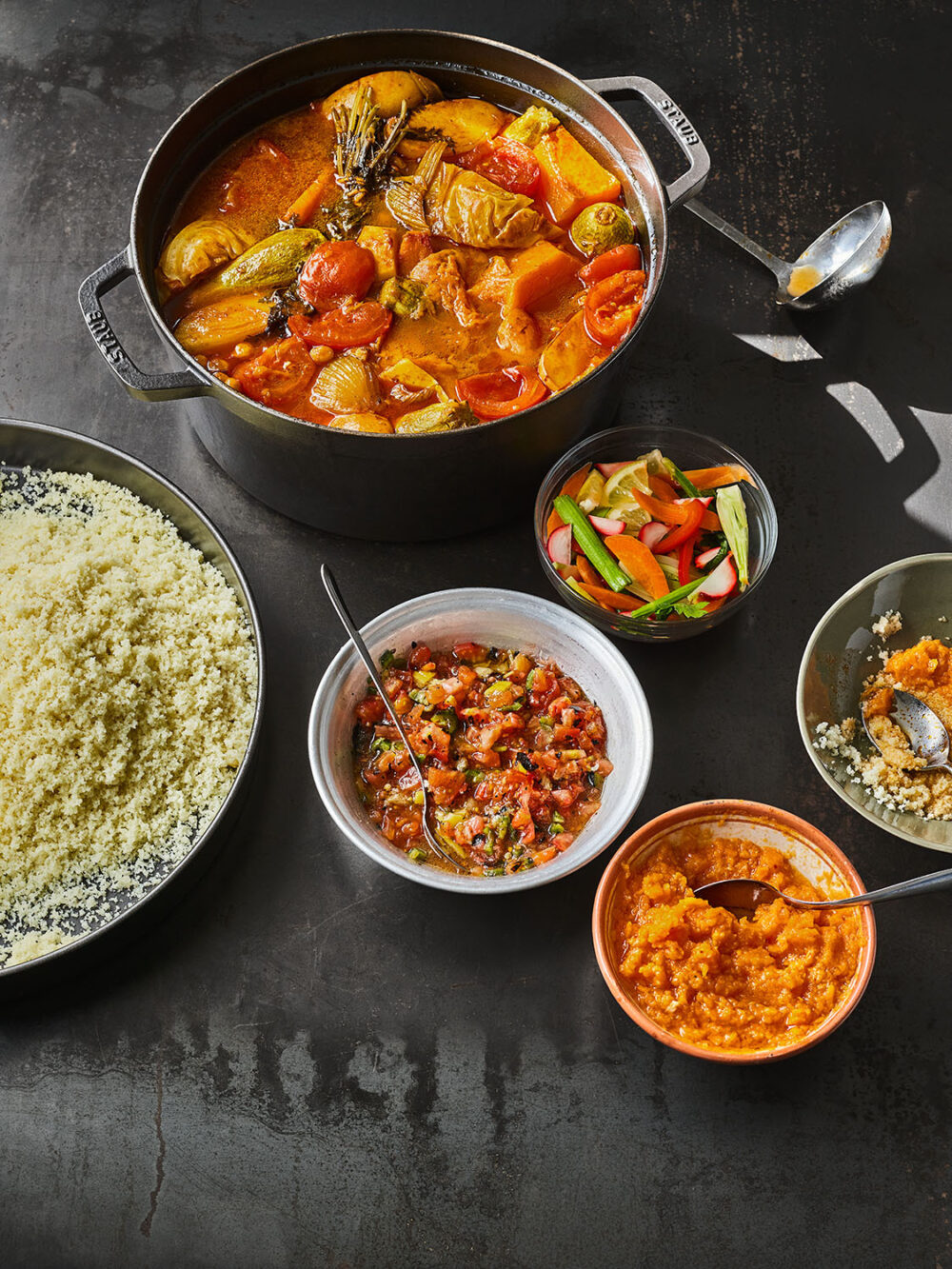 Here is a recipe from Sussman’s Sababa cookbook starring pumpkin, an autumn squash. Her version is accompanied by homemade couscous; you can also use store-bought.

For food writer and cookbook contributor/editor Sybil Kaplan of Jerusalem, strawberries and artichokes herald Passover while loquats come a little later, around Shavuot.

“My favorite spring fruit is shesek [loquat] with those beautiful mahogany brown seeds inside. They are not well known in the States and I always try to introduce them to people who are unfamiliar with them because I find them so special,” Kaplan tells ISRAEL21c.

Kaplan has noticed in the past few years that many types of fruits and vegetables are available for a longer time than in the past. Improved storage and growing techniques help make this possible.

UNCOVER ISRAEL - Get the ISRAEL21c
Weekly Edition free by email
Sign Up Now!
Bring Israel's story to life.
Millions of people around the world rely on us to gain a deeper understanding of Israel. We are the trusted source for original content you won't find anywhere else.
You can make a difference. Donate today to support journalism that brings Israel’s story alive.
SUPPORT ISRAEL21c
Read more on:   Culture, Environment, Israeli food and drink, seasonal produce, pomegranates