The mini PocketPrinter by Israeli startup ZUtA Labs makes you wonder why nobody thought of this before.

Cofounder Tuvia Elbaum, 29, was amazed to find no such solution on the market when he and fellow Jerusalem College of Technology (JCT) student Matan Caspi envisioned the first-ever mini mobile printer last year. Tired of searching for a printer whenever they needed to print out papers and presentations, they looked for a mobile alternative.

“When you have an idea like that, you figure someone else must have done it,” he tells ISRAEL21c.

But nobody had. So Elbaum and Caspi brought their business plan to JCT’s Friedberg Entrepreneurship Program, which accepted it and provided initial support and guidance.

Debuted at Microsoft’s ThinkNext event in April, the 10-by-11.5-centimeter (3.9-by-4.3-inch) PocketPrinter wowed critics for its ability to connect to smartphones and PCs, and print on paper of any size. After reaching its fundraising goal in a Kickstarter campaign, ZUtA Labs intends to have a full line on the market by January next year. 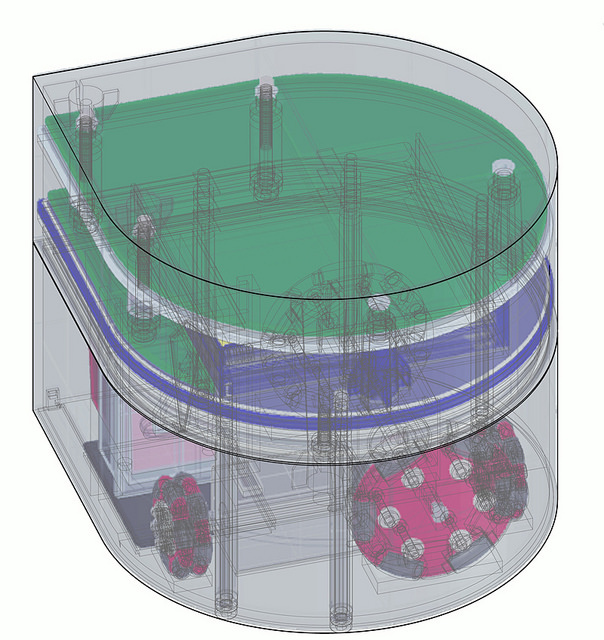 The inner workings of the PocketPrinter.

The basic unit, with rechargeable battery, will retail for about $240.

‘Everybody needs a printer on the go’

Elbaum explains that printers essentially consist of a printhead running left and right on a moving piece of paper. “We asked ourselves, why not get rid of the entire device and just put the printhead on a set of small wheels and let it run across a piece of paper? By doing so, we allow the printer to really be as little as possible.”

The printer is activated by sliding a hatch at the bottom, revealing a standard HP cartridge inkjet. The USB connection for battery charging is also on the bottom of the device.

In its first iteration, the PocketPrinter will be available in black or white polycarbonate. Printouts will be grayscale. In the future, the founders hope to offer a color printing model. Elbaum says he and his partners are ironing out details concerning product development, manufacture and distribution.

“If we can assemble them here in Israel, that would be amazing,” says the serial entrepreneur, who started his first company at age 21 and is still very much involved in Umoove, a startup he cofounded to great acclaim that created a face- and eye-tracking technology for mobile devices.

“We’re also working on apps for iOS and Android that will allow direct printing from your smartphone and tablet,” says Elbaum.

“Following ThinkNext, we are getting encouraging feedback from around the world. Everybody needs a printer on the go, and people are really relating to the idea.” 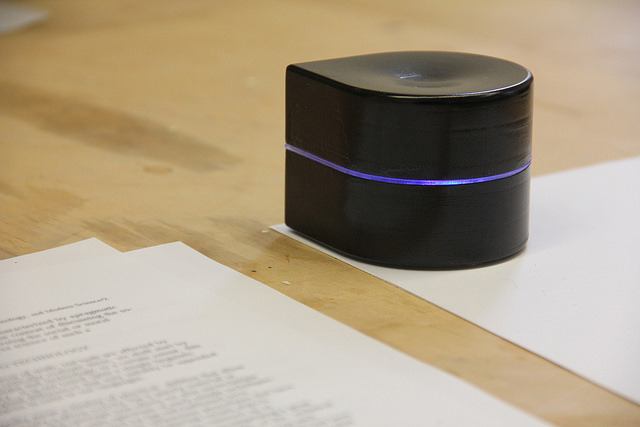 The inner workings of the PocketPrinter.

Still finishing his degree and nurturing two startups requires a difficult balancing act for Elbaum, and he credits his “wonderful wife” for being supportive and understanding.

“Having two startups is like having two kids — you give each the most attention you can, he says. “If you have a passion for something, you find the time.”