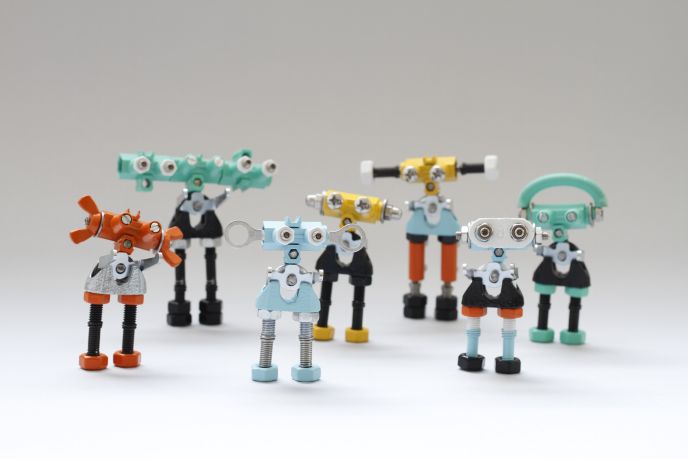 The leftover screws from the shelving unit you just built, the extra nuts and bolts from the bicycle you just fixed, or the studs and fasteners you just didn’t want to throw away all have a new future, thanks to an Israeli toy design team.

The creators behind the OffBits, the open-source robot toys that encourage you to tinker, are hoping to add a new sense of creativity to the toy-building community.

With the tagline “the art of spare parts,”the OffBits is all about taking those leftover bits and pieces at the bottom of your toolbox and making them into fun, original toys. It’s about re-imagining common bits and pieces as parts of an artistic toy. 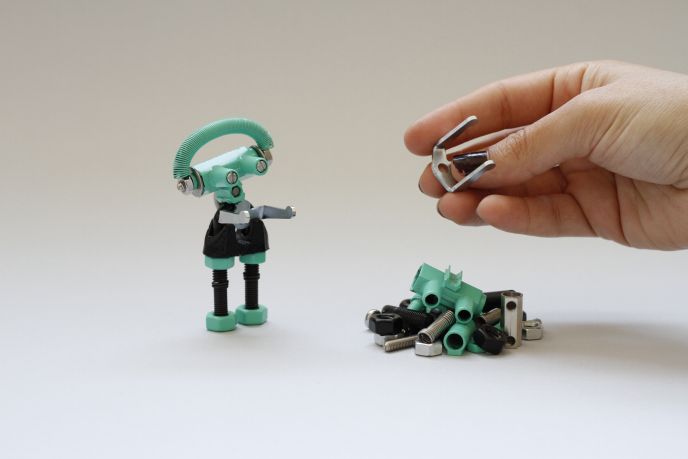 The cute OffBits robots were designed to be redesigned. The team spent two years fine-tuning the product, testing it on live audiences at the Mini Maker Faire festival of invention in Jerusalem.

While it may seem strange to buy a small box of little screws and odd pieces, Goren says the OffBits Starter Kits, which contain custom parts and connectors, are your entry into a world of unlimited creativity.

To get word out about the new game in town, the OffBits team has launched a Kickstarter crowdfunding campaign. Within the first week, the global community of BitStarters helped the seven startup entrepreneurs cruise past the halfway mark to their $15,000 goal.

“The crowdfunding community goes hand-in-hand with our idea for open-source. We want a community of creative collaboration where new ideas and designs are shared,” says Goren. “We want to get to early adopters, to people who want to try new things first before critical mass accepts it. And Kickstarter is a shopping mall of early adopters who are open to new ideas.”

LEGO and Meccano have the lion’s share of the building toy market. But The OffBits – aimed at both children and adults – could find its own niche in the toy market for build-it-yourself model robots.

The upcycled bits in the four starter packs come with instructions to make specific robot models. But builders are expected to add pieces and personalize the characters. 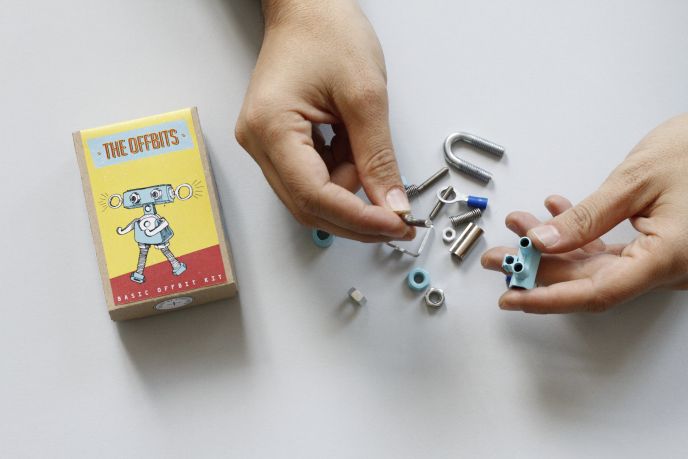 “Each time you stumble upon an abandoned screw, bolt, spring or some such, on it goes to your OFFBIT, becoming a new leg, a different head, a jaunty hat or a radioactive antenna,” reads the Kickstarter blurb. “OFFBITS are endlessly re-designable, extendable and customizable, and only you can make them YOUR way!”

The OffBits actually began as an “art project exploring individuality and self-expression in modern society” by Barazani. 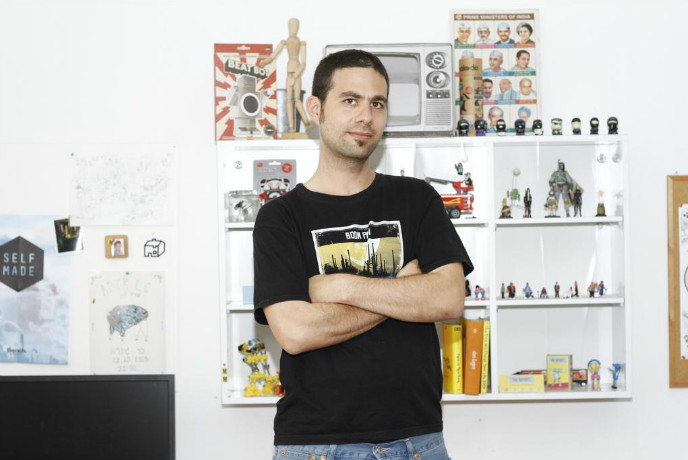 “I have always been fascinated and challenged by the possibility of finding new uses and combinations that even the original designers had not thought of. Everything around us can be re-imagined and become an original creation,” says Barazani.

Starter Kits begin at $18 and prices jump up to $750 for a 14K-gold OffBit. Once the initial funding goal is reached, new extension packs will also be sold including car parts, animals and “wackier robots.”

“We want to change the way people look at toys and play with them,” says Goren.

UNCOVER ISRAEL - Get the ISRAEL21c
Weekly Edition free by email
Sign Up Now!
Bring Israel's story to life.
Millions of people around the world rely on us to gain a deeper understanding of Israel. We are the trusted source for original content you won't find anywhere else.
You can make a difference. Donate today to support journalism that brings Israel’s story alive.
SUPPORT ISRAEL21c
Read more on:   Culture, Kickstarter, OffBits, toys, robots, Crowdfunder of the Week