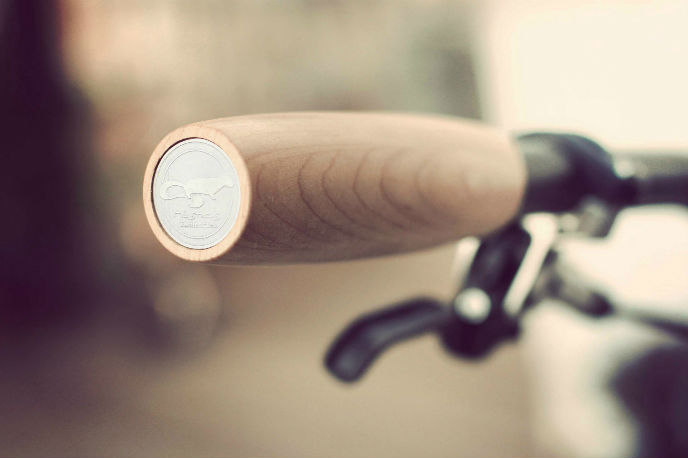 A social business in Haifa’s heavily Arab Wadi Nisnas neighborhood was started by two 30-something Jewish visionaries aiming to turn the wheels of Arab-Jewish engagement through bike handles and surfboards.

When someone at a London trade show asked Levin what else Nisnas Industries could make, he and Cheprack came up with the Daily Bicycle Grip, which they’re financing with a Kickstarter campaign. The proceeds from sales of these grips made of maple and mahogany woods, aluminum, brass and stainless steel will fund a surfboard-building workshop for 30 teens from Wadi Nisnas to begin in December.

Levin explains that he and his partner began brainstorming about how to turn the $65 Daily Bicycle Grip into a catalyst for social change when Gaza-Israel hostilities heated up in late June and early July, resulting in Operation Protective Edge.

“We try to close the circle between manufacturing and doing good,” says the social activist and young father. “So we partnered with a surfboard shaper here and started this program with him.”

Interacting outside the neighborhood

Cheprack and Levin are former fellows of the United Nations-sponsored Soliya leadership program. At a Soliya gathering in Jordan about 18 months ago, the participation of the two Israelis was met with violent public protests, and the friends became determined to show the world what Jewish Israelis can do for Arab-Israeli communities.

With seed money from the United Nations, they launched a bike-building project for 45 Arab children from the Hewar Democratic School in Haifa. At the end of the year, each child took home a professional bike – and a broader view of Israeli society. 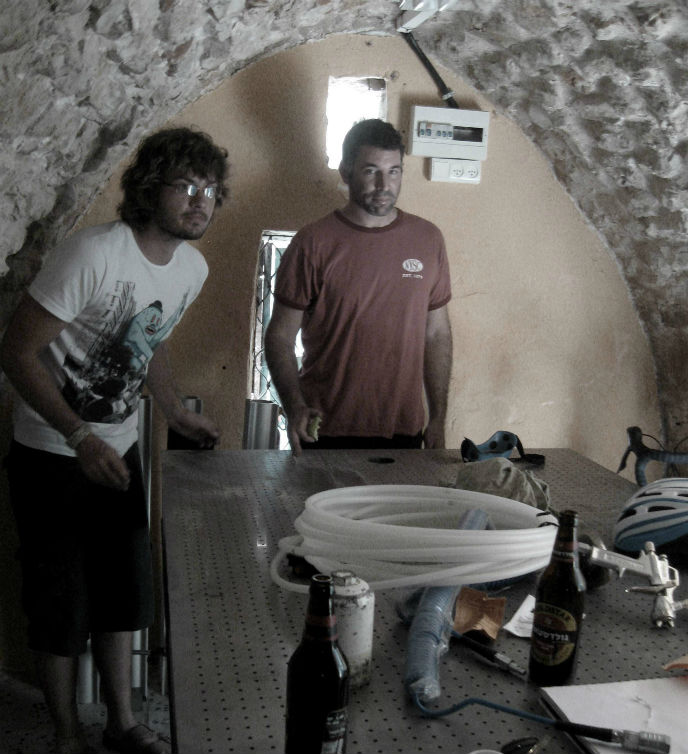 Max Cheprack, left, and Yossi Levin at their Haifa workshop.

“We presented it in Qatar at a UN conference and described how the participants – mostly girls — gained independence, learned about the history of their neighborhood and increased contact with others,” says Levin.

“A lot of these kids don’t really interact outside their own neighborhood and never learn Hebrew. This opens them to more people and more experiences through an activity that’s fun and sticks in their minds forever,” explains Levin, 36, a community organizer who studied in Cairo and the United States and has run teen centers in different parts of the world.

Cheprack has a decade of industrial design experience, which includes fabricating in steel, composites and ceramics.

“Max designs much of the wood products we have and has a hand in all the design aspects of all our work,” Levin writes on the Kickstarter campaign page. “From the initial design down to laser etching in wood, Max spearheads the technical process. The products we have out now are a result of years of design and fabrication testing that we have done locally under Max’s watchful eye.”

The two lifelong Haifa residents raised nearly $31,000 through a previous Kickstarter campaign to build a new production space and community center in Wadi Nisnas, a neighborhood of about 8,000 residents. This is where the surfboard workshop will take place. Later, the kids will test out their boards on the nearby Mediterranean coast.

“They’ll be building their own surfboards out of wood and then they’ll be learning how to surf. All of this will be funded using proceeds from the sales of Daily Bicycle Grips,” says Levin. “We are a social business, so we profit-share with everything we do.”

In their new manufacturing facility in a vintage stone building, they also plan to teach evening cycling classes and offer activities to the community, which Levin describes as “steeped in artistic traditions.”

“Local steel masters and fabricators here are amazing, but at the same time the neighborhood struggles,” he adds. “We play a role in making this neighborhood grow, socially and financially.

The Kickstarter campaign runs through September 9.