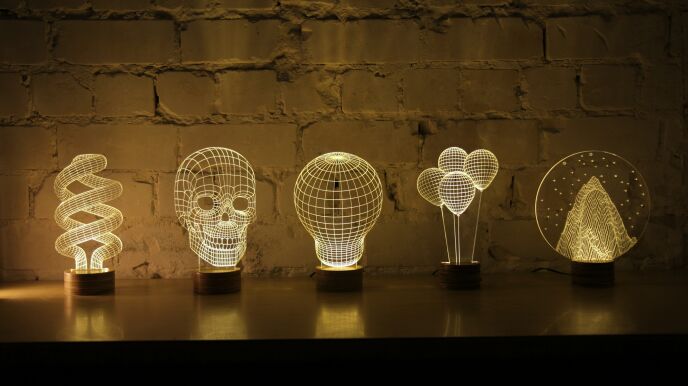 Graphic designer Aya Brin is in a bit of a pickle as she tries to figure out how she’ll send designer lamps by her husband, Nir Chehanowski, to Kuwait, Dubai and Malaysia from Israel.

Of course, the packing boxes that have taken over her parents’ backyard are not only earmarked for countries without ties to Israel, but also for the Caribbean, North America, China, Europe and everywhere in between.

Chehanowski’s energy-efficient LED lamps are a bright spot in the world of lighting design right now.

He’s the guy behind the amazingly cool, mind-bending Bulbing lamp that started as a Kickstarter crowdfunding project and is now found in the Museum of Modern Art (MoMA) Design Store in New York City.

The lamps are thin acrylic glass frames in interchangeable patterns including a skull, balloons and a classic bulb shape, fitted into a birch base. The 2D wire frame lamps create an optical illusion and appear to be three-dimensional even though they are completely flat. Moreover, the LED light doesn’t overheat and lasts up to 50,000 hours. 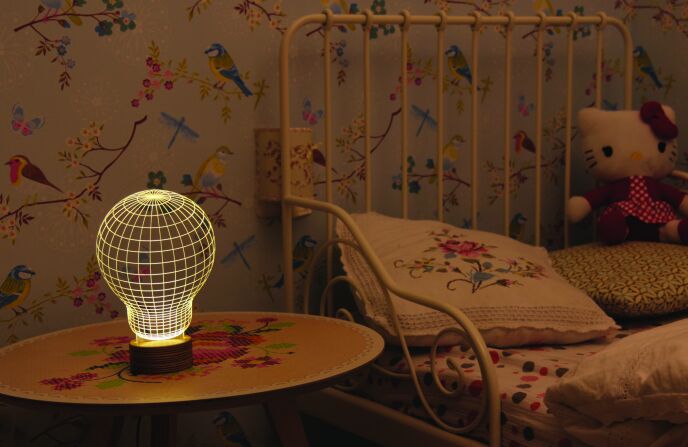 “The acrylic sheet is laser engraved into a classic bulb silhouette and covered with dozens of intricate incised lines that suggest dimensionality and bulbous form of archetypal light bulbs,” according to the MoMA store catalog.

It wasn’t a given that MoMA would put in a special order for the Israeli-made lamps, Brin says, adding that she and Chehanowski were happily surprised also to be included in the prestigious museum’s Kickstarter collaboration featuring 24 design projects from across the globe.

Centre Pompidou noticed the young Israeli couple’s first crowdfunding project, Flatlight, and contacted them to sell their visually deceptive brass 2D/3D optical-illusion candleholder in the Paris gift shop. They were also invited to show their innovative Flatlight at the International Contemporary Furniture Fair in Stockholm. 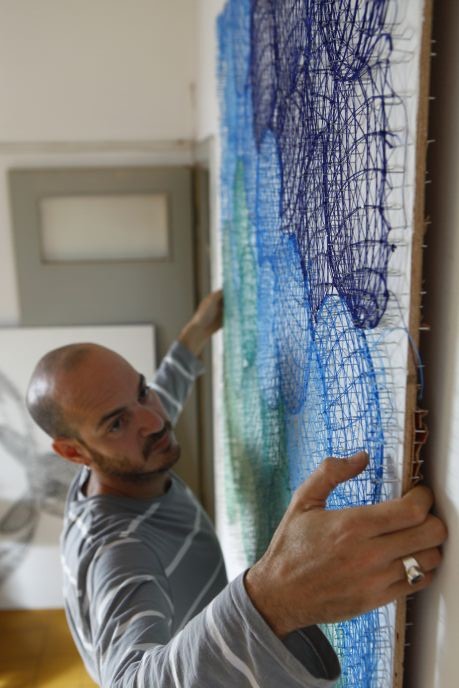 Thanks to simple yet brilliant designs, Studio Cheha’s Flatlight and Bulbing scored top blog coverage from the likes of Gizmodo, GeekTime and Design Milk.

Once the products were ready, the couple called on friends to help make a video for the Kickstarter campaigns and then relied on friends of friends to promote them on the social crowdfunding platform.

“As an Israeli designer in Israel, I need money and a community to succeed. Kickstarter gives exposure to the wider world. It gave us a push to start,” says Chehanowski.

Kickstarter and other similar crowdfunding platforms have become major hubs for the global design community. More than $191 million has been pledged to 9,389 design projects on Kickstarter by people from all over the world, as of mid-August.

The response to their Bulbing campaign shattered Chehanowski and Brin’s wildest expectations.

“We thought we’d sell 400 bulbs on the Kickstarter campaign; it would make a nice start for our product,” Chehanowski tells ISRAEL21c during a coffee break from making lamps for overseas customers. “We didn’t expect the success of the campaign at all. Because of Kickstarter we need to make over 3,000 Bulbing lamps.” 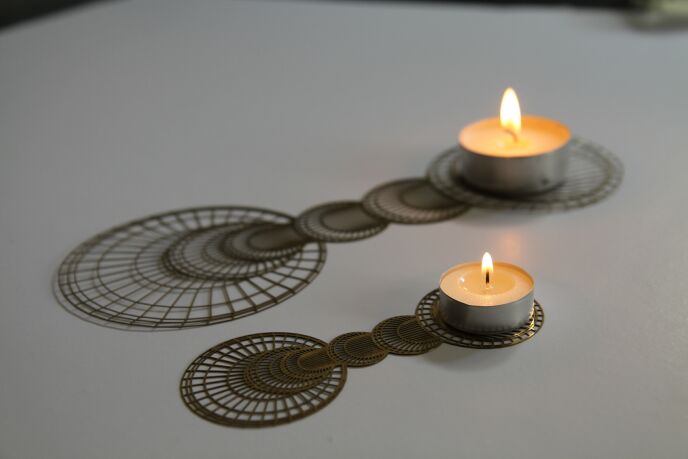 Both Brin, 33, and Chehanowski, 34, are soft-spoken, down-to-earth types. Brin left her job to help manage and promote Studio Cheha, which centers on her husband’s creativity.

Before crowdfunding, the Bezalel Academy of Arts and Design graduate was better known for his enormous mesh string-and-nails wall art. “His friends told him to make something you can hold,” says Brin.

Though Flatlight and Bulbing have proven successful, Chehanowski says even those products were not originally made to sell. “I just flow with an idea. I don’t have a set purpose when I’m designing,” he says.

But he and Brin are on a mission to meet the expectations of their supporters in the crowdfunding community. They’re up from early morning to late at night answering emails, picking up laser cuts, assembling the products and packaging them for shipping overseas.

They know that it would be much easier to send the design to China and have it made and assembled there. “It’s important for us that the whole product is Israeli made. We use small factories, young people. Everyone wants to succeed,” says Chehanowski.

Adds Brin: “It’s important for us that it’s made here.”