This street in Tel Aviv was named for King George V in 1935. Photo by Danya Belkin

Whether you realize it or not, walking the streets of Tel Aviv can provide a compelling history of the city itself.

While most people use the names of the streets simply to navigate from one place to another, if you pause for a moment and take a deeper look, you will discover that the names of the roads, whether it’s Herzl Street, Dizengoff, or Sheinkin, all have their very own stories to tell.

Join us on a most unusual history tour of 11 Tel Aviv streets that help preserve the history of this lively, beach city. 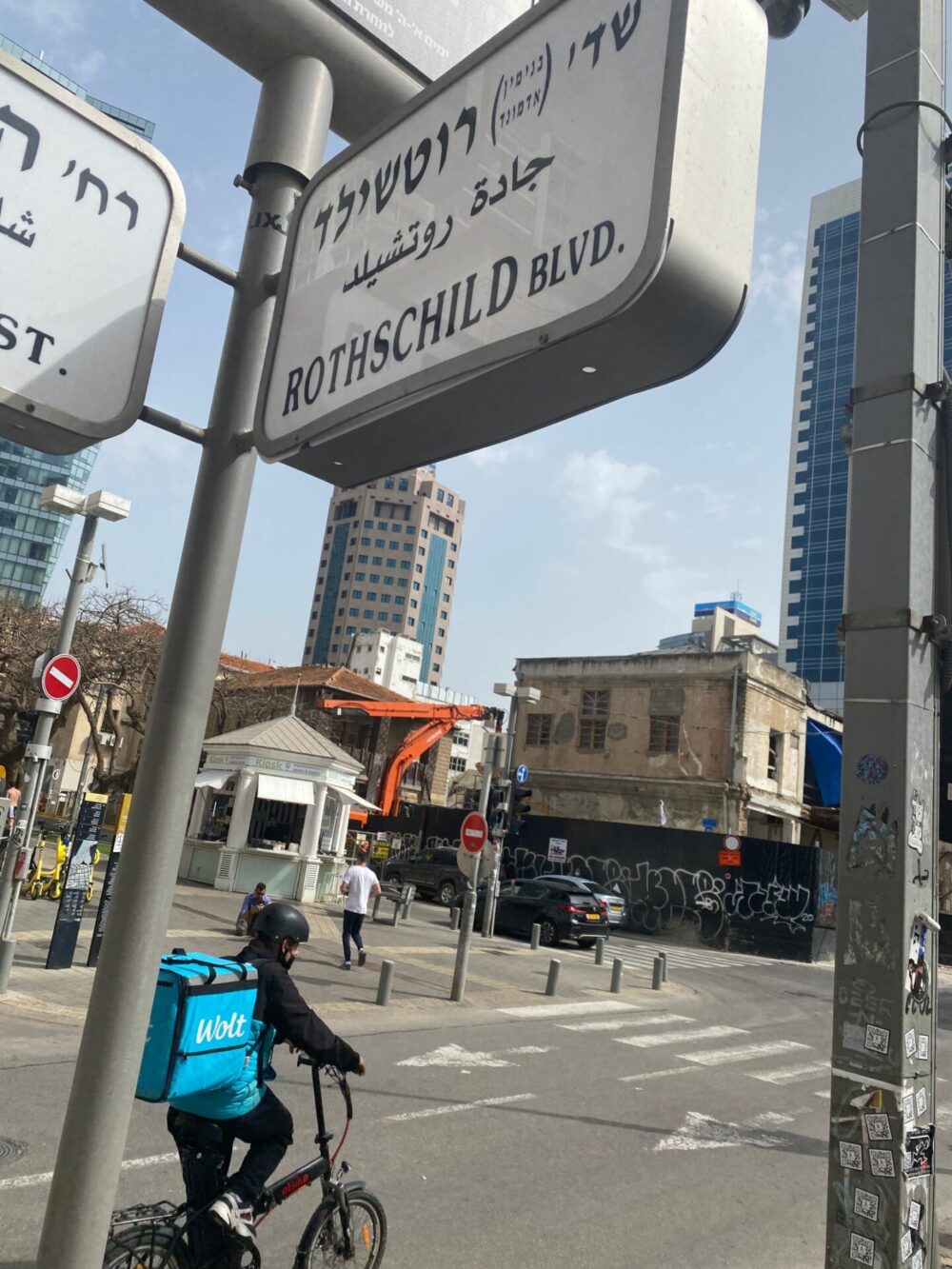 Named after French Jewish banker Baron Edmond Benjamin James de Rothschild, a supporter of the Zionist cause and donor of land and money to the Jewish community in pre-state Israel. 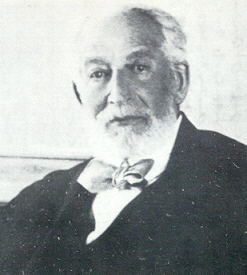 Originally named Rehov HaAm (Street of the People), it was later renamed Rothschild Boulevard to reflect the generosity of the banker.

Built over 100 years ago, Rothschild Boulevard is one of Tel Aviv’s main tourist attractions and business hubs. Many of the buildings there are also rich in history, like Israel’s Independence Hall and Habima, Israel’s first national Hebrew theater.

The street also has a central strip with kiosks and bike and pedestrian lanes, as well as numerous coffee shops great for people-watching at the center of all the action. It is one of the most expensive streets in Tel Aviv, featuring the more luxurious shops and upscale housing. 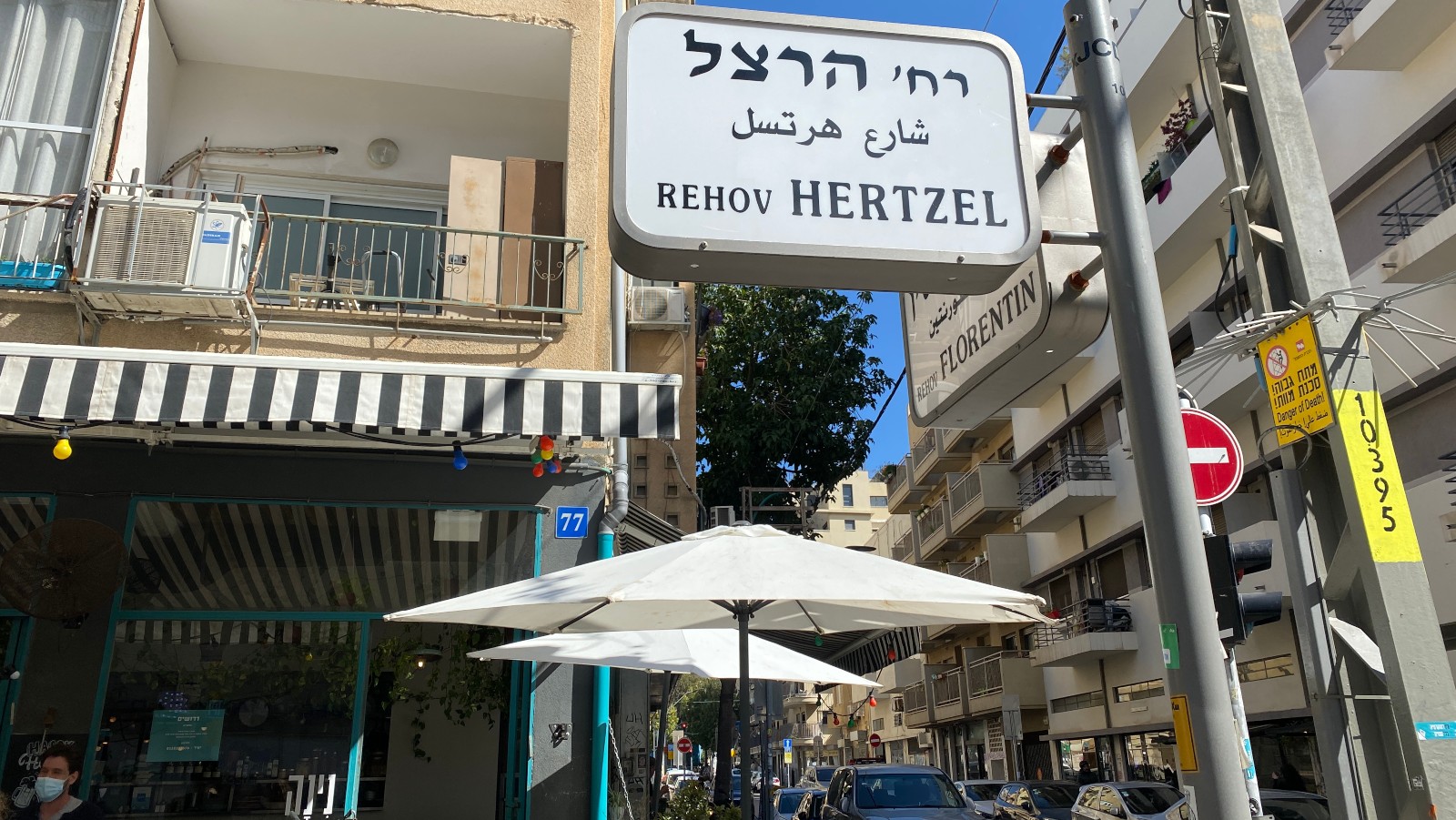 Herzl Street in the Florentin neighborhood of Tel Aviv. Photo by Danya Belkin

Theodor Herzl, the father of modern political Zionism, was a role model to Polish jeweler Akiva Arie Weiss. It was Herzl who envisioned a city in the Jewish homeland named Tel Aviv. 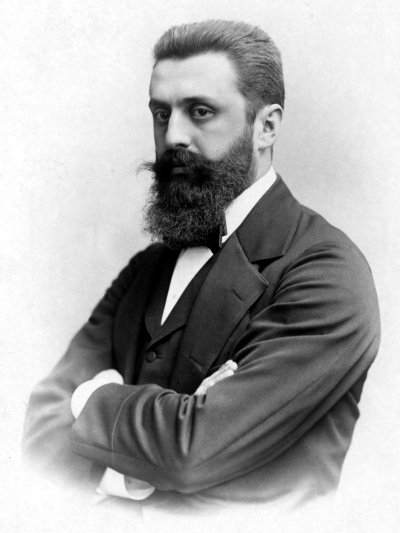 Theodor Herzl was the father of modern political Zionism. Photo by Carl Pietzner via Wikimedia Commons

In commemoration of his hero, Weiss chose to name a street in his honor and built his own house on this street as one of the founding planners of Tel Aviv in 1909. The following year, the famous Herzliya Hebrew Gymnasium was built on the street, the first coed school to offer all studies in Hebrew.

Though the school was knocked down, Herzl Street is an eclectic street that is still jam-packed with historic buildings, including Tel Aviv’s first shopping center, and inside that, the city’s first elevator. 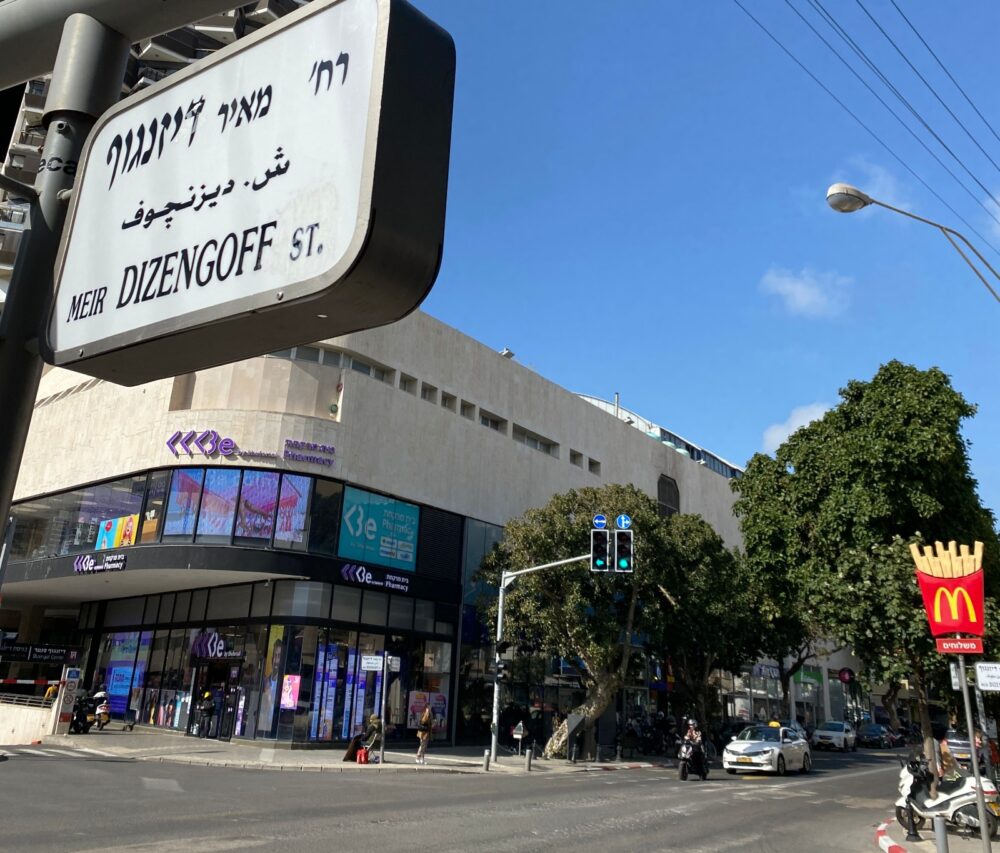 Dizengoff Street was named after Tel Aviv’s first mayor, Meir Dizengoff, and was built during the 1930s as part of the original urban development plan of the city. 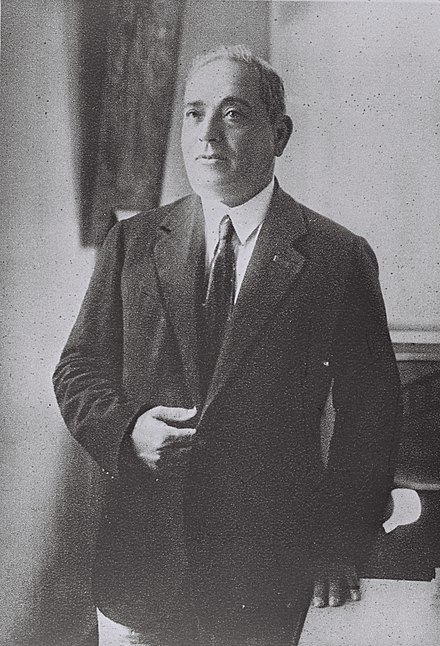 This iconic street holds much of the city’s rich culture and history. This street is so popular that there’s a Hebrew slang word l’hizdangef, which means to “stroll down Dizengoff.”

Though the street’s fortunes have risen and fallen over the years, Dizengoff remains one of the most popular in Tel Aviv, full of boutiques, excellent cafes, and designer shops and wedding boutiques.

The extensive renovation of the beautiful Dizengoff Circle has brought the street very much back to life. It is always lively and full of young people. 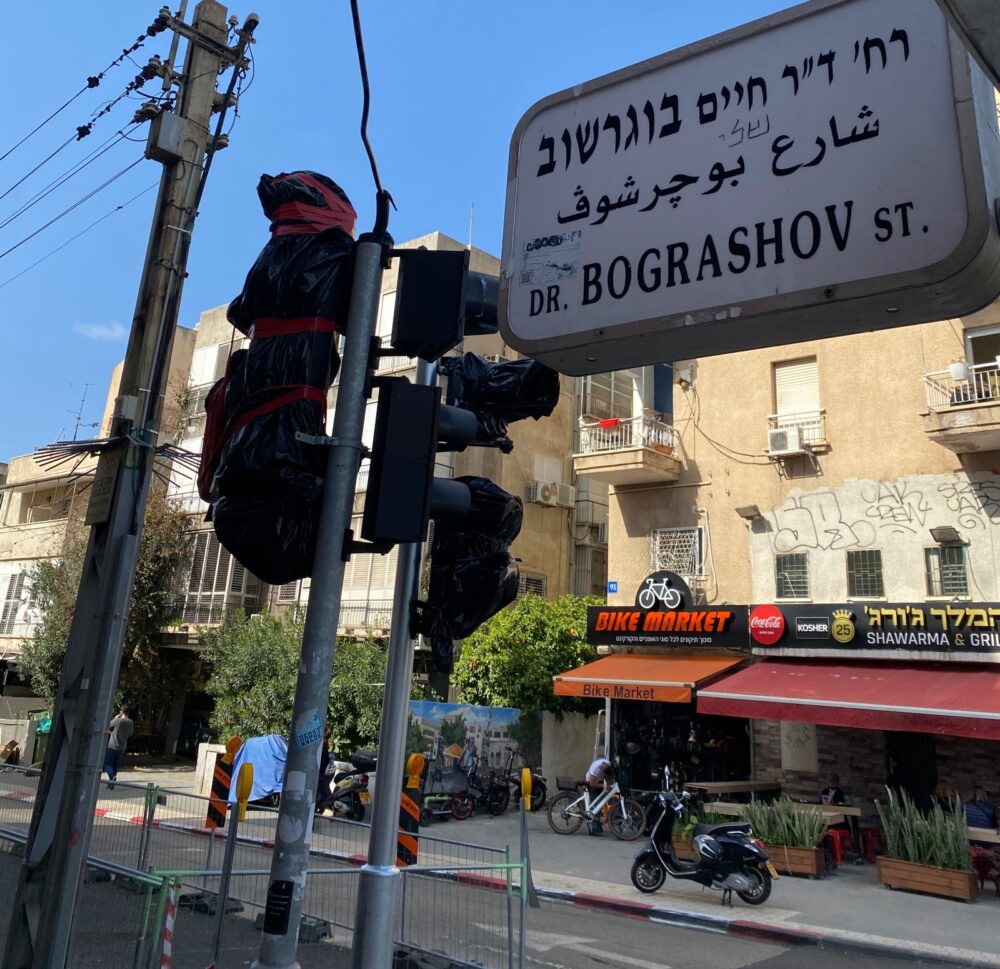 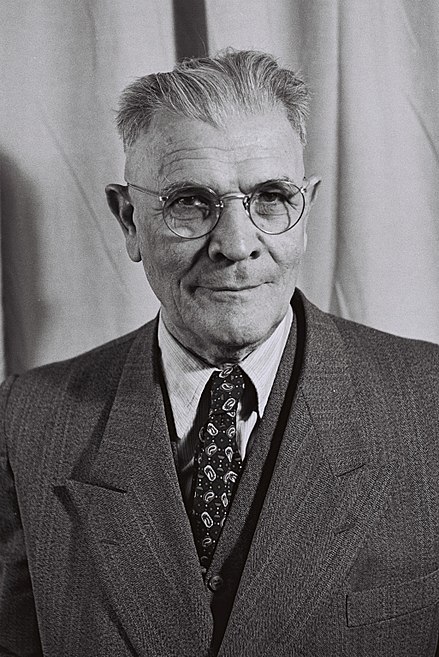 Haim Boger (Bograshov) was a leader of Tel Aviv in the 1920s. Photo by Théodore Brauner, National Photo Collection of Israel, via Wikimedia Commons

Bograshov Street earned its name from Haim Boger (Bograshov). He was elected in 1921 to serve as a representative to the Tel Aviv City Council and the Assembly of Representatives.

Bograshov Street is a thoroughfare crossing near the Nordic district. Its peaceful urban atmosphere attracts natives looking to live in the city as well as tourists on their way to the beach or heading toward the many quaint restaurants and shops along the way.

Bograshov was a humble gentleman and ultimately Hebraicized his last name to Boger after the street was named in his honor. 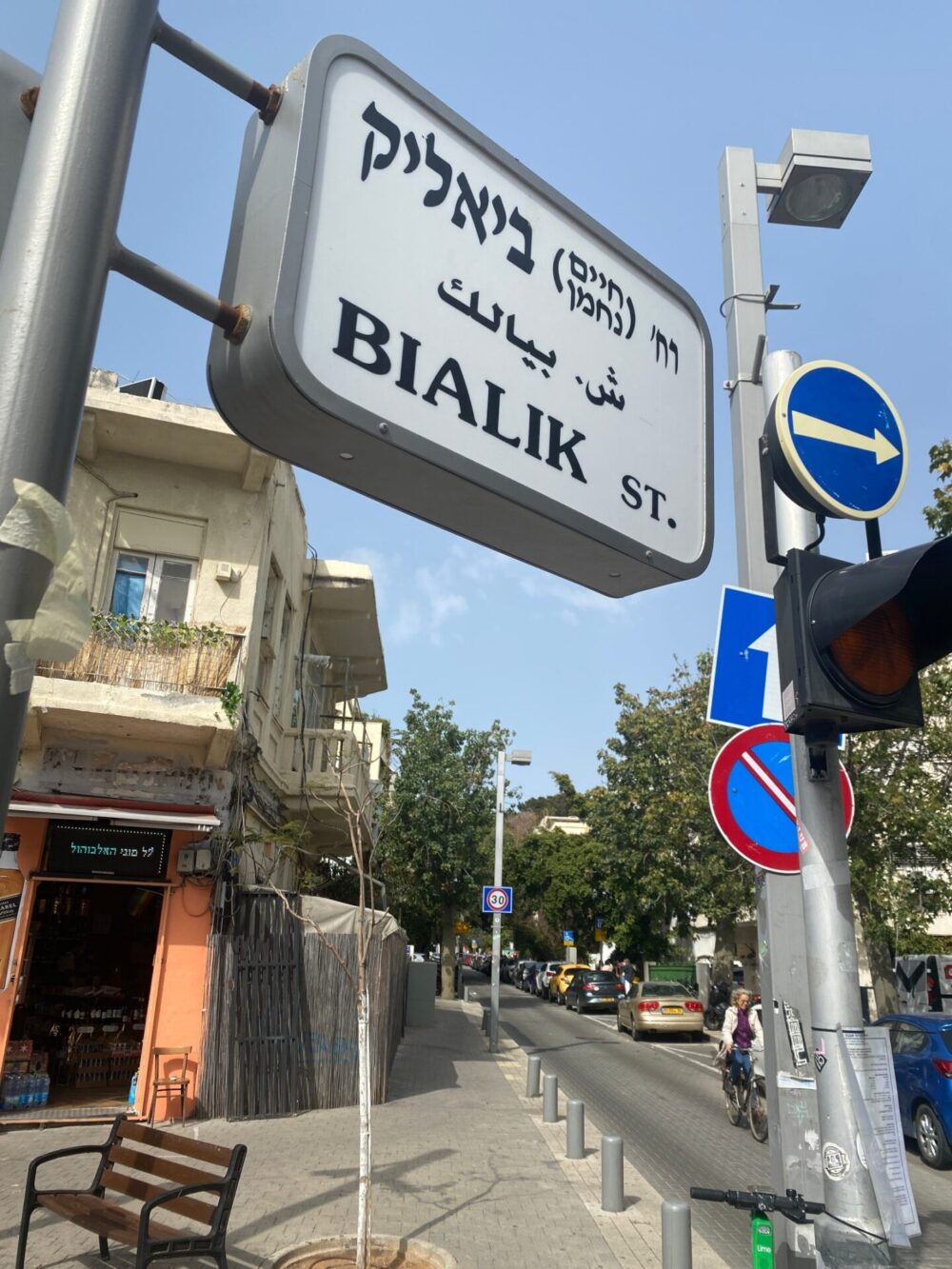 Haim Nahman Bialik, who became known as Israel’s national poet, was already celebrated in the Holy Land even before coming to Israel from Ukraine, via Germany, in 1924. He wrote poetry primarily in Hebrew but also in Yiddish. 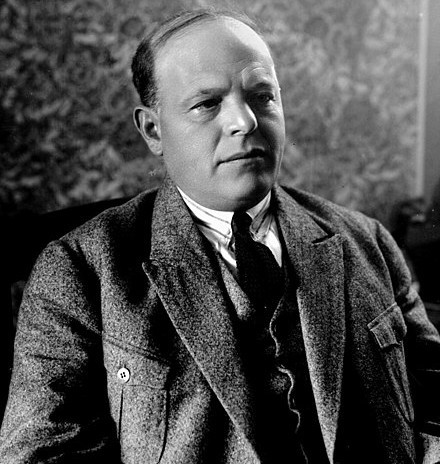 This street, formerly known as Bezalel Street, is the site of Bialik’s house, a famous building that contains a library with all his books, articles, letters and paintings.

Apart from its historical connections, Bialik Street is also noteworthy for being one of the most beautiful streets in Tel Aviv. Many of the neighborhoods were built by Jewish immigrants in styles they were familiar with, like columns or arches on the exterior of buildings, which make them all the more elegant! 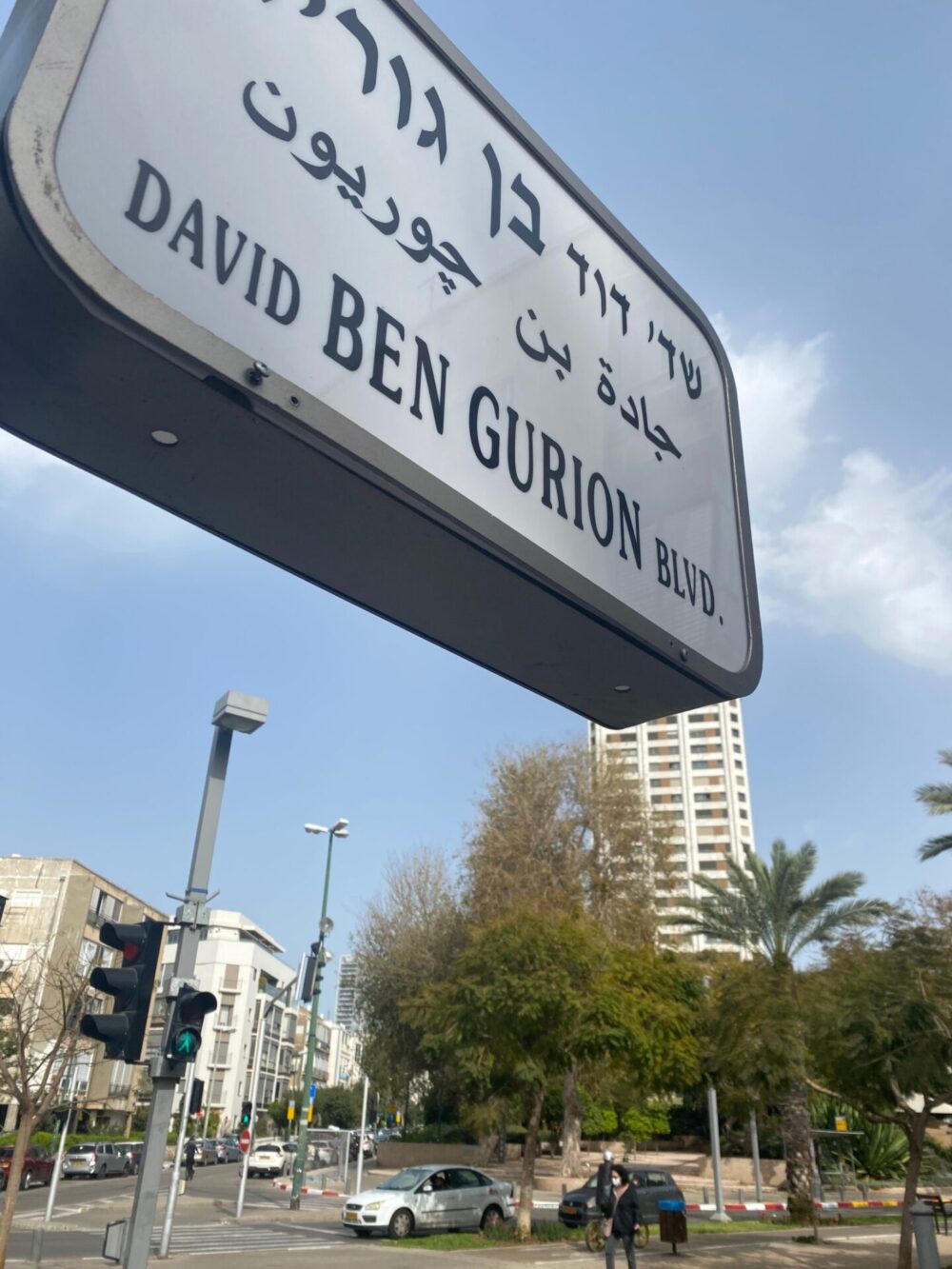 Ben-Gurion Boulevard received its name from the founding father of Israel, David Ben-Gurion. He served as the nation’s first prime minister and minister of defense between 1931 and 1953.

On this street stands the former home of Ben-Gurion, known as the Ben-Gurion House,  which now serves as a historic house museum to honor his legacy.

There are also lovely paths for runners, bikers, and walkers featuring rows of shaded trees and petite wooden benches to along the way. Ben Gurion Street is definitely more relaxing compared to the other Tel Aviv streets’ usual bustling atmosphere. 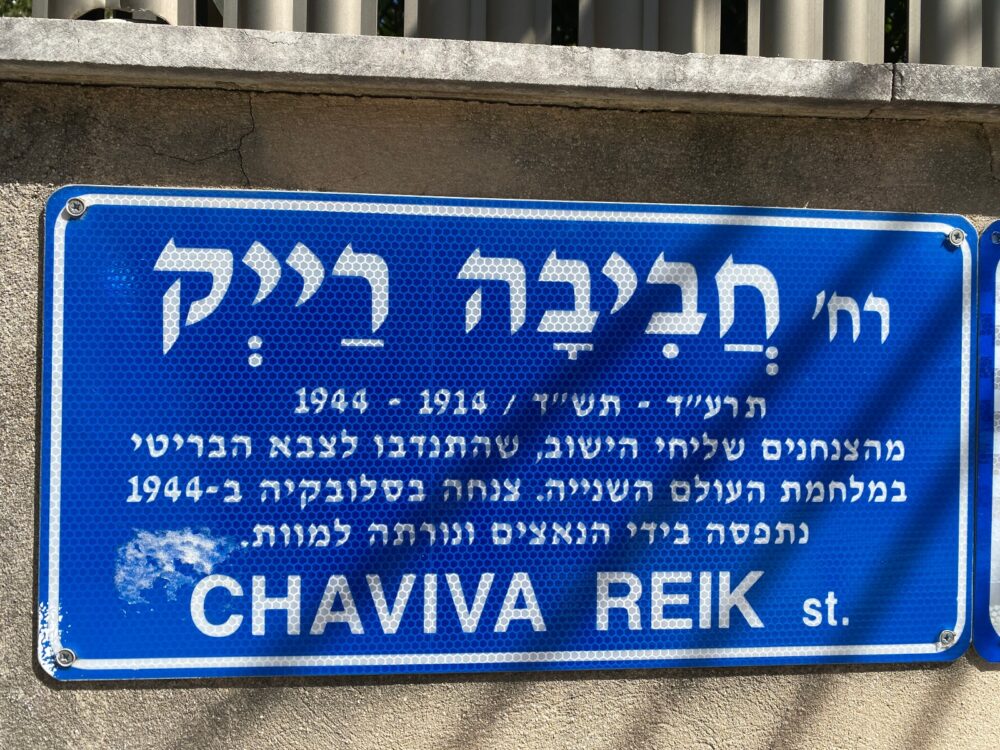 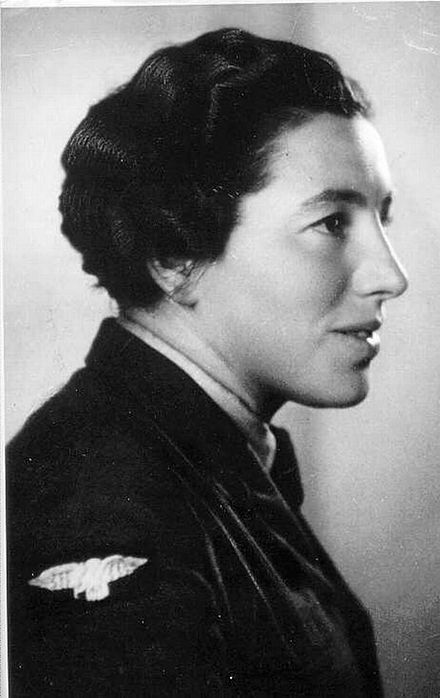 Haviva Reik was a Slovakian parachutist who was sent behind enemy lines by the Jewish Agency and Britain to resist German occupation in Europe in 1944.

She established a camp for Russian prisoners of war who had escaped and helped to organize a Jewish resistance unit. She was eventually captured and killed.

In 1952, in commemoration of her accomplishments, her remains were buried in Israel. Numerous streets, such as this one, were named after her. 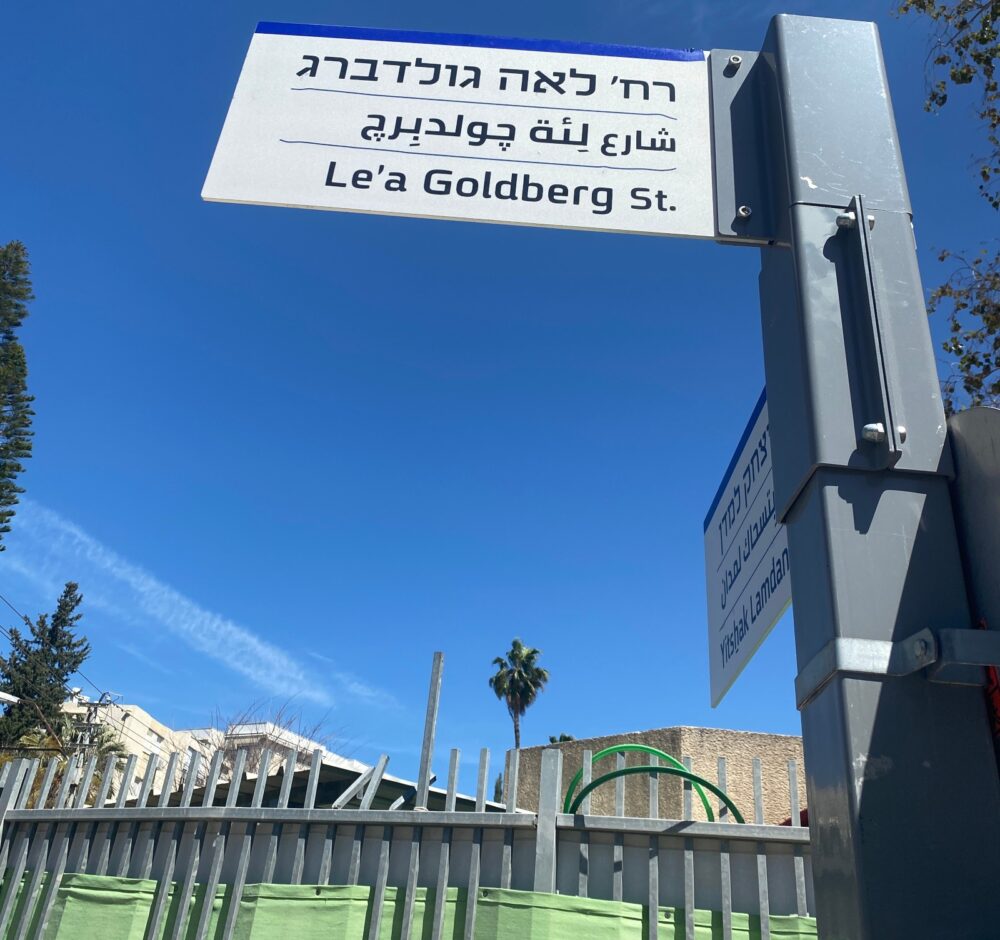 Leah Goldberg Street in Tel Aviv is named for a beloved poet and children’s book author. Photo by Danya Belkin 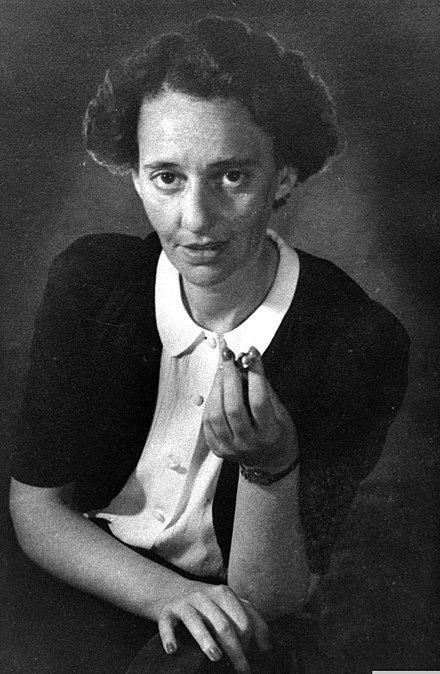 Leah Goldberg Street was named after a Lithuanian woman who had a love for the Hebrew language from a young age. She became fluent in seven languages which led her to a career as a literature translator.

Goldberg is most known for her children’s literature, specifically her poetry, some of which has been put to music. She earned the Israel Prize in 1970, following her death from cancer at age 58. One of her children’s books, Room for Rent, is still popular in Israel today. 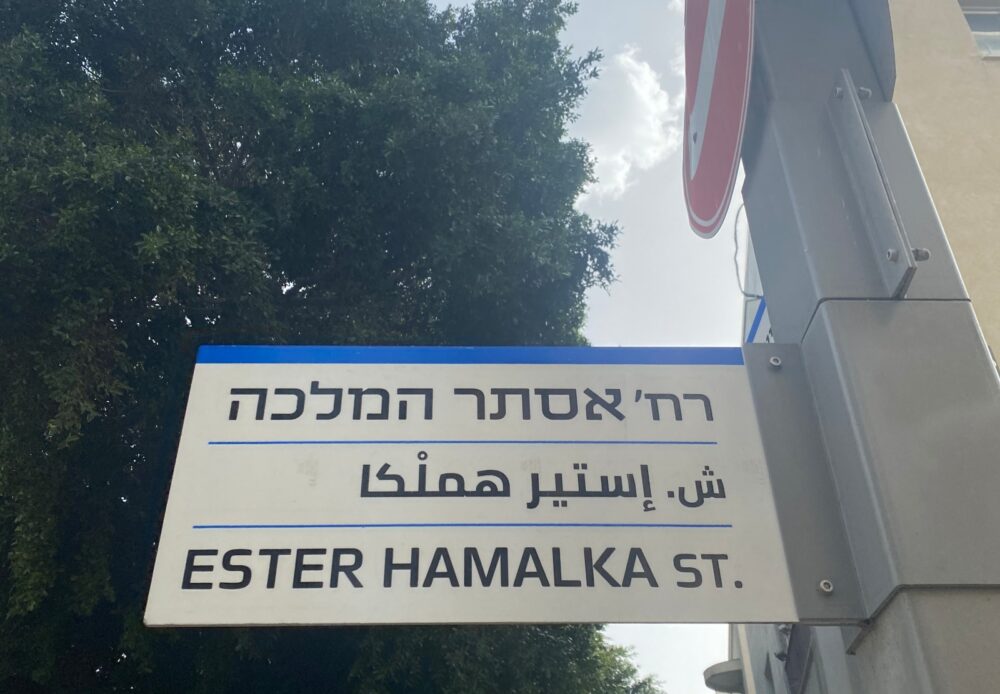 Ester Hamalka Street, known in English as Queen Esther Street, was named after the famous Jewish leader Queen Esther of the Persian Empire. She is known for her significant role in the holiday of Purim and is one of only two women after whom a book of the Bible was named.

The street embodies her royalty in its elegant simplistic buildings and luscious greenery. Unlike most of the apartments in Tel Aviv, the ones lining Ester Hamalka Street are tucked away in quietude with little pedestrian disturbance. However, they are still close to all the action of the city.

Named after King George V who reigned during the British Mandate of Palestine, King George Street is a well-known Tel Aviv spot due to its central location. 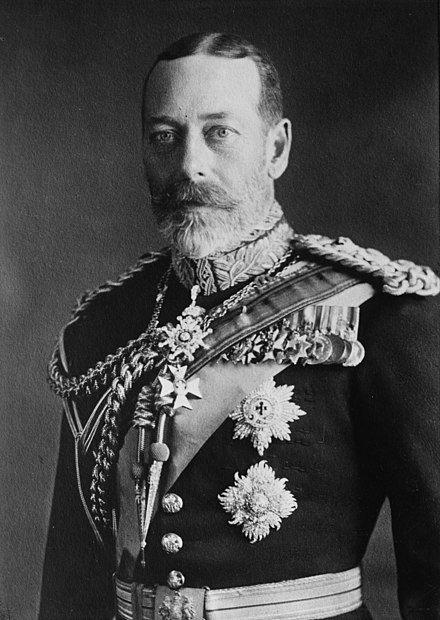 Originally known as Carmel Street in the 1920s after Carmel Market, it was changed to King George Street in 1935 to mark the occasion of the king’s silver jubilee. However, Carmel Market still remains an integral point of attraction for this city, and people from all over Israel go there to enjoy authentic Israeli food and some of the freshest fruits and vegetables around.

Many of the buildings on this street are in Bauhaus style, an iconic architectural movement that originated from German-Jewish immigrants in the 1930s.

King George Street is a more affordable option than Rothschild Boulevard. Although rather crowded with people either passing by or visiting the hip new cafes and trendy boutiques, King George Street has a friendly vibe. 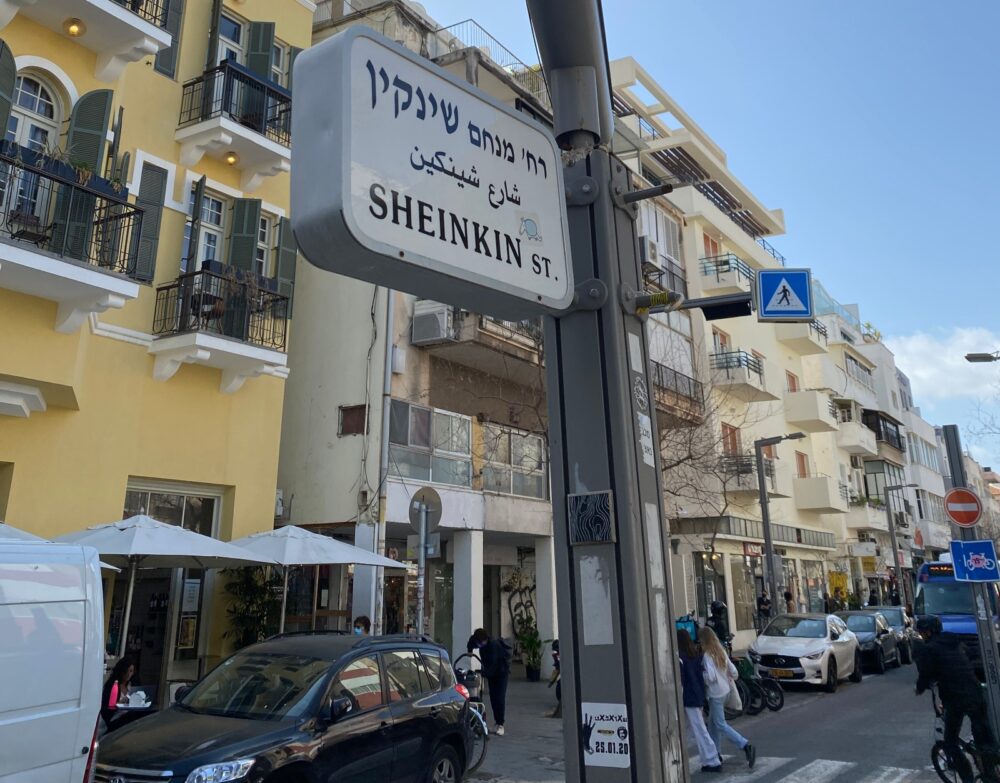 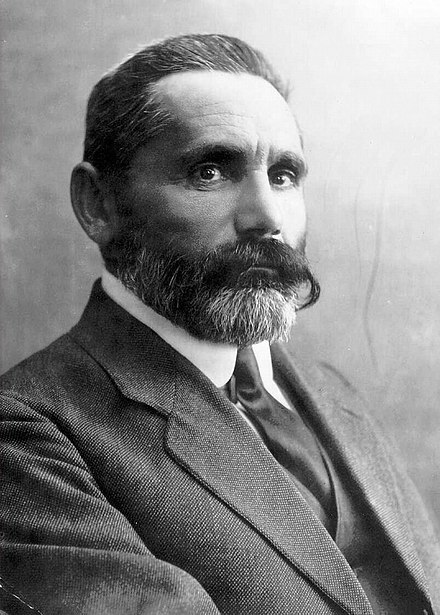 Menahem Sheinkin, one of the founders of Tel Aviv. Photo via Encyclopedia.com

Sheinkin Street was given its name in 1925 in honor of Menahem Sheinkin, a Zionist who helped to found Tel Aviv in 1909 and supported the integration of artisans as valued pioneers.

Many of the buildings on this street were built in the 1920s in the International (Bauhaus) style.

During the 1980s, many of Tel Aviv’s alternative music, theater and dance groups began their careers as street performers on Sheinkin Street. They helped turn this into one of the liveliest streets on Tel Aviv, hosting some of Israel’s most unique designers and modern bites to eat.

From insane bakeries to custom jewelry shops, you can be sure to find what you’re looking for. But just a fair warning: There are always people crowding this narrow street, especially over the weekend, so be prepared for some jostling!

UNCOVER ISRAEL - Get the ISRAEL21c
Weekly Edition free by email
Sign Up Now!
Bring Israel's story to life.
Millions of people around the world rely on us to gain a deeper understanding of Israel. We are the trusted source for original content you won't find anywhere else.
You can make a difference. Donate today to support journalism that brings Israel’s story alive.
SUPPORT ISRAEL21c
Read more on:   Culture, Travel, Tel Aviv, Dizengoff Street