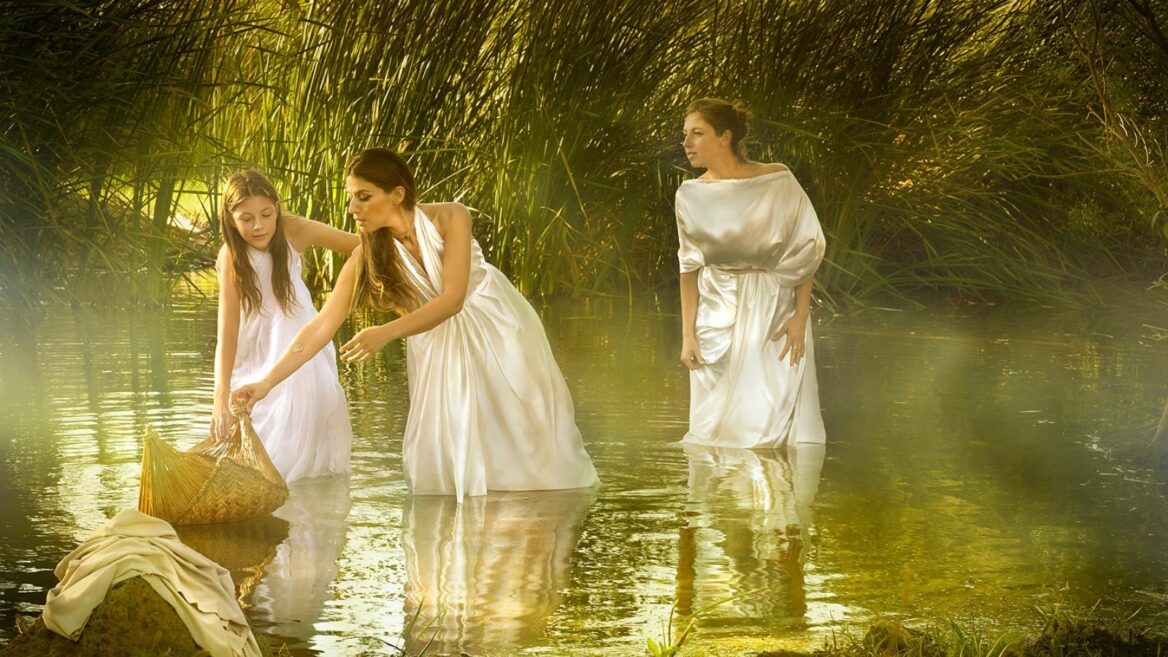 Moses, Aaron and Pharoah are the leading men in the drama of the Israelite slaves’ miraculous liberation from Egypt, celebrated during the Passover holiday.

Biblical storytelling photographer Dikla Laor brings to life these “she-roes”– and more than 90 other women in the Hebrew Scriptures, from Ahinoam to Zeruah — in her unique coffee-table book, Women of the Bible in the Golan Heights.

“I use the camera as a paintbrush to tell their stories. I’m always saying if I knew how to paint, I wouldn’t use the camera,” Laor tells ISRAEL21c.

Featuring 180 pages of photos shot near her home in Israel’s Golan Heights, the book depicts Laor’s female friends and relatives reenacting scenes in the ancient text.

“Some people say that the Bible doesn’t give enough place to women, that most of the stories are about men,” Laor says.

“I actually see it differently. Even though the women have small parts or don’t have much text to describe them, you will see that what they say and what they do affects the future, affects the kings, affects us.”

Jocheved, mother of Moses, Aaron and Miriam, set the Passover story in motion by putting baby Moses in a basket in the Nile bulrushes rather than surrendering him to Pharaoh’s cruel decree to drown all male Israelite infants. 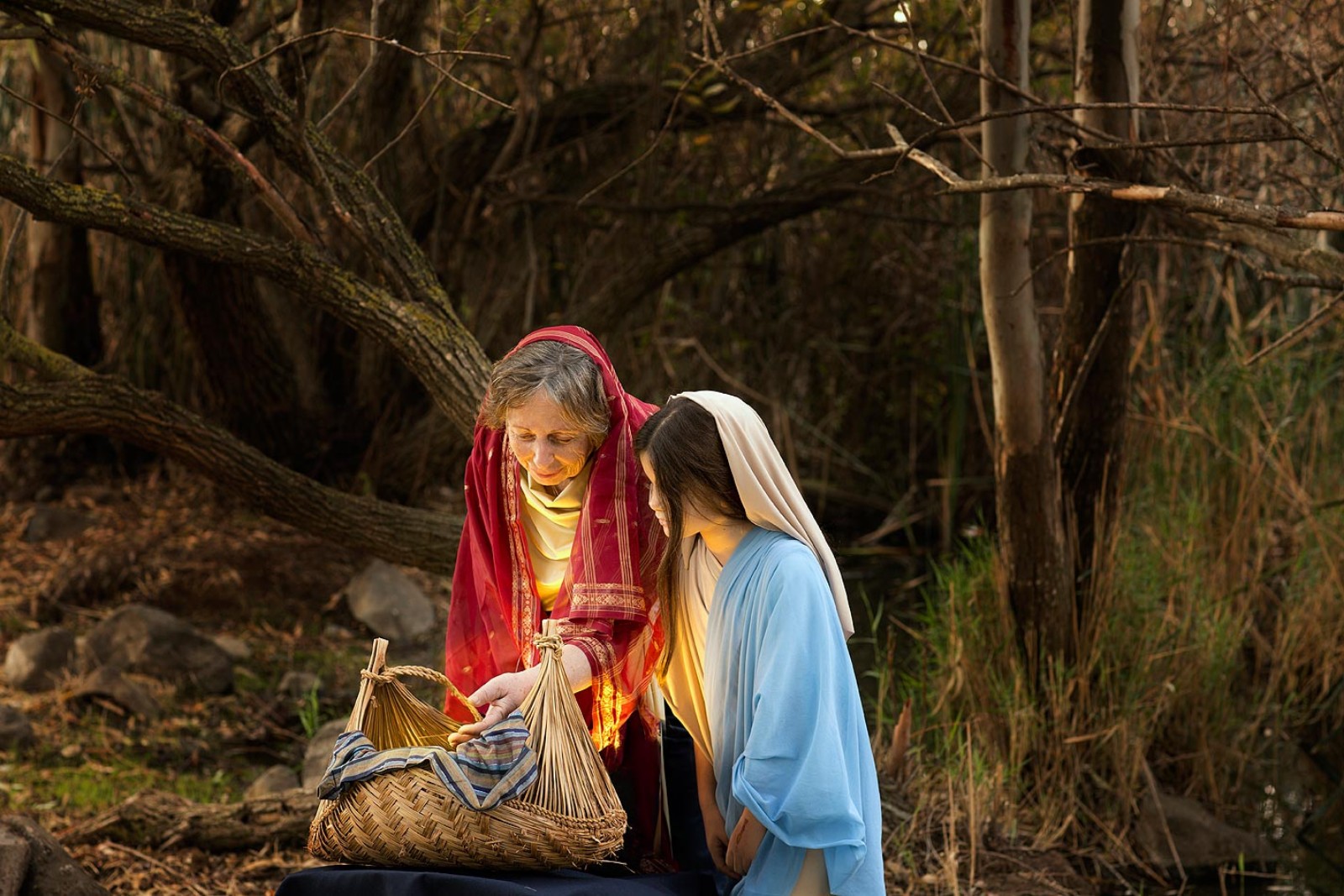 Pharaoh’s daughter saved and adopted the boy, while Miriam bravely stepped in to suggest Jocheved as a wet nurse. Later, Miriam led the liberated slave women in song after the parting of the sea. 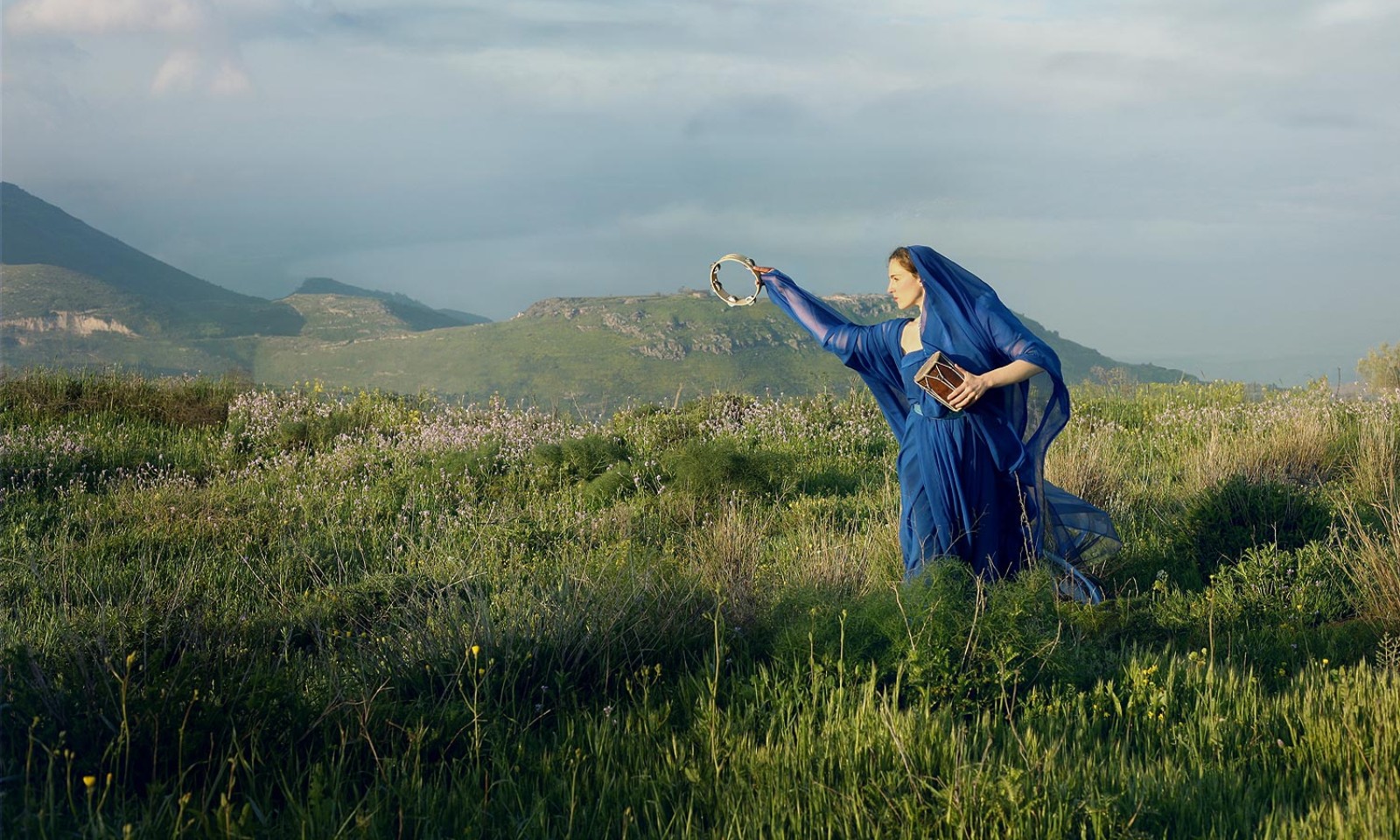 This picture illustrates verses from Exodus 15: “Miriam the prophetess, Aaron’s sister, took a tambourine, and all the women followed her with tambourines, dancing. Miriam led them in singing, sing to God— what a victory!” Photo © Dikla Laor

Moses’ wife, Zipporah, took bold action that enabled her husband to return to Egypt and lead his people into the promised land. 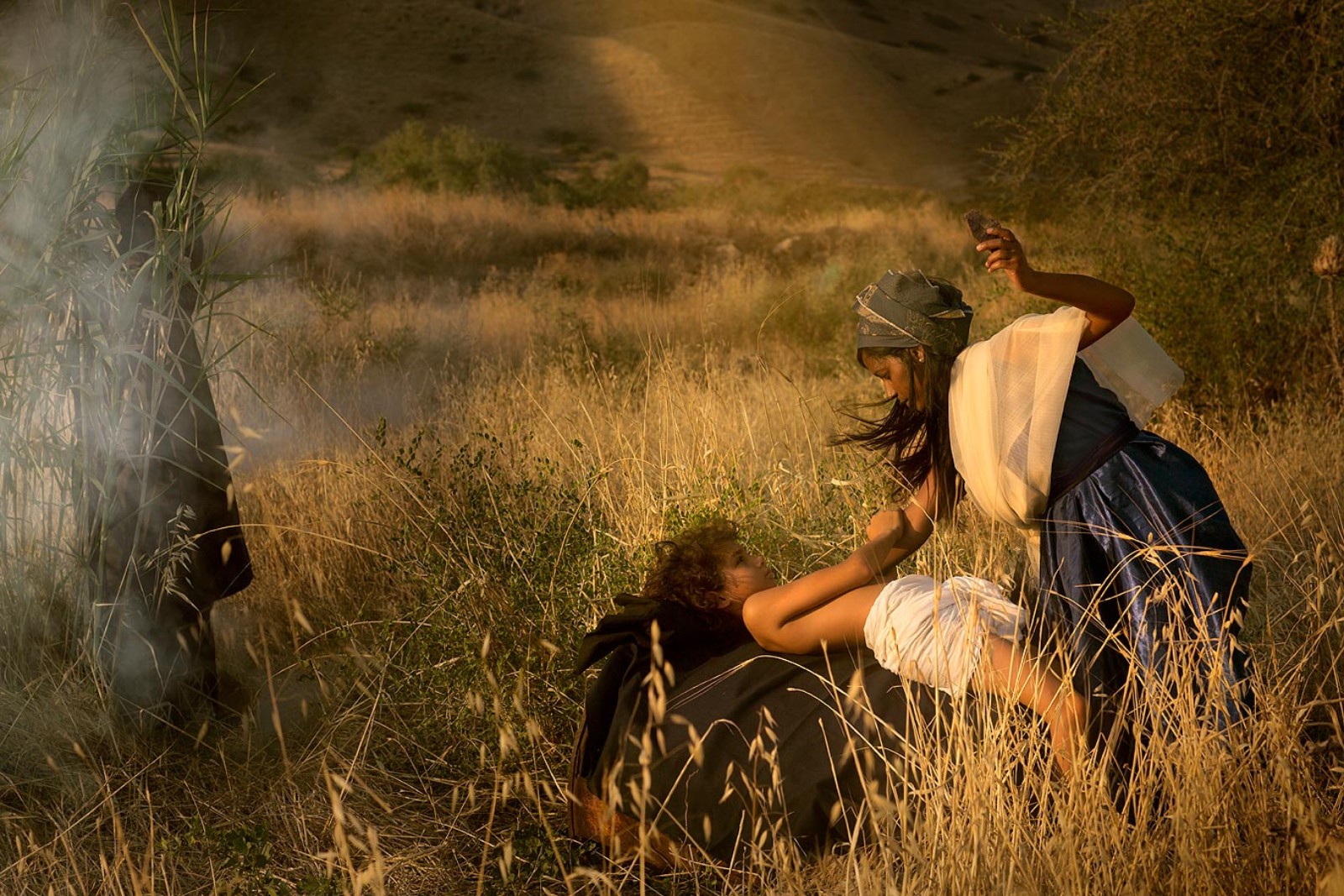 Zipporah circumcising her son on the way to Egypt (Exodus 4:25). Photo © Dikla Laor

“These women pulled the strings exactly the way they wanted. They made history as we know it today,” says Laor.

Not all the women depicted in the Bible – and by extension, in Women of the Bible— are as virtuous as those four.

The evil Queen Jezebel and the scheming seductress Delilah have their place in the book alongside respected foremothers and prophetesses and nameless characters such as the wives of Noah’s sons. 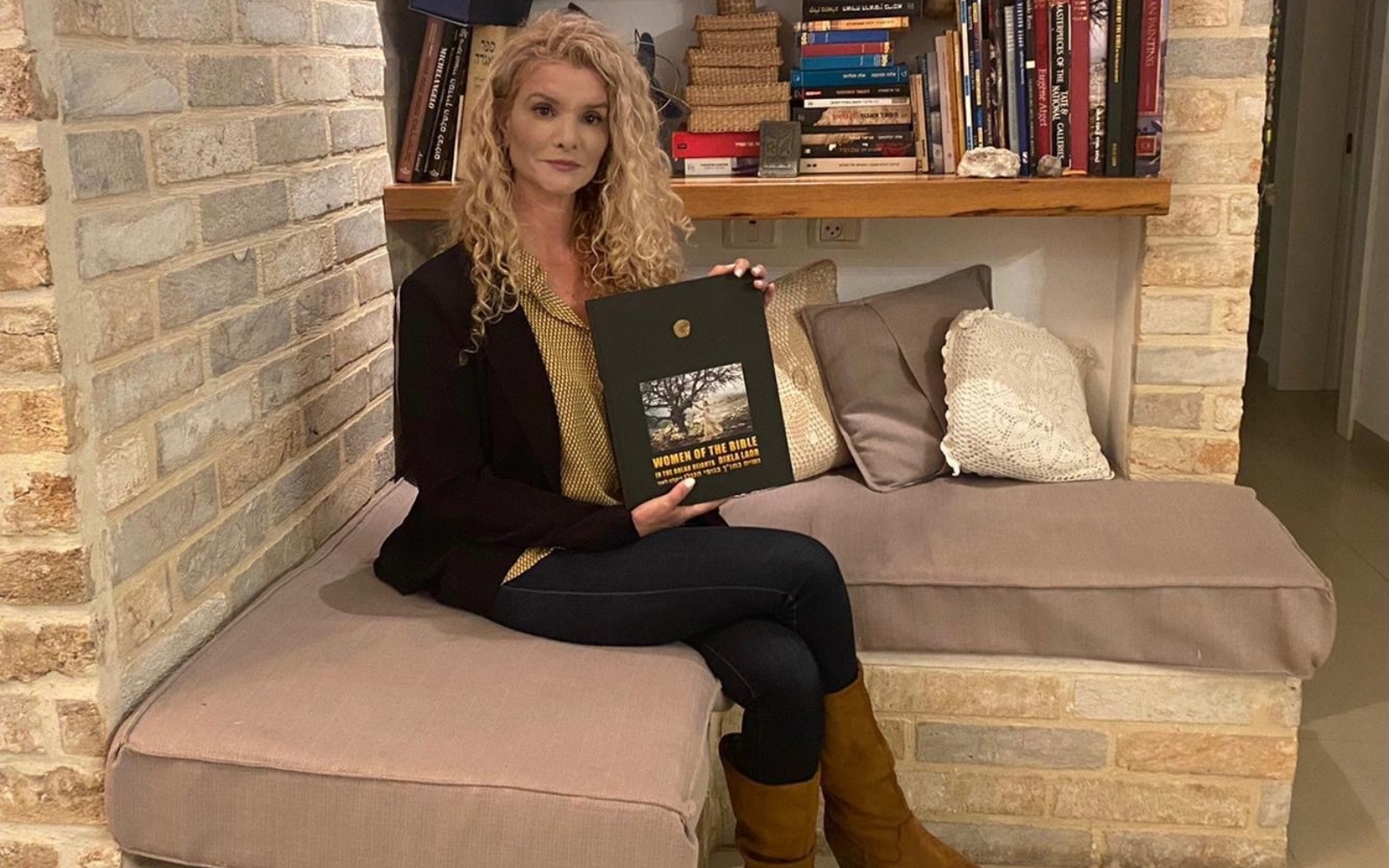 Dikla Laor with her book, “Women of the Bible in the Golan Heights.” Photo courtesy of Dikla Laor

Laor chose the Golan Heights as her backdrop because “the views here are very untouched, very Genesis like, very wild,” she says.

Many of the photoshoots are quite challenging, especially those with animals.

Showing Eve at the cusp of her downfall in the Garden of Eden, for example, necessitated a snake. Laor found a man who owned a 155-pound (70-kilo) python. 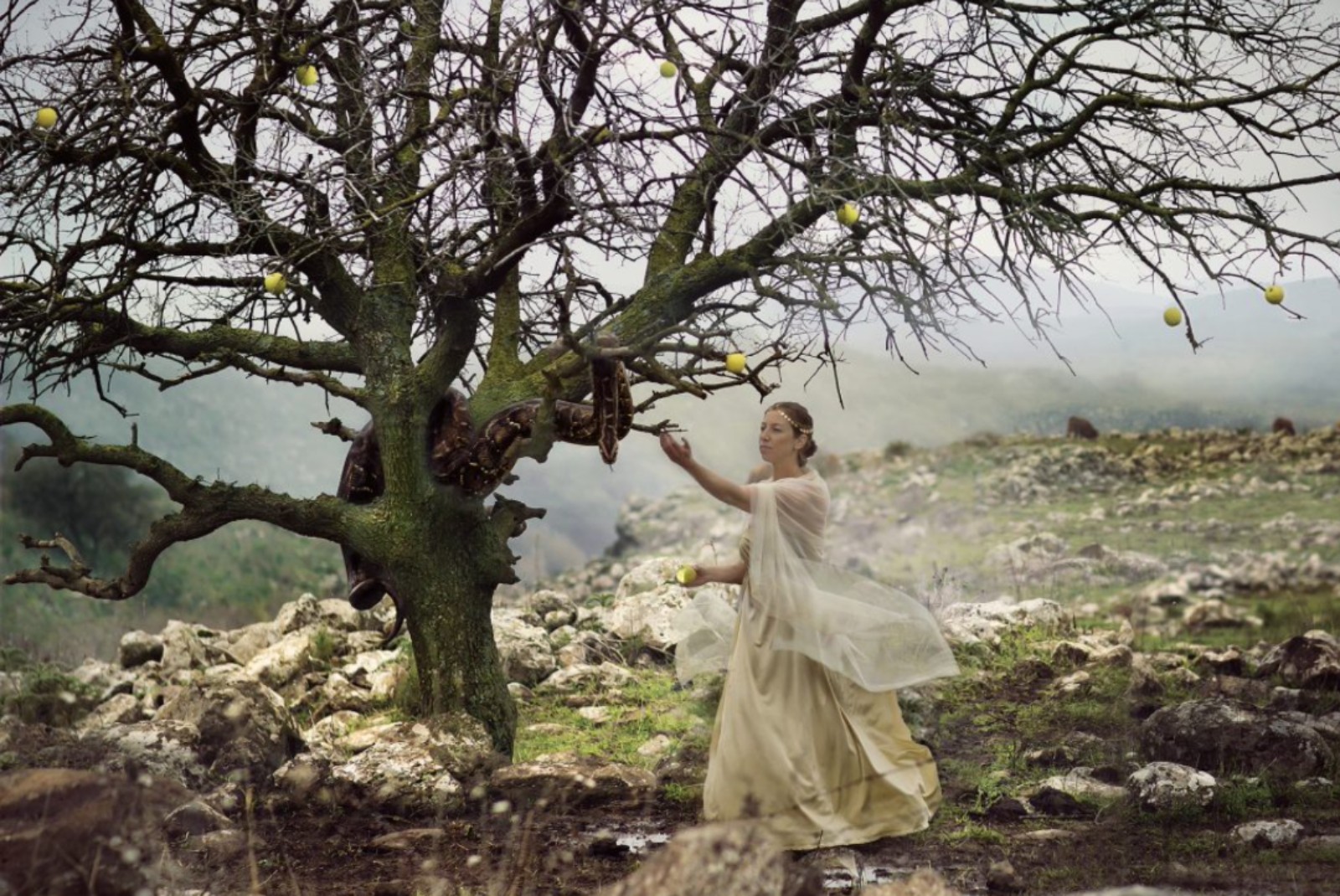 Eve in the Garden of Eden, with a 70-kilo python. Photo © Dikla Laor

“I wanted to take that picture at Gamla by the three waterfalls, but they wouldn’t let me into a nature reserve with the snake and we had to look for another location,” she relates.

“Then, the person who brought the snake turned out to be sick with cancer and as he carried the snake to the location he would take four steps, lie down to rest, and take another four steps. He wouldn’t give up or let anyone help him. Once the snake was put in the tree, it didn’t move so it was like the scene was designed for that python.”

Then there was the photoshoot showing Abigail, wife of the wicked Nabal, taking a tray of fruit and vegetables to the future King David and his soldiers. “The donkey wanted to eat them all,” Laor recalls. 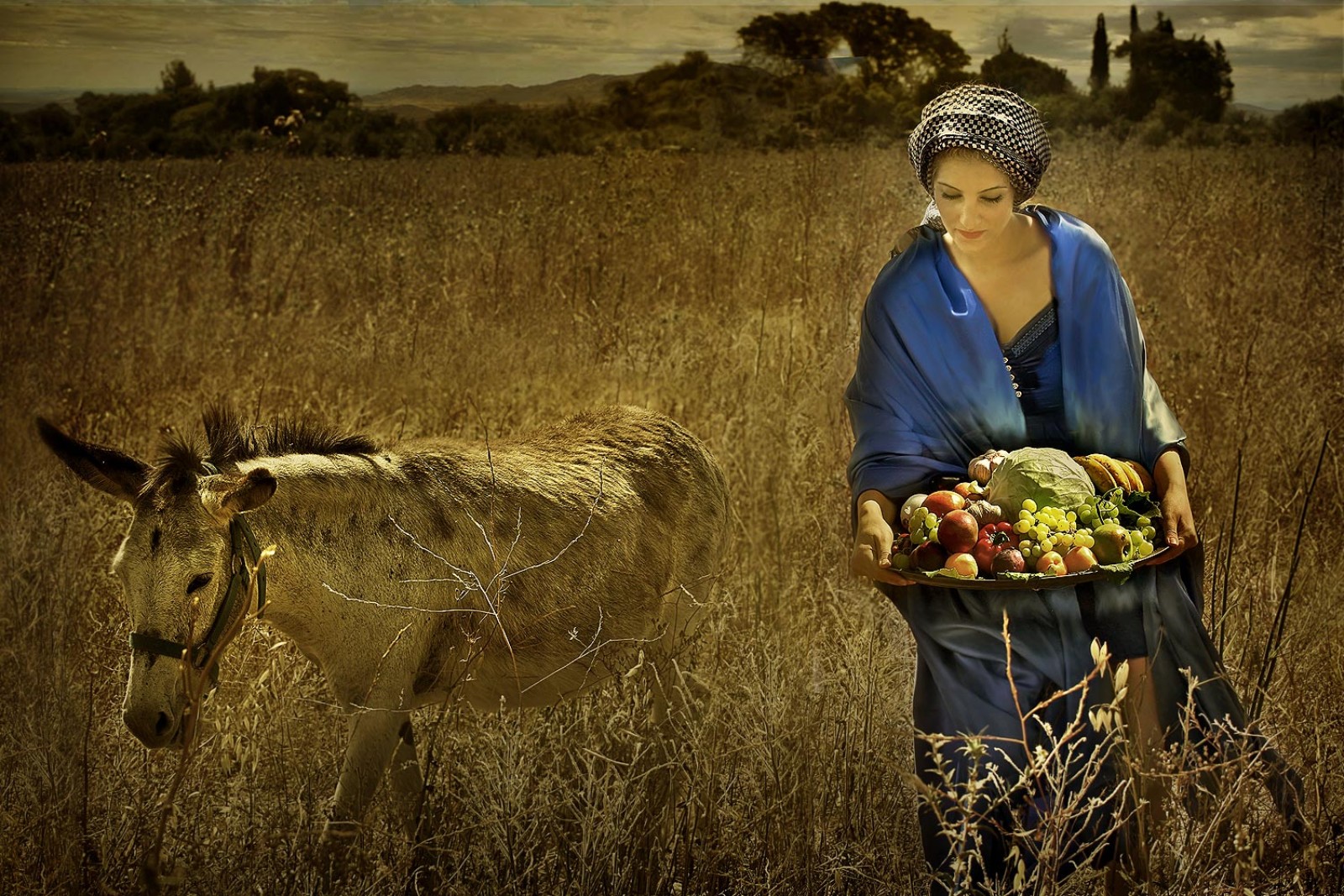 Laor began this ambitious project in 2003 and released the first edition two years ago with 42 photos. The recently published second edition has 25 additional photos and all the text in both Hebrew and English. Another edition is on its way within two years.

“I’ve already taken photos of 94 biblical characters, with 80-something pictures in total. My goal is to picture all the women in the Bible, so I have many more years to go.” 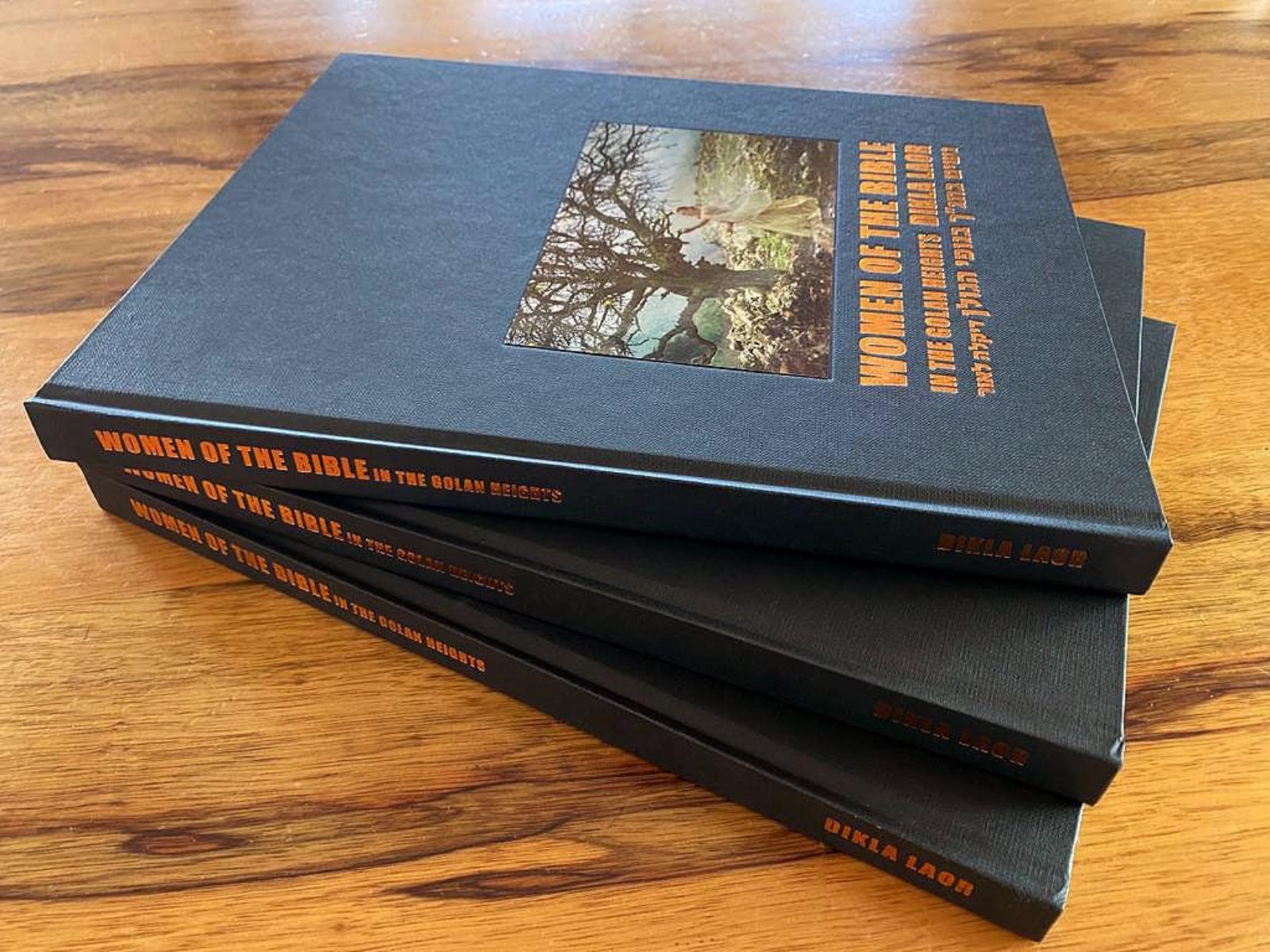 “Women of the Bible in the Golan Heights.” Photo © Dikla Laor

Laor never studied photography. She owns web design and development company Webtopus and is a master’s student in biblical studies at the University of Haifa.

The mother of three spends months researching each female character before visualizing the final frame, sewing the costumes, building props and even doing her models’ hair and makeup.