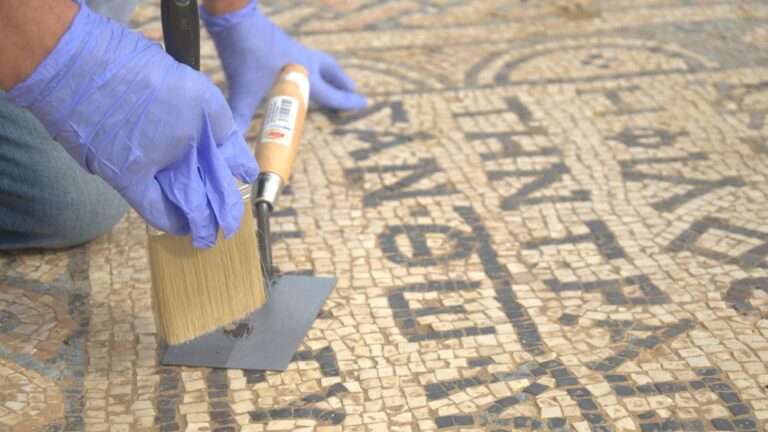 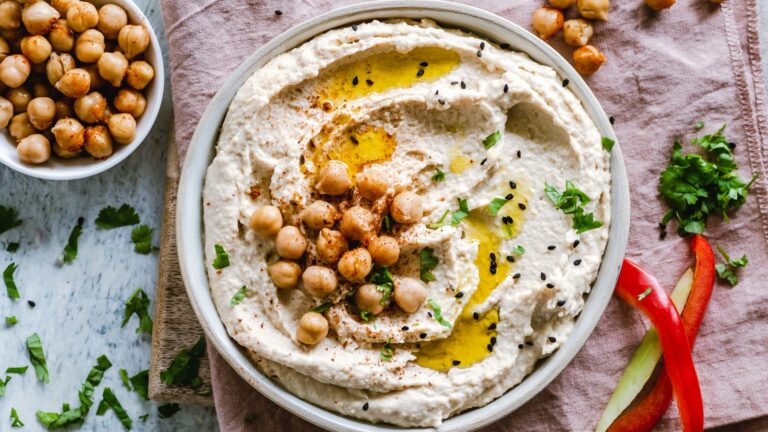 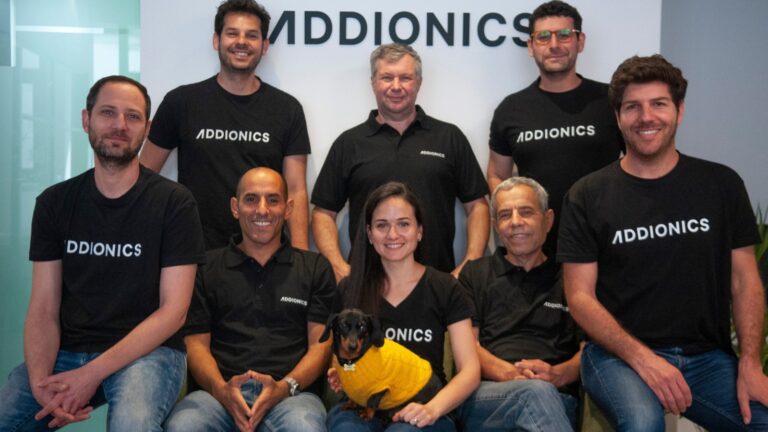 A month-by-month compilation of our most interesting, informative, and popular articles of the past year.

Israel is an archeological marvel, with ancient artifacts and stunning historical sites being discovered all the time. With so much biblical history, it’s no surprise that our readers love these stories. At the start of the year we put together a story on some of the beautiful mosaics you can find here. Read the story here.

It was such a success we followed up with another story on modern mosaics later in the year. Read the story here. 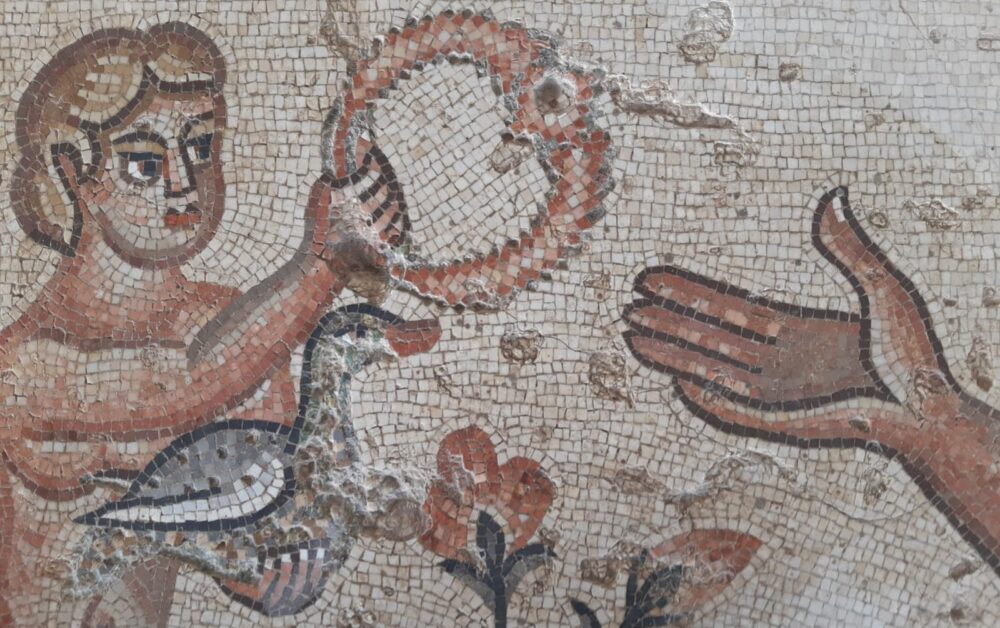 February 2021: Has Israel just found the cure for Covid?

In February, news emerged about two new treatments for Covid-19 that showed great promise in small clinical trials. EXO-CD24, an experimental inhaled medication, cured all 30 moderate-to-severe cases in a Phase I clinical trial.  In a Phase II trial, 16 critical and severe patients received an experimental medication called Allocetra and 14 of them recovered and were discharged after around five days.

Very early stages yet, but certainly of interest as the world looks for solutions to Covid. Read the story here. 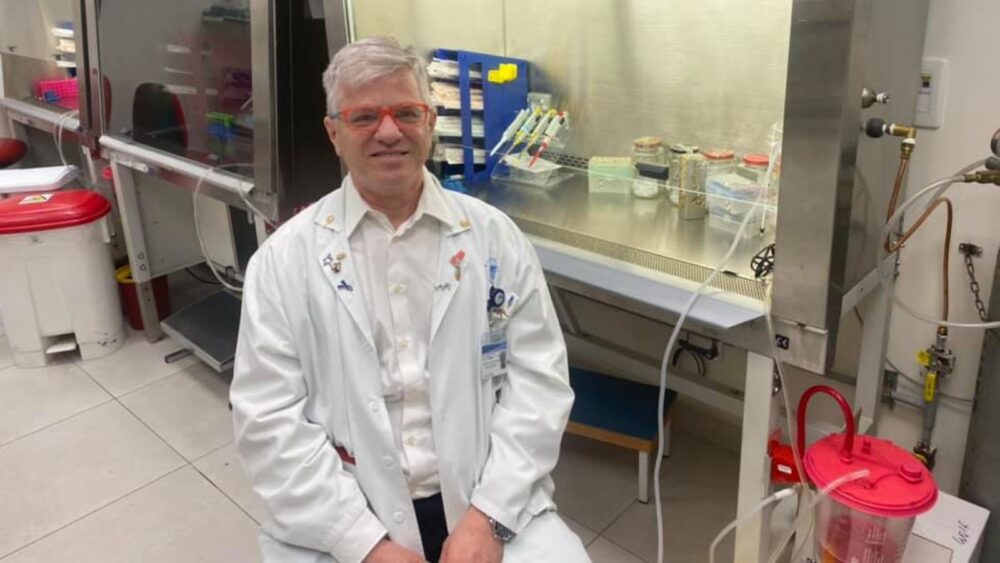 March 2021: 12 of the most beautiful secret spots in Israel

Tourists may not have been able to travel to Israel this year, but that didn’t put anyone off from daydreaming about the moment they could return. For armchair travelers everywhere, we put together some of our favorite secret spots around the country where visitors could enjoy a bit of unusual seclusion in this tiny little country. Read the story here. 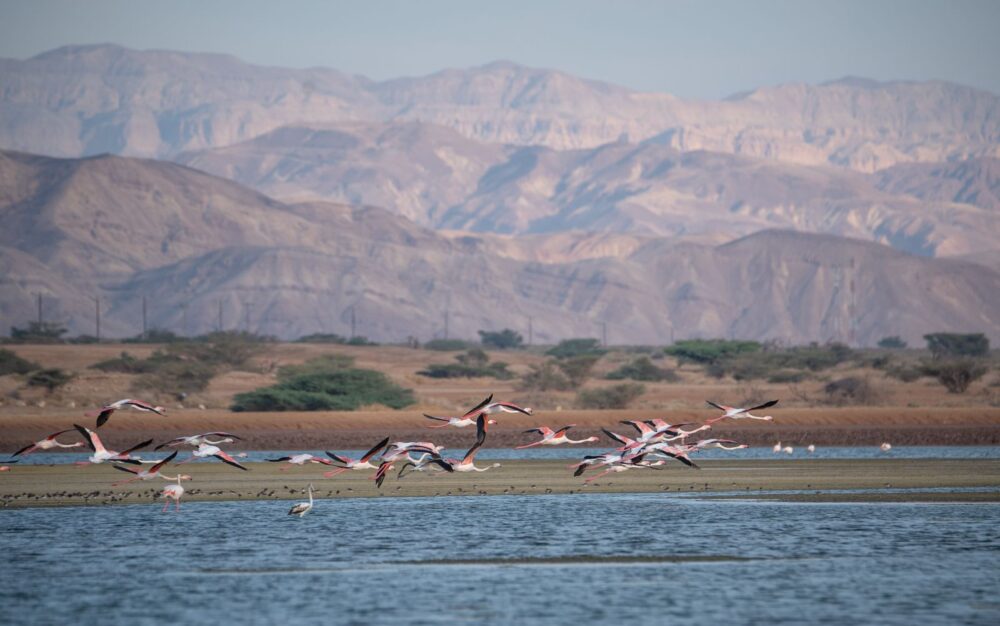 A flock of flamingos rests at the evaporation ponds near Eilat. Photo by Mila Aviv/Flash90

One of our most popular stories this month was our special Independence Day celebration of Israel’s 73rd anniversary – 73 fun facts about Israel. Did you know, for instance, that Israel has the highest number of altruistic kidney donations per capita in the world? Or that the oldest tree in Israel is thought to be around 1,500 to 2,000 years old? Or that Israel has its very own Stonehenge? Find out more and read the story here These days, it’s impossible to ignore the climate crisis, or the need to clean up our world. This story struck a chord with readers for just that reason. In the United States alone, 1.6 billion tires are manufactured annually, and 290 million tires are discarded. It’s the world’s largest source of waste rubber. What to do? Israeli company EcoTech Recycling has developed a thermodynamic process that turns waste rubber into a nontoxic synthetic material for new tires, auto parts and insulation. Read the story here. 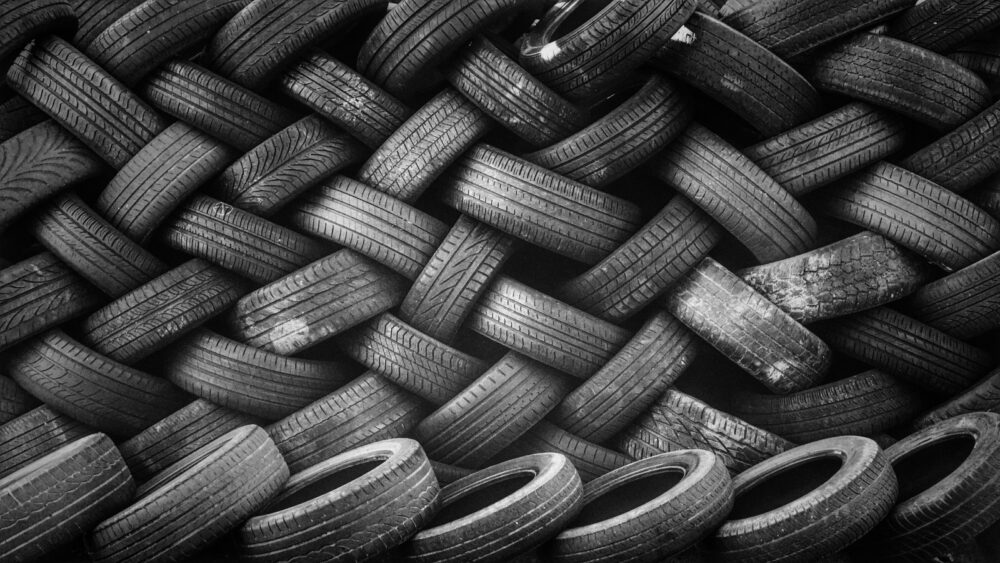 A tire graveyard. Photo by Imthaz Ahamed on Unsplash

With so much serious news going on around the world, sometimes it’s the lighter stories that people need the most. In this case, a robot that can paint and dry your nails in just minutes. A perfect antidote to all those heavy news stories. Read the story here. 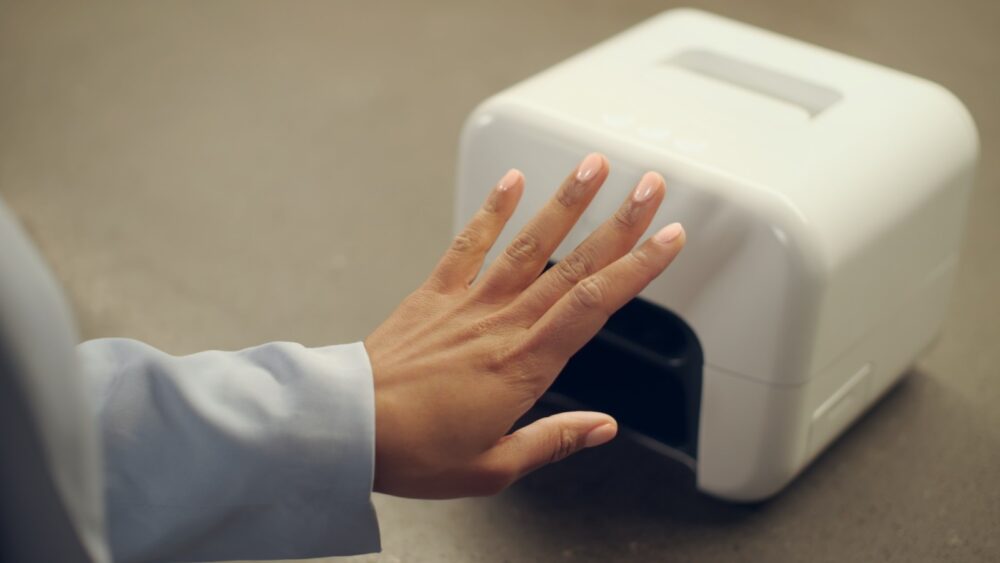 The Nimble machine does your nails at home, automatically. Photo courtesy of Nimble

July 2021: Covid and Pfizer, what has Israel discovered so far

How long do antibodies last, which patients get hit the hardest, how does the vaccine handle the Delta variant? We all have so many questions, and Israel, the world’s leader in Covid vaccination, has so many answers. We brought them together for you. Read the story here. 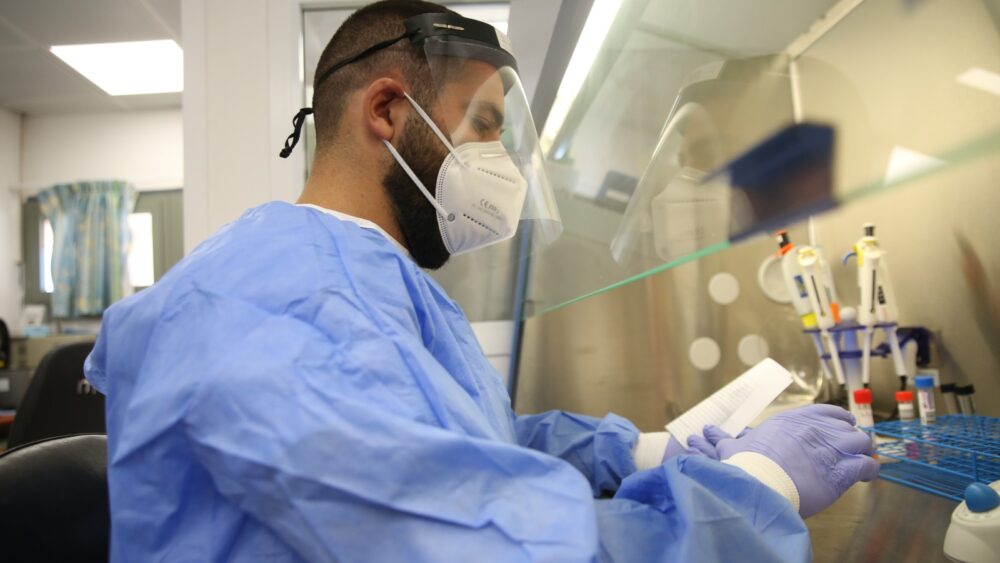 A technician carries out a diagnostic test for coronavirus at Ziv Medical Center in Safed. Photo by David Cohen/Flash90

In a follow-up to our widely read article on new experimental treatments for Covid in February, we went back to the developers to find out how things were progressing now with three potentially significant drugs: Allocetra, Opaganib and EXO-CD24. We will continue to follow their progress. Read the story here. 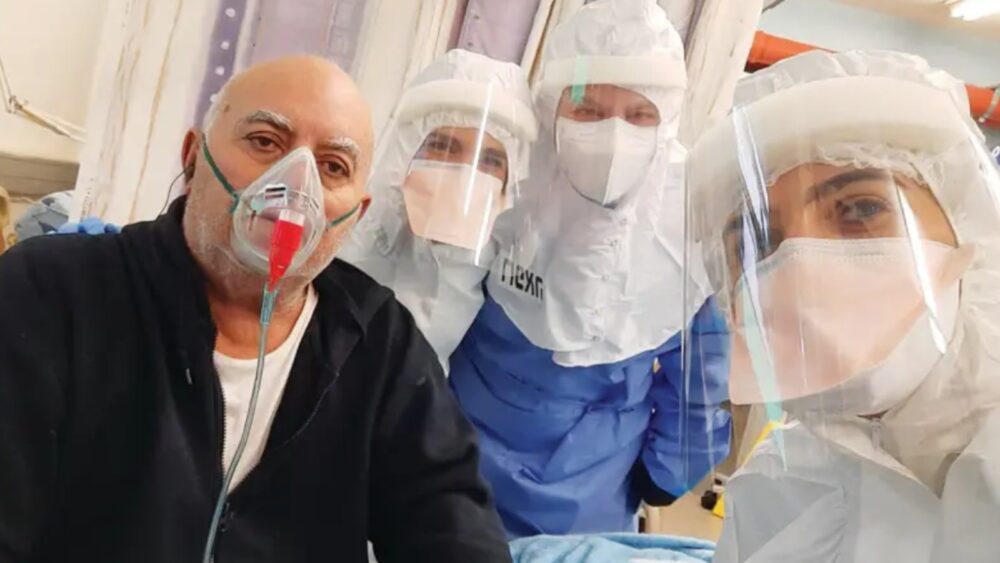 September 2021: A battery that aims to disrupt the history of battery technology

Battery technology hasn’t changed in 30 years, but one Israeli startup plans to shake up the status quo with an electric car battery that has longer range and faster charging. It was a story that captured everyone’s imagination. Read the story here.

Also in September we ran another popular story about 12 best hummus joints in Israel — proving that it doesn’t matter whether you can travel to Israel or not; everyone wants to know where to eat hummus.  Read the story here. 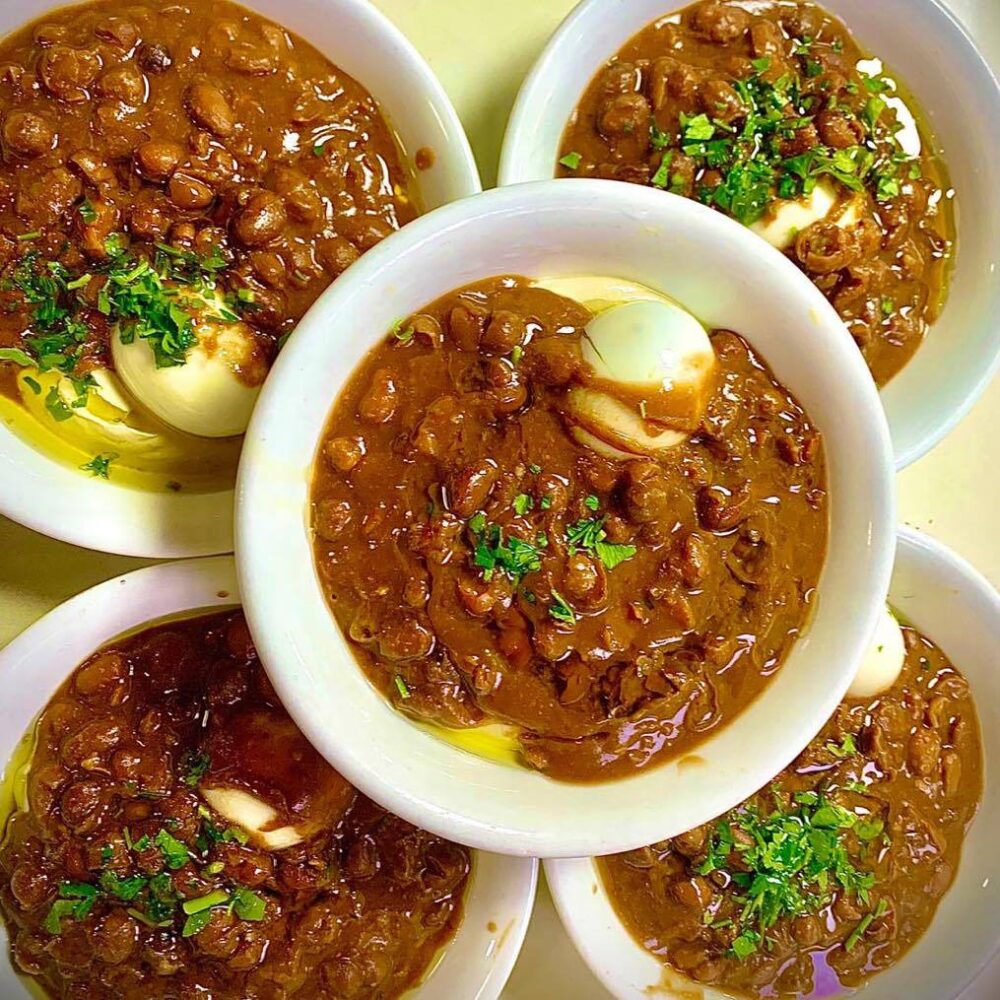 October is only halfway through, but so far the most popular story of the month is proving to be about an archeological discovery of a rare and — for those times anyway — luxurious toilet in a royal mansion overlooking the Old City of Jerusalem. Read the story here. 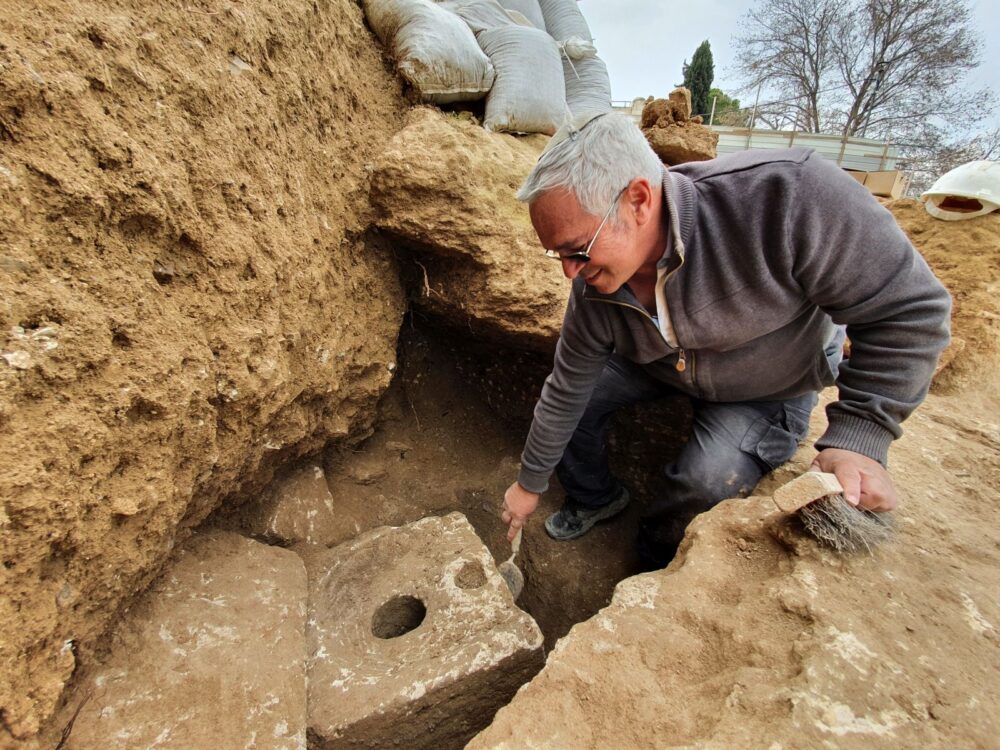 November 2021: Using Ice to store energy for the A/C

Storing solar energy between sunset and sunrise is a huge challenge. Israeli startup Nostromo Energy decided to meet it by using an unlikely substance: water.

Installed on the roof, basement or walls of commercial and industrial buildings, Nostromo’s modular IceBrick stores energy in ice capsules and directs it to commercial space cooling, which accounts for up to 45 percent of global power demand during peak hours. Read the story here. 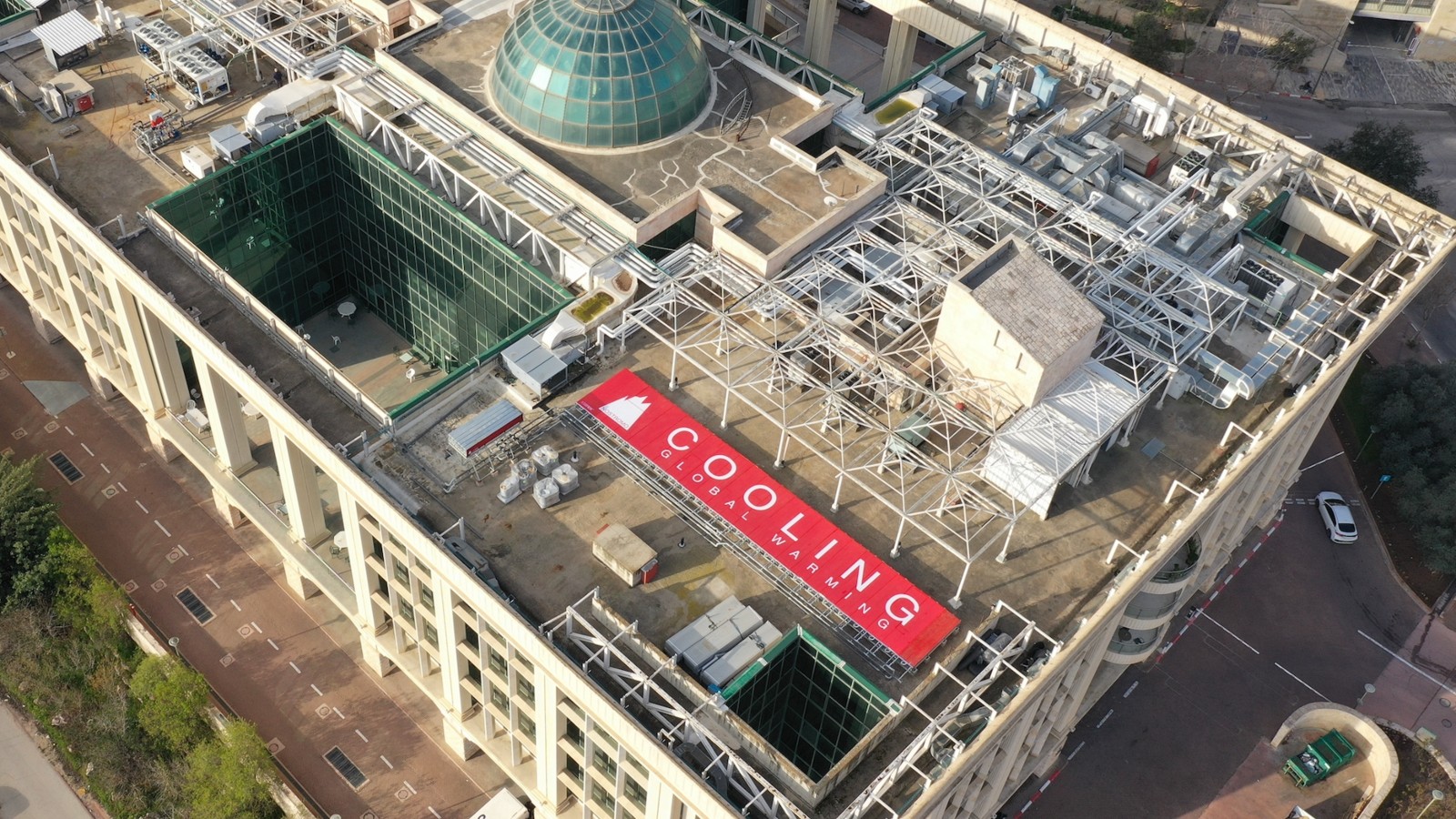 Nostromo’s system on the roof of Medinol in Jerusalem. Credit: Nostromo

Get the ISRAEL21c Weekly Edition free by email

We’re as passionate about Israel as you are! Support quality journalism