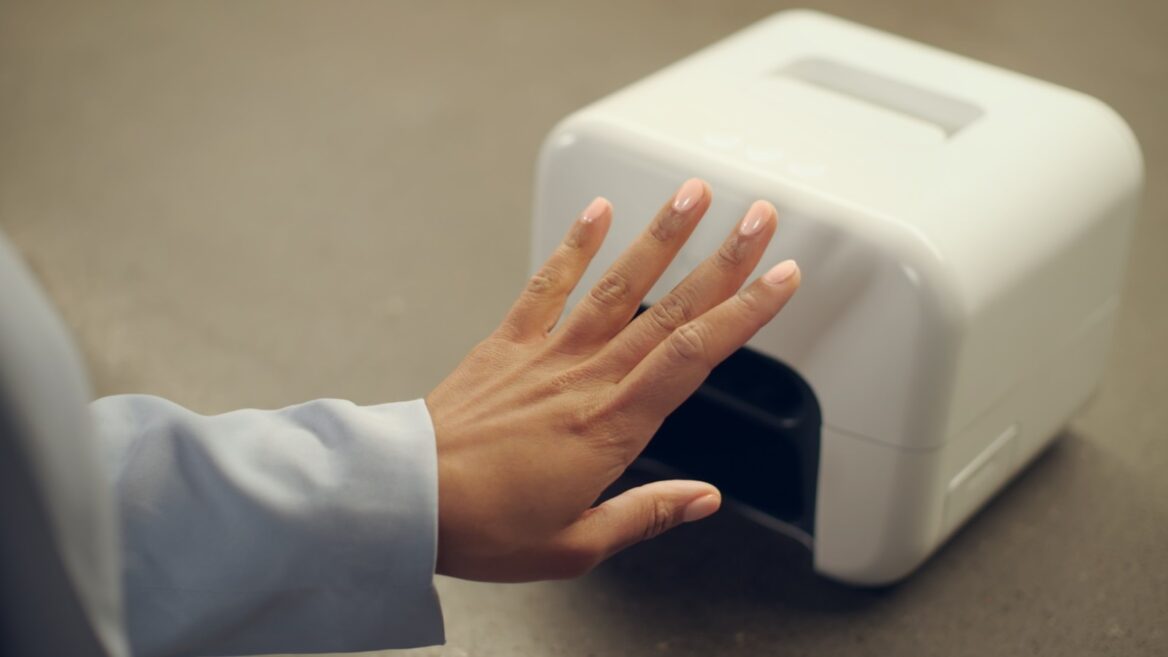 The Nimble machine does your nails at home, automatically. Photo courtesy of Nimble

His date was late. Waiting nervously, Omri Moran kept texting her to make sure she still intended to show up.

“She finally arrived, all apologetic. I asked her what happened, and she said, ‘You wouldn’t get it.’

“After we had some drinks, I brought it up again. And she explained that she was excited about our first date and went to the nail salon. By the time she got home, the manicure was ruined. She tried to fix it but didn’t have the right tools. And in the end, she came to the date with naked nails,” Moran tells ISRAEL21c.

That date led to two significant events in Moran’s life: He married the woman with the naked nails, and he recruited cofounders to develop an at-home automated nail-polishing machine.

The idea is simple, but the technology proved complex. It took these three seasoned entrepreneurs and their team almost five years to perfect the development of Nimble.

The unique product was launched in pre-order mode on Kickstarter and is expected to ship in October. As of this writing, 5,877 orders have been placed for the patented unit and polish capsules. 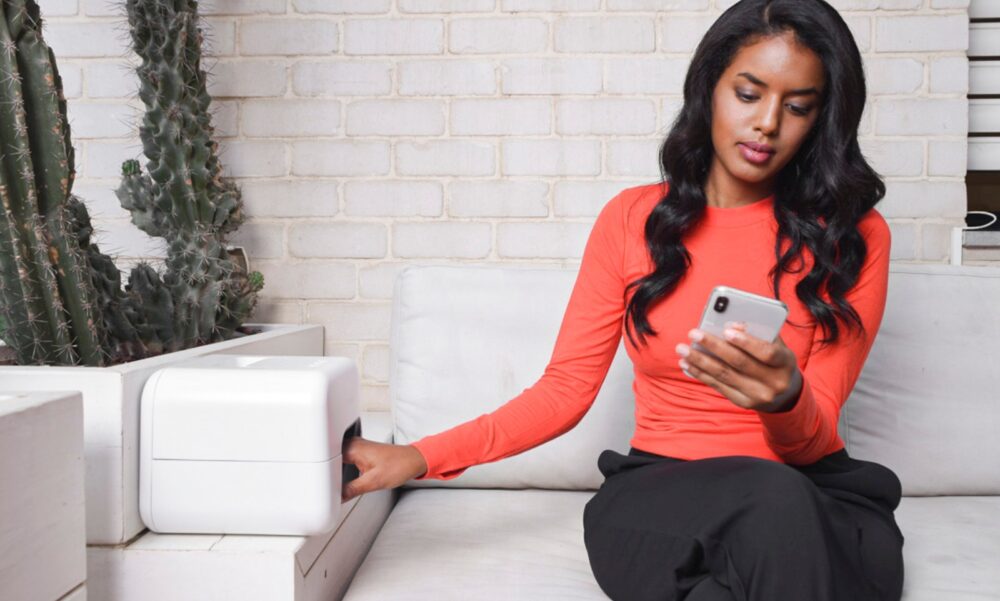 Nimble does your nails automatically. Photo courtesy of Nimble

One hand at a time

Here’s how Nimble works: The user inserts three capsules in the machine and then pushes the start button and puts her hand inside.

The robot completes each hand – fingernails and thumbnails separately – in 10 minutes. Future iterations will likely accomplish the job even faster.

The unit is Wi-Fi and Bluetooth enabled, providing access to software updates for the machine such as nail art designs.

Suggested retail price for the unit is $399; each set of three polish capsules (30 shades available) costs $10 and covers up to three sessions depending on the length of the nails and the need for touchup. 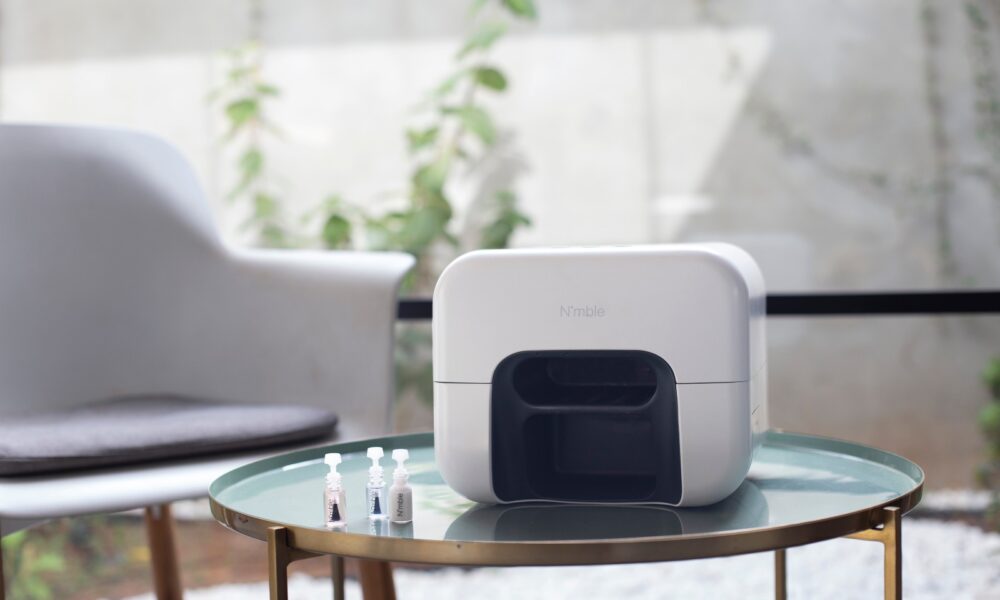 The Nimble machine works with three capsules of polish available from the company. Photo courtesy of Nimble

Moran and his cofounders didn’t launch on Kickstarter to raise money but to prelaunch Nimble. They already had $10 million in seed money from venture capitalists and angels including – among others — Entree Capital Fund, the LionBird Foundation and Nir Erez, cofounder and CEO of Moovit.

That’s partly because these entrepreneurs are known entities.

Moran, Nimble’s CEO, and Ron Miller, VP Technology, previously cofounded KitLocate, which was acquired by Yandex and led to the establishment of Yandex Israel five years ago under Moran as CEO and Miller as VP of R&D. The third cofounder, VP-R&D Avichai Mor-Yosef, spent a decade in R&D at HP subsidiary Indigo.

Investors saw that Nimble has the potential to disrupt a $120 billion market worldwide. In the United States alone, people spend some $12 billion on manicures, says Moran.

“One hundred million Americans paint their nails once a month, and 80 million once a week or every two weeks. And they can only do it at home if they have the right skills and supplies. In a salon, it takes more time and costs a lot,” he says.

“There was a clear problem here. Yet there was no technology to automate it. Technology is what we do.” 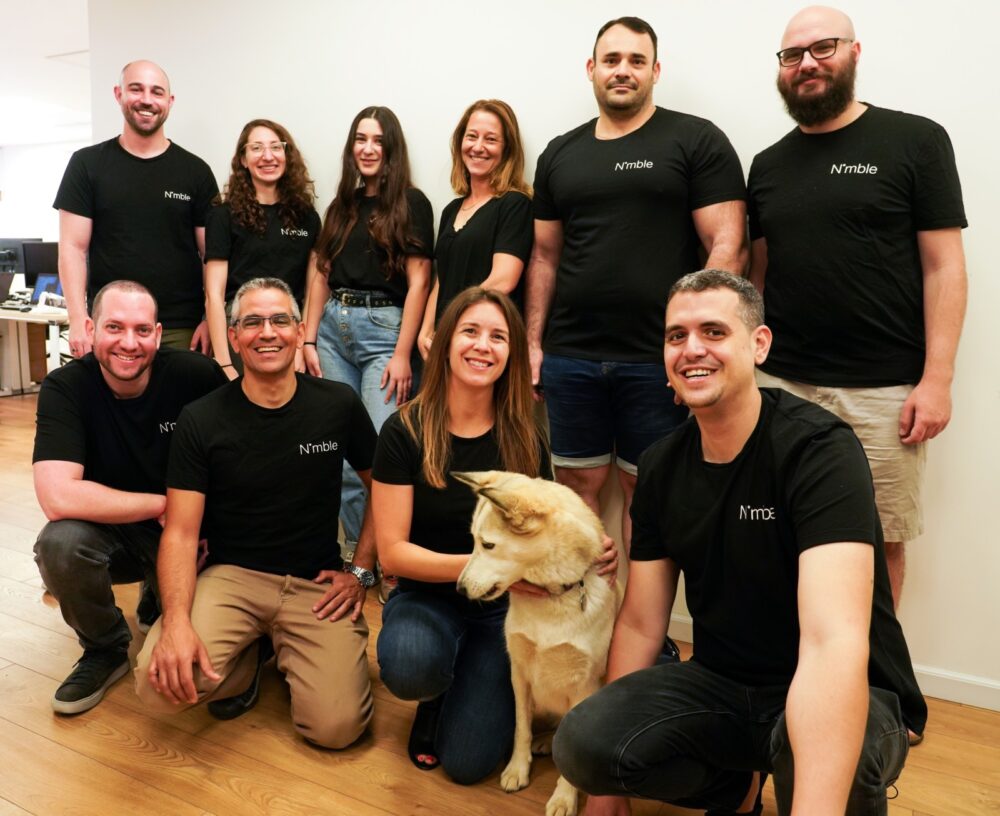 The company employs 12 people in its offices in Tel Aviv and New York, and is recruiting additional employees. All engineering and design work was done in Israel, while mass production will take place in China for the unit and in Europe for the polish capsules.

“Customers will be able to buy the device and the capsules through our ecommerce website,” says Moran. “At some point we may move on to Amazon and retail.”