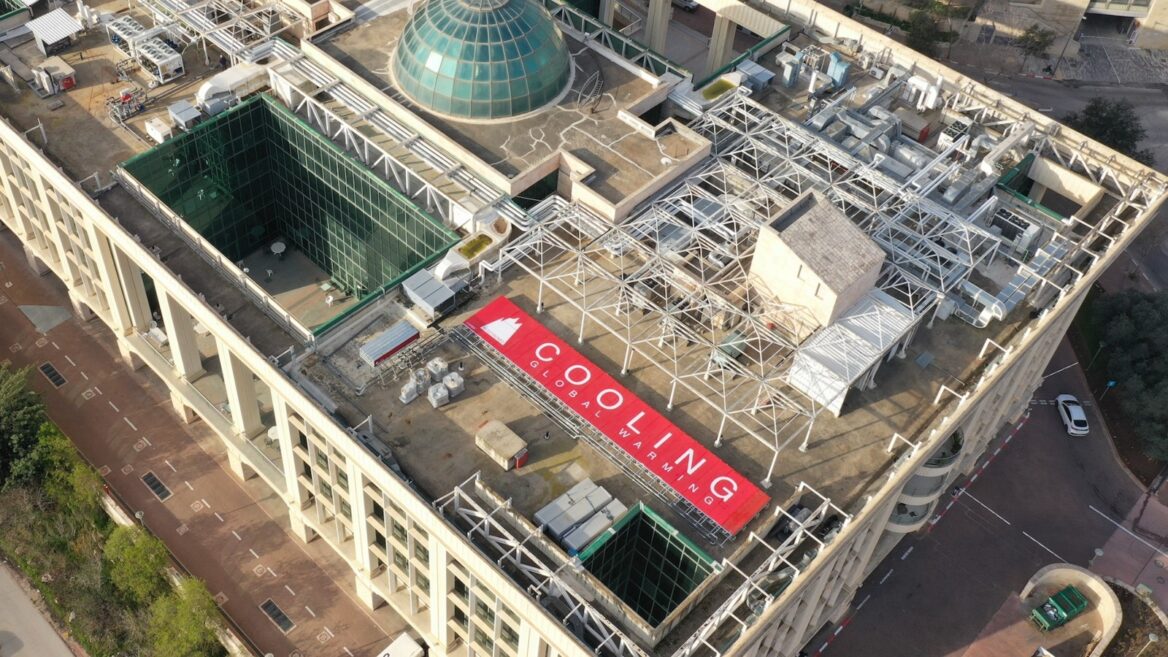 Nostromo's system on the roof of Medinol in Jerusalem. Credit: Nostromo

Storing solar energy between sunset and sunrise is a huge challenge. Israeli startup Nostromo Energy decided to meet that challenge by using an unlikely substance: water.

Installed on the roof, basement or walls of commercial and industrial buildings, Nostromo’s modular IceBrick stores energy in ice capsules and directs it to commercial space cooling, which accounts for up to 45 percent of global power demand during peak hours.

“But lithium ion cannot be a lasting solution for the grid because we’ll have mountains of lithium waste that is not easy to mitigate. We must have clean, sustainable technology.” 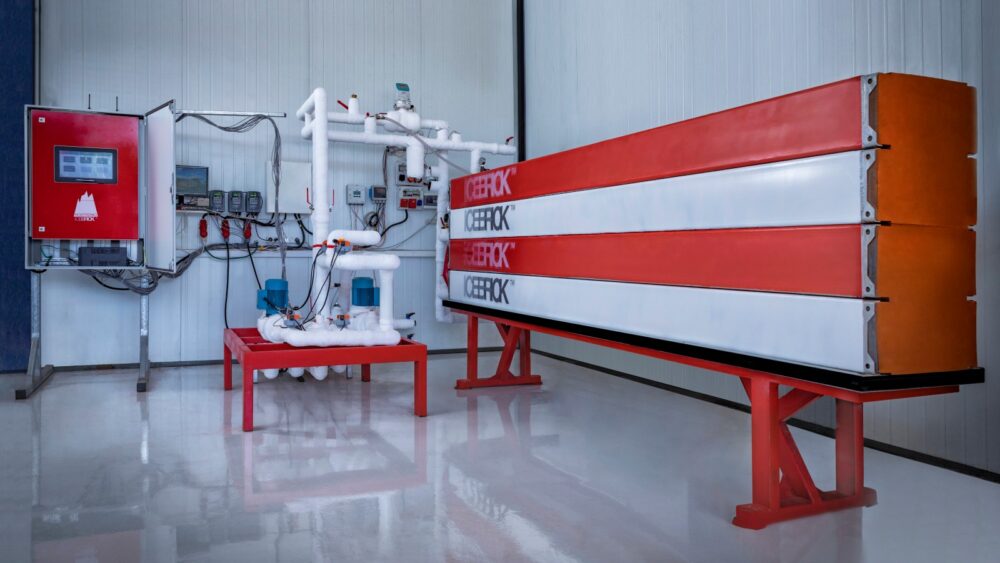 Ben Nun, a self-described “air-conditioning addict,” is a trained electrician with experience in energy management and conservation.

His research revealed that ice is a safe, effective material to hold energy. And it is sustainable, as the same water can be frozen and melted over and over.

“The grid loses multiple megawatts at sunset every day, and that demands huge amounts of storage. Just by freezing water, we can take care of 45% of the load on the grid,” says Ben Nun.

“I’m not the first to think of this idea, but you don’t see these systems everywhere because of poor engineering and performance, too large a footprint and an unattractive appearance,” he adds. 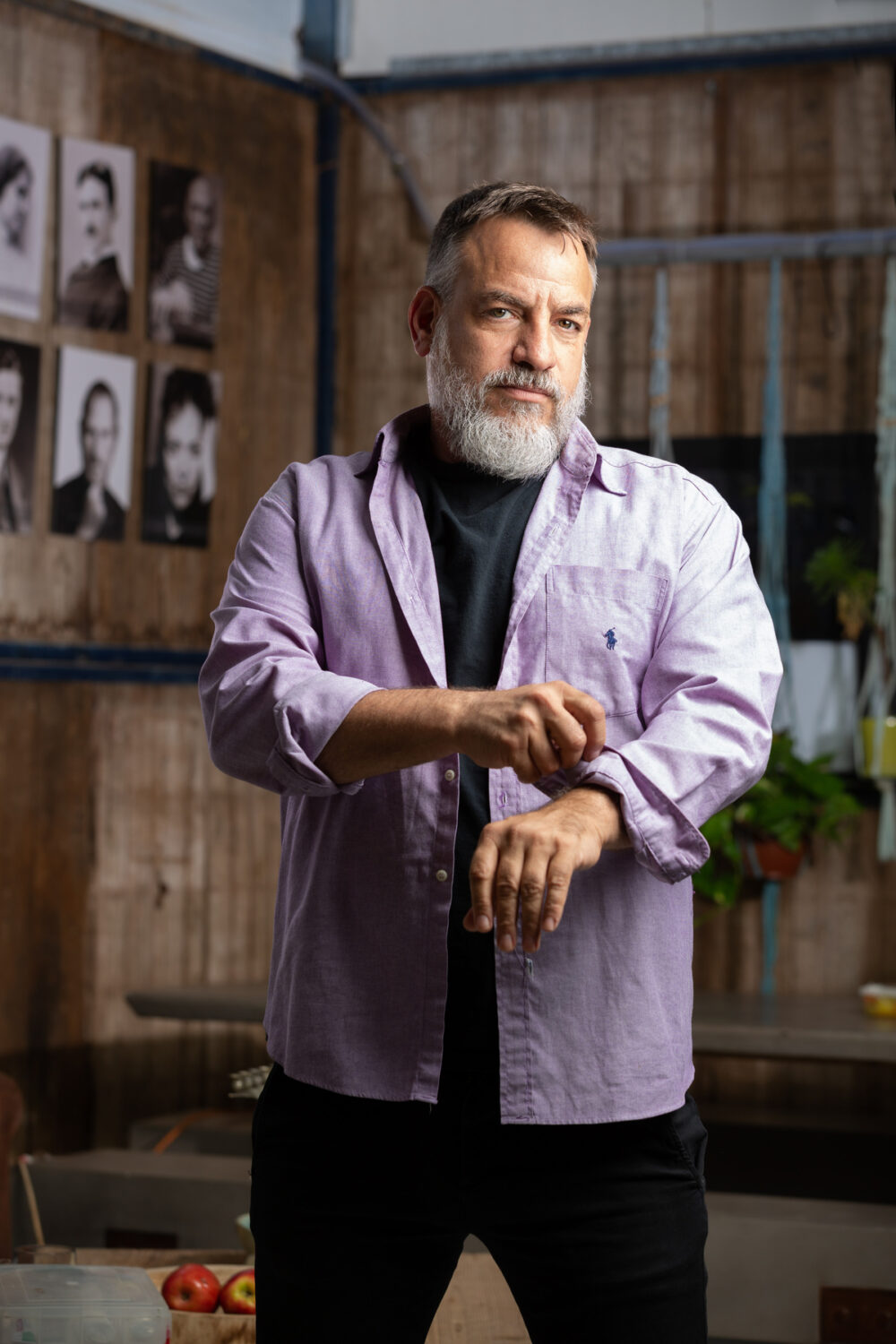 In 2016, Ben Nun got investments from family and friends and began development of a new energy storage cell for the commercial market that could overcome these drawbacks. “We designed a cell with high properties of efficiency, depth of discharge, and stability,” he says.

A designated chiller charges the IceBrick array by circulating antifreeze through it at minus 3 degrees Celsius. The chiller uses cheap or surplus electricity from the grid at off-peak hours or from renewable resources, Ben Nun explains.

Take a virtual tour of the system here.

“We are in a very strange and magnificent time, and we believe our technology is an essential tool for decision-makers to mitigate the huge challenges coming toward us,” says Ben Nun.

Pilot projects in US and Israel

Nostromo has R&D projects with Royal Dutch Shell and the Israel Electric Corporation, and partnerships with several American engineering companies.

In February, Mayo A. Shattuck III, chairman of American energy giant Exelon, announced a $500,000 personal investment in the Israeli company.

In April, Nostromo announced a 20-year agreement with the Hilton Beverly Hills to install a 1.5 MWh system serving both the Hilton and the adjacent Waldorf Astoria.

Ilana Shoshan, general manager of Nostromo’s US West Coast operations, explains that in California, “utilities are sometimes forced to initiate rolling blackouts, impacting hundreds of thousands of homes and businesses during peak summer hours. Wide deployment of Nostromo systems in commercial and industrial buildings can help prevent the phenomenon.” 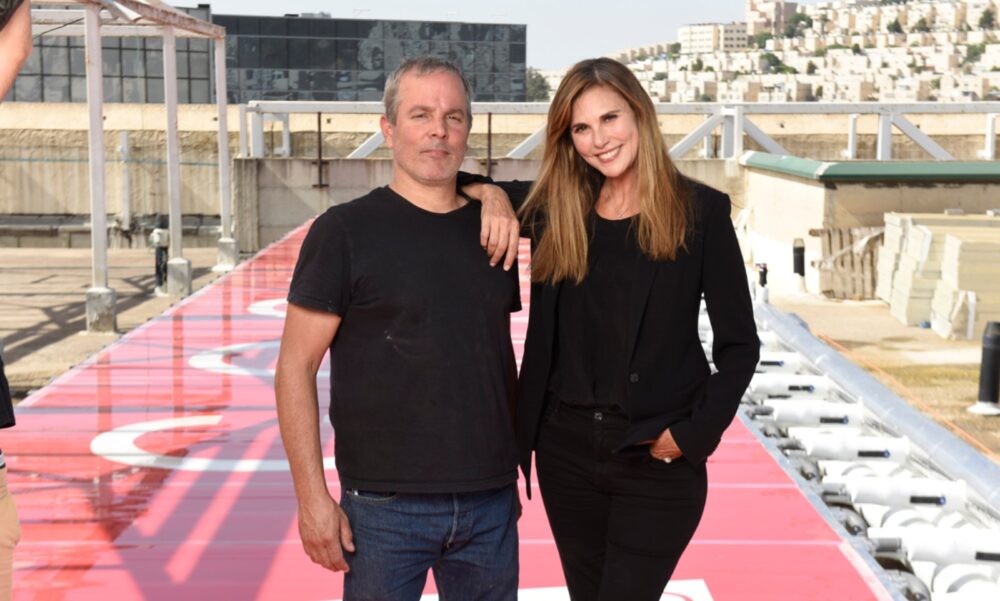 Nostromo also signed an agreement with Sandstone Properties for the construction of a 900-kWh system in a Los Angeles office building; and a memorandum of understanding with Westfield, one of the biggest mall owners and operators in the US, to install systems at its sites.

In June, Nostromo completed a merger with the Tel Aviv Stock Exchange listed company Somoto, raising $13.6 million in the process.

An IceBrick was installed the following month on the roof of Medinol, a Jerusalem-based cardiac stent developer and manufacturer. The 600-kWh system contains 48 cells of encapsulated ice connected to the charging chiller, providing critical backup to Medinol’s clean rooms cooling system.

Now, Nostromo will have the opportunity to pilot its solution in about 20 countries, thanks to its acceptance into the Anheuser-Busch InBev 100+ Accelerator. The company won one of 36 spots in the accelerator’s 2021 cohort, from a field of 1,300 applicants.

Geared to meet the beverage giant’s climate action goals, the 100+ Accelerator was launched in 2018 and was joined earlier this year by Coca-Cola, Colgate Palmolive and Unilever to fund and pilot sustainable innovation in their supply chains. 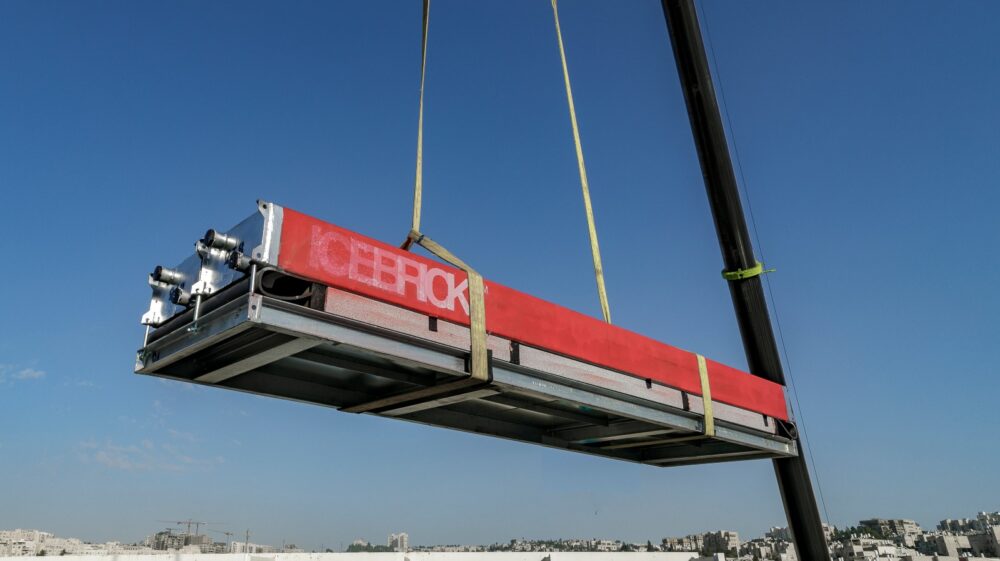 The Nostromo IceBrick being installed on the Medinol building, Jerusalem. Photo by Harel Ben Nun

Nostromo will demonstrate how the IceBrick could accelerate renewable energy integration, reduce carbon emissions and enable electric vehicle charging at AB Inbev’s corporate facilities. Data on energy use and cooling demands will be collected and analyzed from different sites.

“Together, we are striving to supercharge adoption of sustainable solutions by funding and accelerating fantastic innovations that will change the world by making all of our businesses more sustainable at a global scale,” said Carolina Garcia, global sustainability and innovation director for AB InBev.

UNCOVER ISRAEL - Get the ISRAEL21c
Weekly Edition free by email
Sign Up Now!
Bring Israel's story to life.
Millions of people around the world rely on us to gain a deeper understanding of Israel. We are the trusted source for original content you won't find anywhere else.
You can make a difference. Donate today to support journalism that brings Israel’s story alive.
SUPPORT ISRAEL21c
Read more on:   Technology, Environment, sustainability, Solar energy, Sustainable energy, Nostromo