Sustainable agriculture is no longer only a concern for those looking to eat healthier foods, but a pressing necessity for all of us.

Alongside the growing number of companies and technologies in the alternative meat, fish, dairy and egg protein market, a parallel revolution is happening in the crop protection market.

Most grains, legumes, vegetables and fruit are grown using crop protection methods, such as pesticides, which are harmful to the entire ecosystem. Pesticides cause significant, lasting damage to soil and water, as well as to the people who work with the chemicals and those who consume the end products – all of us!

The demand for more sustainable, safer and cleaner farming methods is coming from consumers, environmentalists, regulators and even the agrochemical industry itself, which brings in an inconceivable sum of almost $60 billion a year.

Israeli startups are at the center of finding solutions for our future food security, developing innovative technologies set to make a major impact on the entire sector within a decade and beyond.

On the one hand, pesticides enable global agriculture to feed billions of people. Without pesticides, insects, bacteria, fungi and harmful herbs would have caused a huge loss of crops and resounding food crises.

On the other hand, most pesticides used today are inaccurate and cause wide peripheral damage. Some of these substances accumulate in the soil and do not decompose, seep into water sources and fish habitats, threaten pollinating bees, and cause cancerous diseases in growers and end consumers, who are exposed to pesticide residues.

Glyphosate-based herbicides, the most common herbicides used since the mid-1970s, have recently become the subject of thousands of lawsuits. Copper is another example of a problematic substance still widely used, mainly because there’s no real alternative against bacteria.

Some bacteria have developed resistance to copper, rendering its use ineffective in cases of overall systemic damage, for example “citrus greening,” an epidemic that has destroyed more than half of Florida’s citrus crop in recent years.

The bottom line is that the pesticide market is ripe for change and renewal, as no new formulations have been produced in decades.

They’re using artificial intelligence to characterize and verify the safety of the materials first — and only then, or in parallel, the effectiveness of the pesticide. This kind of research was not possible before the advent of advanced AI and computational systems.

The three companies briefly reviewed below were founded as part of an Israeli-German collaboration established in 2016 to advance applied agricultural innovation. 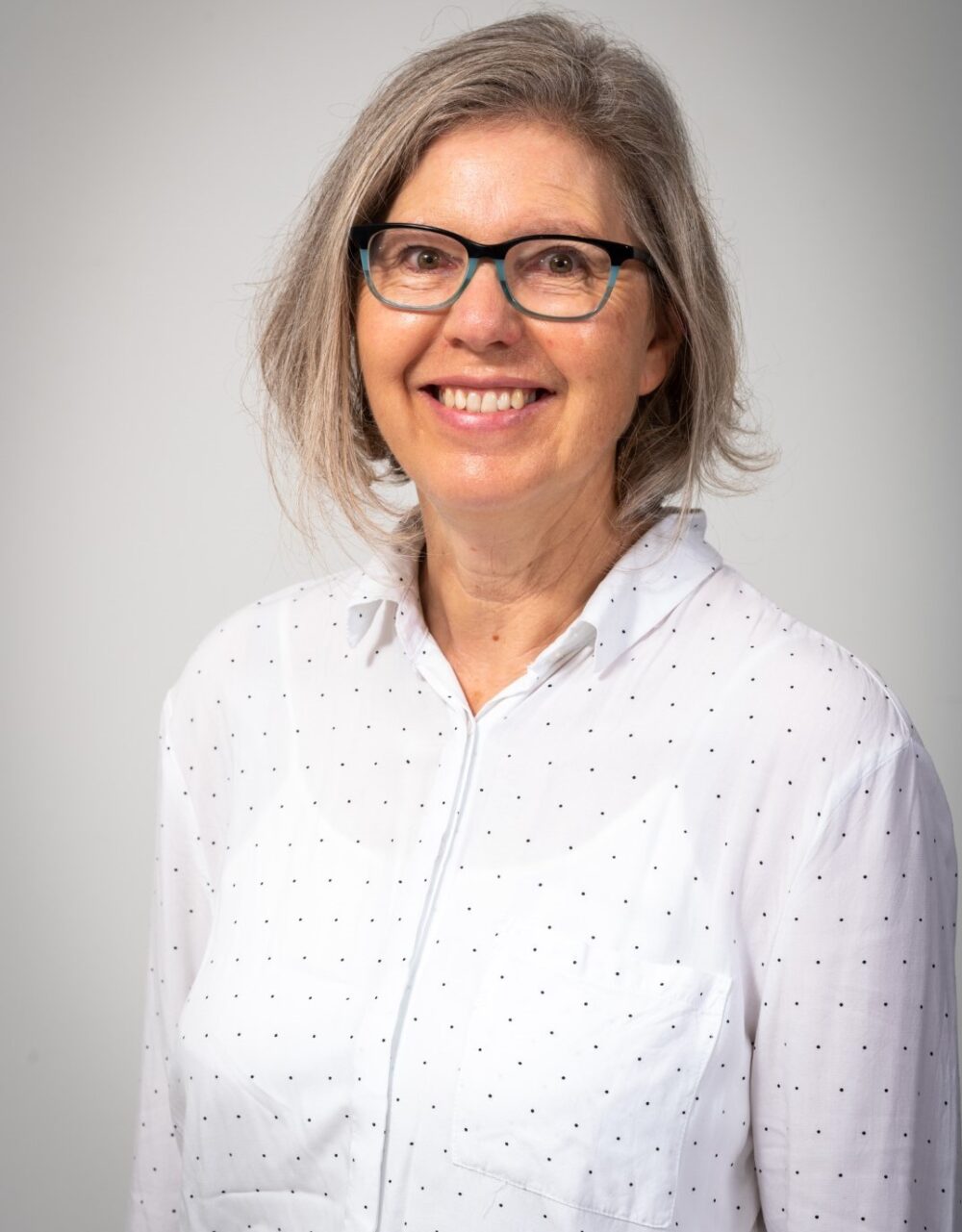 The German partner is Bayer, the largest agricultural corporation in the world, while the Israeli partner is The Trendlines Group, an investment company where I work, that specializes in investing in startups in the fields of agrifoodtech and advanced medtech.

Bayer defined goals and Trendlines identified and sourced technologies that fit those goals from the world-renowned and burgeoning Israeli agricultural research ecosystem.

These startups were established with a joint investment — each supplemented by additional investors including the Israel Innovation Authority — to develop the selected technologies into innovative and useful agricultural products.

Trendlines accompanies and guides these companies throughout the lengthy and complex process of development. Bayer’s broad backbone and wide market knowledge greatly increase the chances of realizing potential and large-scale commercialization. 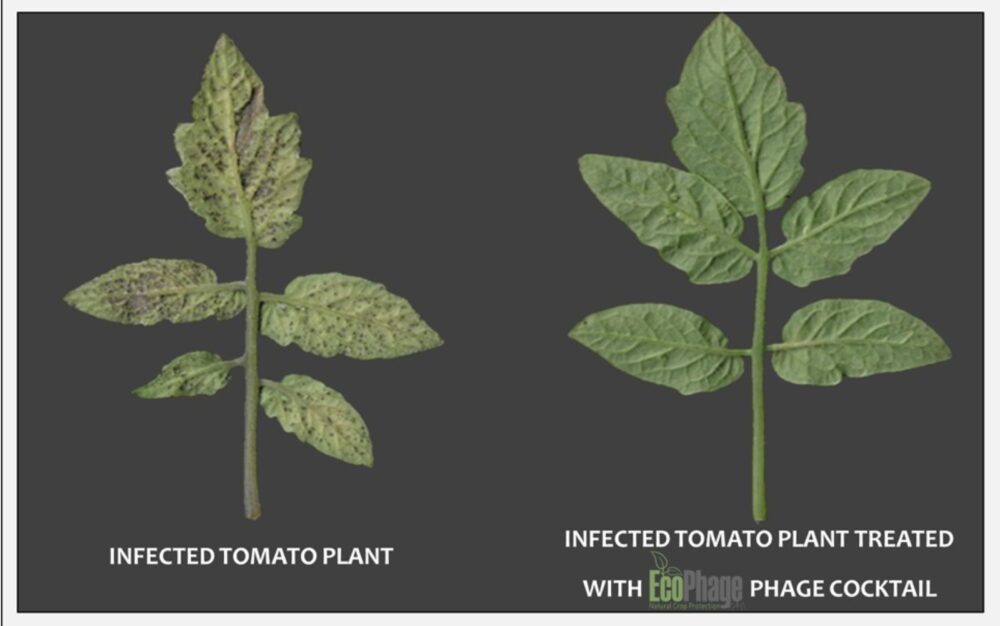 EcoPhage is developing new technology for overcoming bacterial diseases in agriculture, instead of spraying with copper or antibiotics – another very problematic substance.

The technology is based on bacteriophages, “good” viruses that detect and kill bacteria. They are found in nature, and they do not pollute or have other negative effects on the environment and people.

Based on knowledge developed at the Weizmann Institute under Prof. Rotem Sorek, EcoPhage produces very effective cocktails of these viruses in its laboratory, in a way that can be adapted to specific pests.

There are more bacteriophages in the world than all living things combined, meaning that the potential for finding a solution is almost infinite. It will be very difficult for pests to develop resistance against such cocktails, as EcoPhage’s cutting-edge technology selects phage combinations to efficiently eradicate the harmful bacteria while preventing future resistance.

IBI-Ag develops environmentally friendly biological insecticides based on an innovative technology and a revolutionary mechanism of action.

The company is developing a technological platform, which over time will be implemented for many applications in the field of biological pesticides in agriculture.

The “herbicide crisis” is one of most alarming problems in the $60 billion crop-protection industry, threatening the global food production system.

Toxic herbicides have been banned in some countries. More than 250 weeds have developed tolerance to herbicides and have invaded plantations.

To understand the catastrophic effect of uncontrolled weeds, let’s narrow it down to one territory, and one weed only. In US soy and corn plantations, pigweed (Amaranthus Palmari) alone has caused an estimated yield loss worth about $15 billion. Imagine the damages caused by 250 herbicide-resistant weeds globally.

Projini arose from the understanding that alongside important biological developments, it was necessary to push for innovation in the huge agrochemical industry, which will continue to play a key role in pesticides.

Most of the active pesticides today have been in use for decades and were discovered randomly in industry. Their side effects were sometimes only discovered in practice many years later.

In the last 20 years, many pesticides have been de-regulated (removed from use), pests have developed resistance to many, and yet, no new crop protection chemicals have been introduced.

Imagine this parallel scenario in the pharmaceutical field – drugs taken off the market, increased resistance to drugs by many diseases, and no new drugs developed to replace them. 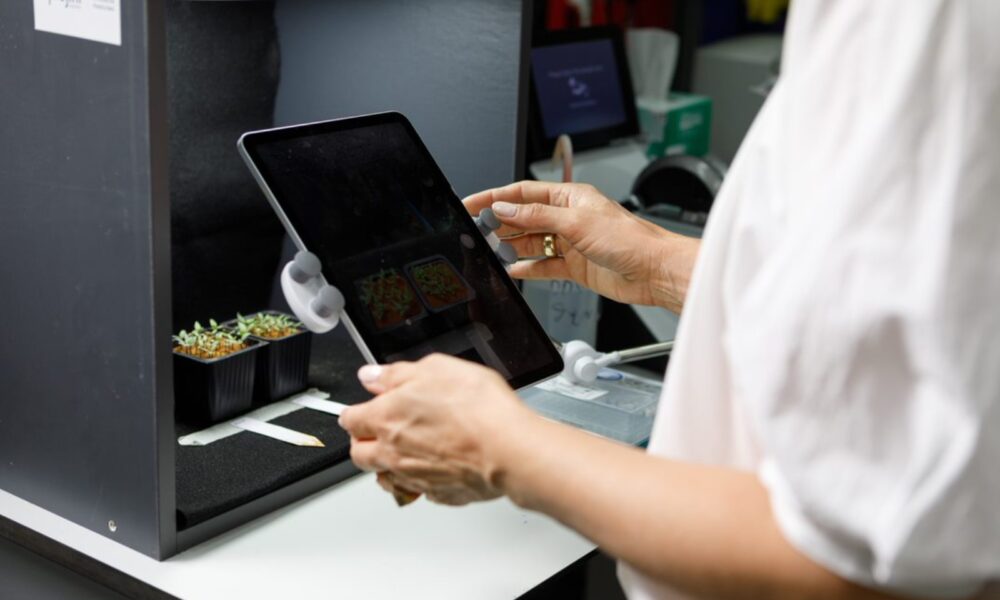 Computer science also plays a key role here. Advanced algorithms can systematically scan tens of millions of substances within days and pinpoint specific molecules that have the potential for targeted and safe action on weeds, fungi and other pests.

This enables the rapid evaluation of the structural/chemical requirements for binding of a specific molecule to its target protein, greatly shortening the development time of new products.

The protein-protein interaction (PPI) target space has already been proven in pharma, successfully used to develop precision-therapies for HIV, cancer and more. Yet for crop protection, it remains an unexplored domain offering vast unexploited potential for novel custom-made chemistry.

The company is initially working on two indications: A broad spectrum fungicide and a broad-spectrum herbicide. Projini has already registered patents for several such effective molecules.

Projini’s breakthrough AI technology was recently validated at the Volcani governmental research center and at Bayer, both confirming significant activity of Projini’s early lead candidates, as the first ever computer simulation designed herbicide and fungicide based on inhibiting protein-protein interactions as the mode of action.

The pesticide picture is complemented by companies like AgroScout, https://agro-scout.com/ which use imaging technologies and artificial intelligence to help target, optimize and focus the use of pesticides – which is safer for the environment and us.

Yes, cultivated meat and milk and other exciting food-tech developments will probably help drive the ecological transformation essential to the world.

However, wheat, corn, soybeans, rice and other basic crops will remain the staples for feeding humanity. Therefore, any significant ecological change is conditional on profound change in the crop-protection industry as well.

Key forerunners of the required change are young Israeli companies. With strong international business backing, they can take their technologies all the way to mass application in fields around the globe.

Shira Zimmerman is head of investor relations for The Trendlines Group.