One reason is Judaism’s legacy of structured education. Israel consistently ranks as among the most educated countries. OECD statistics show that half of Israeli adults between the age of 25 and 64 have completed post-secondary education. This is reflected in the high number of PhDs, authors, thinkers and Nobel Prize laureates in Israel.

Another reason is Israel’s culture of contrarian thinking — challenging “common knowledge” and never considering anything to be impossible.

As the Israeli statesman Shimon Peres famously stated, “If an expert says it can’t be done, get another expert.”

Israel truly shines in the intersection of social sciences and technology. An example of a thinker whose ideas have made an impact in the tech world is behavioral economist Dan Ariely. 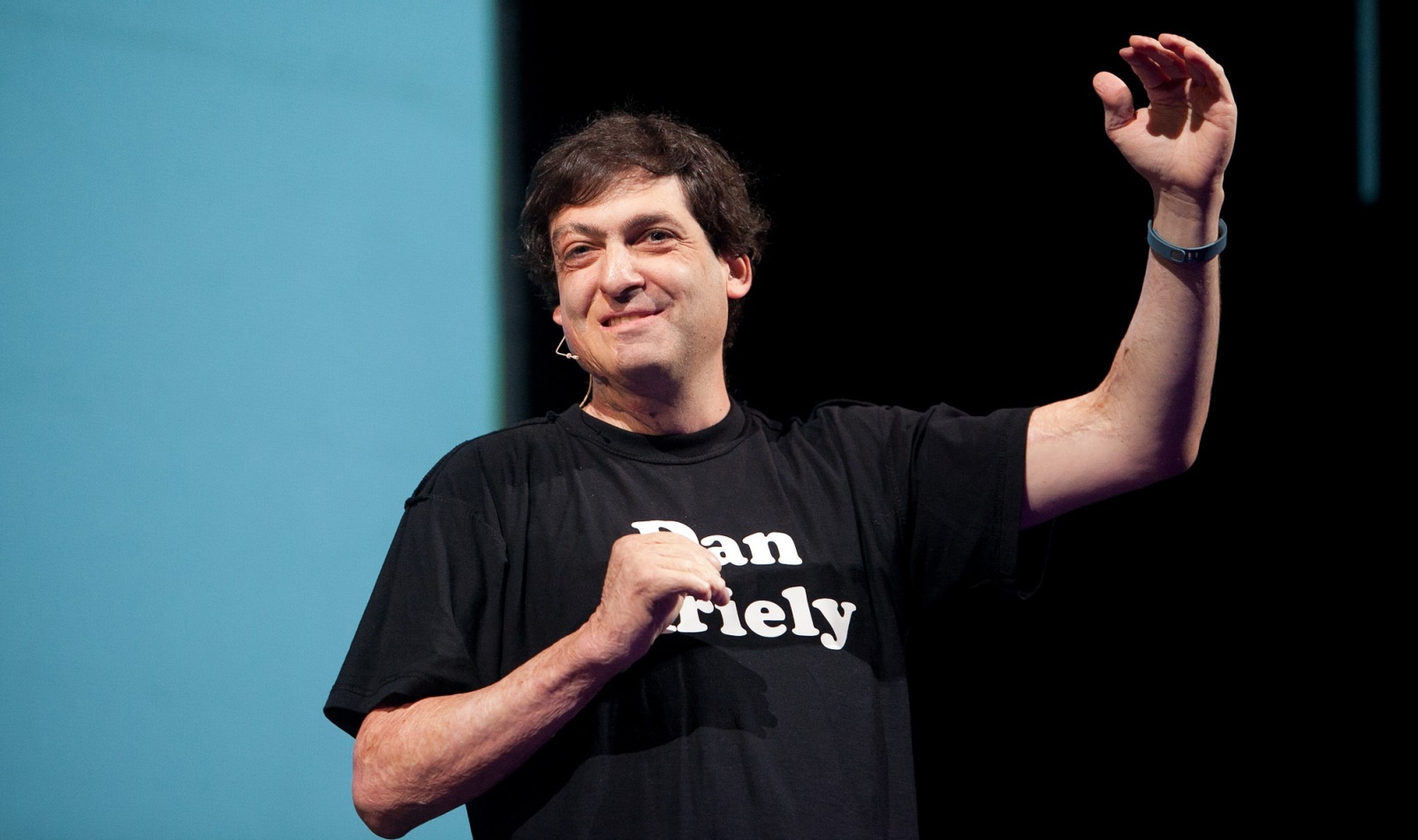 Dan Ariely of the Center for Advanced Hindsight. Photo courtesy of Dan Ariely

Ariely, a lecturer at Duke University’s Fuqua School of Business, has written bestselling books on decision-making that are popular throughout Silicon Valley and the global business community.

Ariely explains our decision-making process and how we believe we are in control of our decisions even though factors outside of ourselves impact us. He founded the Center for Advanced Hindsight, launched several startups, and lectures regularly on decision making, including seven TED Talks.

Another Israeli thought leader and TED speaker popular among the Silicon Valley set is Nir Eyal, a bestselling author and Stanford lecturer. His work focuses on startup-related topics such as how technology shapes our behavior, and how professionals can be productive and focus effectively.

His books Hooked and Indistractable often appear on tech entrepreneurs’ “must read” lists, and his popular TED talk on “What Makes Technology So Habit Forming” has been viewed by millions of people. 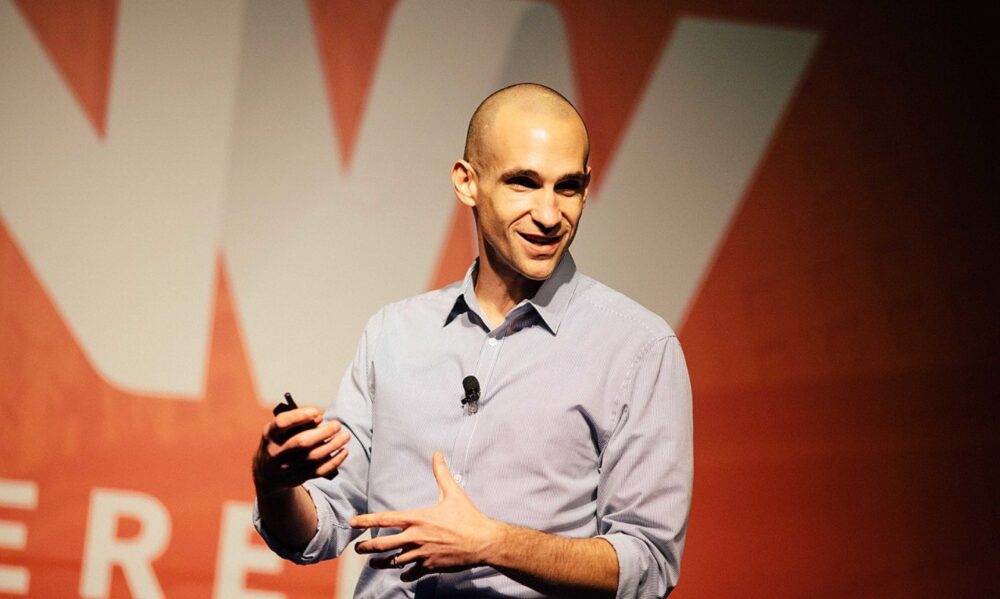 As Eyal reflects on his work, “I was one of the first people to write for a wide audience about the deeper psychology of how tech products shape our behavior, and was early in spotting the ability of technology to change our behavior.”

He adds, “When I first started out, people thought these tech founders ‘got lucky,’ but luck had nothing to do with it, they understood consumers’ behavior better then we understand ourselves… today I don’t have to make that argument.”

Israeli academic institutions play a key role in supporting the professors and thinkers who are impacting the globe with their ideas.

Since before the founding of the state, Israeli universities have set the tone for the development of human capital (as a result of lack of natural resources), which was vital in the country’s survival early on and has been a major driver in the success of the Startup Nation.

The most recent Academic Ranking of World Universities includes three Israeli universities among the world’s top 100: The Hebrew University of Jerusalem, the Weizmann Institute of Science and the Technion-Israel Institute of Technology. 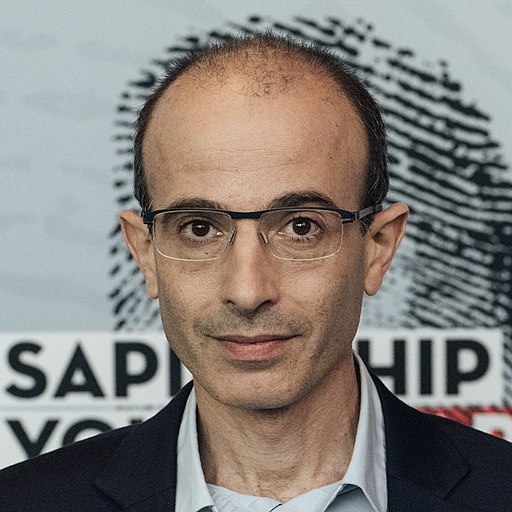 Hebrew University Prof. Yuval Noah Harari is considered one of the most important thinkers today on the state of human civilization and where the world may be headed.

He is a leading expert on topics such as how technological disruption will impact future generations, and his theories have impacted millions across the globe.

The impact of Israel’s academia is notable, as the country hosts 13 Nobel Prize laureates in fields including chemistry, economics, literature and peace. Israel has won more Nobel Prizes per capita than the United States, France and Germany. It has more laureates, in real numbers, than India, Spain and China. 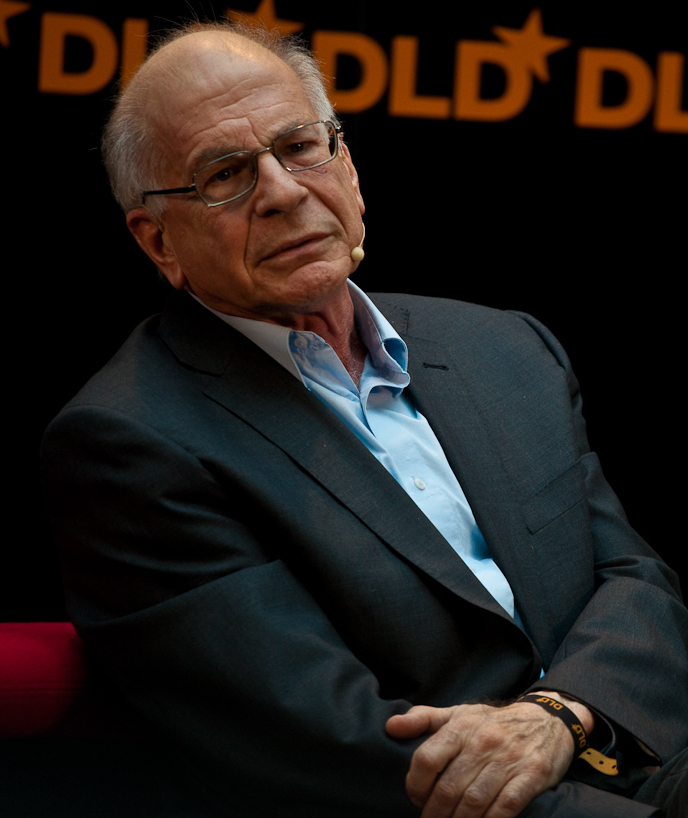 Prof. Daniel Kahneman (along with deceased Prof. Amos Tversky) is the only Israeli to have won a Nobel Prize in Economics for his theories on decision making. His New York Times bestselling book Thinking Fast, and Slow explains that there are two ways of thinking — the “fast” instinctual way, and the “slow” logical way — and why both are important.

The common thread running through the work of these Nobel laureates is a deep desire to understand the human condition. Growing up in Israel, where there’s always been an intense fight for survival, lends itself to the rigors of thoughtful analysis. Unlocking human potential under stress has been a byproduct of the struggles its citizens have gone through.

As Eyal notes, “There are many Israelis in behavioral economics, and in the context of modern Jewish history, I believe goes back to the Holocaust. All of us as youth recall seeing the images of crowds mindlessly obeying Hitler’s orders. It was both terrifying and fascinating at the same time… and it’s those dual feelings which propel us to ensure that people will not be manipulated like that again.”

If there is a silver lining in how humanity has developed over the years due to these ideas, it is the continued study of happiness.

Prof. Tal Ben-Shahar, who lectured at Harvard and IDC (now Reichman University), studies positive psychology and happiness, and ways people can create meaningful happiness in their lives. He shares through his books and social media actionable steps based on modern research and practices (along with debunking myths), to help individuals live happier lives.

“Initially, what got me interested in studying happiness was my own unhappiness,” Ben-Shahar notes.

“I was doing well as an undergraduate student at Harvard, I was a top athlete, I had a good social life—and I was unhappy. It was then that I realized that the internal matters more to one’s levels of wellbeing than the external, and it was then that I got into psychology. After studying positive psychology, and benefiting from it, I wanted to share what I learned with others.”

Ben-Shahar also draws inspiration from his background: “I was raised in an Orthodox family. So many of the ideas that I encountered as part of my schooling — in Pirkei Avot [Ethics of the Fathers], Torah, Hasidism — find their way into the modern science of happiness.”

These thought leaders help us reach peak performance, better understand ourselves, and make sense of a reality that is only becoming more complex.

A rich heritage, and a healthy amount of chutzpah and modern technology, have helped spread these modern-day philosophers’ groundbreaking ideas to global audiences.