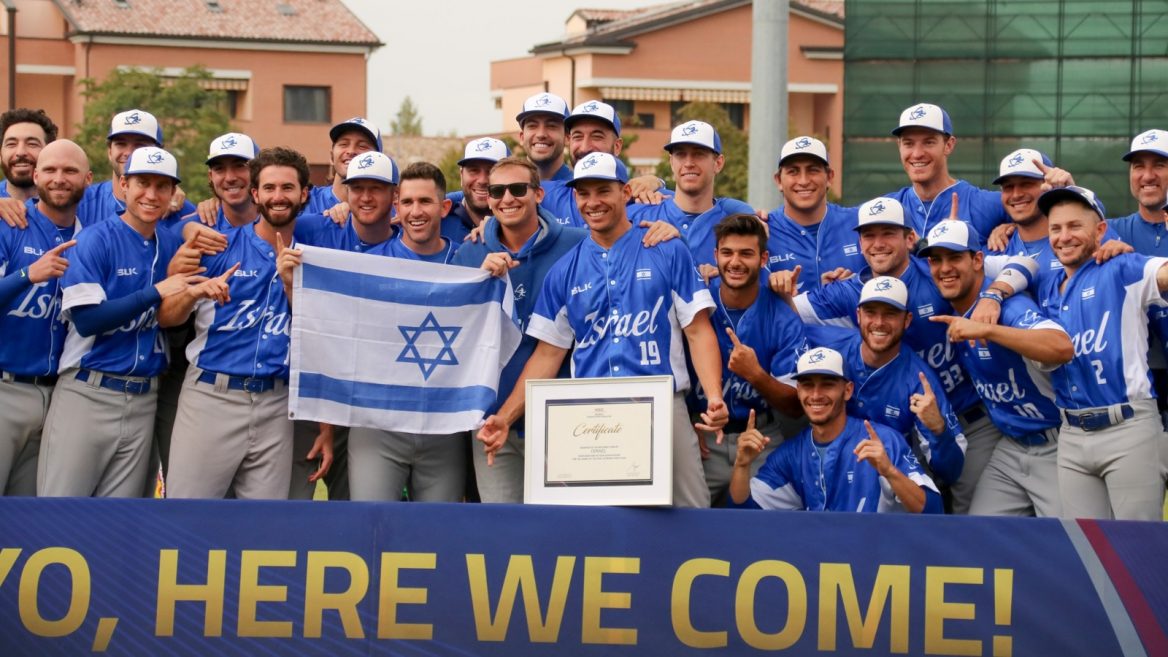 Will more Israeli athletes ascend the winners’ podium this summer in Tokyo?

That’s the big question as Israel prepares to send its largest-ever Olympic delegation of 89 athletes to the 2020 Summer Olympics set for July 23 to August 8, 2021– a year late, due to the pandemic.

We’ll also send about three dozen men and women to Tokyo for the Paralympics from August 24 to September 5, where athletes with physical disabilities will compete in the Olympic facilities. 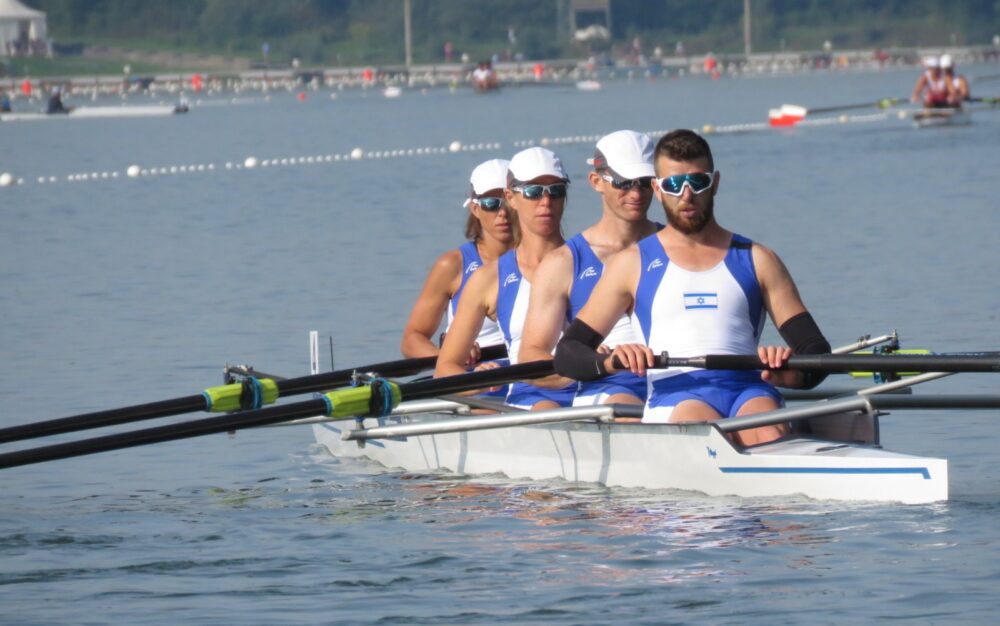 While our athletes are busy training to be faster, higher and stronger (that’s the Olympic motto) than their counterparts from 205 other countries, we’ve been busy gathering fun facts about Israel’s participation in the world’s ultimate sports festival.

As we get closer to the start of the Games, and during the competitions, we’ll bring you additional exciting content on the athletes representing Israel.

Israel has participated in every Summer Olympics between the Helsinki Games in 1952 and the Rio Games in 2016, except the 1980 Moscow Games.

Israel began participating in the Winter Olympics in 1994.

Israel has sent athletes to the Paralympics since 1964, hosting the 1968 Paralympic Games in Tel Aviv.

In 2010, Israel sent its first delegation to the Olympic Youth Games. 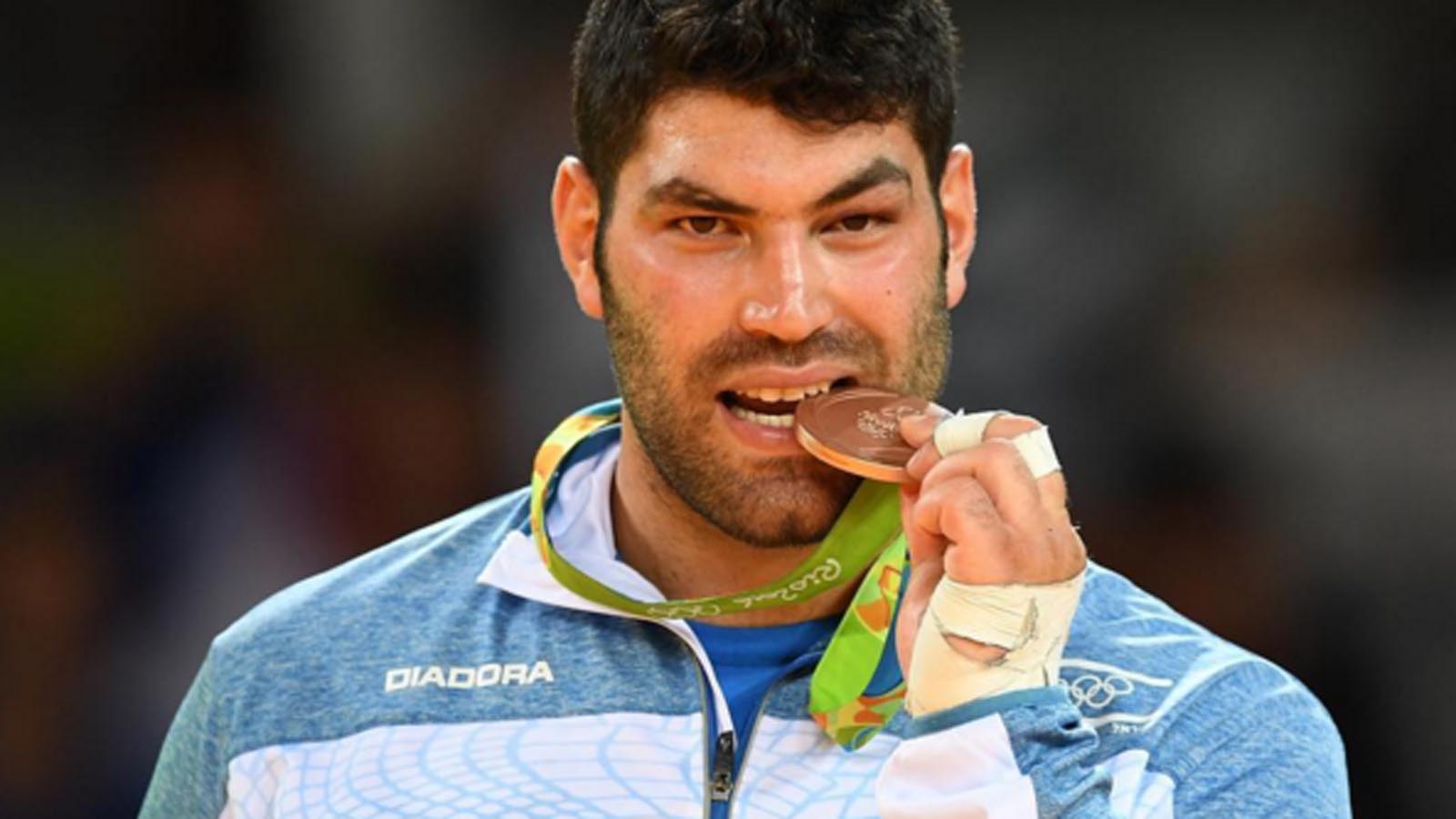 Or Sasson takes a bite out of his bronze medal at the Rio Games. Photo via instagram.com/olympicteamisrael 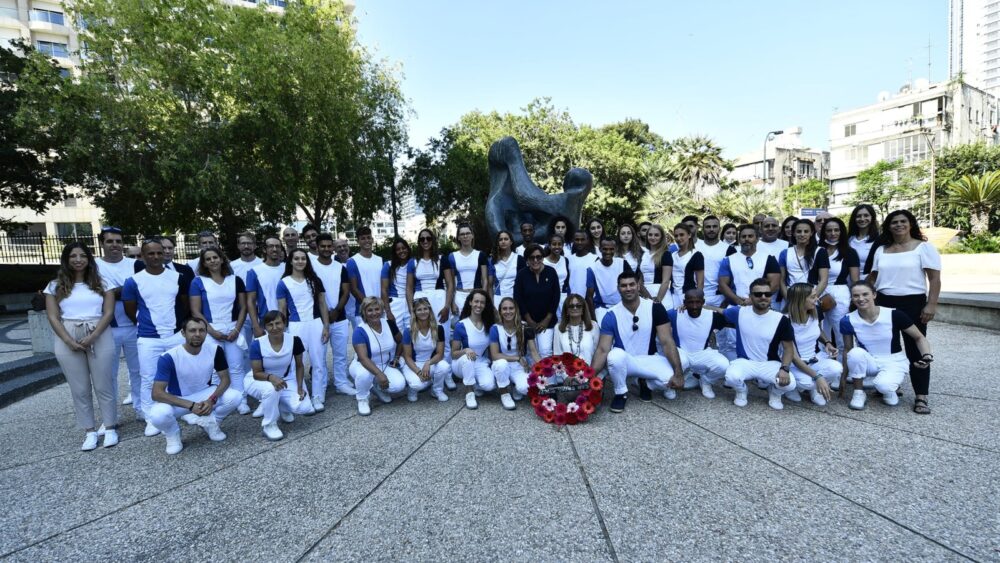 In the 2016 Paralympics, Israel sent 33 athletes to compete in 11 sports. This summer, 34 have so far qualified for Tokyo in 10 sports (see item #10), with several more expected to qualify at the end of July. 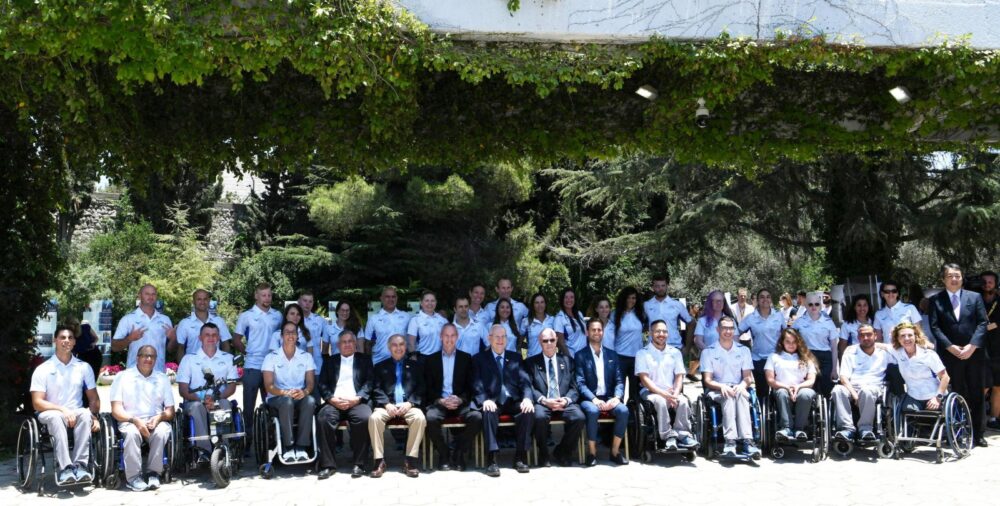 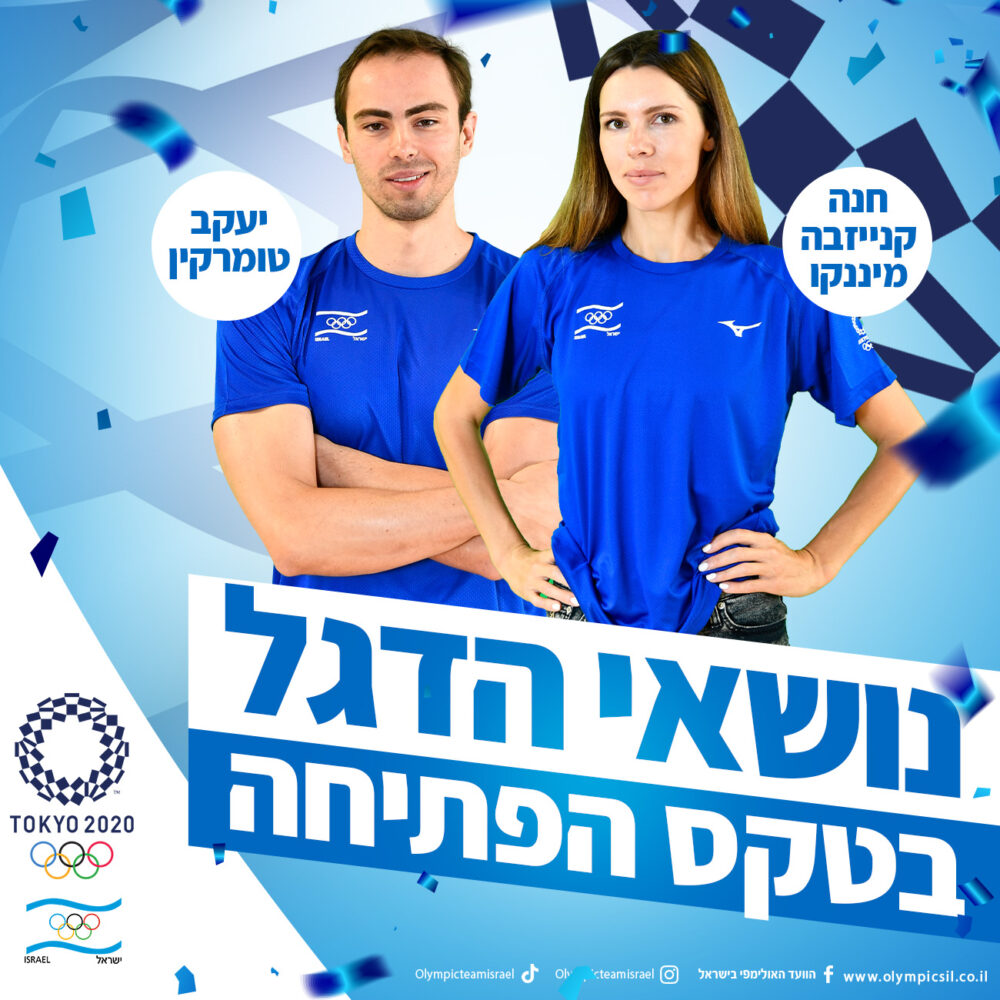 Yaakov Tormarkin and Hannah Knyazeva-Minenko will be Israel’s flagbearers at the opening ceremonies for the Tokyo Games. Photo courtesy of the Israel Olympic Committee

Swimmer Yaakov Tomarkin, 29, and triple jumper Hannah Knyazeva-Minenko, 31, were chosen as the flagbearers for the Israeli delegation at the Olympics opening ceremonies.

Tokyo is the third Olympics for both. Knyazeva-Minenko was part of the Ukrainian delegation to the 2012 London Games before moving to Israel.

This year, Israeli Olympians will compete for the first time in baseball, archery, surfing and equestrian.

The 24-player Israeli National Baseball Team will face off against the United States for its first game in the Olympic tournament. 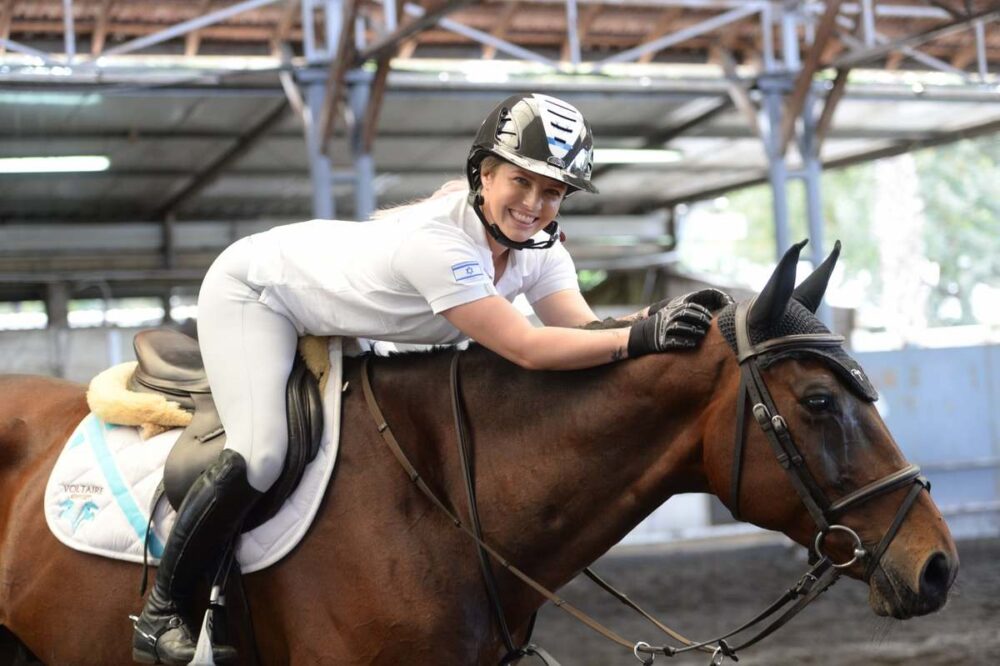 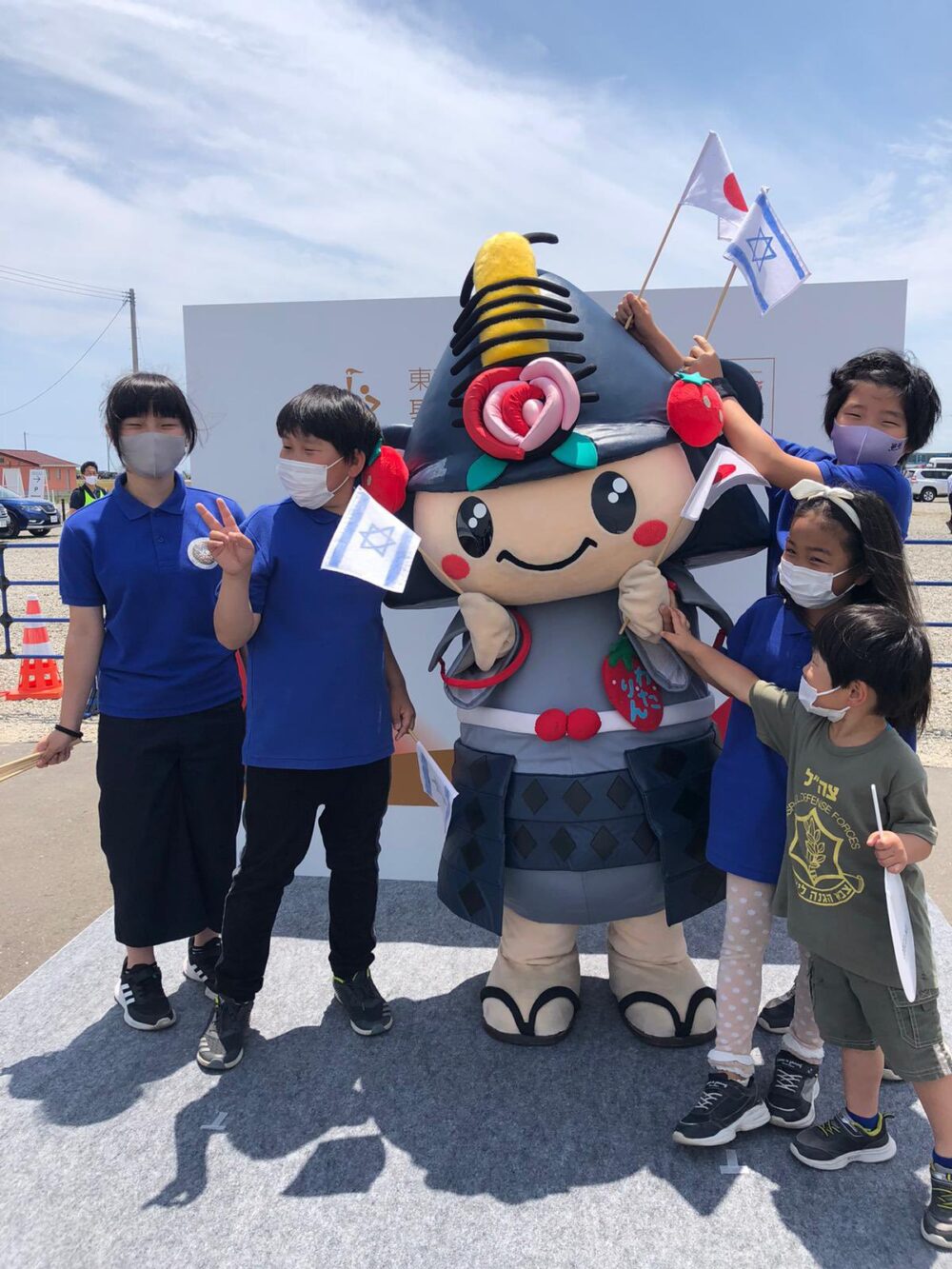 Watari residents — including a boy in an IDF t-shirt — cheering on an Israeli Embassy official during the Olympic Torch race. Photo courtesy of Israeli Foreign Ministry

Barak Shine from the Israeli Embassy in Japan was invited to participate in the traditional pre-Games torch race in June. When the runners got to Watari, residents waved Israeli flags and banners.

Their appreciation stems from Israel having been the first country to send medical personnel to Watari following the 2011 earthquake and tsunami. Watari City Hall has flown the Israeli flag for the past two years, since officially signing on as Israel’s host city for the Olympics.

Both the Olympic and Paralympic delegations include married couples, each with a Jewish husband and non-Jewish wife. Maru Teferi and Selamawit Dagnachew Teferi are Olympic runners originally from Ethiopia. 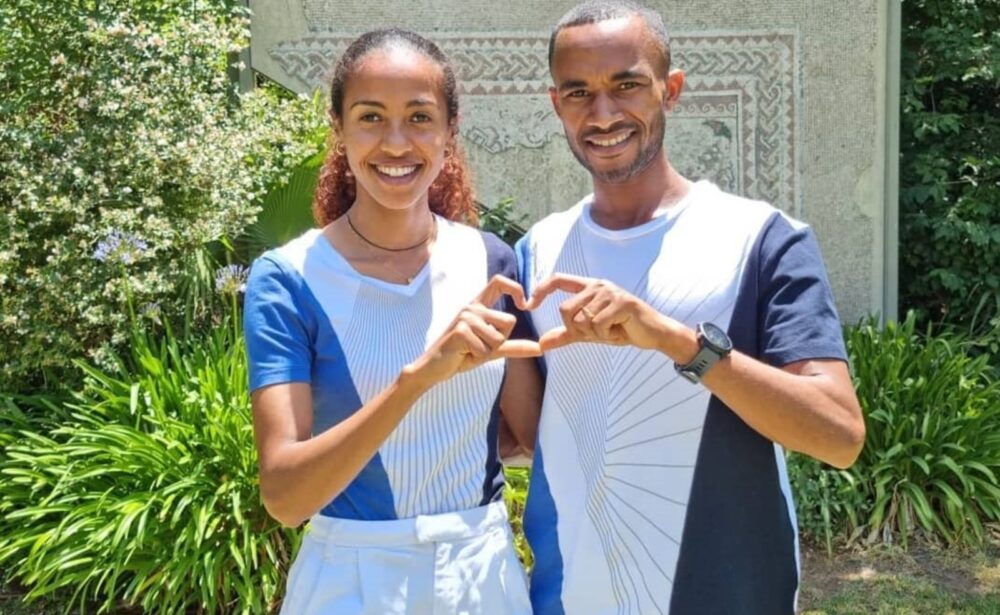 In addition, we have siblings: Brothers Shachar (27) and Ran Sagiv (24) will be competing for Team Israel as triathlon athletes, while 21-year-old twins Mark and Ariel Malyar are on the Paralympic swimming squad. 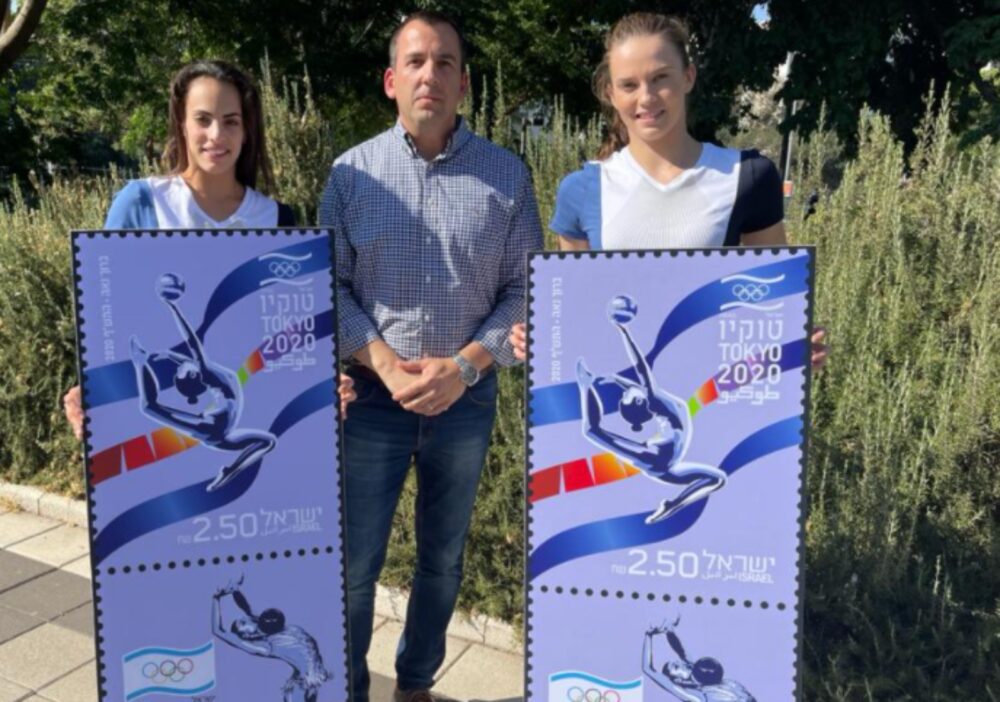 Three postage stamps were issued by the Israel Stamp Service in celebration of the Tokyo Olympics. Designed by Baruch Na’a, each stamp features one Olympic sport: swimming, horseback riding and gymnastics. The athletes are drawn in between two blue wavy lines to symbolize the national flag.

Because the Tokyo Games will be closed to spectators due to Covid concerns, the Israeli Olympic Committee launched a collaboration with video-sharing app TikTok to present exclusive content of the delegation and its travels in Tokyo.

More than 300 pieces of original content were already released: videos introducing Israeli athletes, interviews with international athletes, quizzes, challenges, footage from past games and much more. 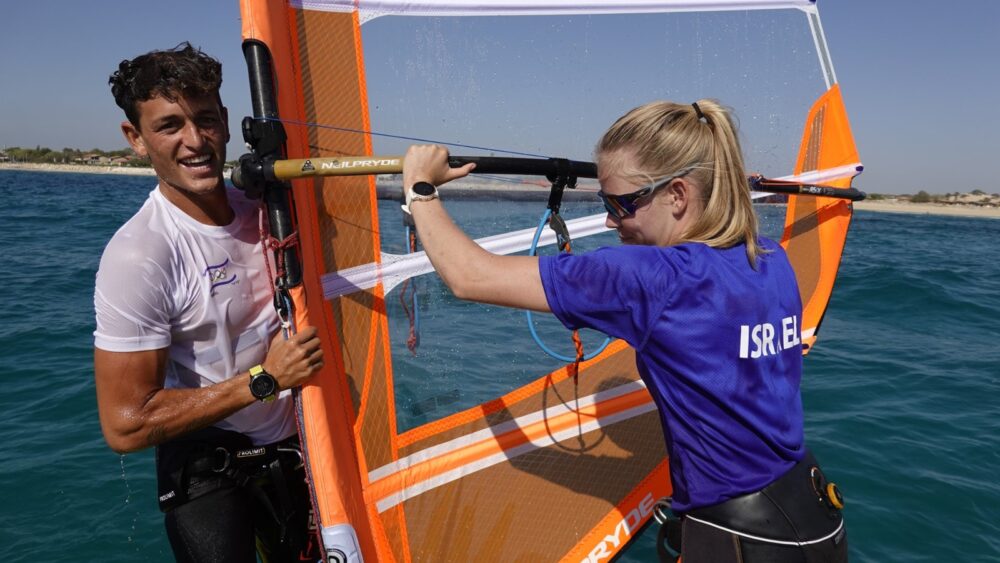 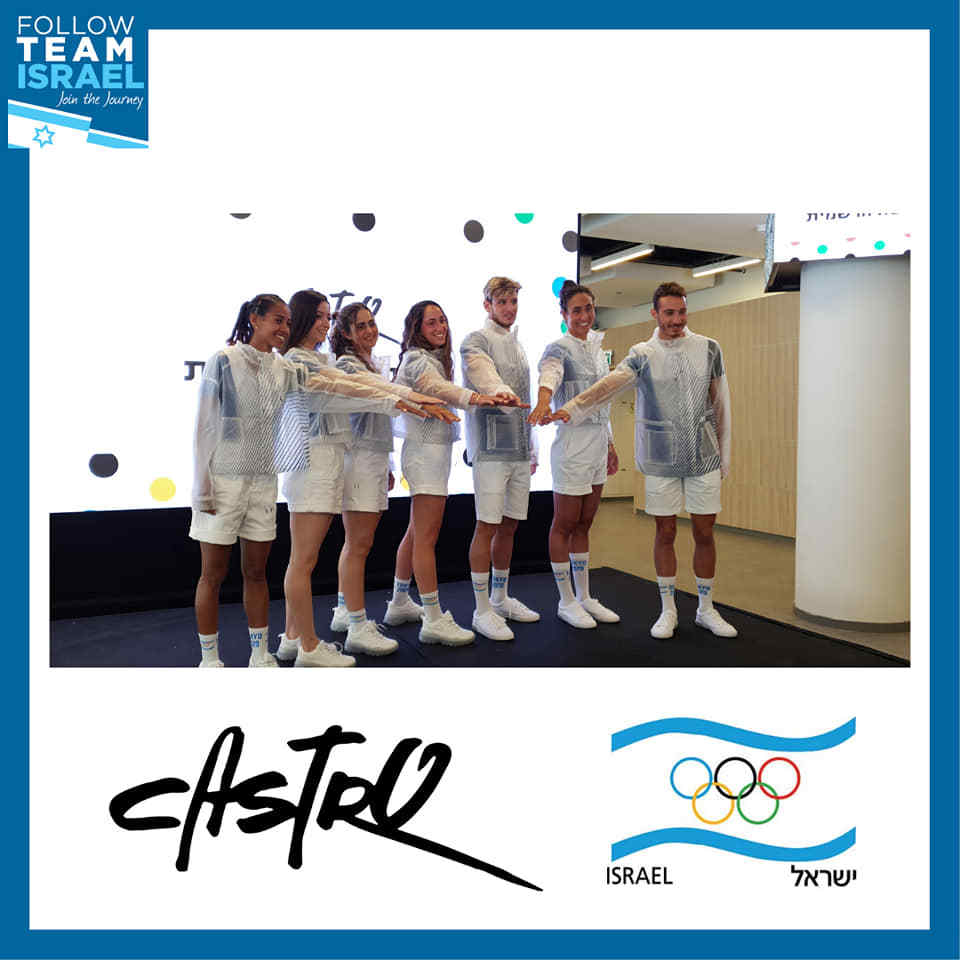 Israel’s official uniform for the opening and closing ceremonies –t-shirts, chino shorts and pants and a transparent nylon jacket – is inspired by the Star of David. As in the past six Olympics, the uniforms were designed and manufactured by Israeli fashion house Castro.