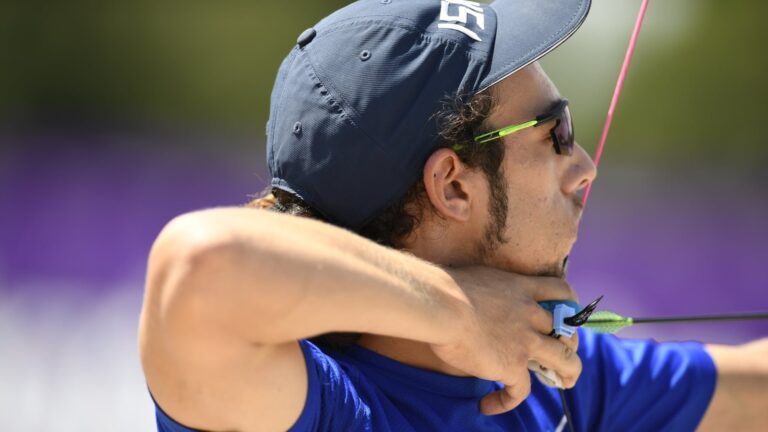 Shanny, 22, On July 23, ranked 60th out of 64 male competitors in a pre-Games qualifying round. But on July 28, he knocked out the #5 seed Hiroki Muto of Japan in the first round and the #37 seed, Tarundeep Rai from India, in the second-round shoot-off.

That qualifies Shanny to compete in the so-called “Round of 16” against the top 16 contestants to take place on Saturday.

Meanwhile, windsurfers Yoav Cohen and Katy Spychakov will head into the medal round on Saturday in sixth place and seventh place, respectively.

Israeli athletes in other Olympic events set some personal and Israeli records although they did not advance.

For example, Andrea Murez set a new Israeli record in the 100-meter freestyle with a time of 54:06 but placed 22nd overall. Ron Polonsky and Gal Cohen Groumi each set personal records in the 200m individual medley qualification but did not make it to the semifinals. Ron Polonsky swimming for Israel in the Tokyo Olympics. Photo by Simone Castrovillari
UNCOVER ISRAEL - Get the ISRAEL21c
Weekly Edition free by email
Sign Up Now!
Bring Israel's story to life.
Millions of people around the world rely on us to gain a deeper understanding of Israel. We are the trusted source for original content you won't find anywhere else.
You can make a difference. Donate today to support journalism that brings Israel’s story alive.
SUPPORT ISRAEL21c
Read more on:   News, Olympics, Tokyo Olympics, Culture, sport