Underneath the quiet small-town veneer of Zichron Ya’akov, a whole lot of colorful history is lurking.

Here, at the southern end of the Carmel mountain range 22 miles south of Haifa, a young spy shot herself after four days of torture at the hands of the Ottoman authorities. Here, overlooking the Mediterranean Sea, Israel’s ancient wine culture was started anew and succeeded despite a deadly plague that threatened to wipe it out almost before it took root.

But you wouldn’t guess that while walking along the main street (“midrahov”), Hameyasdim Street. Restored original houses designed in the style of a French village serve as the backdrop for eateries, galleries and craft stores selling handcrafted jewelry, toys and paper, among other treasures.

“You can fall in love with Zichron while exploring all the funky shops and café bistros,” Herskowitz says. She recommends booking a workshop at Tut Neyar (Paper Mulberry) to make your own paper embedded with flower petals and leaves.

Home to about 19,000 people, including a growing number of North American émigrés, Zichron was one of the first Jewish villages in what was then Ottoman-ruled Palestine.

The 100 Romanian immigrants who founded it as Tzammarin in December 1882 had a rough start. Those who didn’t go back or die of malaria nearly starved to death when their farming efforts failed in the rocky soil.

The soil was really meant for growing grapes, suggested the French patron Baron Edmond James de Rothschild, who swooped in to save the settlement that he renamed Zichron Ya’akov (“Jacob’s Memorial”) in memory of his father, James (Ya’akov/Jacob in Hebrew).

He built a grand synagogue, Ohel Ya’akov, which Herskowitz calls “absolutely stunning” and is still in daily use. A similar one was built farther northeast in Rosh Pina. 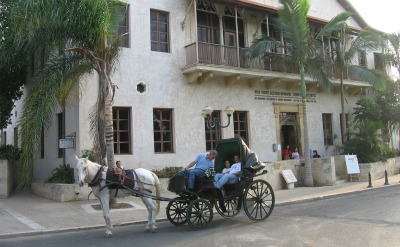 The First Aliyah Museum, housed in the former Rothschild offices, uses seven multimedia presentations to convey the story of the European immigrants’ struggle to survive and shows how Rothschild was a controversial figure because of the rules and regulations he imposed on the early settlements he sponsored.

The baron, owner of the famous Chateau Lafite winery, sent over cuttings of French grapevines to plant in Zichron, where ancient winemakers had once flourished.

Today there are several wineries in and around Zichron. There’s even one right off the midrahov, Smadar Winery, established in 1998 by a fourth-generation vintner and descendant of town founders. Recently a boutique hotel opened on the premises.

Zichron also has a microbrewery, Pavo, and nearby Yokneam houses the decade-old Morad Winery, which offers tours demonstrating how it turns fruits, vegetables and herbs into exotic wines and liqueurs. 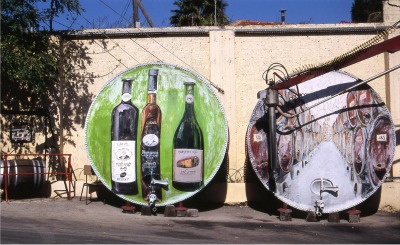 Photo courtesy of the Israel Tourism Ministry
The Carmel-Mizrahi Winery.

But the daddy of all wineries in Zichron is the first. Carmel-Mizrahi was established by the baron in 1885 from the fruits of his French cuttings. In 1892, the grapevines were decimated by a bacterial disease. Rothschild’s people imported some American seedlings that were resistant to this bacteria, and the winery’s fortunes changed.

“The story of Carmel symbolizes the story of Israel,” says Adam Montefiore, Carmel’s wine development director. “It is the oldest brand and the first exporter of Israeli wine. The first electricity and the first telephone ever installed in Israel were at Carmel. Three prime ministers have worked here: David Ben-Gurion, Levi Eshkol and Ehud Olmert.” 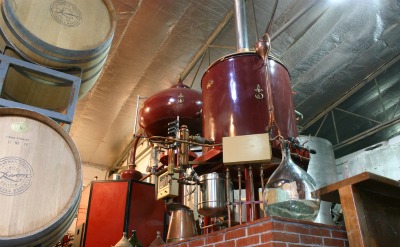 Photo courtesy of the Israel Tourism Ministry
Inside the Tishbi Winery.

The tragic tale of the spies

One of Zichron’s busiest tourist attractions is the Aaronson House, a former private home that is now a museum with films and photographs about life in early Zichron, the Aaronson family — and NILI, a Jewish spy ring that supplied intelligence to British military leaders hoping to overtake Palestine from the Ottoman Turks.

NILI was founded in 1915 by a local botanist named Aaron Aaronson. His assistant, Avshalom Feinberg, and his sisters Sarah and Rebecca were among his followers. Two years later, the Turks captured one of Sarah Aaronson’s carrier pigeons at Caesarea, broke NILI’s code and arrested and tortured her, but she did not divulge any information.

“Across the courtyard from Aaron’s house is where Sarah Aaronson’s story unfolds,” says Herskowitz. The 27-year-old spy, who had traveled widely through Ottoman territory collecting information useful to the British, shot herself when her guards let her make a brief stop at home before transferring her to a prison in Damascus. She is buried in the local cemetery.

Feinberg, with whom both Sarah and Rebecca were in love, was killed in the Sinai as he traveled to meet secretly with British commanders. Two other NILI members were executed by the Ottomans. Aaron Aaronson was killed in a plane crash on his way to the Paris Peace Conference at the end of World War I.

Other places to explore

In contrast to the NILI spies, Rothschild died a peaceful death in 1934 at the ripe old age of 89. You can see his family tomb at the center of Ramat Hanadiv, a botanical garden on the outskirts of Zichron. The remains of the baron and his family were transferred from Paris in 1954 in a state ceremony at which Ben-Gurion delivered the eulogy.

Other transplants from Europe included a German Christian group that established its own kibbutz in Zichron in 1963. This group is one of Zichron’s largest employers, running seven factories and other enterprises.

Herskowitz recommends a stop at their air-conditioner filter factory, if only for what’s downstairs. “On the bottom level, Bertha makes jams and sauces that you can buy, and they now opened a little restaurant as well,” she says.

Israeli history and military buffs will want to make a stop at the memorial called Beit HaTotchanim, dedicated to local sons and daughters who fell in war.

When you’re hungry, stroll down the midrahov, which hosts an assortment of bistros and restaurants offering Israeli, Italian, Chinese, French and vegetarian fare.