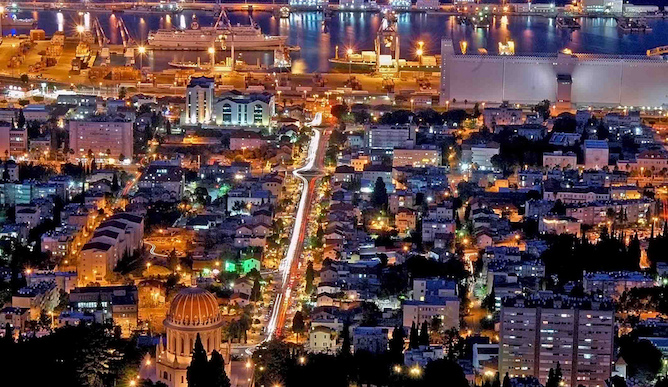 Haifa boasts some of the best views in Israel.

Haifa happens to boast some of the most picturesque views in Israel. It sits on the slopes of Mount Carmel overlooking Haifa Port and a Mediterranean beach strip.

Israel’s third largest city is home to the world-famous Baha’i Gardens – and is often described as a model of coexistence among residents from different religious communities.

It houses academic institutions such as the Technion; Matam, one of the oldest high-tech parks in Israel; and petroleum refining and chemical plants. And, of course, it is the pastry capital of Israel.

Haifa is hilly, so tourists should start at the top of the city and walk their way down. Better yet, mix walking with public transport, including buses and the Carmelit, Israel’s only subway system.

Following ISRAEL21c’s other city guides – Jerusalem, Tel Aviv and Tiberias – we now bring you 18 cool things to do in Haifa for free: 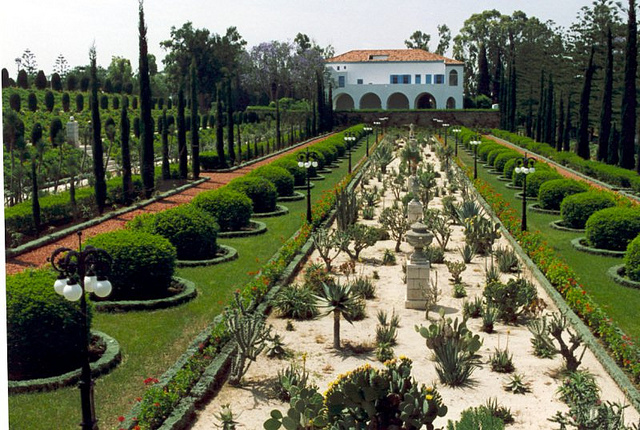 Walk through the gardens by yourself (open from 9 to 5, seven days a week) or take a free tour (daily except Wednesdays). The inner gardens near the golden-domed Shrine of the Báb close at noon. 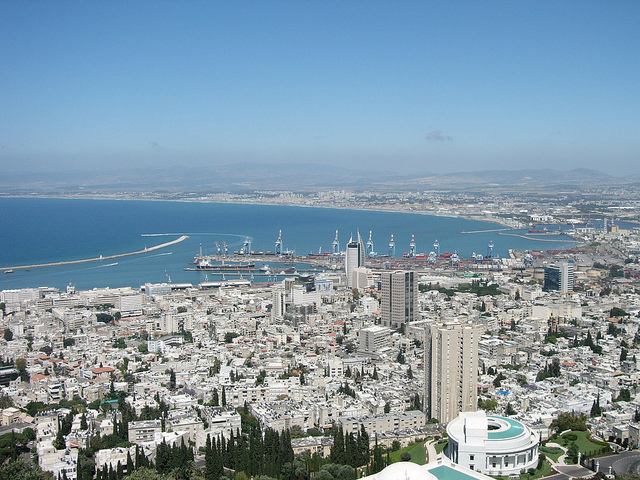 Just 400-meters long, the Louis Promenade is one of the most picturesque city walkways you’ll ever cross. The promenade was built in 1992 along Yaffe Nof (“Beautiful View”) Street and stretches from Hotel Nof to the upper entrance of the Baha’i Gardens. Take in the panoramic view of the Haifa Bay, Acre, Mount Hermon and Rosh Hanikra.

Another fantastic vista of the Haifa Bay can be caught from the Stella Maris Carmelite Monastery, a 19th-century monastery on the slopes of Mount Carmel.

Take time to go inside the church — a beautiful structure with colorful Italian marble and ceiling paintings. It is located across the street from the Old Lighthouse. The lighthouse, church and other buildings at this site are collectively known as “Stella Maris.” 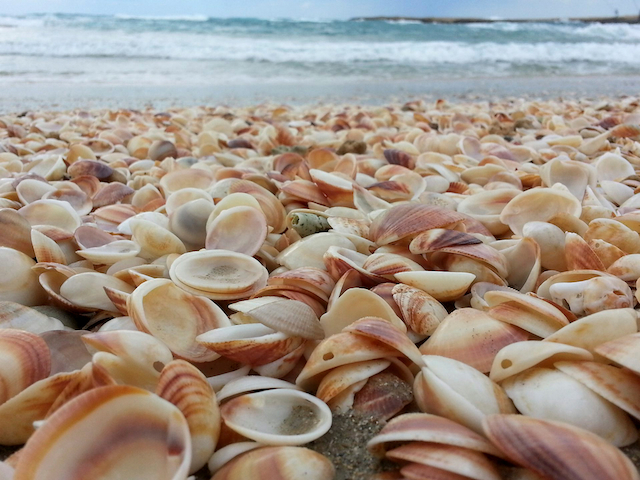 Shells on the Haifa seashore. Photo by Shay Levy/Flash90

Haifa has some stunning beaches. Bat Galim beach and Dado beach are popular and near snack bars and playgrounds. The Quiet Beach (Hof Hasheket), in the Haifa Bay area behind Rambam Hospital, is pristine and peaceful. Its breakwater makes swimming in the sea similar to a swimming pool. This beach is segregated: men on Mondays, Wednesdays and Fridays; women on Sundays, Tuesdays and Thursdays. Everyone can splash together on Saturdays.

The Haifa Tourist Board reminds visitors that swimming in the Mediterranean is only permitted when a lifeguard is on duty.

The Carmel Beach Promenade between the Hotel Leonardo and Zamir Beach is lined with restaurants and places of entertainment. In the late afternoons and evenings it comes alive with local residents and tourists.

Or watch the superlative sunsets over Bat Galim Promenade, which follows the seashore past restaurants, coffee shops, a diving center, surf club and cable-car station. 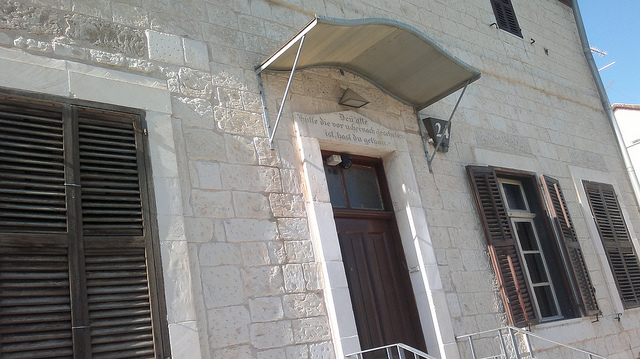 Just beneath the Baha’i Gardens sits the German Colony, Haifa’s culture and tourism center. The neighborhood has been beautifully restored from its beginnings as a German Templer community in the 1860s. Today, the main thoroughfare — Ben Gurion Boulevard — is lined with red-roofed cafés, restaurants and boutiques. This is the place to come to eat, relax and enjoy nightlife, tour the Templer architecture or pop into the city’s Visitors Center. 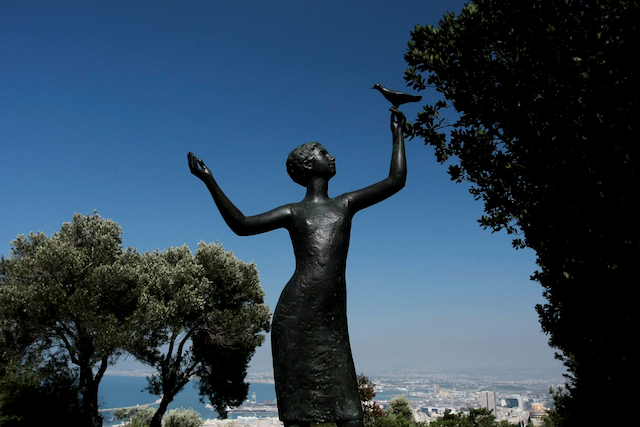 This small park presents 29 bronze sculptures by artist Ursula Malbin, a Berlin-born sculptor who fled Nazi Germany in 1939. Many of the works depict children at play among the greenery. Said to be the first public sculpture garden in the world dedicated to the works of one artist, it’s located on Zionism Boulevard and Second in November Street, open daily until 6pm.

Elijah’s Cave is a holy site that attracts worshippers from near and far. Many visitors mistakenly think this is a good spot for hiking. It’s not. There’s a stairway to the cave, located off Allenby Street. According to tradition, Elijah came to pray here before challenging the prophets of Baal. The cave has a Torah ark and a space in the ceiling where visitors place prayer notes. 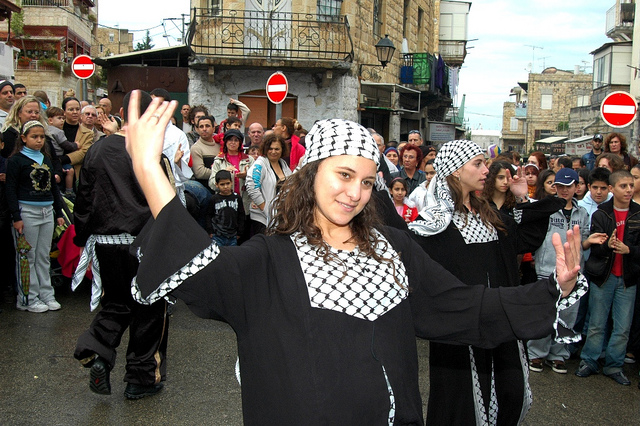 The Beit Hagefen Jewish-Arab Culture Center is a meeting place for Haifa’s different national, ethnic and religious groups. The art gallery on site (free entrance) is dedicated to local, Middle Eastern and international art addressing multiculturalism and dialogue. A children’s library in a historic building in the complex offers Arabic, English and Hebrew books.

Beit Hagefen is located in the Wadi Nisnas district – a Christian-Arab neighborhood famous for its falafel joints and traditional pastry shops. (Many stores are closed on Sundays.) Local author Sami Michael set his novel, Trumpet in the Wadi, in this neighborhood. 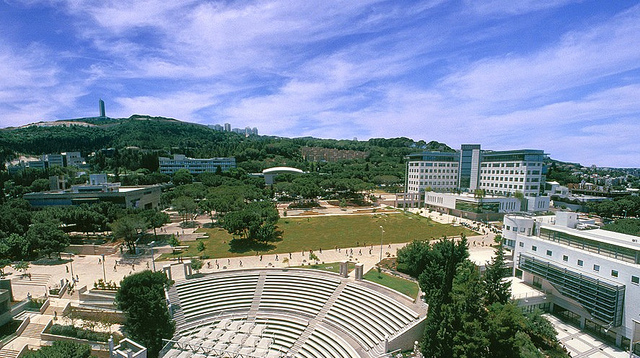 Consistently rated one of the world’s top engineering schools and dubbed the “MIT of Israel,” the Technion has served up three Nobel Prize winners as well as game-changing developments and leading technology startups. The Coler-California Visitors Center offers a hands-on look at the connection between education, research and industry, and illustrates how this university has contributed to the world.

11. Tomb of Avdimi of Haifa

“The Tomb of Avdimi is one of the hotspots for visitors to Haifa nowadays,” a Haifa Tourist Board official tells ISRAEL21c.

Avdimi is hailed as one of the greatest Jewish scholars during the third and fourth centuries. His traditional burial place lies in the ancient Jewish cemetery on 120 Jaffa Street. The dome-covered tomb is a pilgrimage point for seekers of blessings such as good health. 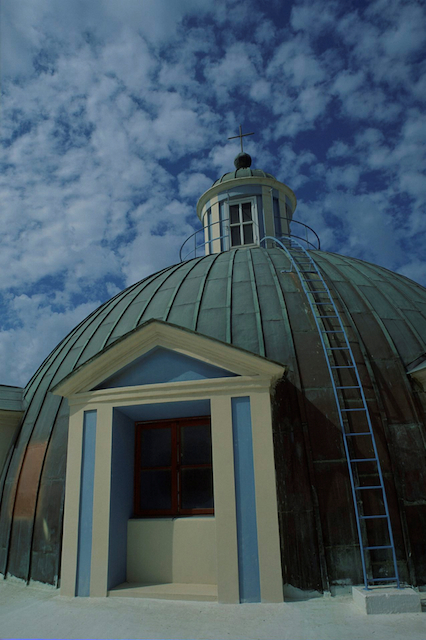 A church dome in Haifa. Photo by Doron Horowitz/Flash90

Haifa has long prided itself as a city of religions and cultures living harmoniously together. Out-of-towners looking to pray with a community can do so in Haifa. There are 240 synagogues representing every type of community – ultra-Orthodox to reform, Sephardi to Ashkenazi. Try the Orthodox Central Synagogue in the Hadar neighborhood or the Or Hadash Reform service on Fridays and Saturdays.

Muslim visitors can visit the Istiqlal Mosque, the biggest in the area and open during prayer services only; and the Mahmood Mosque in the Kababir neighborhood. Call ahead to organize a tour of this beautifully constructed holy site of the Ahmadiyya sect (972-4-838-5002).

Dozens of Haifa churches are open to the public, including a Maronite church next to Paris Square; a Carmelite church dedicated to the Prophet Elijah; and Saint Mary’s Greek Orthodox Parish Church.

13. Reuben and Edith Hecht Museum at the University of Haifa

If you’re a coin buff, the best reason to visit the Hecht Museum is to see the collection of Jewish coins and inscribed seals from the Biblical period – said to be one of the largest and most important in the field.

If you prefer archaeology or 19th and 20th century painting and sculpture, the Hecht Museum contains permanent displays of archaeology from the Israelite period; a 2,400-year-old ship, anchor and part of its cargo; ancient crafts and industries; works by Van Gogh, Manet, Monet, Pissarro, Soutine and Modigliani.

This gallery is named for the Jewish painter Marc Chagall, but you won’t find his works here. Instead, the Chagall Artists House serves as a home for local painters and sculptors. It hosts exhibits, cultural events, lectures, chamber music concerts, artists’ dialogues and more. Open every day but Friday. Call ahead to verify hours (+972-4-852-2355).

The 1,000 dolls at the Doll Museum take visitors on a Jewish history tour from biblical times through the Holocaust, the founding of Israel, peace treaties with Egypt and Jordan, to today – with fairytale characters such as Snow White and Sleeping Beauty included in the mix.

The museum is located in the Castra shopping mall, which also hosts permanent art exhibitions; the largest tile mural in the world based on biblical themes; and the Castra Museum for archaeology.

The Haifa power plant was the first electricity infrastructure in Israel. The visitors center film and exhibit take you back to the 1920s, when electricity was introduced to the country, through to today’s sophisticated structures, including stations producing electricity with natural gas. 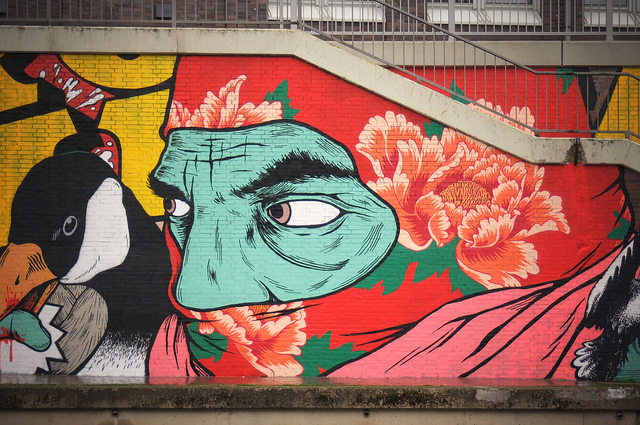 Masada Street is the hipster hangout and the best place to see street art. It’s a small leafy road with a bookshop, a “pre-loved” clothing shop, arty cafés and graffiti sprayed on every other building. The Broken Fingaz Crew – Haifa’s best-known graffiti collective – is behind many of the drawings on Masada Street.

A do-it-yourself driving tour of 21 lookout points spread across 60 kilometers in the city and along the crest of Mount Carmel, the Haifa Scenic Way is the first tourist route of its kind in Israel. For more information and a map, contact the Haifa Tourist Board.

UNCOVER ISRAEL - Get the ISRAEL21c
Weekly Edition free by email
Sign Up Now!
Bring Israel's story to life.
Millions of people around the world rely on us to gain a deeper understanding of Israel. We are the trusted source for original content you won't find anywhere else.
You can make a difference. Donate today to support journalism that brings Israel’s story alive.
SUPPORT ISRAEL21c
Read more on:   Technion-Israel Institute of Technology, Bahai Gardens, tourism israel, Haifa, See Israel, Experience Israel, Explore Israel, Travel, Things to do in Haifa, Stella Maris, German Colony, Art in Israel, Caves in Israel, Beit Hagefen, Things to do in Israel for free, Beaches in Israel, Israeli food and drink