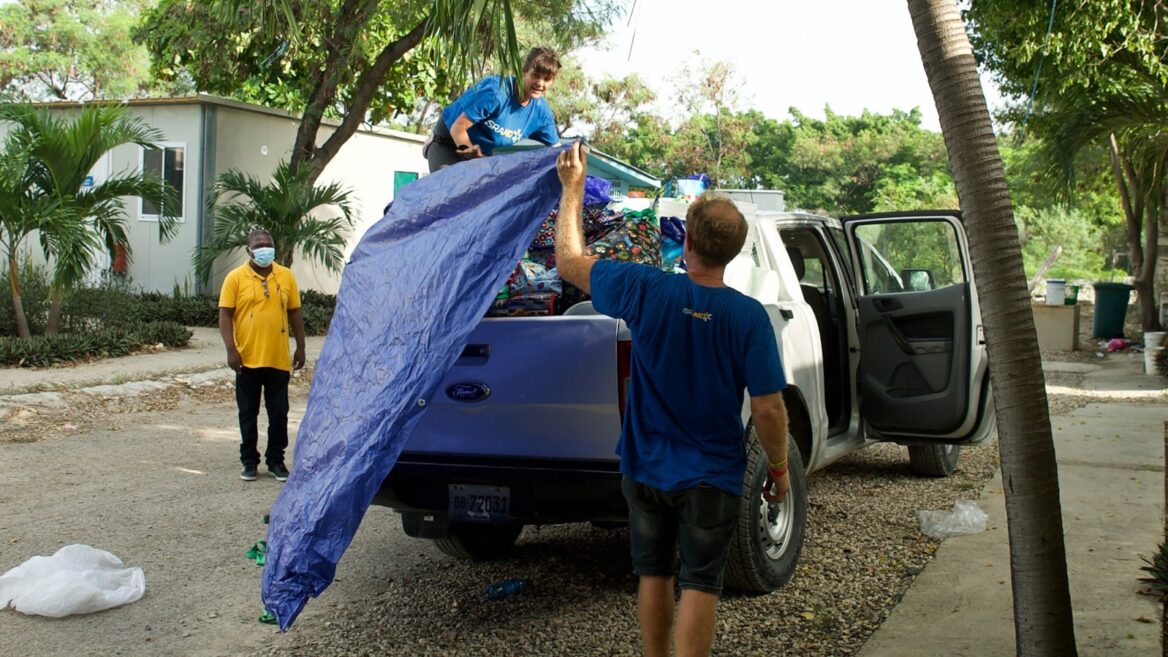 It wasn’t a convenient time for Ben Katzir to drop everything and fly to Haiti.

When a devastating earthquake hit the tropical Caribbean country on August 14, Katzir was just one month into his PhD studies in sustainable development at Tel Aviv University.

Nevertheless, three days later he was on a JetBlue plane, traveling 6,500 miles from Israel to serve as IsraAID’s emergency coordinator in Haiti. Also on the plane was Head of Mission Dana Yaari.

When disasters strike anywhere in the world, IsraAID and other Israeli entities often are among the first to respond. It was no different this time, when the earthquake left some 684,000 Haitians urgently in need of relief items and psychosocial support.

IsraAID and SmartAID were there within days. 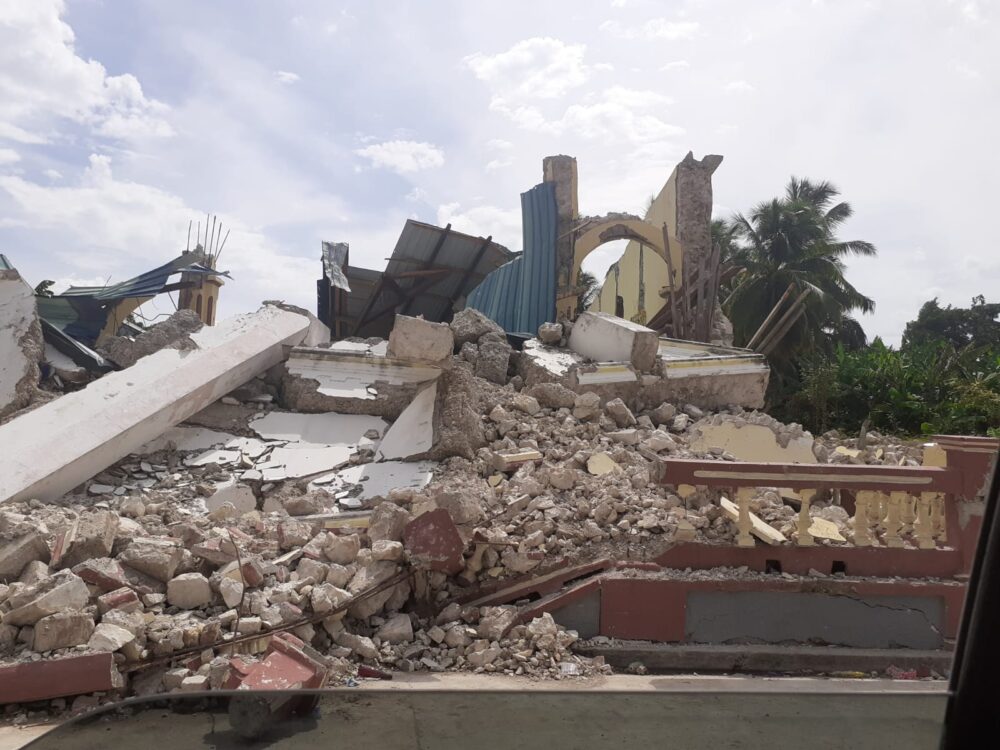 A Catholic church in Baraderes, Haiti, ruined by the August 2021 earthquake. Photo by Ben Katzir

Katzir, 38, was strongly drawn to be part of the effort. He’d been on IsraAID’s team in Haiti after the major January 2010 earthquake. The relationships he forged then and during a subsequent stint made it impossible for him to stay away now.

“A month before the earthquake, one of the kids I worked with in 2010 wrote to me, ‘Hey, Mr. Ben, I want you to know that you changed my life. You gave me a reason to live.’

“And the moment the earthquake hit, even before I heard the news about it, this same young man called me,” Katzir says.

“I’ve already met him here. He wants to work with us, and I am going to mobilize him somehow.”

The most critical needs are psychosocial services and water, sanitation and hygiene services (WASH). 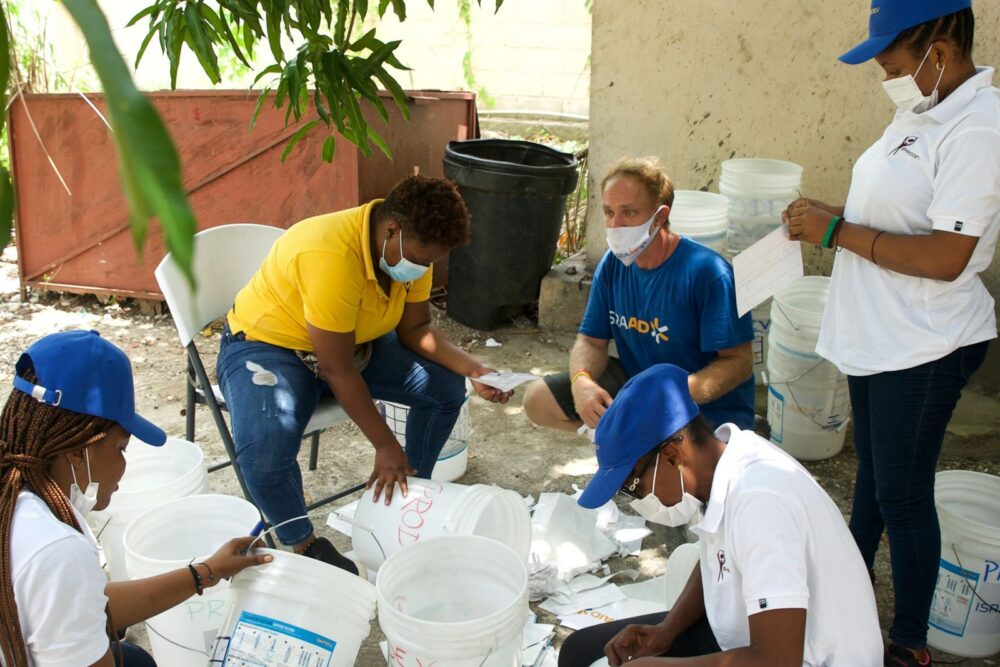 “We aren’t here just to take pictures,” Katzir stresses. “While we are doing assessments, we are already doing good by distributing shelters, water treatment kits, hygiene kits and solar lights.”

He and Yaari brought a large water filter made by Israel’s NUFiltration  and are distributing smaller filtration systems from American company Sawyer to remote communities affected by the earthquake.

They work in coordination with PRODEV Haiti, a local organization that supports Haitian teachers and schools, and with the Israeli Embassy in the Dominican Republic (which covers Haiti as well) and the Israeli honorary consul in Port-au-Prince.

The video below shows Katzir explaining in fluent Creole to teachers and community mobilizers how to install and operate the filters.

“We are doing small community-based trainings to teach them how to use the equipment themselves, and we also have a larger machine that we take from community to community to treat the water,” Katzir told ISRAEL21c in a WhatsApp conversation punctuated by poor connectivity.

The earthquake led to more than 2,200 deaths and the displacement of 30,000 families.

Traveling around to different areas with local partners to assess the damage and how they can help, the IsraAID workers encounter heartbreaking situations.

“The needs here were already huge, and the earthquake made everything worse,” Katzir says.

“We met people that lost loved ones. We met one mother who doesn’t know where her child is, and a child who is afraid to leave his father’s side.” 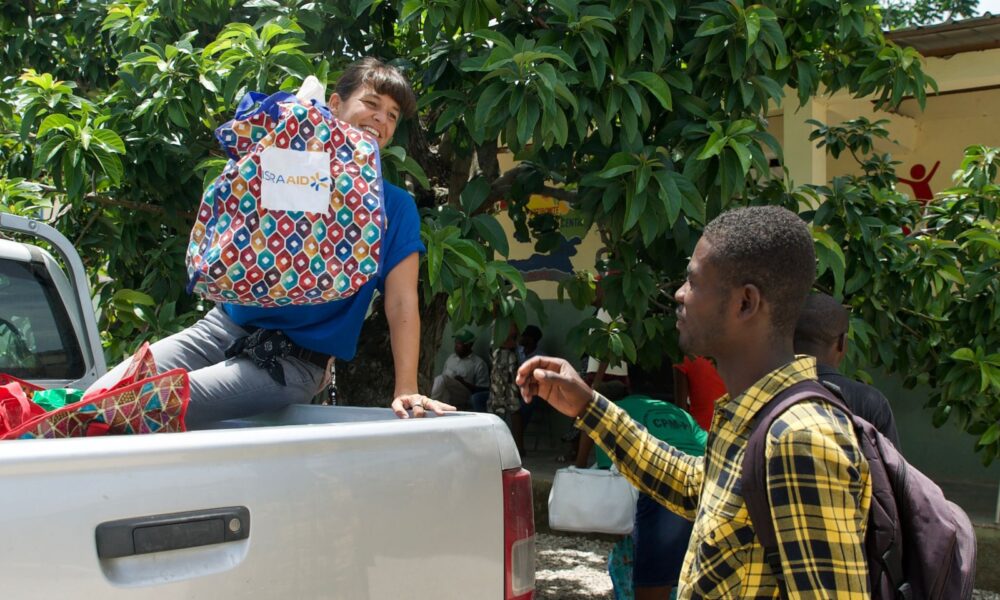 To make matters worse, there have been many aftershocks and then a tropical storm bringing high winds and downpours.

“People told us that because of the rains that came after the earthquake, dead bodies were washed into the river, and now they can’t drink the water,” says Katzir. “And many people were sleeping outside even if their house wasn’t totally crushed because they are afraid.”

For IsraAID staff sheltering temporarily in a school compound, the heavy rain forced them from tents into the empty classrooms. (School is supposed to start on September 6 but Katzir doesn’t think that will happen in the affected areas because many school buildings were damaged.)

Mudslides made some of the schools they intended to reach by car inaccessible. Instead, they set up central distribution points where teachers can come and get supplies.

“I lost count of how many days we’re here,” says Katzir, “because every day is like a month. There is so much to do. I need to go back to Israel soon, but others will continue this work.” 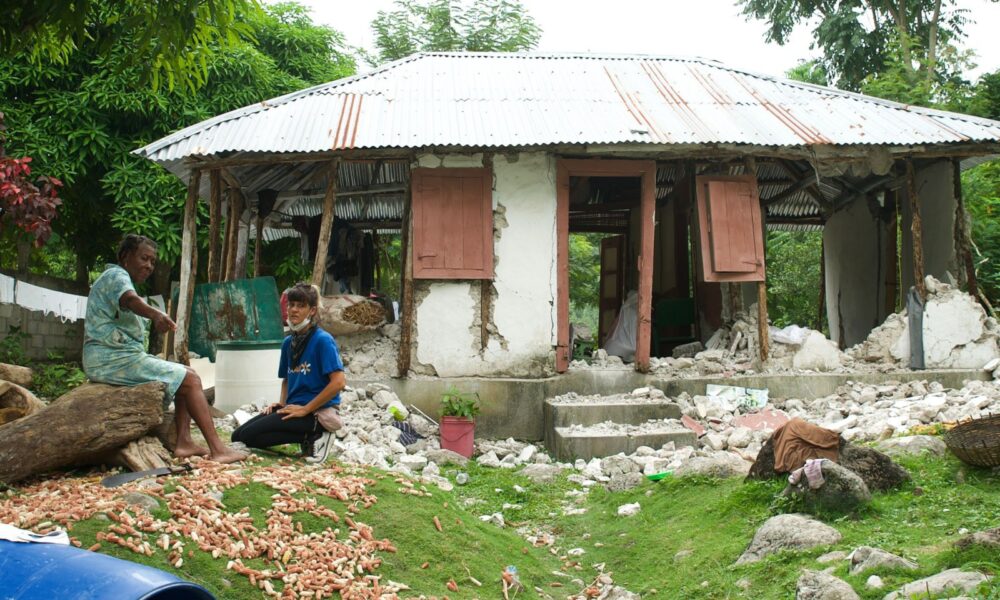 Katzir has a long history of giving humanitarian aid. After his military service in 2005, he worked in Nepal, Malawi and Ethiopia with various aid organizations in a variety of capacities.

“Then, after the earthquake in 2010, I joined IsraAID and Tevel b’Tzedek in Haiti without knowing anything about Haiti,” Katzir says.

“I changed people’s lives. I gave them hope. And then I went back to Israel and became just another student in a classroom. I couldn’t wait to return. The moment I finished my first degree [in agroecology, plant health and biotechnology at Hebrew University], I came back as an agronomist in 2012 for 11 months.”

In August 2013, Katzir returned to Ethiopia for more than a year to lead a regional deworming project on behalf of the NALA Foundation, an NGO affiliated with The Center for Emerging Tropical Diseases and AIDS at Ben-Gurion University.

Then he earned his master’s degree in ecology and evolutionary biology at the University of Haifa.

‘I love my connection with the people’

IsraAID had Israeli staff in Haiti through 2015 and again in 2016 to 2017, yet there were always local partners and residents they’d trained continuing to implement what the Israelis started.

“There has been criticism that the work of many organizations that came here in 2010 was not sustainable,” says Katzir.

“The projects they began disappeared over the years. What is amazing about IsraAID is that we remained committed in many different ways. The professionals and the youth groups we worked with are still here.”

“He is a very religious Christian, and he speaks some Hebrew,” says Katzir. “I love him. Because I speak Creole, I was able to make connections with many people here.”

One disaster after another

While pursuing his graduate studies, Katzir also has worked as a tour guide at Eco Israel Tours for seven years, specializing in Africa.

Three years ago, he tried to organize a tour to Haiti and the neighboring Dominican Republic, but not enough people signed up.

“I do wish one day to come here as a tour guide and not as an aid worker,” he says. “It is a beautiful country with amazing people, history, culture and food. But they are having one disaster after another.”

And then there’s the Covid pandemic.

“Nobody talks about it because there are bigger and more urgent problems at the moment,” says Katzir, noting that aside from NGO officials and healthcare personnel, most people don’t wear facemasks.

According to August 11 figures from the US Embassy in Haiti, the country of 11.26 million citizens has 20,477 active Covid-19 cases and 575 recorded Covid deaths.

Until July 14, Haiti was the only country in the Americas without a single dose of a Covid-19 vaccine. And even now, there’s only enough for 3-5% of the population.

“Now we hear in some areas affected by the earthquake people are having flulike symptoms and we hope it is not Covid,” says Katzir.

UNCOVER ISRAEL - Get the ISRAEL21c
Weekly Edition free by email
Sign Up Now!
Bring Israel's story to life.
Millions of people around the world rely on us to gain a deeper understanding of Israel. We are the trusted source for original content you won't find anywhere else.
You can make a difference. Donate today to support journalism that brings Israel’s story alive.
SUPPORT ISRAEL21c
Read more on:   Social Action, Haiti, IsraAid