This is nothing like the matzah brei you might be used to – these are cheesy fried rollups made according to a recipe that Rosie has been making for decades.

Find out how to make it yourself, with or without Grandma. Click on the video above to see what to do, and you’ll find the recipe below.

1. Peel a large potato and cook for 20 minutes.
2. Mash the potato in a large bowl.
3. Grate the cheeses and add them to the potato
4. Add three eggs to the potato and cheese mix, and season with salt and pepper.
5. Wet the matzot with water, cover with plastic wrap and towels and let them sit for one hour until they are soft.
6. Cut each matzah bread into three strips.
7. Fill each strip with the cheese mixture and roll.
8. Take the remaining egg and beat it. Then dip in the rolls.
9. Fry both sides of the rolls until the filling has melted. 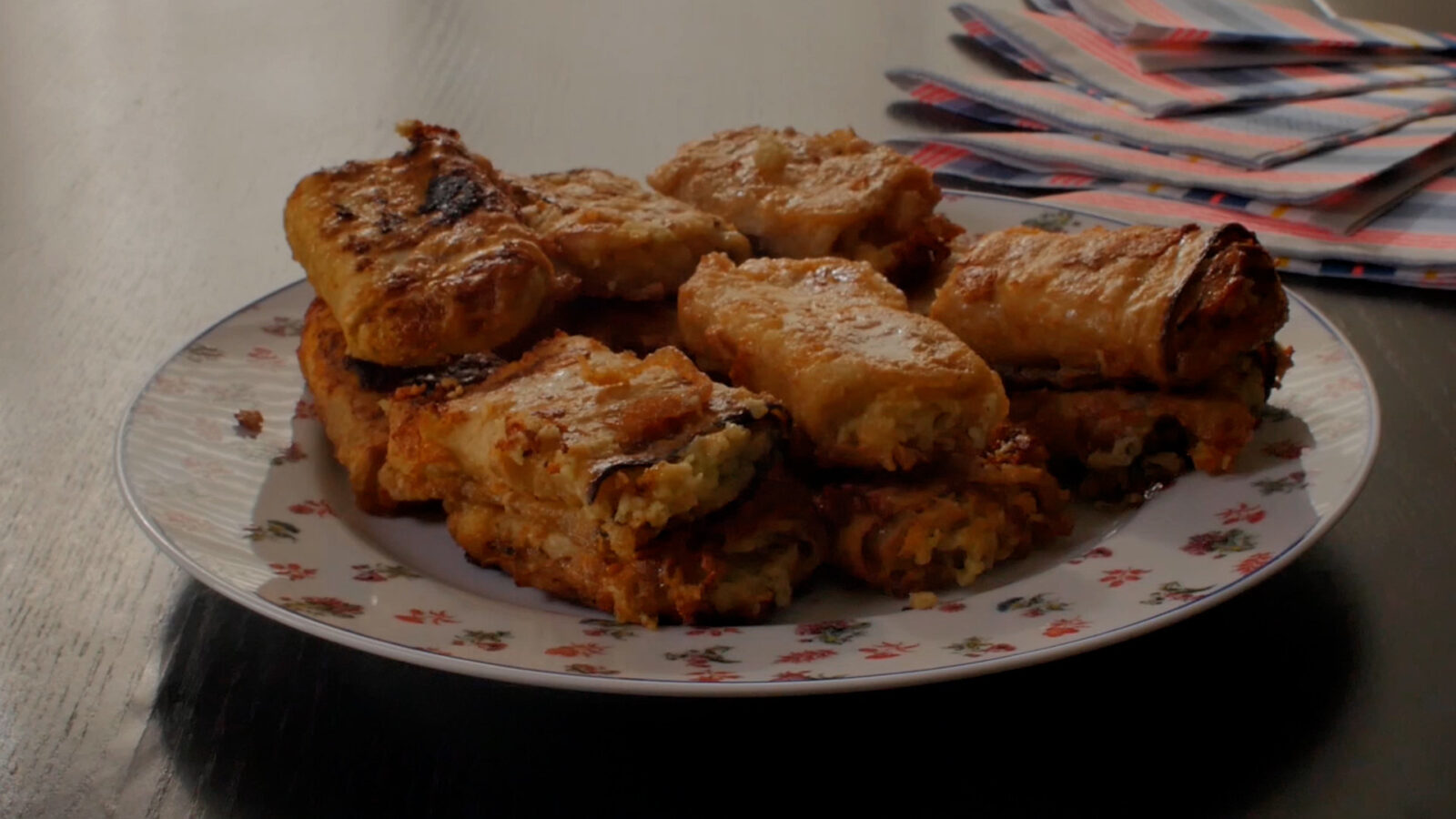 Cheesy matzah brei. Photo still from film
UNCOVER ISRAEL - Get the ISRAEL21c
Weekly Edition free by email
Sign Up Now!
Give
Every
Month
Help ISRAEL21c uncover
the Israel we love