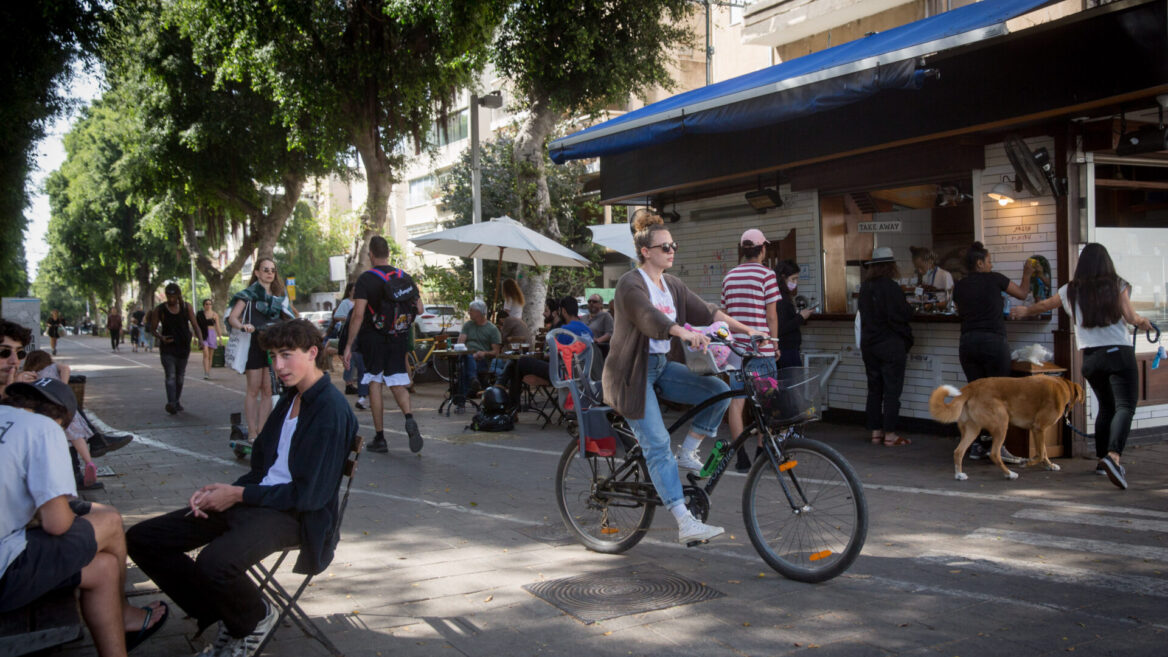 For the last year, following the coronavirus lockdown and restrictions that affected so much of our lives, the city that never sleeps has experienced a most abnormal year-long hibernation.

Naturally, for the culture capital of Israel, it meant a full shutdown of all nightlife spots, restaurants, and the entire arts scene. For a city in which empty streets and almost no traffic bring to mind a quietness you only normally experience on Yom Kippur, it was certainly an unusual year.

Now, after Israel’s extensive vaccination program (in Tel Aviv, 80 percent of people over 16 have been vaccinated against Covid-19 according to the Tel Aviv Municipality), outdoor mask-wearing is no longer a requirement, and restaurants, bars, cafes and shops are opening everywhere.

Tel Aviv Municipality will allow holders of ‘green passports’ (given to anyone who’s been vaccinated or recovered from the virus) to attend concerts, exhibitions, restaurants, and bars.

In addition, today (May 6), an Israeli government panel also announced it will remove almost all remaining restrictions on sporting events, gyms and public pools.

While Tel Aviv is just starting to dust itself off from the repercussions of the pandemic, its residents could not hold their excitement.

For the past few weeks, hundreds of thousands of people have been swarming the main streets and shopping centers of the city in an understandable frenzy.

Bars are jam-packed, restaurants booked up weeks in advance, and tickets to concerts are sold out within minutes.

“The first night the bars opened I went out to the Uganda bar (Simtat Beit HaBad 5, Tel Aviv) with a group of friends,” says Daria, 27, an art student.

“We were amazed at the number of people there, the queue to the bar was at least 20 minutes long, and people were sitting on the floor on the side of the street.”

Since the reopening, Tel Aviv restaurants have been fully booked for days, if not weeks-resulting in popular spots barely keeping up with the demand.

“Some of my friends volunteered to work as waiters, including my daughter and son. We posted on our Facebook page that we’re fully booked on weekends till further notice.”

Ganor is optimistic though. “Until everything returns to normal, there will be some frustrating days, but the Israeli crowd is great, they’re patient and loving.”

To help you plan ahead and build up your excitement, here is a list of some of the best events so far to stick in your diary for this coming summer in Tel Aviv. We will add more as events are finalised.

“Thanks to our world-leading vaccination campaign, we are ready to welcome back international visitors to our city. As we bid farewell to Covid-19, we say shalom and welcome to the return of the world’s languages to our streets.”

Tel Aviv’s Pride Parade is Back 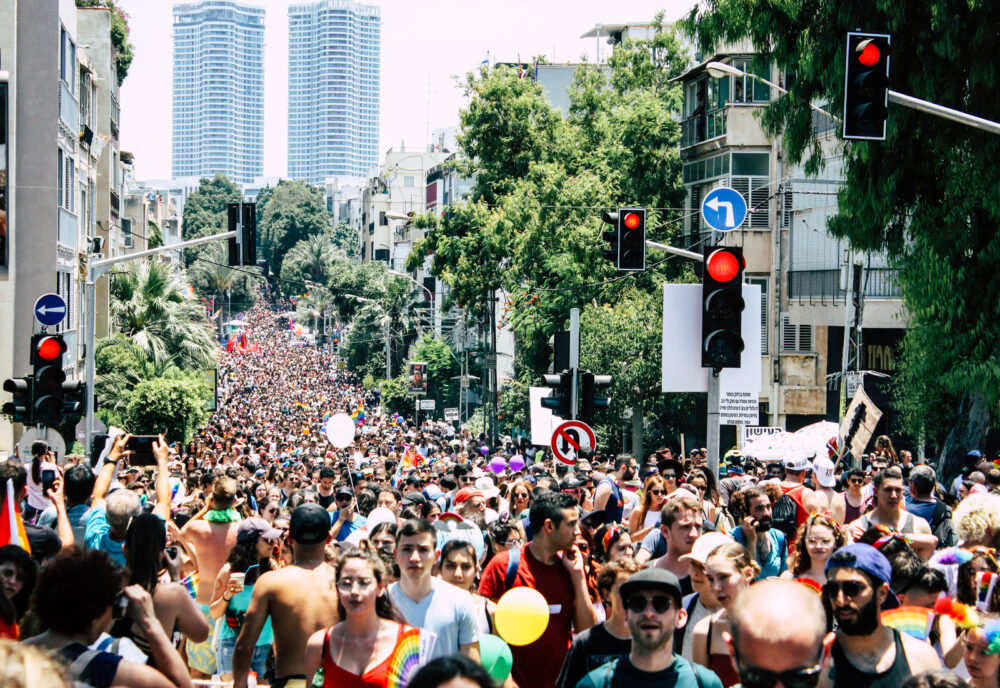 Tel Aviv Pride in 2019. Look at all those people crammed together!! This year’s event will be much more socially distanced. Photo by Shutterstock

Given the pre-existing coronavirus restrictions, the Tel Aviv-Yafo Municipality is unable to hold the parade in its familiar format, as it has done for the past 20 years. But a smaller event is in the works: a march through the historical route – minus the big trucks.

This year, the march organizers decided that it would be worthwhile to walk the historic route from the late 1990s – gathering at Rabin Square, and walking through Ibn Gvirol to Hayarkon Park, where a colorful pride event awaits at the Sportek complex.

Roman Holiday is one of Audrey Hepburn’s most popular romantic comedies. The 1953 film tells the story of a princess who escapes her guardians and falls in love with an American journalist in Rome. 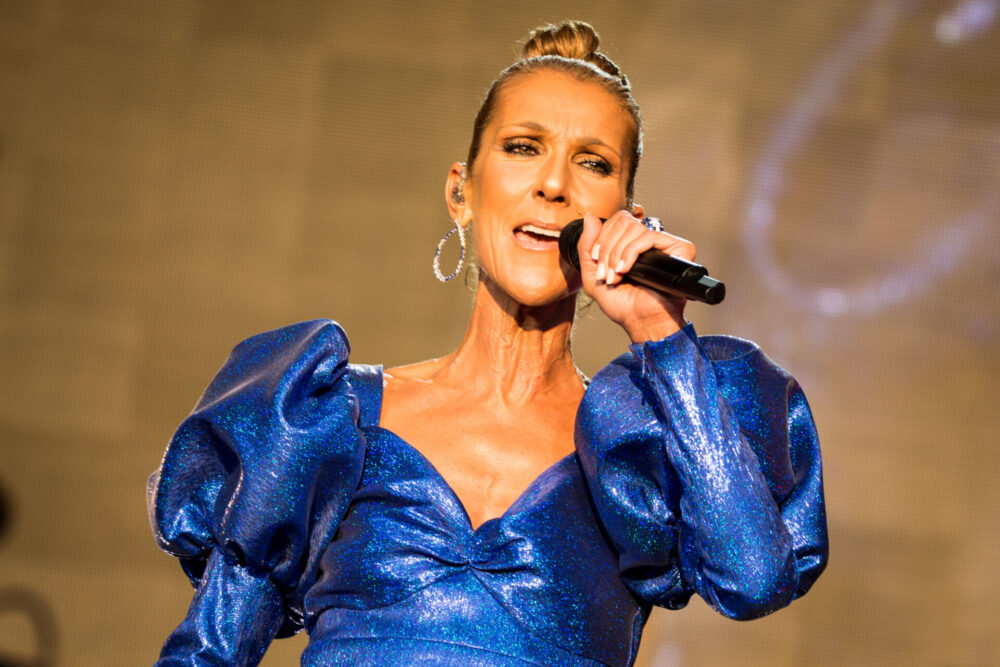 Celine Dion performs at Hyde Park in London in 2019. Photo by Shutterstock

The world’s greatest Canadian-born diva is ready to take a break from her record-breaking Vegas residency and embark on a grand world tour.

The Celine Dion: ‘Courage World Tour’ will include her first-ever performance in Israel. Get ready for your hearts to go on at the sight of the powerful singer this summer at Tel Aviv’s Bloomfield Stadium.

Docaviv is the largest film festival in Tel Aviv and the only festival in Israel dedicated to documentary films.

Over the years the festival has become one of the most respected and sought-after festivals of its kind in the world. The 23rd Docaviv will run for 10 days and includes an exciting lineup of more than 120 films, special screenings, artist talks, industry events, and more.

The Pixies are Back in Town

The American alternative rock band and one of the most influential groups of the 80s and 90s return to Israel for the third time.

The Boston-based band is set to perform all the classics alongside new material from their comeback album at the Tel Aviv Exhibition Center. 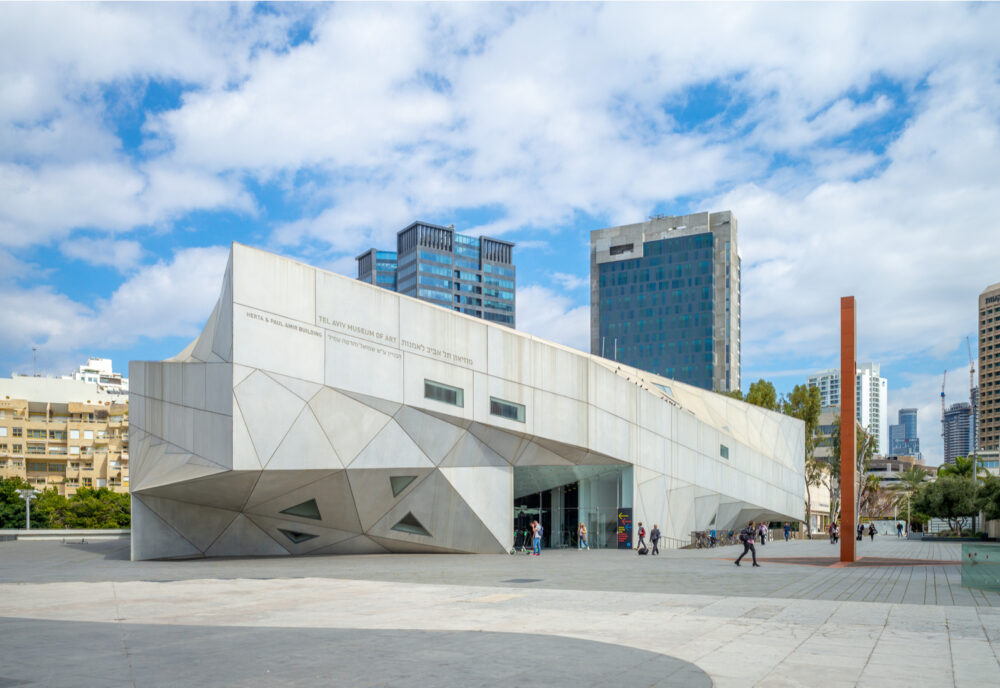 always worth a visit to Tel Aviv Museum of Art. Photo by Shutterstock

Alexander Calder is one of the most diverse creators of the modern art world in the twentieth century. Calder is known for his invention of the artistic mobile and his intuitive use of pure color, gesture, and line, which extends between subtle biomorphic shapes and geometric forms.

The exhibition focuses on a lesser-known part of Calder’s output: his gouache paintings.