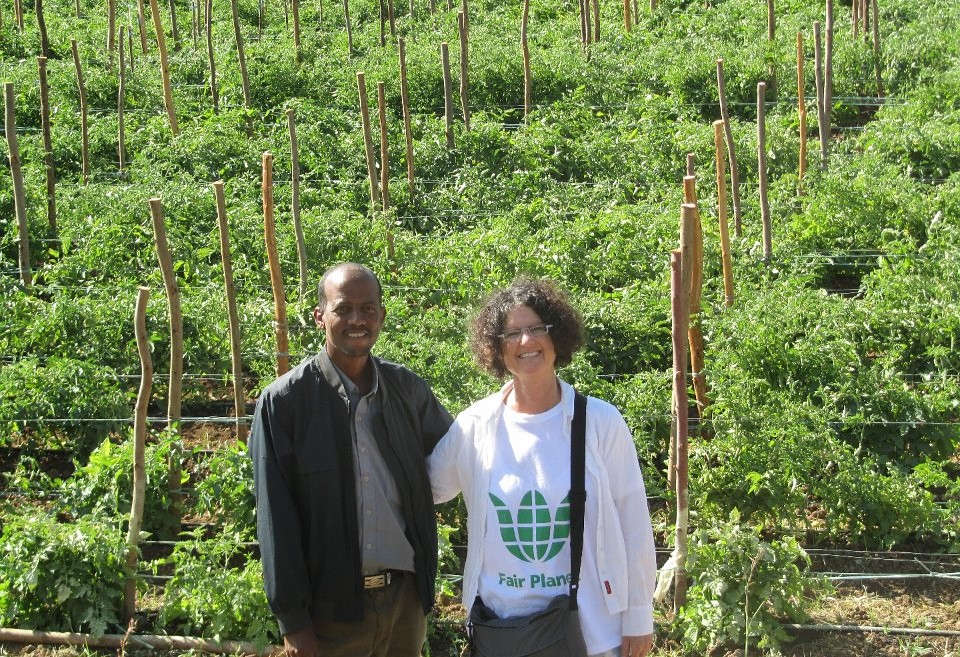 Agriculture provides a source of income for 40 percent of today’s global population, according to a 2016 United Nations sustainable development report. And yet, food insecurity is rife, with one in nine people classified as undernourished.

Israel’s celebrated agricultural knowhow is being farmed out to help the world’s poorest people break the cycle of hunger and poverty. Across the globe, countries are seeing better results from using Israeli methods for raising crops and livestock.

MASHAV, Israel’s Agency for International Development Cooperation, is the most prolific organization actively sharing Israeli agricultural advances with a new crop of agriculturalists and agronomists.  Its training seminars have so far benefited some 200,000 people from more than 130 countries. 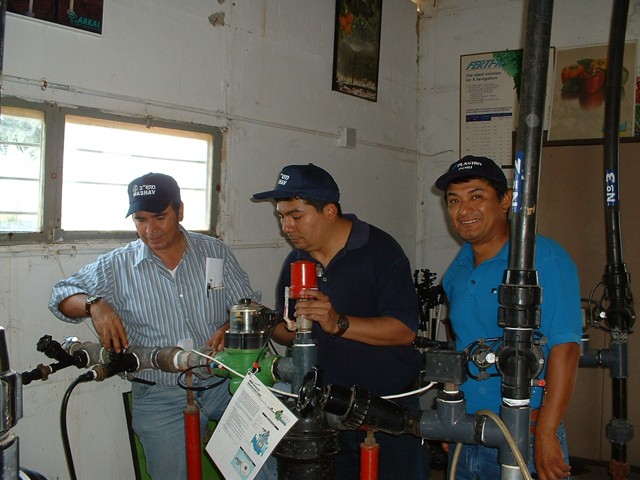 MASHAV’s ongoing activities are too numerous to list, so we have included only some of those from 2016 below.

A delegation from Kenya came in August to learn advanced irrigation techniques at the MASHAV Agricultural Training Center (MATC). 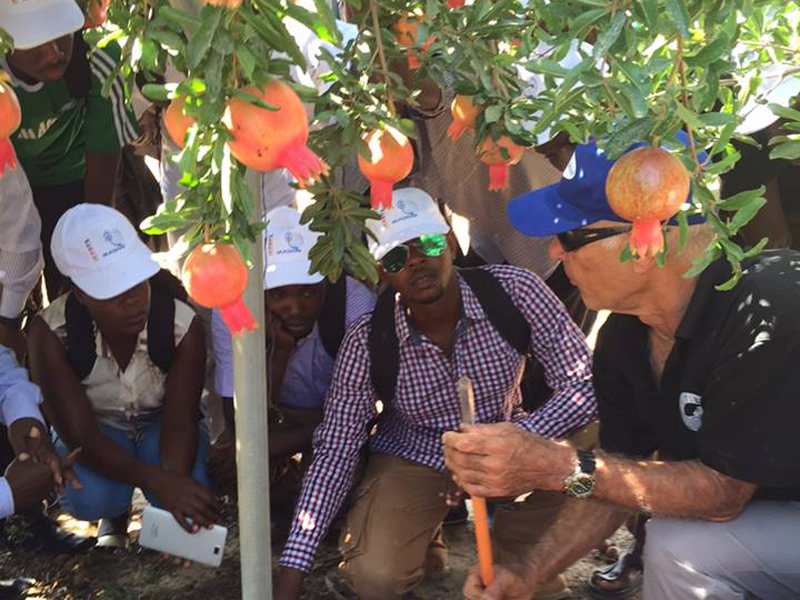 Professionals from 11 Latin American countries — Argentina, Colombia, Costa Rica, Ecuador, El Salvador, Guatemala, Honduras, Panama, Paraguay, Peru and Uruguay — came to learn about the country’s famous dairy sector and how to adapt the Israeli structure and organization to their own countries. 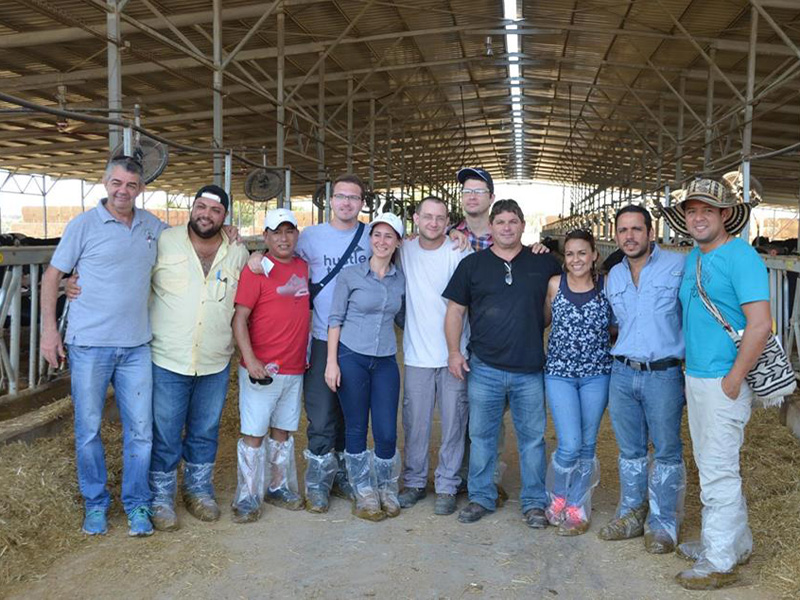 One of the places they visited was the Volcani Center – the research arm of the Israel Ministry of Agriculture. Delegations regularly come here to see the Israeli closed-loop cowshed ecosystem.

“We can teach organic dairy farmers methods for producing a better industry, from how to treat the bed of the cows and using the cows in the most productive way,” Joshua Miron of the Ruminant Sciences Department at the Volcani Center told ISRAEL21c. 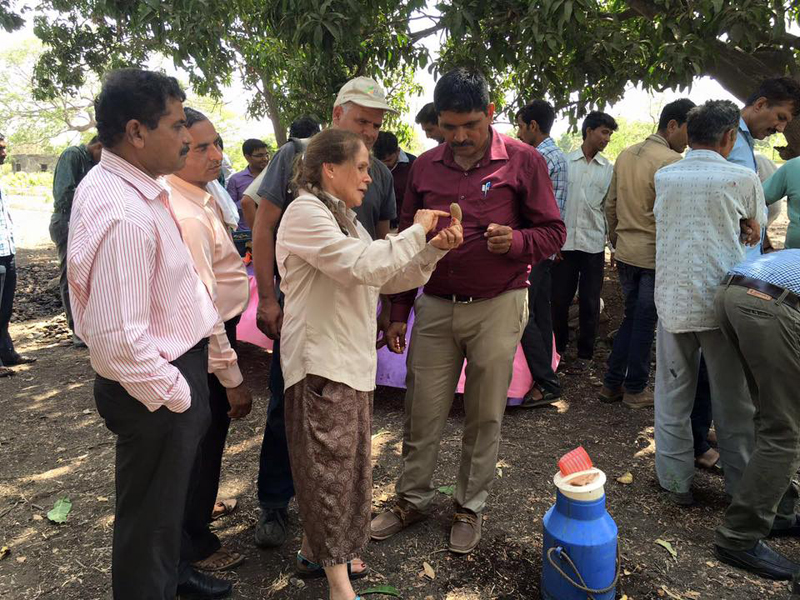 In June, Israeli experts went to India to conduct a workshop on rejuvenating mango trees, under the auspices of MASHAV’s Indo-Israel Agriculture Project. The Israeli techniques will more than double productivity per tree and significantly improve the size and quality of each fruit.

Professionals from Latin America and from Armenia, Azerbaijan, Belarus, Georgia, Kazakhstan, Ukraine and Uzbekistan took MATC courses on development and innovation in horticulture. 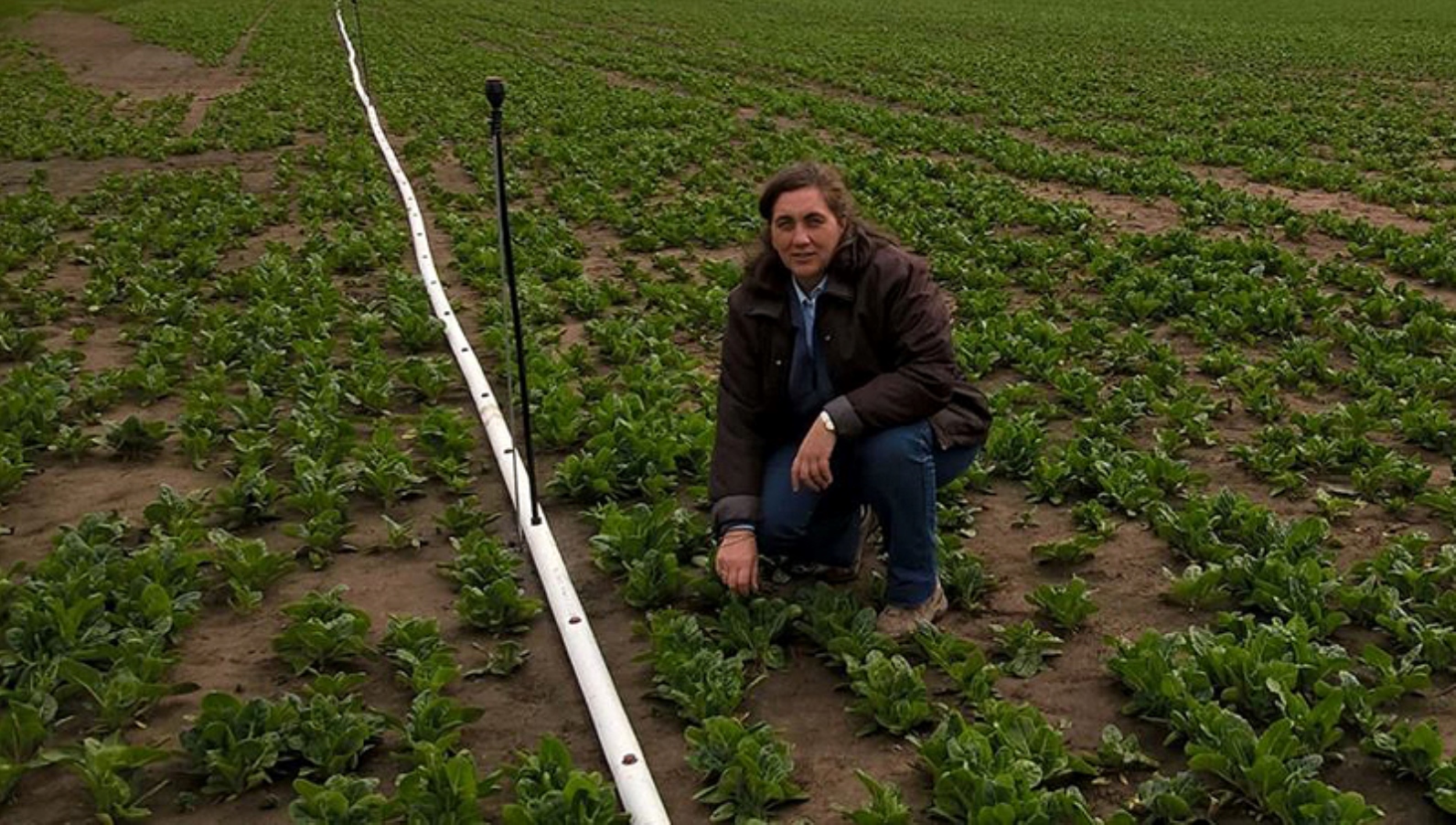 Agricultural Extension Officer Cristina Mondino, a graduate of a MASHAV-MATC course, is sharing with her colleagues in Argentina the horticulture knowledge she acquired in Israel. Photo: courtesy

A Center of Excellence in Agriculture was established by MASHAV in Kigali, Rwanda, based on a similar MASHAV center in India.

Countries including Senegal, Cameroon, Ethiopia, Ghana and Peru were among the other beneficiaries of MASHAV agricultural training this year.

Another way Israel shares its agricultural expertise is through the Arava International Center for Agricultural Training (AICAT) in the Arava desert. This school has hosted over 10,000 undergraduates from across Asia and Africa at its 10-month agriculture work-study program over the past 20-plus years.

“Nearly 25 percent of the world’s population lives in poverty and we have the knowhow to help. We realized there was an opportunity to create a school and share our knowledge of high-tech farming practices,” AICAT Director Hanni Arnon told ISRAEL21c. 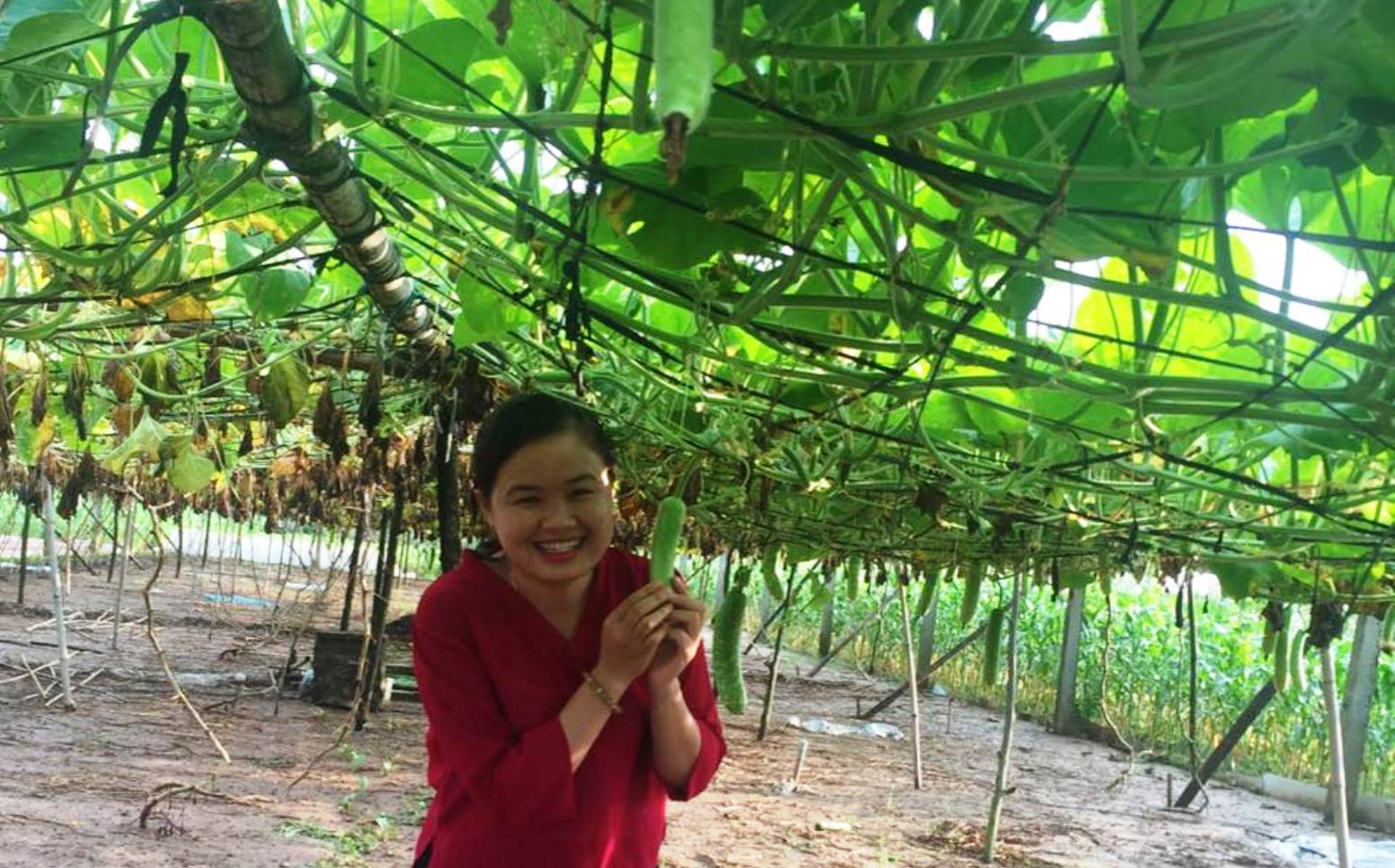 Anh Phung from Vietnam proudly showing her farm’s yield after her AICAT training. Photo via Facebook

Established with the mission of bringing in students from underdeveloped regions, AICAT has partnerships with Keren Kayemeth LeIsrael-Jewish National Fund (KKL-JNF), Partnership2Gether, MASHAV and CINADCO-The Center for International Agricultural Development Cooperation within the Ministry of Agriculture and Rural Development.

“Because of JNF and AICAT, we’re getting the knowledge and experience we need to rebuild our country,” said Binod Ghimire, an AICAT student from Nepal.

“A plant is a plant. It doesn’t matter if you grow a tomato here or somewhere in Asia or Africa. It still needs good soil, water, sun and pest control. We’re teaching that you need to plan, use the right methods and research,” said Arnon. “Israel’s desert landscape proves that if you have the will and the right methods, a farm can grow and succeed anywhere.”

The Fair Planet nonprofit organization is also on a mission “to increase food security and provide new economic opportunities for the millions stuck in poverty.”

The 2012-launched Israeli project gives smallholder farmers access to cutting-edge seed technology and shows them how to grow the highest-quality vegetable varieties with minimal changes to their traditional practices.

Fair Planet recently completed a pilot project in Ethiopia, in which local farmers were taught to grow new tomato varieties. These high-quality varieties yielded more than five times the average national yield and the fruits were bigger with a longer shelf life, allowing higher pricing and increasing farmers’ income. 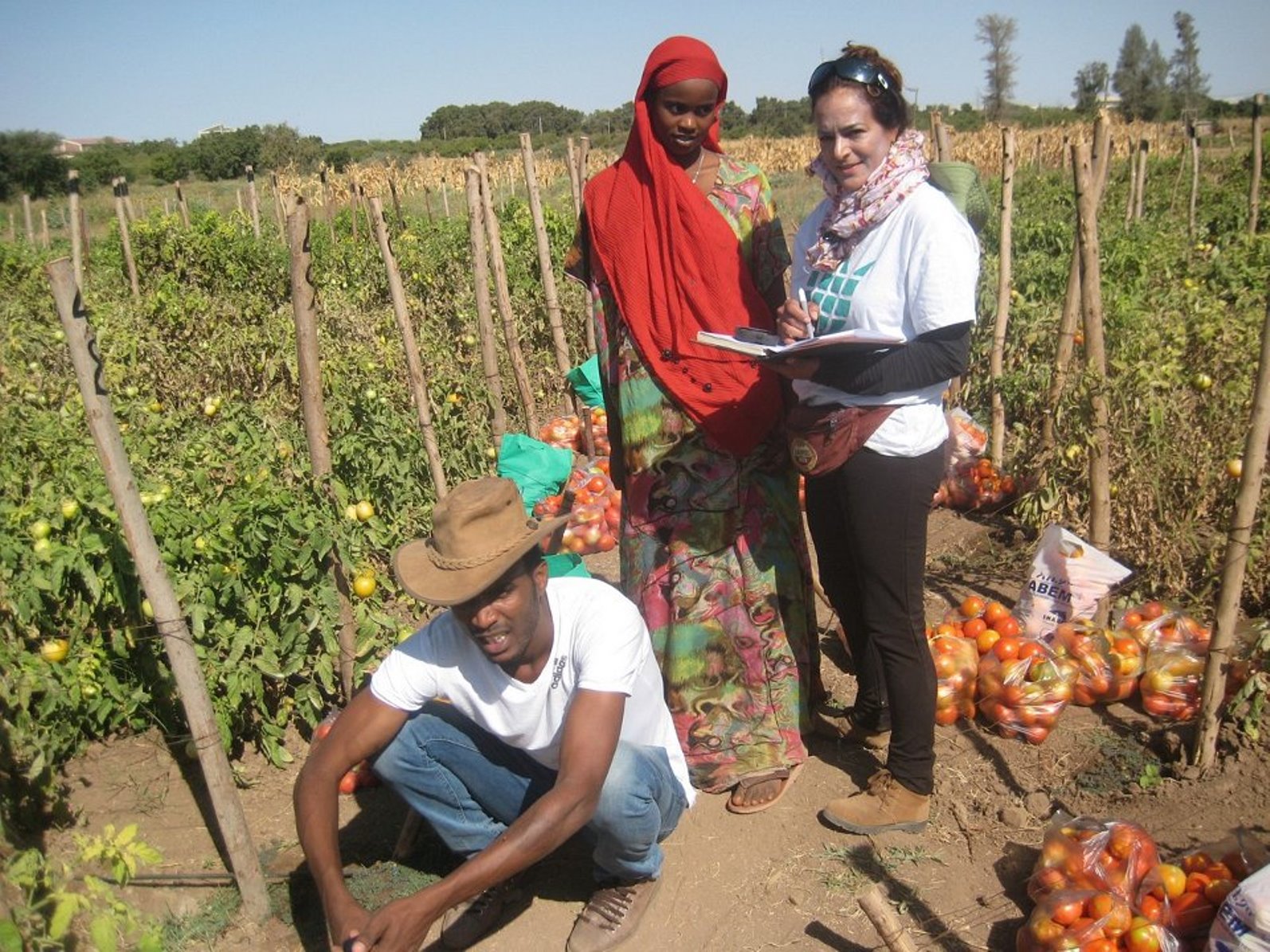 “Their tomatoes used to be small and soft. Now they are bigger and firmer with a longer shelf life, and can be marketed to higher-end markets in a wider window of time. This is a life-changing opportunity, a tool to exit the cycle of poverty,” Fair Planet founder Shoshan Haran told ISRAEL21c.

“A bit of knowhow to support production helps them do it right with better seeds. And the quality of the produce is much better,” said Haran.

Fair Planet’s partners include the Limagrain Group of France; Syngenta of Switzerland; Enza Zaden and East-West Seed of The Netherlands; Bayer CropScience of Germany; KKL-JNF; Netafim; MASHAV; and Haramaya and Gondar Universities in Ethiopia.

To find out more about Israel’s humanitarian aid work around the world, please click on our stunning online exhibition, My Name is Israel.