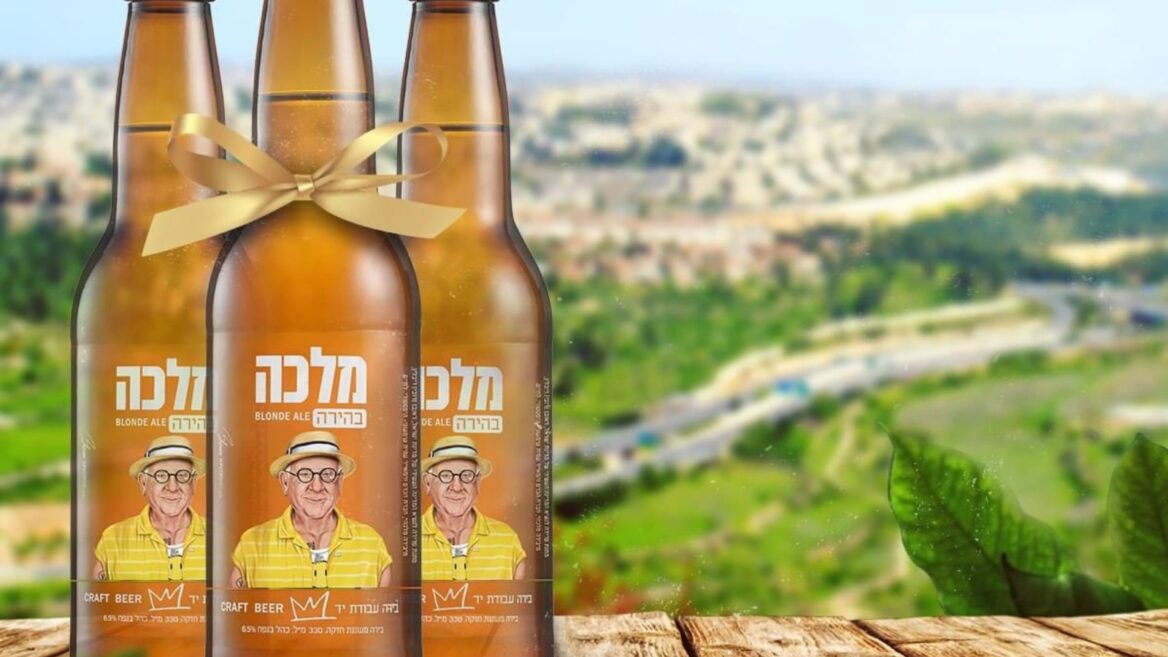 The blonde ale’s bottle label imagines the nearly 82-year-old president in a straw hat and yellow striped polo shirt with a“happy face” t-shirt peeking out from underneath. Tattoos are visible on his chest and arm.

They presented Rivlin and his staff with 250 bottles of Ruvi Beer and Shimoni’s original artwork. The good-natured president said he was happy to see the artist had “left the Israeli flag pin on my collar, at least.” 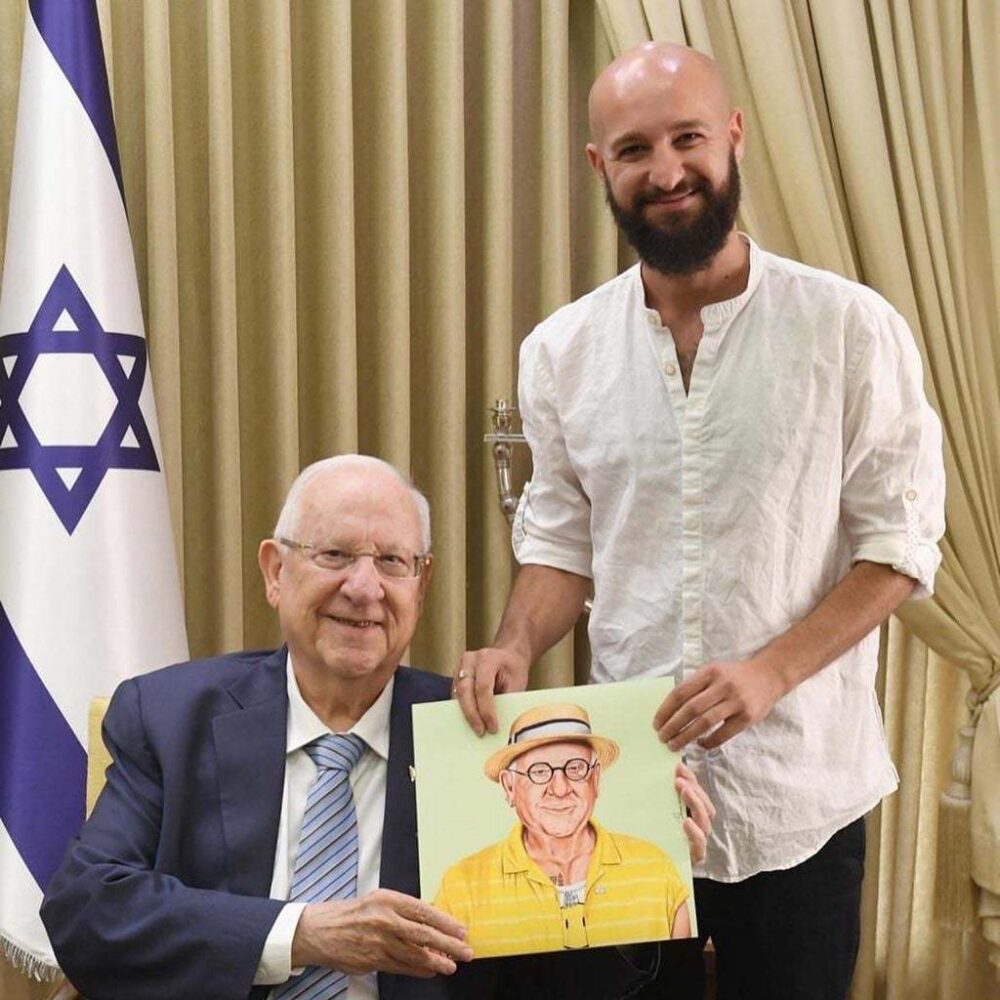 Amit Shimoni presenting President Reuven Rivlin with the caricature he made for the label of Malka Brewery’s Ruvi Beer. Photo by Mark Neyman/GPO

As Rivlin raised a glass with his visitors, he commented, “This is really a refreshing change – a cold beer to mark the approaching end of my term of office as president. … And if the flag flies on a beer bottle label, then it should be blue-and-white beer, our own.”

The Galilee-based brewery, founded in 2006, is exploring the possibility of putting Ruvi Beer on store shelves. However, it’s actually an existing beer with a special label, Marketing Director Maor Helfman tells ISRAEL21c.

“We sent a quiz to the president to ask what kind of beer he likes, and we found that he prefers a medium-bodied pale ale with a slightly strong alcohol content. We have a 6% alcohol beer that suited him – Malka Behira.”

This Belgian-style ale has citrus undertones from a special hop and orange peels added to the brewing process.

“We made l’chaim with him and he was delighted,” says Helfman. “His children and his staffers wanted bottles, too. It’s quite a unique piece of memorabilia.”

This isn’t Malka’s first collaboration with Shimoni, whose caricatures of famous people adorn coasters, pins, passport covers and other items sold online and in Israeli gift and souvenir shops.

“It was a great honor to illustrate and meet the president,” Shimoni posted on Facebook. “A man who took the responsibility to show us how to do things differently in these crazy last few years. The president received a summer edition beer made especially for him by the genius people from Malka: Ruvi Beer. Thanks for everything!”