Bader Al-Deen Sheaky from Halab, Syria, with his granddaughter outside the family tent at a refugee camp on May 2, 2016. Photo by Gili Yaari/FLASH90

“One day I will sue Assad for all the money I paid out to save his own people when he was shooting them,” Israeli-born serial entrepreneur Moti Kahana tells ISRAEL21c.

Over the past five and a half years, Kahana has funneled $2.2 million from his own pocket into helping Syrian victims of the ongoing civil war. Recently he established a foundation to solicit additional aid for Amaliah, his nonprofit organization focused on returning Syrians to a somewhat normal routine.

“There are 70,000 Syrians stranded in the desert who need to get home before the winter,” says Kahana from his home in the New York area. “They need potable water. An Israeli company donated a unit for purifying water, but we need thousands of those machines. We need to get the schools running again; we will ship books and whatever they need to get the kids back into school.”

“Israeli NGOs know that rebuilding Syrian schools and hospitals doesn’t mean the people will love Jews and Israelis. But if we don’t do that, ISIS will do it and bullets will be flying over the fence.”

In September, Amaliah arranged for the transfer of one ton of kosher meat from Israel for the feast of Eid al-Adha. “They hadn’t had meat for the last three years. We sent them meat, intentionally marked as kosher so they know who sent it,” says Kahana, who made headlines a year ago for orchestrating the rescue of the last Jewish family in Aleppo.

With funds from the Yitzhak Rabin Foundation, Amaliah recently bought a bus to transport Syrian children to Israeli hospitals for treatment they cannot get in Syria. “I asked the Jordanians and Israelis, and the Israelis were the first to say ‘Let’s do it,’” Kahana relates.

Since the start of the conflict, approximately 2,500 Syrians have received care in Israeli hospitals at the expense of Israeli taxpayers. Amaliah is shifting some of the burden to private donors. 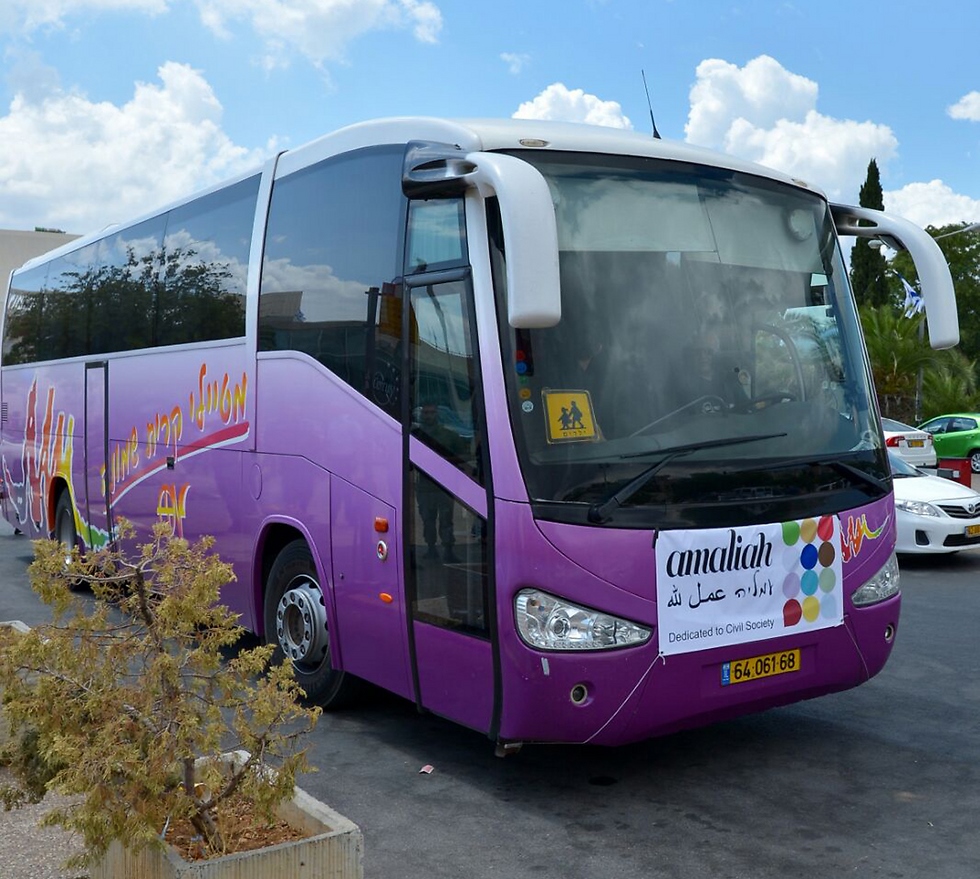 During the month of October alone, Amaliah’s “amazing” Israeli volunteers and one paid staff member arranged for three busloads of children and their mothers to enter Israel for care at Ziv Medical Center in Safed and Western Galilee Medical Center in Nahariya, at $20,000 per bus.

“It’s not so complicated,” Kahana says. “My goal is 4,000 kids by the end of the year and I need more money for that. Unfortunately, the conflict won’t end tomorrow and it’s way too big for Moti Kahana.”

Kahana’s made-in-Israel emergency relief packages and medical missions are motivated not just by humanitarianism but by his love for Israel.

“I care first about my own people, so I want to help the Syrians to be good neighbors,” he explains. 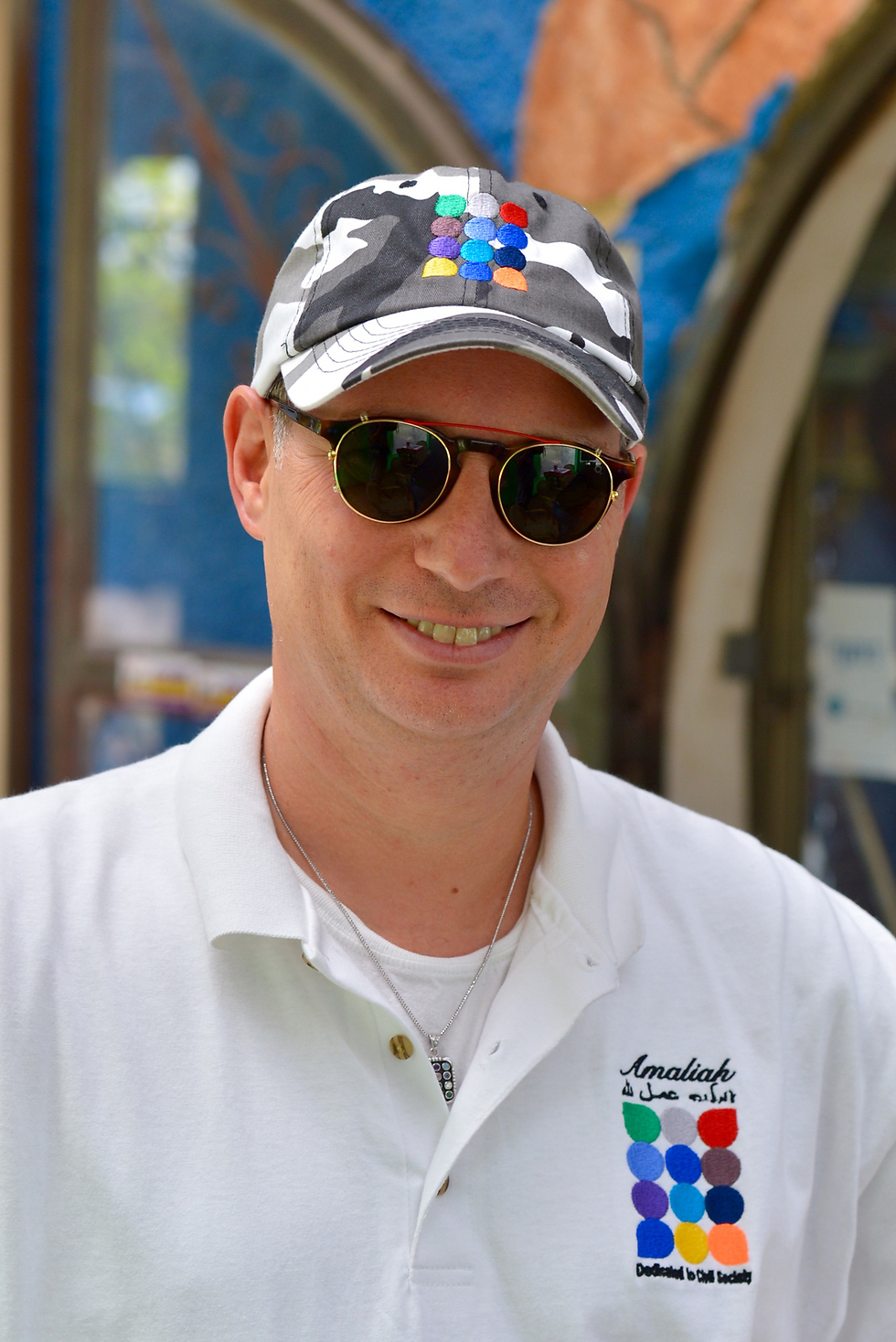 “Kids aren’t going to school and have no food, and that’s why they’re joining ISIS. Helping the other side doesn’t mean entering Syria [militarily] but helping them to help themselves so we don’t have to enter.”

The Israeli military fully cooperates with such efforts with the understanding that helping their Syrian neighbors get back to normal life is essential for Israeli security, Kahana says.

“Israeli NGOs know that rebuilding Syrian schools and hospitals doesn’t mean the people will love Jews and Israelis. But if we don’t do that, ISIS will do it and bullets will be flying over the fence.”

A startup type of guy

Kahana’s rags-to-riches story has some unusual twists, which he is documenting in an autobiography to be titled “Looking for God in Syria.”

Born in Jerusalem 48 years ago to Romanian parents, he was a toddler when his father died. When he was four, his mother married a Druze man and moved him and his two siblings to a Druze village in northern Israel.

After finishing his military service in 1991, Kahana went to the United States for a vacation and ended up staying. He and his wife, who works for the American Committee for the Weizmann Institute of Science, have three children.

Kahana devoted his creative energies to building businesses including Rent2Buy, which he sold to Hertz. “I’m a startup type of guy,” he says.

While in Libya on business he met a Syrian man living in the United States, who told him that Assad’s government was shooting its own people. This struck a chord with Kahana; he says it reminded him of how the Romanians killed their own Jewish citizens during the Nazi era. 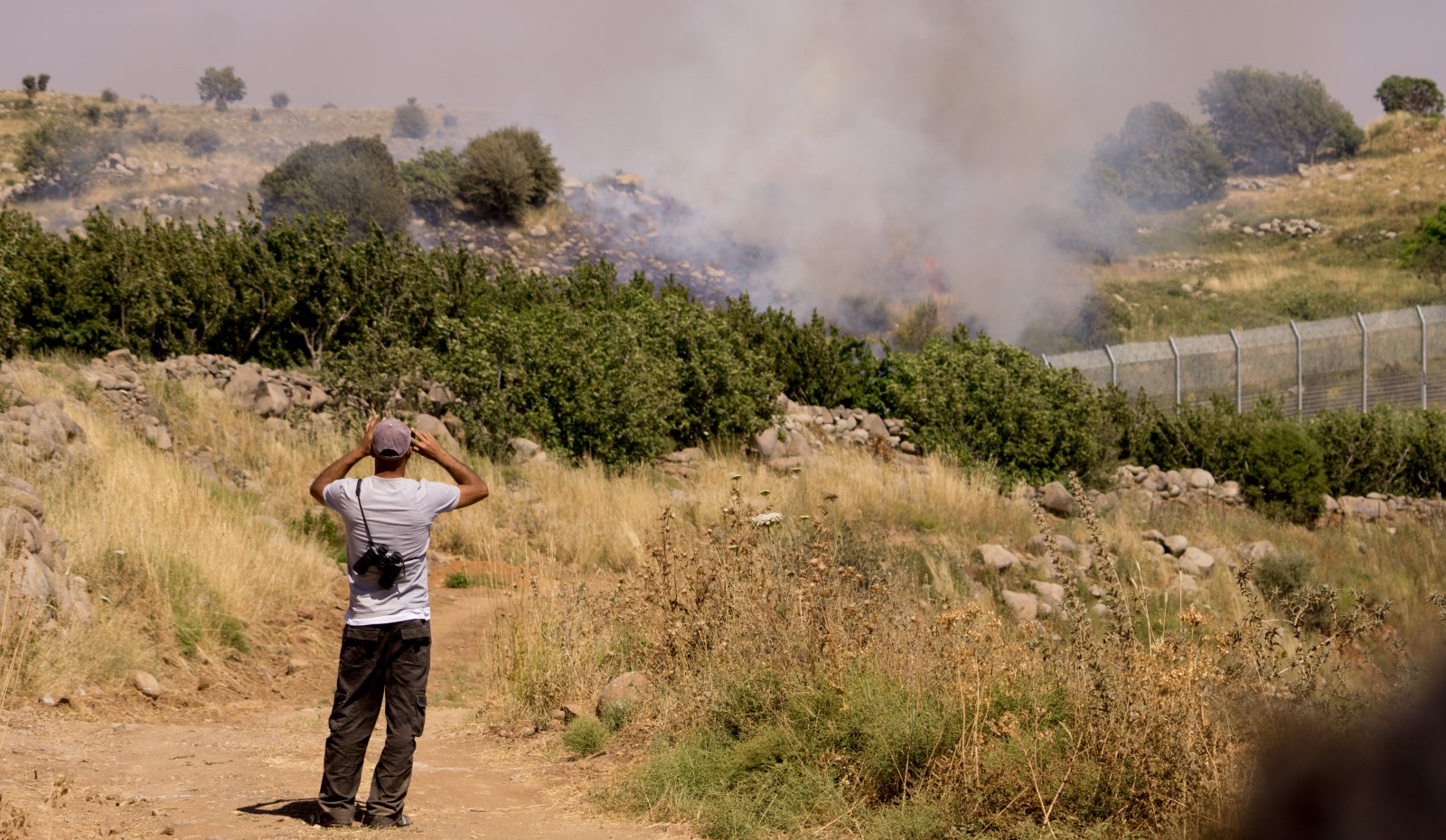 A resident of the Golan Heights in Israel watching the Syrian fighting over the border. Photo by Basel Awidat/FLASH90

In 2011 he started donating to Israeli NGOs helping Syrians. In 2012 he founded Amaliah (named for his mother) and worked closely with opposition groups inside Syria before implementing what he calls “humanitarian diplomacy.”

Kahana now is working to establish a “safe zone” near the border where Amaliah could work with Israel to set up a field hospital and schools for repatriated Syrian refugees.

“Ultimately, our objective is to create a stabilized environment that will catalyze the rebuilding of Syrian civil society, and pave the way for friendly and supportive relations with Syria’s neighbors,” says Kahana, who is seeking likeminded funders.