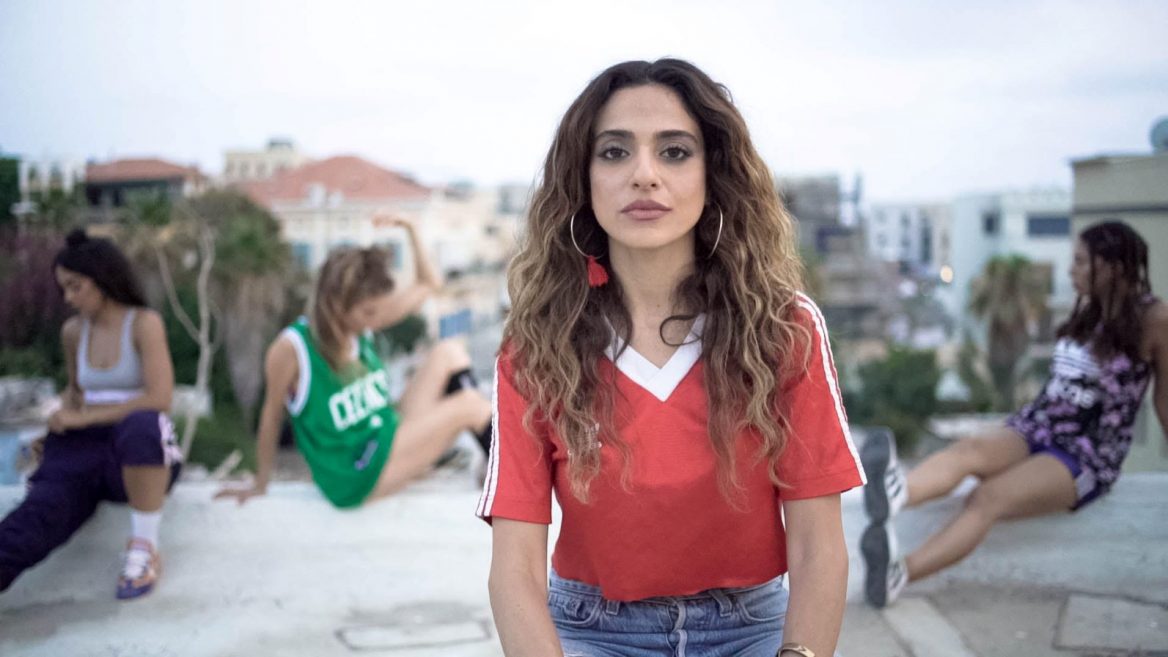 Magi, the stage name of Maggie Hikri, has roots in Yemen and Iraq. Photo via Facebook

It has the makings of any girl-powered hip-hop video, but another element takes center stage here: The song is not in English or even in Hebrew, but in Arabic, with the Eastern melody and beats to match.

For an Israeli-Jewish artist who grew up on the streets of Tel Aviv, this may seem like an unlikely twist, but only if you don’t know the real Maggie Hikri.

“I used to steal my older brothers’ CDs, sit in my room and sing for hours. I was always attracted to the thought of singing in Arabic, but the opportunity came to do so professionally when I started working with English music producer Juno Reactor. From there I started to hear and learn the language and my family’s roots,” says Hikri.

Modern though her music may be, Hikri also credits the Yemenite synagogue in her neighborhood as one of her musical influences, alongside soul, funk, hip-hop, electronic beats, and the legendary Egyptian singer Umm Kulthum, whose records her Iraqi grandmother played in their house.

“Me and Ron met, I sang to him Yemenite hymns while he played, and we just clicked and started gathering materials and writing an album together.”

In the past, Hikri has collaborated with Orphaned Land, a group that sings in English and has a large following in Turkey and Iran; and Haim Laroz, who sings in Hebrew.

“Alashoo” is filled with thoughtful stripped-down flowing vocals and romantic poetry that reminds one of far-away lands. Tracks such as “Salaam We’al Bint” and “Taala” weave a harmonious tapestry of new and old styles.

Hikri’s album, completely in Arabic, captures the soothing yet chilling sounds that are a signature of the genre. This is a chunk of soul and part of a valid Israeli identity seldom seen in the mainstream. It is a window into the homes of immigrants who came from Yemen and Iraq, as Hikri’s family did.

“When I started working on the album a few years ago, I did not think anyone would want to hear my music in Arabic. Since the songs are a nod to the music of the past, they speak to a wide range of people and it’s amazing to see: It could be a father of a friend for whom the song reminds him of a melody from his mother’s house, or a group of people who have never heard Arabic music before, but who find themselves swaying with the groove. I would like to continue to expose as many people to this kind of music as I can, and perform all over the world,” she says.

If you ask for my soul, I’d give it to you

I’ll take care of you very carefully; you mean more than the apple of my eye

I spoiled you and you’re the root of my mind

I always see you sad

If you ask for my soul, I’d give it to you

I’ll take care of you very carefully; you mean more than the apple of my eye

You stab me with your arrow and you score

You promise me but you disappear

You torture my heart and I support it