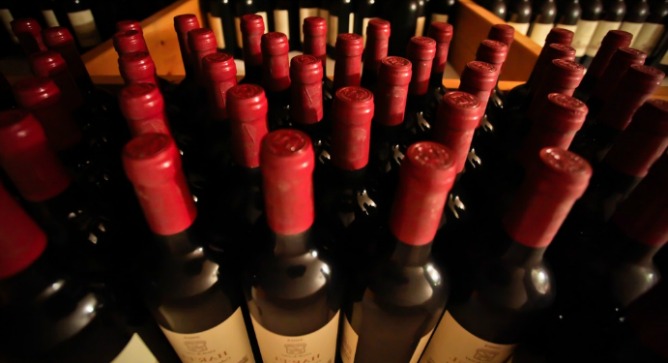 Israel’s wine industry has become a favorite topic of conversation among the world’s top connoisseurs. A country with scarce farm land, Israel nonetheless continues to produce top-quality merlots and sauvignons.

“Wine has been made in the Holy Land for millennia, but Israel’s wineries have come into the modern age since the 1980s, when producers began borrowing vinification techniques from France and the US. The region’s wines are getting better all the time, and some are superb,” writes leading US wine critic Robert Parker.

“Israeli wine has been transformed in the last 20 years by producers who have imported wine expertise to go with their existing technological and agricultural prowess,” writes Johnson.

There are more than 300 wineries in Israel, ranging from small boutique enterprises to large commercial production plants. The biggest jump in business has been in the boutique marketplace.

Shoham recommends visiting the vineyards, not just purchasing their products.

“You see people who have fulfilled their dream and you taste it in their wine,” says Shoham, who has been on the forefront of the Israeli wine industry for more than 25 years. “It’s not like buying a bottle off a shelf and not realizing there’s a person and a temperament that stands behind the bottle. It makes it a more interesting story.”

Sales of Israeli wines stand at $315 million per year, according to Wines Israel, and the country exports some $30 million worth of wine annually. The main importers of Israeli wines are the US, France, the UK, Canada, Poland, Germany and Holland.

“Once, recommendation of Israel wines was mostly of a sentimental nature. That is no longer necessary,” writes Frank Prial in the New York Times.

If that’s the case, it’s time to raise a l’chaim to Israeli wine. ISRAEL21c checked in with the experts for the 10 best boutique wineries in Israel today. Drink up and enjoy.

Yair Margalit – a chemist turned winemaker — is credited with starting the boutique winery trend in Israel when he founded Margalit Winery in 1989. “He was way ahead of everyone else. He taught everyone else,” says Israeli wine expert Oded Shoham.

The family-run venture on the Mediterranean coast specializes in red Bordeaux blends. The wines constantly reap praise from the world’s best wine experts. Margalit is one of four wineries to score 93 points from Robert Parker’s Wine Advocate (Domaine Du Castel, Clos du Gat and Yatir are the others).

“The Margalit winery started as a boutique and never swayed away from that. It stayed small but with extremely high-quality wine. It stayed true to its course and this makes it the best winery in Israel,” says Shoham.

The winery is open to the public in springtime. 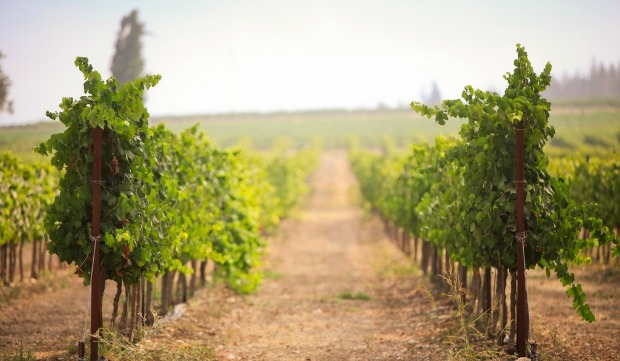 Winemaker Eyal Rotem is equally renowned for the way he grows his grapes as for the wine he produces. He invested a lot of time in learning the land and experimenting with grape varieties to produce his top-tier wines.

The name Clos de Gat is a play on words – clos means “enclosed vineyard” in French while gat is the Hebrew word for an antique wine press. 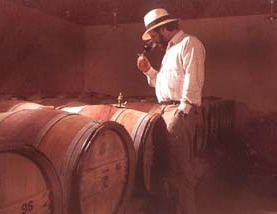 Eli Ben-Zaken, a former poultry farmer/restaurateur, turned his hobby of winemaking into an award-winning business. Ben-Zaken credits the winery’s success to the family’s personal involvement in all aspects of the business – from viticulture to winemaking, management to distribution.

The winery was established in 1998. The vineyards are at an average altitude of 700 meters in the Judean Hills.

In the December 2012 version of Parker’s Wine Advocate annual tasting of Israeli wines, he highlights Domaine du Castel as one of the “most successful wineries over the [past] five years . . . Castel has had no less than 13 wines being awarded 90 points or more.”

In the village of Nes Harim, southwest of Jerusalem and at an elevation of 700 meters, winemaker Yossi Yittach has created a perfect balance between age-old harvesting methods and cutting-edge technologies.

This family-owned, upscale boutique winery is best known for its award-winning Wadi Katlav – a blend of Cabernet Sauvignon (50%), Merlot (40%) and Syrah (10%). “A fantastic blend,” says Shoham, who lectures on the history of Israeli wine.

Yittach trained as an architect but decided to fulfill his dream and become a winemaker in 1998. His wines are constant winners at the World Wine Championships in the Kosher category.

Winery open to visitors, but call ahead.

Many of the country’s wineries have kibbutz roots – not so surprising considering these communal villages are experts in agriculture. Former Kibbutz Tzora member Ronnie James (who has since died) is credited with putting Tzora’s wines on the international map.

James was hailed as the Israeli pioneer of terroir (a group of vineyards belonging to a specific appellation, and sharing the same type of soil, weather conditions and grapes) and won the “Eshkol Hazahav” (Golden Bunch) award for his remarkable contribution to Israel’s wine culture.

Tzora harvests from three terroirs in the Judean Hills region. In 2012, Parker awarded three of its wines over 90 points.

The winery is open to visitors Sunday to Thursday 10-5, Friday 9-2.

The Parker-rated Avidan is known for its creative and daring mixes of grape varieties it uses in each of its labels.

The winery is open to visitors Fridays and Saturdays 11-4; weekdays by appointment only.

Not to be confused with the much larger Golan Heights Winery, Chateau Golan is co-owned by three Israelis from very different walks of life — a businessman who lives in London, a farmer and a US-trained fermentation specialist.

The winery opened its doors in summer 1999, combining European traditions with modern knowledge and technology.

“The 2012 Chateau Golan Geshem Pink . . . convinced me that Israeli winemakers could and should make more premium rosé,” wrote David Rhodes on the Hakerem: Israeli Wine Blog.

One of the newest wineries to join the growing Israeli market is Shoshana Boutique Winery near Haifa. Shoshana Vizan, owner and vintner, learned the craft from leading Israeli winemaker Arkadi Papikian.

Founded in 2006, Vizan is “really shocking everyone with great quality wine,” says Shoham.

The winery produces just 5,000 bottles annually. Vizan has yet to create a website of her own but her wines are mentioned repeatedly in Israel’s numerous wine-oriented publications as well as on international awards lists.

First-class El Al passengers will recognize the Bazelet HaGolan red wines. The winery was founded in 1998 in Moshav Kidmat Zvi in the Golan Heights and uses Cabernet Sauvignon grapes in two series: Bazelet and Reserve.

Bazelet (“basalt” in Hebrew) refers to the volcanic soil of the Golan Heights. The Bazelet series wines are intended for earlier drinking while the wines from the Reserve series are usually oaked for approximately 20 months and benefit from moderate aging. Wine expert Shoham terms them “big wines.”

The winery is open to visitors Sunday to Friday 9-3, but call ahead.

Located in the same community as Bezelet HaGolan, Assaf Winery uses seven varieties on 12 acres of land. Winemaker Assaf Kedem harvests each vineyard separately – and by hand – to maintain strict control over every cluster.

The Kedem family planted its first vineyards in 1990 and began producing wine in 1997.

The late wine connoisseur Rogov was a huge fan of Assaf’s Cabernet Sauvignon Reserve series, and awarded him rankings over 90 for five consecutive years.

In addition to its wine, Assaf offers visitors the best look into boutique wineries in Israel. The family built the first Israeli “wine village,” which includes a visitors center, guest cabins, gourmet restaurant and the vineyards.

The winery is open to visitors every day from 11-4; call ahead.