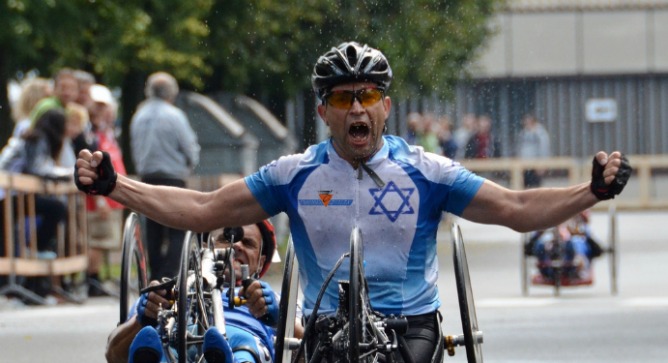 A paraplegic sailor, a blind marathon runner and a quadriplegic cyclist are among the 25 athletes who will represent Israel at the Paralympics, the Olympic Games for people with disabilities, in London from August 29 until September 9. Altogether, about 4,200 athletes from 150 nations will compete in 20 different sports, grouped by the severity of their disability.

Israel has won 113 medals since the games were inaugurated in Rome in 1960 for wheelchair athletes. Now the competition is open to qualified sportsmen and women with visual and physical disabilities of all kinds.

Traditionally, the majority of Israeli participants became disabled in combat or terror attacks, and in the early days they didn’t face much serious competition. That is changing, says Israel Paralympic Committee secretary general Ron Bolotin, holder of 11 Paralympic swimming medals.

“Our success was much higher in 1968 to 1988, when Israel was one of the pioneer nations in Paralympic sports,” he tells ISRAEL21c. Israel hosted the Paralympics in 1968, when the summer Olympics were held in Mexico. Today, the two events take place in the same venue a couple of weeks apart.

“Back then, it was not very professional and not many countries invested in it. Since the 1990s, and for sure for the last 10 years, it’s professional and elite and so it’s getting much more difficult,” says Bolotin, who will be among two dozen staffers, coaches, escorts and medical personnel accompanying Israel’s delegation to London.

He explains that world-class athletes begin training in childhood, yet many of Israel’s best competitors began training at the IDF Disabled Veterans organization’s Beit Halochem sports centers after getting injured in their 20s. 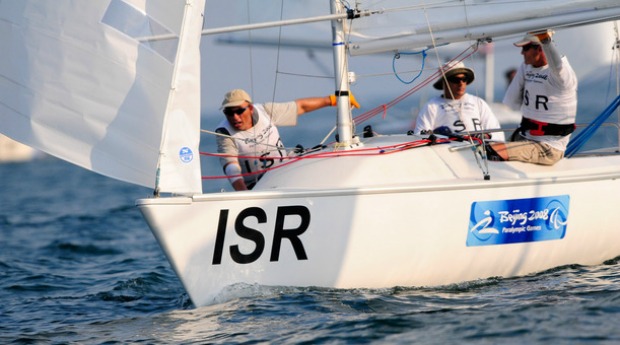 “So now we are searching for [disabled] children to start early, or for someone who was a professional athlete before getting disabled,” says Bolotin, a competitive swimmer before losing his leg to a landmine in 1975. 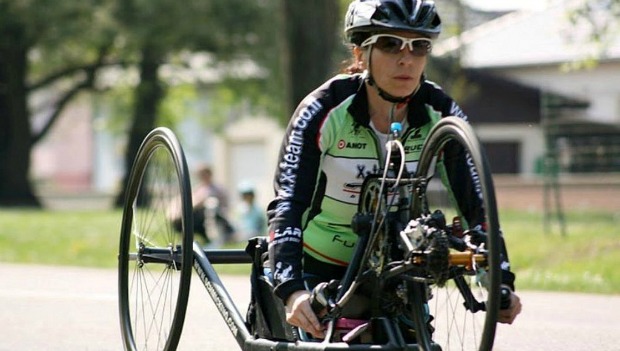 Six years ago, she woke up one morning feeling strange and within hours was completely paralyzed. She’d suffered a rare spinal stroke. After three months in rehab, during which she regained some muscle function, Samuel returned to school and became a pediatric physical therapist.

“Being an athlete for so many years, I knew I had to work hard to win outside the basketball court,” she tells ISRAEL21c. “All your priorities are very centered on being an athlete and concentrating on the things you have to do to get better, so it’s a part of who I am.”

On her 27th birthday she began training with Israel’s national women’s wheelchair basketball team and went on to become the sole female on the men’s team of Tel Aviv’s Beit Halochem. Though the team won several national championships, it was not going to qualify for the Paralympics, so the committee urged Samuel to try something else.

“I chose rowing because I’m tall with long, strong hands,” she relates. “I started in November 2010, and the next May I won the bronze medal at the World Cup in Munich.” 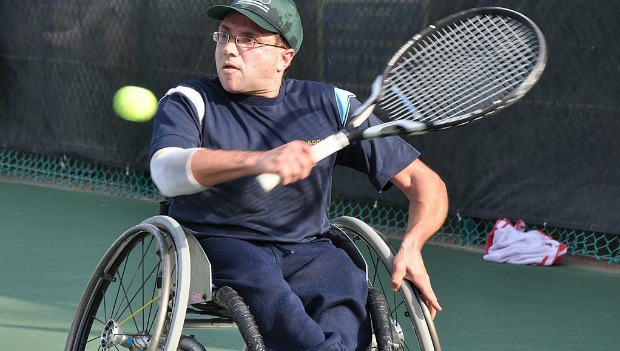 She took third place in the 2012 world championship as well, which qualified her for the London Paralympics. Samuel has taken a few months off from work to practice three hours every morning and afternoon at Daniel Rowing Centre in Tel Aviv. “I want to do the best I can to bring back a medal from London,” she says.

Aside from Samuel and a few others, most of Israel’s Paralympic team only started training after their disabling illness or injury. Nevertheless, their achievements are impressive. 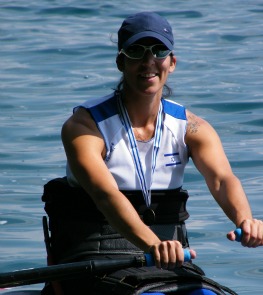 Sailors Dror Cohen, Arnon Efrati and Benny Wexler – 2004 gold medalists — and handcyclists Nati Gruberg and Pascale Berkowitz all came to the Paralympics through the Israeli organization Etgarim (Challenges), which offers recreational and competitive sports training for the disabled.

Etgarim, IDF Disabled Veterans and ILAN are among several organizations under the umbrella of the Israel Sports Association for the Disabled that sponsor and train Israeli Paralympic athletes.

“We first participated in Sydney in 2000, in handcycling, sailing and running,” says Guy Solomon, Etgarim’s head of competitive sports and chairman of handcycling for the Israel Paralypmic Committee.

“All of our athletes begin recreationally, in courses we do around the country for 5,000 adults and children. Most of our activities are not competitive, but for those with the talent and the will to do that, we give them equipment, coaching, support to go to national competitions, medical and psychological support – everything professional athletes need. I monitor their training program and speak to them every other day to make sure they have what they need and follow what they need to do,” says Solomon. 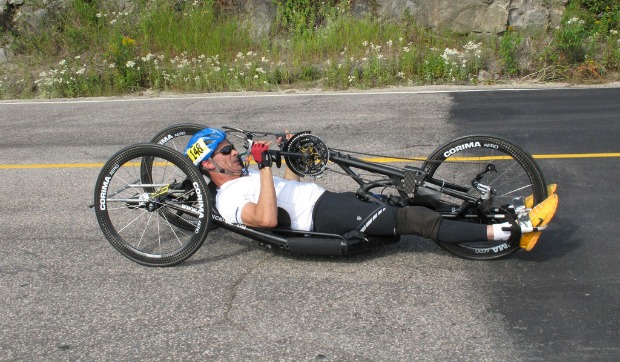 Gruberg, 42, tells ISRAEL21c that until a 1999 motorcycle accident left him unable to walk without crutches, he was a paunchy couch potato. Through Etgarim – and a lot of hard work — Gruberg became the national handcycling champion in his category.

Berkowitz, raised in France, lost both legs in a train accident at age 17. Now 44, she is the mother of two, a novelist and documentary filmmaker in addition to being a top Paralympic athlete who represented Israel in rowing at the 2008 Beijing Paralympics. Today, she is the Israeli handcycling champion in her category. 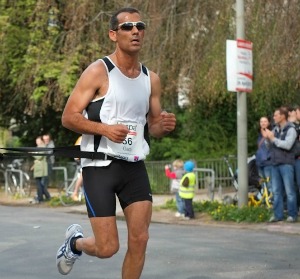 Cohen, a former fighter pilot, was paralyzed from the waist down in a car accident in 1992. An aficionado of extreme sports, Cohen was among the founders of Etgarim and became the Paralympic world champion in Sonar sailboats along with teammates Wexler, 49, who lost a hand in combat in Lebanon; and Efrati, 60, who lost part of his arm during the Yom Kippur War. Bolotin believes these three sailors are good bets for bringing home an Israeli Paralympic medal.

Watch for these winners

Kramer, 34, directs ILAN’s Israel Sport Center for the Disabled in Ramat Gan, one of the largest centers of its kind in the world. He’s a prime example of the kind of athlete Bolotin sees as Israel’s best hope for Paralympic fame: Born partially paralyzed in his left arm and both legs, Kramer began playing adapted sports when he was just five, excelling in wheelchair basketball and tennis.

Kramer and Weinberg will be joined by 28-year-old Noam Gershoni, who learned to play wheelchair tennis at Tel Aviv’s Beit Halochem after being severely wounded in a helicopter crash in the Second Lebanon War. Gershoni has competed successfully both against and with his Paralympic teammates in the past year.

“Our tennis delegation will be one of the strongest teams in the world,” predicts Bolotin. 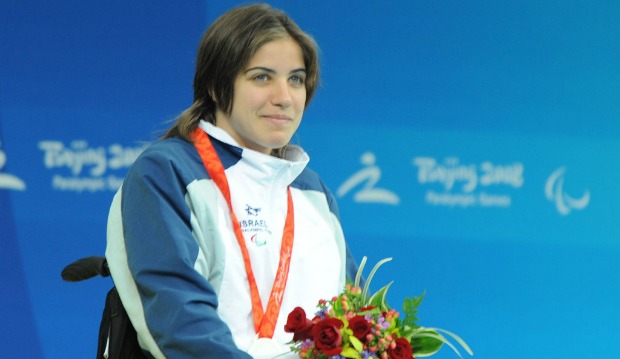 Other athletes he’s expecting to do well are quadriplegic handcyclist Koby Leon; rifle shooter Doron Shaziri, who’s won a medal in every competition for the last 10 years including a bronze in Beijing; Gershoni in singles wheelchair tennis; and former swimming gold medalist Itzhak Mamistvalov, who uses only one arm because of cerebral palsy and recently broke two world records in his class.

Both Olympic and Paralympic medalists divide a pot of about NIS 10,000 in scholarship prizes. Recently, Israel’s Supreme Court ruled that Olympic and Paralympic activities must be equally funded. Solomon and Bolotin expect that when this ruling is fully implemented, it will significantly boost Israel’s chances of bringing home the gold. 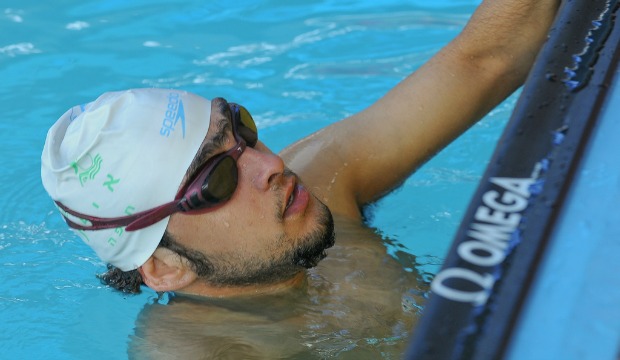 UNCOVER ISRAEL - Get the ISRAEL21c
Weekly Edition free by email
Sign Up Now!
Bring Israel's story to life.
Millions of people around the world rely on us to gain a deeper understanding of Israel. We are the trusted source for original content you won't find anywhere else.
You can make a difference. Donate today to support journalism that brings Israel’s story alive.
SUPPORT ISRAEL21c
Read more on:   Activism, London, Paralympic Games, Social Action