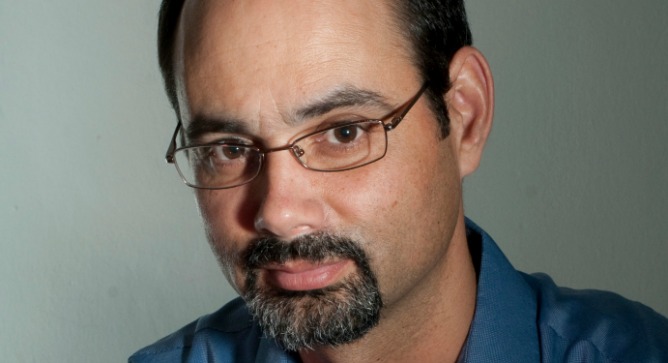 “There is no neurological syndrome that has nothing to do with the immune system,” says Prof. Alon Monsonego. Photo by Dani Machlis/BGU

An intricate dance goes on between our immune and neurological systems, and by analyzing the microscopic choreography, Israel’s Prof. Alon Monsonego has made a unique discovery.

As he explains in the April 29 European Journal of Immunology, chronic stress leaves us more vulnerable to developing an autoimmune disorder.

“We believe there is no neurological syndrome that has nothing to do with the immune system,” Monsonego tells ISRAEL21c.

When we experience an episode of acute stress – a traffic accident, for example – our adrenal glands get a message to release the hormone cortisol, otherwise known as the stress hormone.

Cortisol temporarily suppresses the immune system and adds glucose (sugar) to the bloodstream in seconds, giving our bodies optimum power to get through the dangerous or frightening episode.

But when we experience chronic stress – say, caring for a relative with Alzheimer’s or working in a pressured profession – we’ve got low levels of cortisol coursing through our blood all the time.

After awhile, the constantly present stress hormone permanently damages immune-system cells, and the ones that survive become aggressively resistant to the hormone.

In other words, chronic stress causes a breakdown in the normal regulation of the immune system. And that can lead to autoimmune diseases, where we produce antibodies that destroy our own tissues. Some of these 80 diseases include multiple sclerosis, rheumatoid arthritis and Type 1 diabetes.

“Which one you develop depends on genetics and environment,” Monsonego says, adding that chronic inflammation from conditions such as arthritis also triggers the release of cortisol.

Next step: a test to measure effects of cortisol

Using chronically stressed lab mice exposed to a disease similar to multiple sclerosis, Monsonego and Ben-Gurion University of the Negev colleagues Dr. Idan Harpaz and Prof. Hagit Cohen showed that the mice were more prone to develop the disease than they were under normal conditions.

The effect was more significant in female mice than in male mice. Not surprising, since more women than men develop autoimmune disease.

The Israeli team’s revelation of the mechanisms that cause damage to immune system regulation is unprecedented.

The potential practical applications of this discovery are immense.

Because not everyone reacts to stress in the same way, a blood test to measure the effect of cortisol on immune-system functioning would provide a valuable tool for preventing an autoimmune disease from developing, he says.

“It may be that a certain lifestyle is not stressful to one person but it can be very stressful to someone else. If someone is in danger of any type of chronic stress, we may not know when they’re at a point of [immune system] damage, and this can help people pay attention to it and reduce stress before they get sick.”

He advises that exercise, proper nutrition and stress management are essential to keep psychological stress from causing physical illness.

For people who already suffer an autoimmune disease, the same blood test would help physicians determine appropriate doses of the synthetic cortisol (steroids) generally prescribed to people with these diseases.

“It is well-known that patients respond differently to treatment with steroids, and we like to limit steroids as much as possible,” says Monsonego. “But at some point they do not work. Patients develop resistance and you don’t know this if you can’t measure.

He hopes his research will lead to a way of determining from the start if the patient is resistant to steroid therapy.

Monsonego, who describes his field of neuro-immunology as “an attempt to understand the dialogue between the neurological and immune systems,” is now completing a study with his collaborators on the physical effects of chronic stress on early-stage Alzheimer’s patients and their spouses.