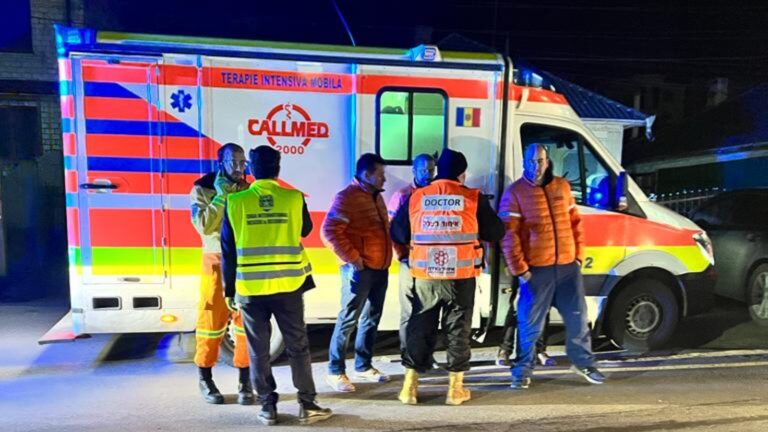 United Hatzalah personnel during the transfer of an injured Ukrainian family at the Ukraine-Moldova border. Photo courtesy of United Hatzalah

In a joint operation headed by Miami physician Dr. Zev Neuwirth, United Hatzalah of Israel, ZAKA, and Hatzolah Air joined forces to aid and evacuate a family injured by a Russian bombing inside Ukraine.

Several of the family members were in serious condition and others in moderate condition after a Russian airstrike hit their apartment complex in Chisinau.

First, an emergency team from ZAKA, an Israeli emergency rescue and recovery organization, transported the family to the free zone on the Ukrainian and Moldovan border.

There, the family was handed off to United Hatzalah of Israel, which has personnel stationed at the border assisting refugees. (Click here to read more about their efforts.)

United Hatzalah brought two ambulances to transport the family and worked with border officials, with the help of Israeli Foreign Ministry representatives, to speed the process of crossing into Romania.

Neuwirth and paramedics and EMTs from United Hatzalah cared for the passengers during a three-and-a-half-hour drive into Romania, where New York-based emergency flight organization Hatzolah Air was waiting with a plane brought from the United States for this mission. They airlifted the Ukrainian family to a hospital with a trauma facility. (Editor’s note: The family was transferred on March 7 for further care to Hadassah Medical Center in Jerusalem through the efforts of Magen David Adom volunteers and Hatzolah Air.) 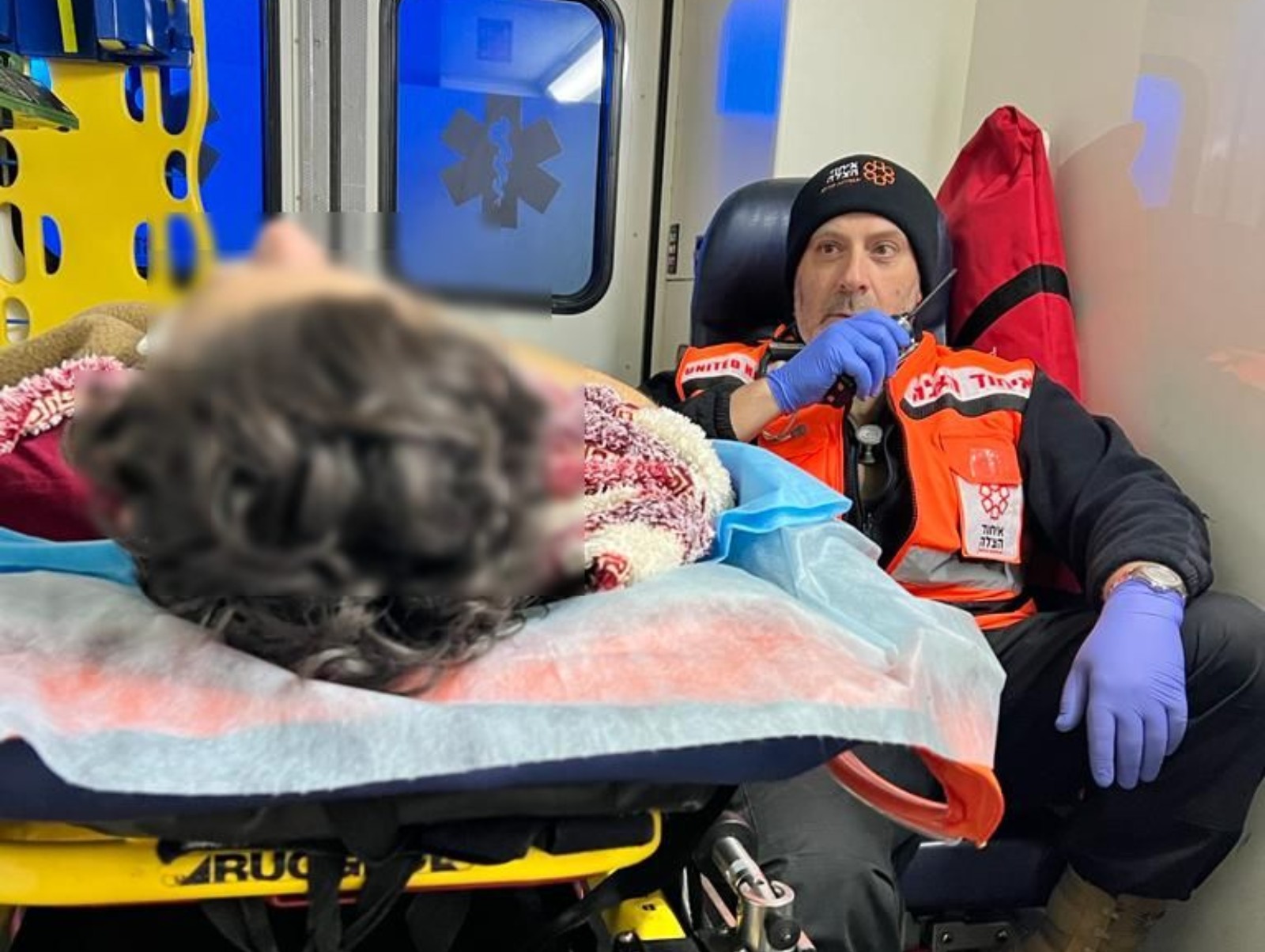 Dr. Zev Neuwirth with one of the patients in transport in Romania. Photo courtesy of United Hatzalah

“This was a joint operation and would not have succeeded without the effort of all three organizations,” said Neuwirth, who is working with United Hatzalah’s Israeli team on behalf of Ukrainian refugees. (Hatzalah is Hebrew for “rescue.”)

“I am proud to announce that our 50-plus member team from United Hatzalah is now in full operation here in Moldova and standing by to receive, treat, transfer and airlift, refugees and people seeking medical aid as necessary in the region,” he said.

Although the airlifted family is Jewish, Neuwirth added, “We are treating and assisting all refugees regardless of race or religion.”

Meanwhile, more than 2,000 Ukrainians of Jewish ancestry have landed in Israel since Russia invaded Ukraine on February 24. Today, three flights of Ukrainian refugees are slated to arrive from Poland, Moldova and Romania.

In addition, Keren Kayemeth LeIsrael – Jewish National Fund (KKL-JNF) today will be taking in more than 100 orphaned Jewish children ages two to 18, and about 40 staff members, from the Alumim orphanage in Zhytomyr. For at least a month, they will be hosted at KKL-JNF’s Nes Harim Field and Forest Center in the Jerusalem mountains.

UNCOVER ISRAEL - Get the ISRAEL21c
Weekly Edition free by email
Sign Up Now!
Bring Israel's story to life.
Millions of people around the world rely on us to gain a deeper understanding of Israel. We are the trusted source for original content you won't find anywhere else.
You can make a difference. Donate today to support journalism that brings Israel’s story alive.
SUPPORT ISRAEL21c
Read more on:   News, Social Action, Humanitarian Aid, Ukraine, United Hatzalah, ZAKA