Pioneering scientist Dr. Daniel Hillel is this year’s winner of the 2012 World Food Prize. The judging committee announced that Hillel has revolutionized food production in the Middle East and around the world.

“Dr. Hillel laid the foundation for maximizing efficient water usage in agriculture through a method known as micro-irrigation, which has impacted millions of lives,” said Amb. Kenneth M. Quinn, president of the World Food Prize Foundation, upon announcing this year’s laureate. 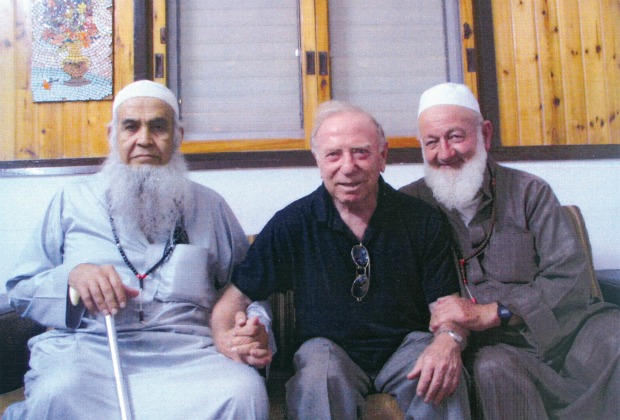 “Water has been a very big topic of concern here in the State Department,” Secretary of State Hillary Rodham Clinton said. “We have tried to focus our government’s attention and the world’s attention on the importance of getting ahead of what will be a devastating water crisis if we are not smarter and more purposeful in addressing the problems now. It’s especially fitting that we honor today someone who has made such contributions because he understood the critical role that water plays in agriculture and the importance of getting every last drop used efficiently.” Hillel, who was born in Los Angeles but raised in Israel, will be formally presented with the $250,000 award in October.

Hillel is renowned for his micro-irrigation methods in bringing water to crops in arid and dry-land regions. The prize committee also emphasized the importance of his dedication to working with people across borders.

“Confronting hunger can bring diverse people together across even the broadest political, ethnic, religious or diplomatic differences,” Quinn said. “Dr. Hillel’s work and motivation has been to bridge such divisions and to promote peace and understanding in the Middle East by advancing a breakthrough achievement addressing a problem that so many countries share in common: water scarcity. It is significant that Dr. Hillel’s nomination for the World Food Prize contained letters of support from individuals and organizations in Jordan, Egypt and the United Arab Emirates.”

Israeli scientists are well-known for greening the desert.

The World Food Prize Foundation noted that Hillel’s water management concepts – promoted by the U.N. Food and Agriculture Organization – have impacted the lives of millions.

“My joy and gratitude at being granted the World Food Prize this year is tempered by the realization that the work this award recognizes is far from complete. The task of improving the sustainable management of the Earth’s finite and vulnerable soil, water, and energy resources for the benefit of humanity while sustaining the natural biotic community and its overall environmental integrity is an ongoing and increasingly urgent challenge for our generation and for future generations. Meeting this challenge will require enhanced global cooperation and integrated scientific research. It is a task, indeed a collective responsibility, that we cannot shirk and must indeed broaden and intensify,” said Hillel in a statement.

The World Food Prize honors efforts to fight global hunger and was created by the American Norman Borlaug, winner of the 1970 Nobel Peace Prize for his efforts to increase food production in developing nations with the use of hybrid crops.