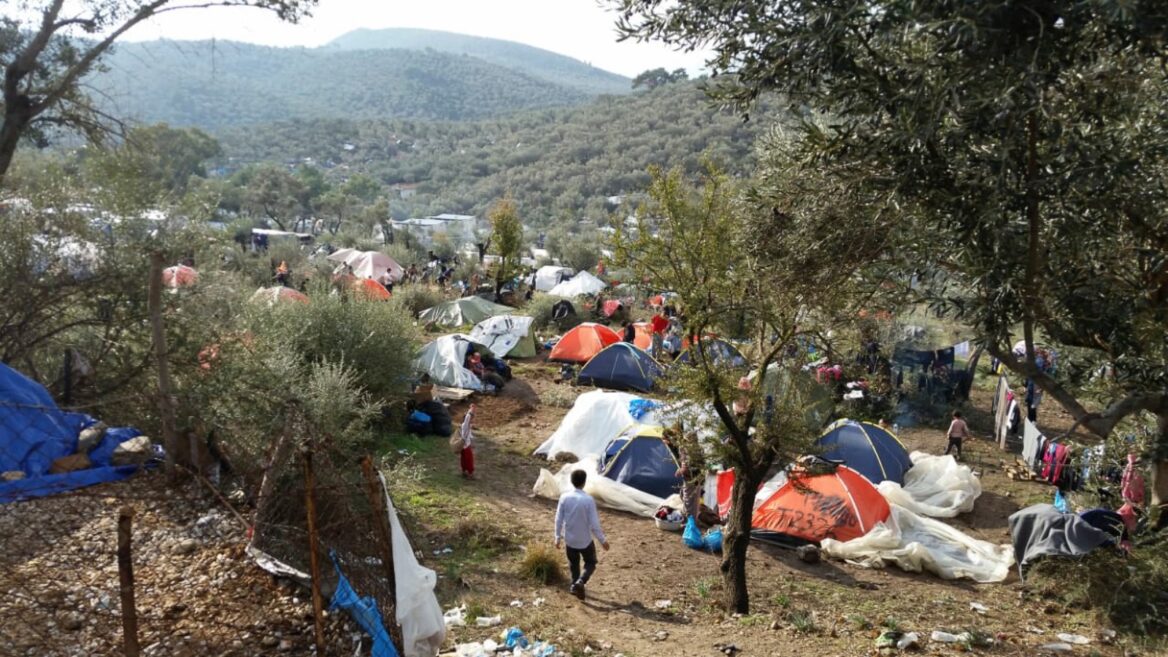 The Moria refugee camp in Lesbos, Greece, prior to the September 2020 fires. Photo courtesy of IsraAID

This week, a series of fires decimated the overcrowded Moria Refugee Camp on the Greek island of Lesbos where Israeli non-governmental humanitarian organization IsraAID has provided medical, psychological and educational support for the last five years.

Moria was teeming with more than 12,000 Syrian, Afghan and Iraqi refugees – around four times its official capacity. 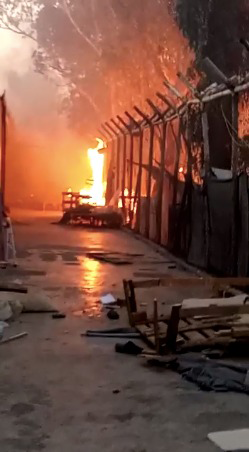 IsraAID workers took this picture of fires raging through the Moria refugee camp at Lesbos, September 8, 2020.

“The images and reports coming out of Moria Refugee Camp today are truly devastating. We are deeply concerned about the wellbeing of the residents, who are left to pick up the pieces with nowhere to go,” said IsraAID CEO Yotam Polizer.

Government officials sent a ship to house 1,000 of the most vulnerable refugees temporarily and are building new camps at two unused army bases.

Meanwhile, IsraAID’s four-person team is in lockdown in nearby Mytilene, strategizing with partners how to provide emergency sleeping bags, tents, hygiene items and psychological first aid to the refugees as soon as access is possible.

“It’s an ongoing scramble to work out what is happening and what we can do,” Danby says.

“Emergency accommodations and free distributions are being arranged by the Greek government and the army, but about 5,000 people from the camp have been sleeping in roads, hills and orchards and the government does not know exactly where they are.”

IsraAID, which began working at the Lesbos camp in 2015 – the year it was founded, had established an informal school at Moria, teaching core academic subjects to as many as 100 children per day. The teachers are from the camp’s population, hired and trained by IsraAID.

“We are in touch with our teaching staff,” Danby says. “They are staying close to the camp and have received some food and water. But it’s very chaotic.”

Before the fires, Covid-19 was taking its toll on the overcrowded camp and indeed on IsraAID’s operations in 14 countries. 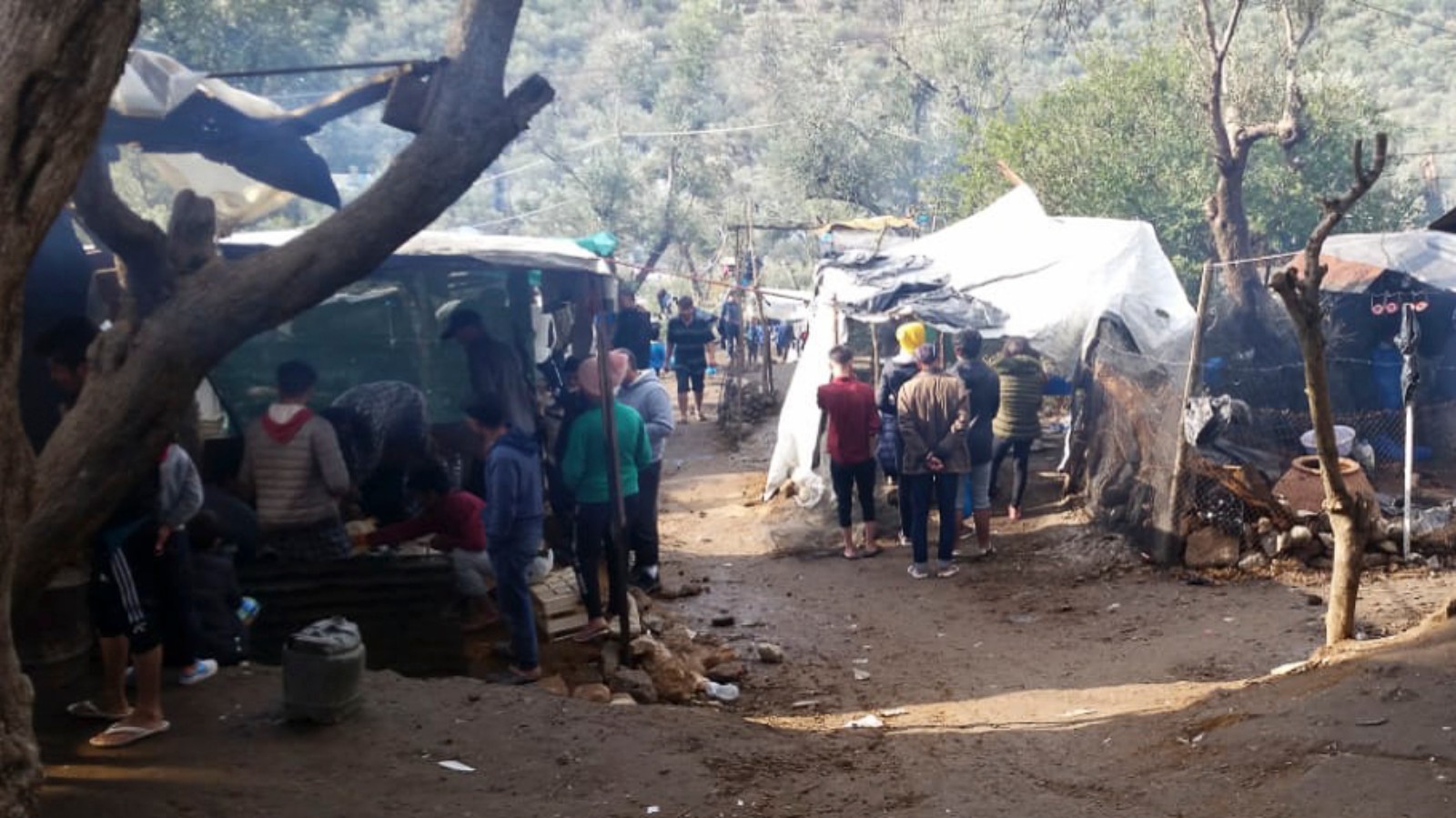 Medical services in Moria refugee camp are meager. IsraAID set up WASH (water, sanitation and hygiene) facilities in the camp to prevent the virus from spreading. Although its Secret Garden Educational Center had to close, the staff continued providing educational and hygiene content to about 80 children and their parents via the Telegram messaging service, says Danby.

But last week, 35 camp residents were diagnosed with the coronavirus and the camp was put in medical lockdown.

“Prior to Covid, living conditions were already terrible and during lockdown they became truly unbearable,” says Polizer.

Authorities suspect some of the refugees started the fires to protest conditions, although other causes of the arson are being investigated.

“Lesbos is a tiny island of 85,000 people, 20 percent of them refugees including over 4,000 children,” says Polizer. “They are now stuck between the camp and the city. It’s crazy that people who were already extremely vulnerable at this largest European refugee camp just became more vulnerable.”

Hope for the future

Polizer explains that from August 2015 to 2018, IsraAID provided emergency medical care to some 100,000 refugees as they arrived on the island’s north shore in search of a better life in Europe. Many moved on to other countries until borders were shut in March 2016.

Since 2018, when Moria became more of a semi-permanent refugee camp than a transit camp, most other international aid organizations working in Lesbos left. IsraAID’s team stayed on to provide education and psychosocial support to refugee children on the island.

“Some of these kids are out of school for years; they are really a lost generation,” Polizer says.

“It’s a unique operation for us. We usually work in natural disasters like earthquakes and hurricanes. This is a manmade crisis that’s very politicized and these people’s lives are in limbo. It’s very hard for us to plan because we don’t know what will happen tomorrow — but it makes our work there very important.”

Polizer has visited Lesbos more than 20 times, often bringing along donors such as Sheryl Sandberg of Facebook. The actress Susan Sarandon visited the Moria camp in 2015. 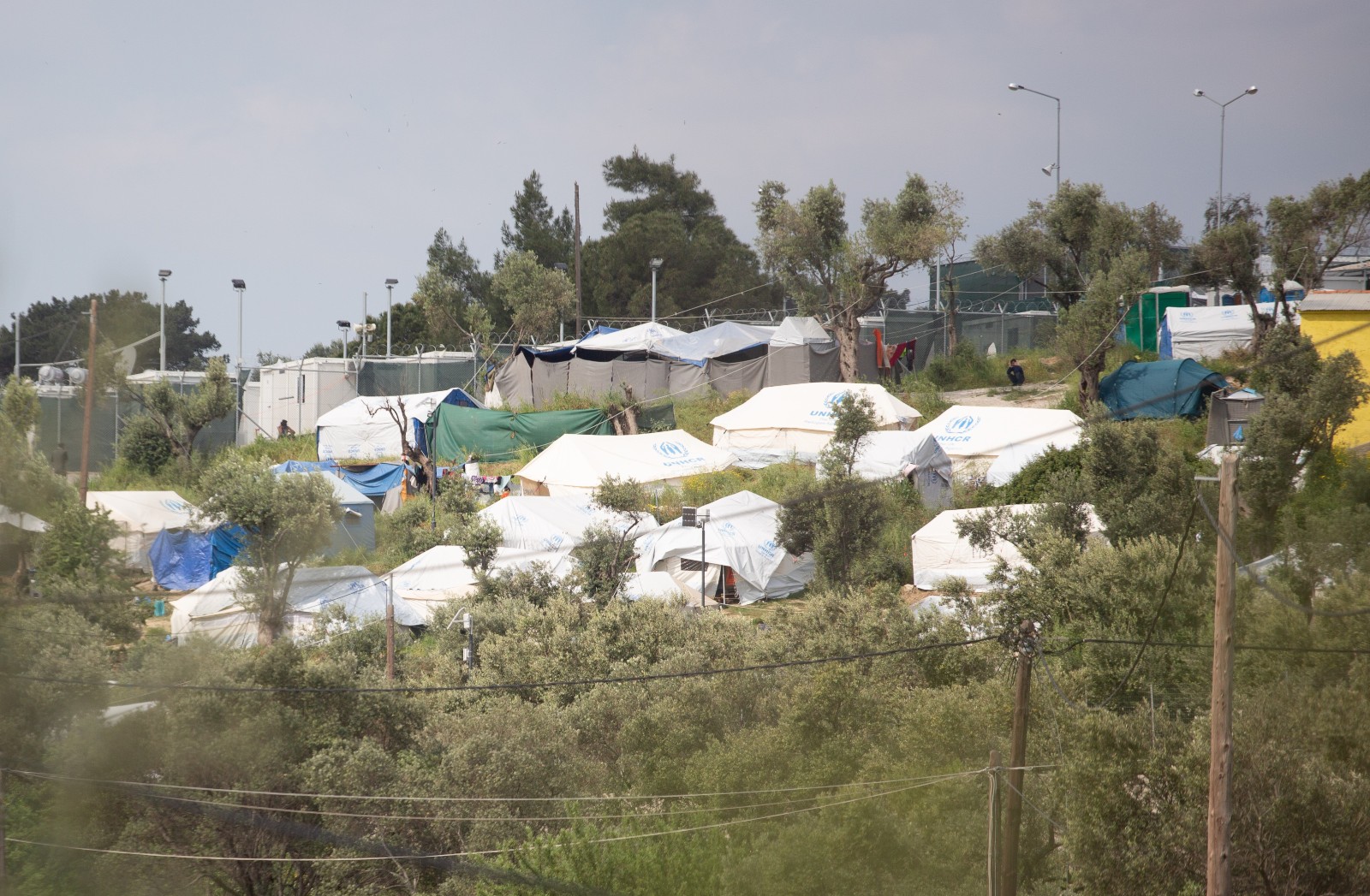 “We can quickly mobilize our team there for meeting needs for shelter,” he says. “The Greek government is in a financial crisis and we can’t rely only on their help.”

The next stage will be working out ways to continue providing mental health and education support to the Lesbos refugees.

“I hope this will be an opportunity for a better long-term solution,” says Polizer. “Perhaps a positive outcome will be a better life for these people.”