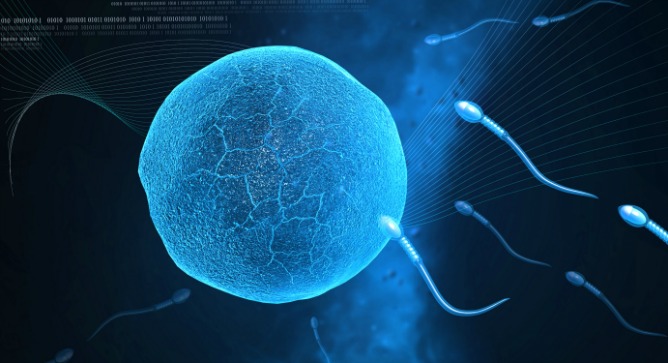 Testosterone therapy improved the sperm count and quality of an Israeli man suffering from infertility. Image via Shutterstock.com

Two Israeli physicians, who set out to masculinize a patient with testosterone therapy, ended up discovering a new genetic mutation and pushing the limits of male fertility.

It all started eight years ago, when a young Israeli man walked into the office of Dr. Karen Tordjman, a senior lecturer at Tel Aviv University’s Sackler Faculty of Medicine. His girlfriend (now his wife) convinced him to find out why his genitals were small and heavily scarred.

Tordjman and her Sackler colleague, Dr. Amnon Botchan, discovered in medical records that two of the patient’s uncles had been diagnosed with androgen receptor insensitivity — a rare condition that results in the body under-responding to the androgen hormones that drive male sexual development.

“There are hundreds of mutations that have been reported in the androgen receptor gene,” Tordjman tells ISRAEL21c. The young Israeli, who had served in a Navy commando unit despite his slight build, had a mutation that had not previously been reported.

Instead of following standard protocol, Tordjman set out on a groundbreaking medical journey that today could change the course of treatment for men with the same condition.

“The treatment was counterintuitive,” she says. “We offered treatment not for his future reproductive capabilities but for his appearance. We didn’t guarantee him anything, but we said we’d try.”

Her research, recently published in the journal Andrologia, may, in coming generations, lead to genetic screening for the newly found mutation of the androgen receptor to identify carriers.

Juggling a toddler and twins

Infertility in men with androgen receptor insensitivity is nearly universal, even in mild cases; and no one with a case as severe as the Israeli patient’s was known to have successfully fathered a child.

“The hallmark of the condition is that they’re sterile,” Tordjman tells ISRAEL21c. “Looking at him back then, it would have been unthinkable that he would become a father. They had a baby about two years ago and a few months ago they had twins, using the father’s sperm.”

That the couple was able to have children through intracytoplasmic sperm injection (ICSI) – the procedure used to overcome male infertility problems in which a single sperm is injected directly into an egg – is truly amazing.

In cases of complete androgen insensitivity, no male sexual development takes place. The result is men who look like women on the outside but have testes inside their bodies. Such cases are often diagnosed only during puberty, when the individuals develop breasts and other female sexual characteristics but do not start menstruating.

In cases of partial androgen insensitivity, which range from mild to severe, the individuals are born with ambiguous genitalia. If doctors determine that surgically creating male genitalia is infeasible, they tend to assign the female gender.

Tordjman’s patient, who reported a consistent heterosexual orientation, had not had sex reassignment surgery or been given androgen treatments to try to enhance his sexual development at birth. But he had undergone operations to correct genital malformations at age three and to remove breast tissue during puberty.

Nearly everything in the books told Tordjman that this rail-thin guy with a smooth face and delicate, feminine features was one of the most unlikely candidates for fatherhood.

But she figured it was worth a try.

To help her patient attain more masculine traits as he requested, Tordjman started him on high-dose testosterone therapy.

“It didn’t make sense to give him testosterone therapy,” she says. “Men with androgen receptor insensitivity produce high testosterone levels. Because the receptor is abnormal, they’re unable to put it to use. At first it didn’t make a lot of sense but we tried it on the basis of another report.”

After several months of weekly injections, the patient appeared dramatically more masculine. He gained 18 pounds — mostly muscle — and grew hair on his face and body. His voice, which had always been high-pitched, did not change. (The voice, says Tordjman, is stubbornly resistant to hormone therapy.)

The treatments continued for four years. The patient and his girlfriend got married and began talking about starting a family.

Before therapy, his sperm count was very low. But it rose along with his changing features.

“What’s novel is that the quality of his sperm improved greatly,” she says. “It reinforced the hope that he might be able to become a father. I think I was more excited than he was.”

At that point, Tordjman took another long shot and referred the couple for fertility treatment.

When Tordjman next saw the patient several years later, he was pushing his baby girl in a stroller. A few months ago, she saw him juggling newborn twins.

Children have a 50 percent chance of inheriting a mutation for androgen receptor insensitivity from a parent. While fathers have typically been left out of the equation given the male sterility associated with the condition, this case will force a rethinking of that belief and encourage the use of testosterone and fertility treatments in men with the condition, says Tordjman.

“There’s nothing revolutionary about what we did. The dogma is that these males are infertile,” she says. “But my message is there’s no harm in trying. In any case like this with partial androgen insensitivity, even if you don’t know where in the androgen receptor gene the mutation lies, testosterone treatment is worth trying. There’s no downside.”